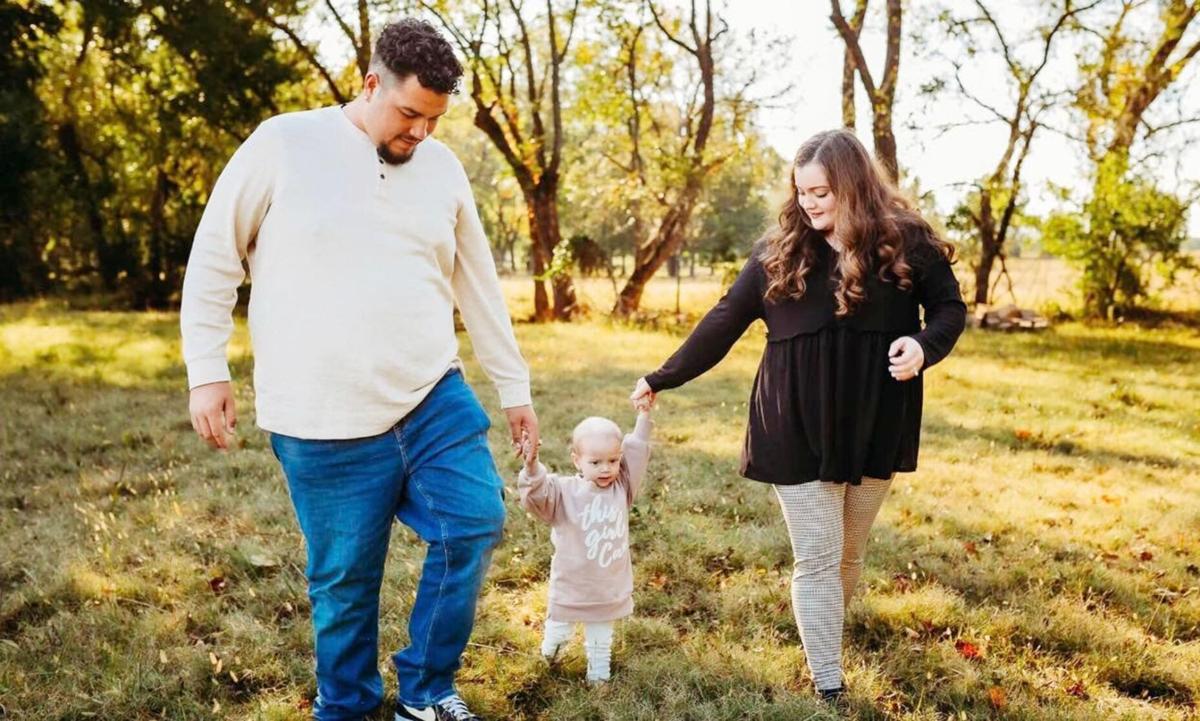 Billie and Katy Ellick take a walk after one of daughter Blakelynn’s cancer surgeries. As Thanksgiving arrives, the Ellicks will celebrate the holiday with family, knowing Blakelynn’s next major procedure — a bone marrow transplant using her own harvested healthy cells — is coming Tuesday. COURTESY | CASSIDY BARRIER 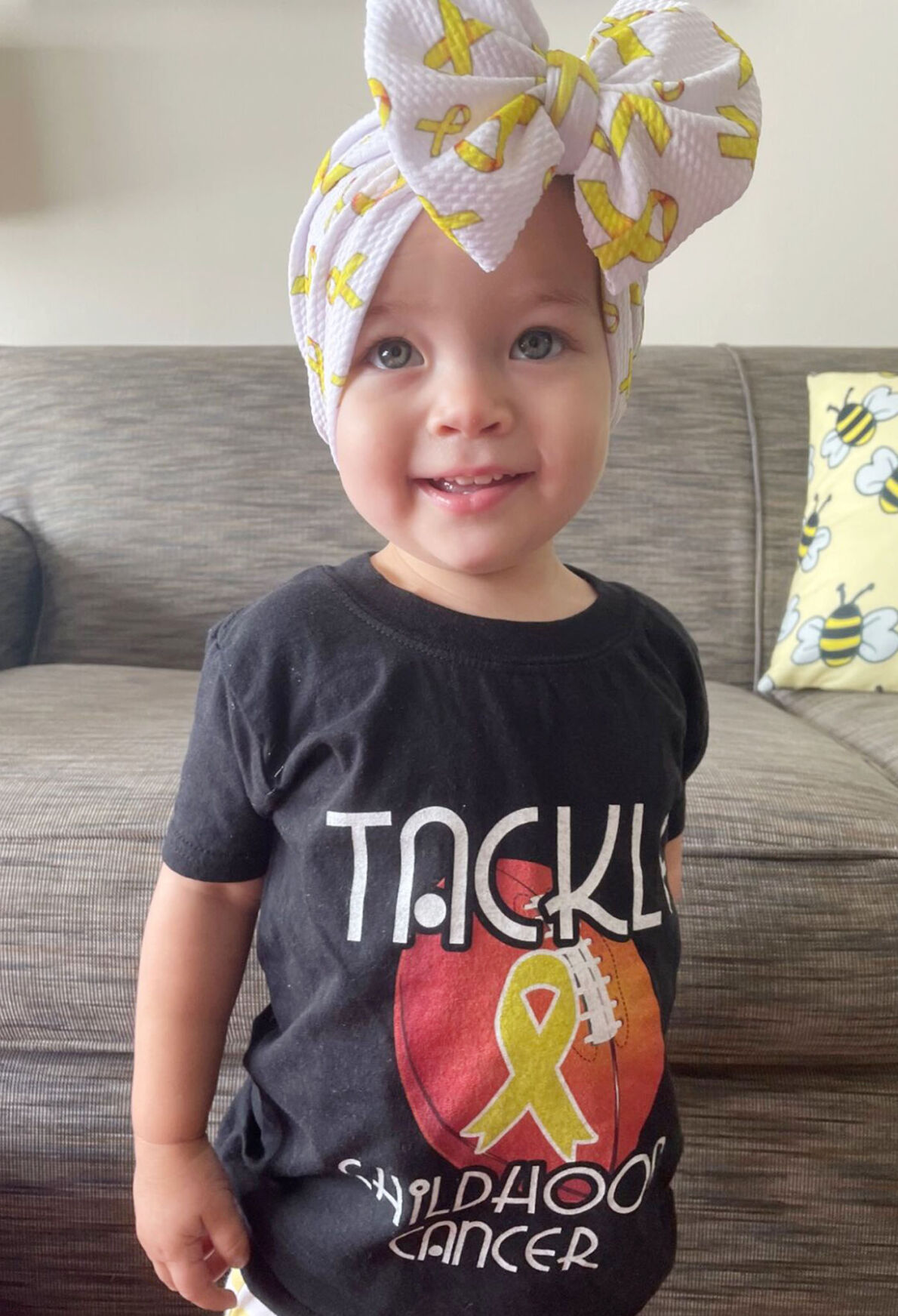 Blakelynn Ellick is scheduled for a bone marrow transplant next week. Courtesy photo 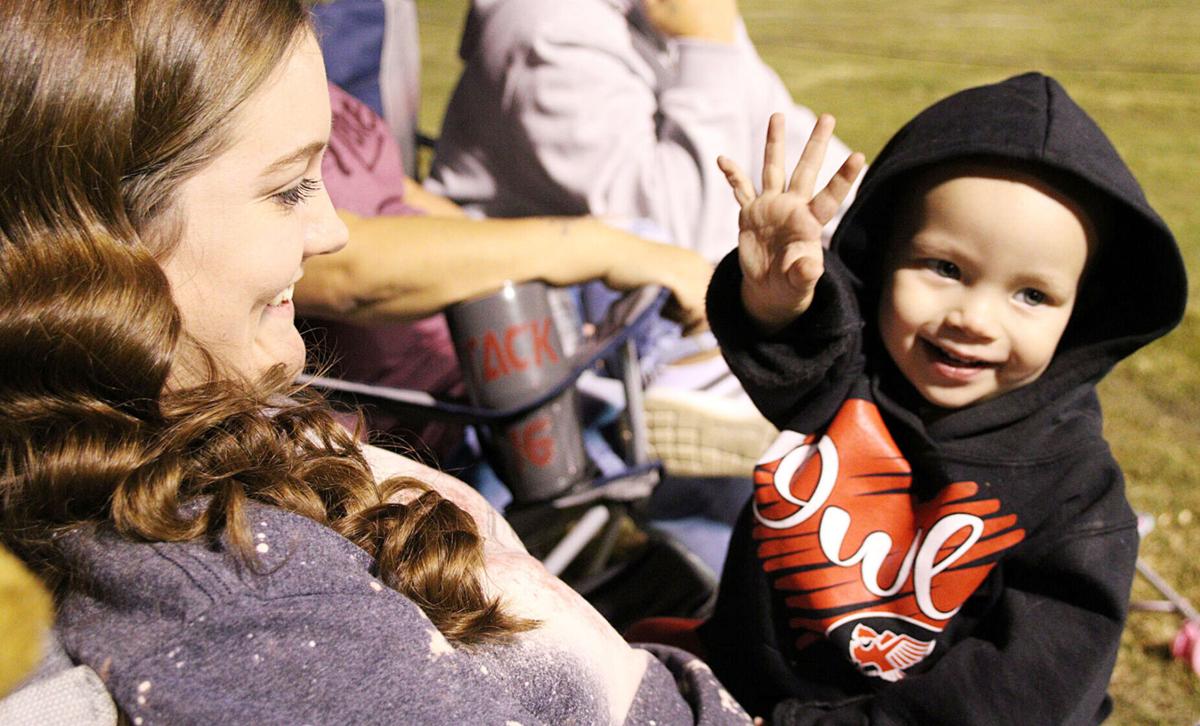 Billie and Katy Ellick take a walk after one of daughter Blakelynn’s cancer surgeries. As Thanksgiving arrives, the Ellicks will celebrate the holiday with family, knowing Blakelynn’s next major procedure — a bone marrow transplant using her own harvested healthy cells — is coming Tuesday. COURTESY | CASSIDY BARRIER

Blakelynn Ellick is scheduled for a bone marrow transplant next week. Courtesy photo

FAIRLAND, Okla. — “Thankful” and “grateful” are two words Katy and Billie Ellick use to describe life as their daughter fights childhood cancer.

“Thankful,” Katy Ellick said, because 23-month-old Blakelynn is “kickin’ cancer’s hiney” as she goes through treatment for neuroblastoma at St. Jude’s Children’s Research Hospital in Memphis, Tennessee. “Grateful,” she said, for the support the Miami family has received from the community since Blakelynn’s diagnosis in July.

As Thanksgiving arrives, the Ellicks will celebrate the holiday with family, knowing Blakelynn’s next major procedure — a bone marrow transplant using her own harvested healthy cells — is coming Tuesday.

“I’m really thankful,” Katy Ellick said. “We’re not cancer-free yet, but we’re a lot closer than we thought we would be.”

The couple met when Billie Ellick moved from Quapaw to Stroud to finish his junior and senior years in high school. They first became “really good friends” before dating. Together for the past six years, the couple married on June 22, 2019, and Blakelynn arrived a few months later on Dec. 5.

After high school, the couple moved to Goodwell so Billie Ellick could play football for Oklahoma Panhandle State University. Katy Ellick jokes that Blakelynn spent the first year and a half of her life hanging out with the men who played football with her daddy and going to sporting events on campus.

The family moved to Northeast Oklahoma in June of this year when Billie Ellick accepted a position as a history teacher and assistant offensive line football coach at Fairland High School. Katy Ellick began working at the Quapaw Learning Center.

On July 2, Blakelynn had a round of routine vaccinations. Later that day, she danced at the Quapaw powwow.

The next day, she began to be lethargic. Initially, health care officials thought the reaction was due to the vaccinations. Her mother said doctors at Integris Miami Hospital worried it might be something else, and they arranged to send Blakelynn for further tests at the Children’s Hospital at St. Francis in Tulsa.

Doctors at St. Francis discovered a 5-inch tumor above Blakelynn’s kidneys, wrapped around blood vessels and arteries — almost like an octopus with tentacles, as Katy Ellick described it.

Initially, the St. Francis doctors planned to remove the tumor and one of Blakelynn’s kidneys. But after further consultation, they determined the best course of action would come by sending Blakelynn to St. Jude’s for further treatment, her mother said.

“The surgeon said this was something St. Jude’s needed to see,” Katy Ellick said.

She said St. Jude’s has been the best place for Blakelynn to receive treatment, along with a variety of other things such as music therapy and dog therapy. When Blakelynn is not admitted to the hospital, the family stays rent-free at the St. Jude’s Target House. During football season this fall, Billie Ellick traveled to St. Jude’s on Saturday mornings, staying until noon on Sundays before returning to Fairland for another week at school.

“It’s been tough on him,” Katy Ellick said of her husband’s first year of teaching and coaching.

Katy Ellick’s mother, Davina McGee, has spent much of the time in Memphis with her daughter and granddaughter. Love and donations provided by others, including Billie Ellick’s former teammates at Oklahoma Panhandle State, the Rodeo Miami team and the Fairland community, have also made a difference, she said.

Help also has come from across the state line. The Joplin Crusaders, Joplin’s adult amateur minor league football team, raised $7,000 during a benefit game in Quapaw. Billie Ellick played for the team this past summer along with his brother, Chayton. Their father, Shawn, also played for the team at one point.

After four rounds of chemotherapy, Blakelynn underwent surgery at St. Jude’s to remove the tumor. Katy Ellick said doctors aimed to get 90% of the tumor, with hopes that the last round of chemo and radiation would complete the task.

Blakelynn was expected to remain in the intensive care unit for several days after the surgery. Instead, she was only there one day.

Because she was doing so well, doctors gave the family the green light to attend Fairland’s final home football game of the season. Although she and her mother sat isolated from the crowds, Blakelynn roamed the sidelines watching and cheering for the players her father now coaches.

Scans taken earlier this month indicate most, if not all, of the tumor is gone. After undergoing the bone marrow transplant, Blakelynn’s next course of treatment will include radiation and immunotherapy. Because of how she’s responded to treatment, she could be finished with treatment at St. Jude’s sooner than expected.

Katy Ellick documents her daughter’s cancer journey for friends and family in a Facebook group, "Blakeynn’s Battle." "Bee Strong and Courageous" is the group’s motto after Blakelynn’s nickname, Bee, which comes from the initials for Blakelynn Emery Ellick.