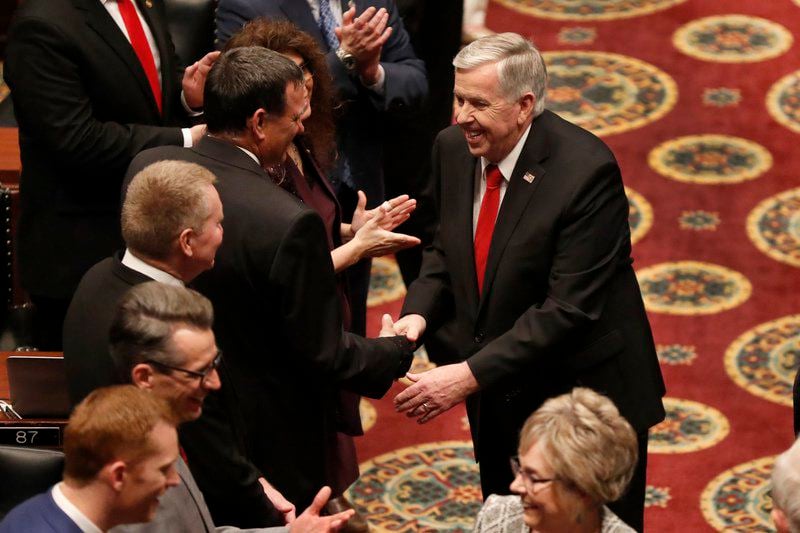 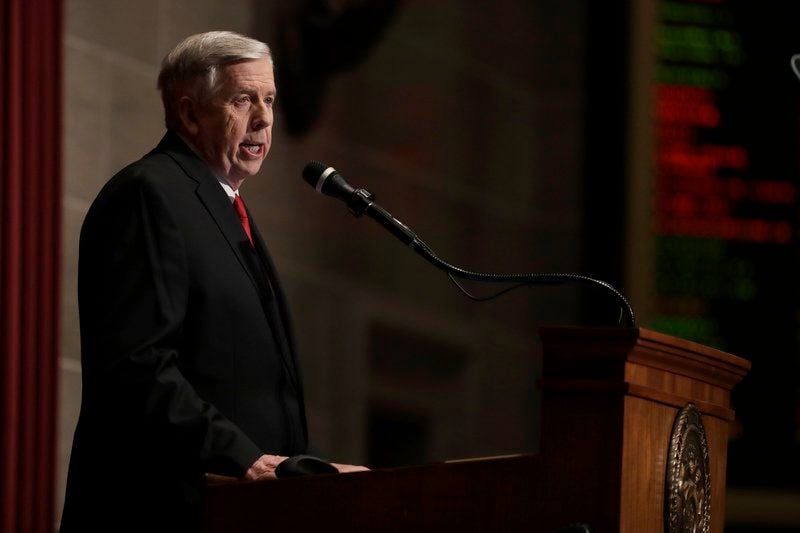 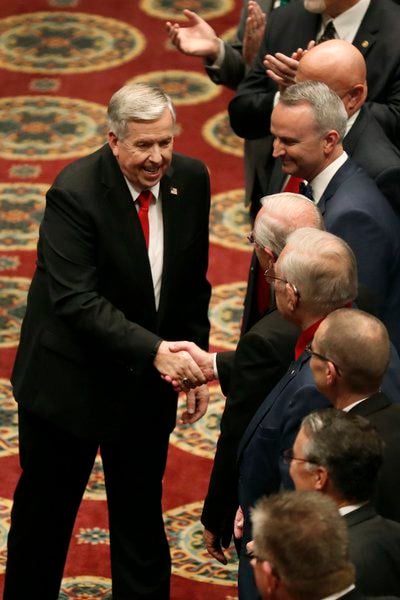 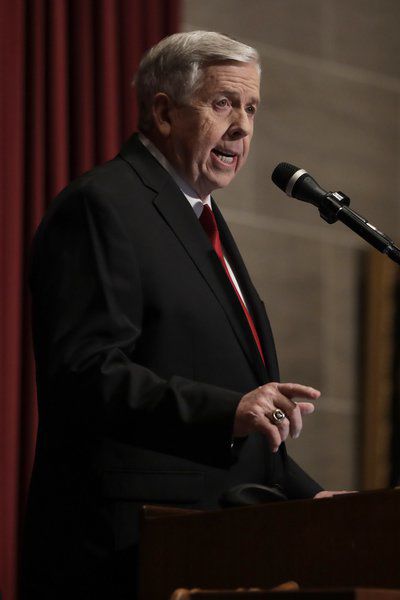 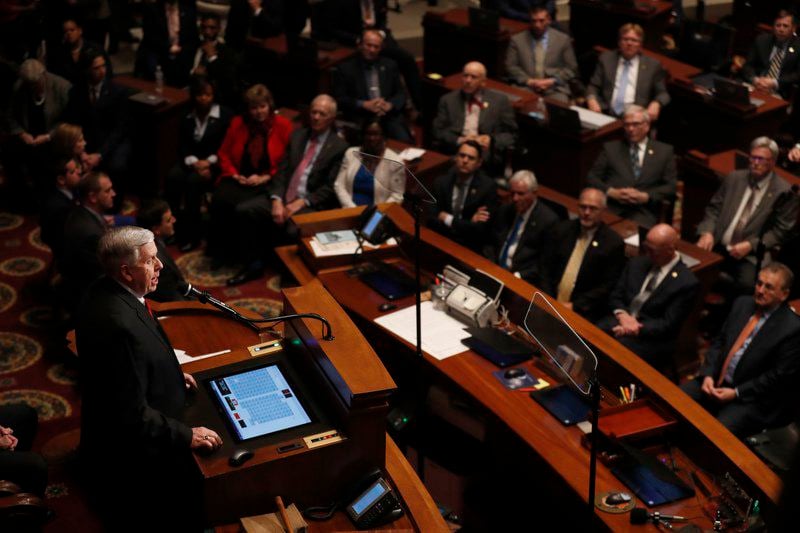 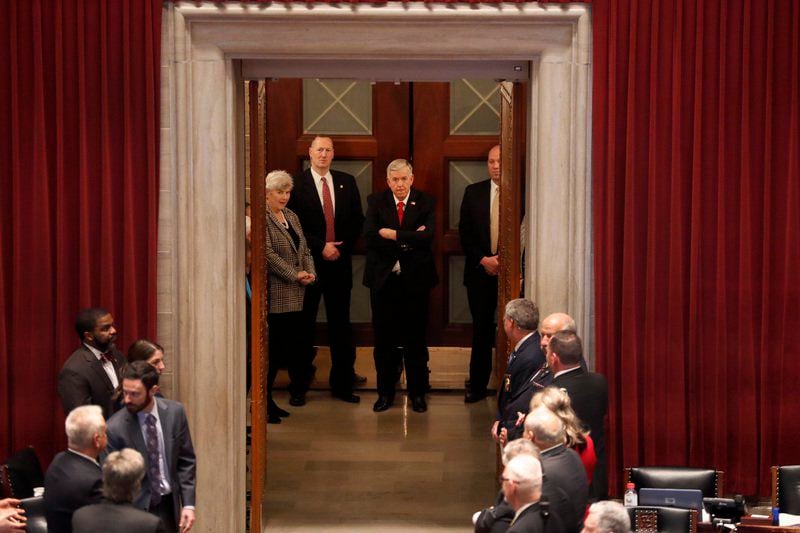 AP Photo/Jeff RobersonMissouri Gov. Mike Parson waits to enter the House chamber to deliver the State of the State address as its doors are opened Wednesday, Jan. 15, 2020, in Jefferson City, Mo. 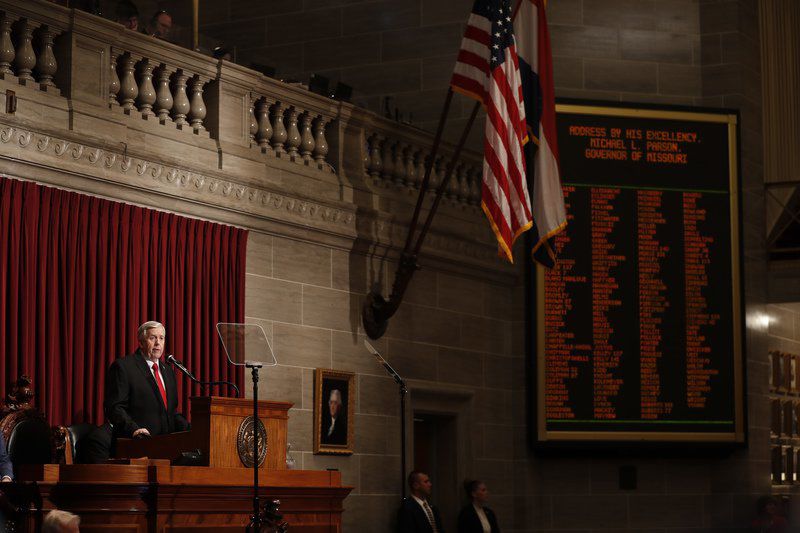 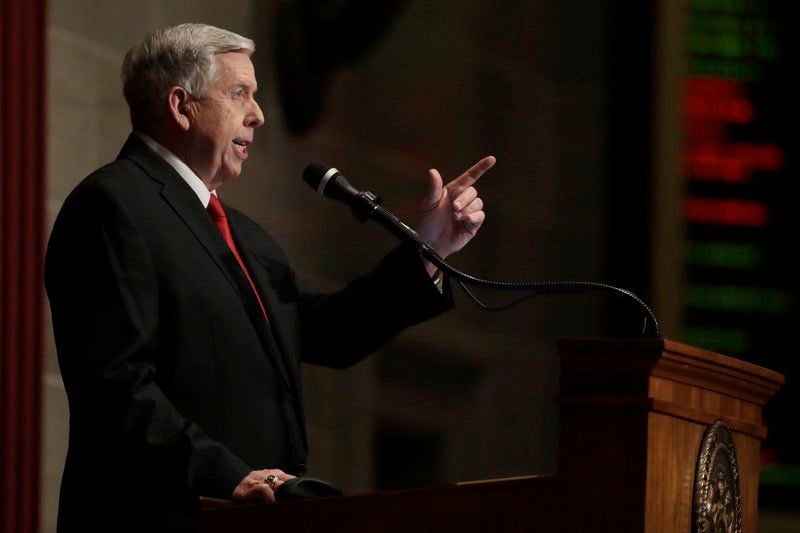 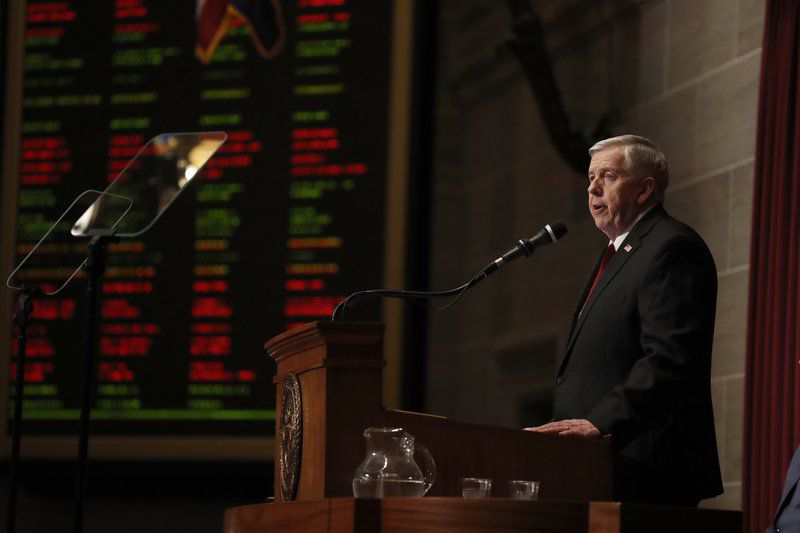 AP Photo/Jeff RobersonMissouri Gov. Mike Parson waits to enter the House chamber to deliver the State of the State address as its doors are opened Wednesday, Jan. 15, 2020, in Jefferson City, Mo.

JEFFERSON CITY, Mo. — Missouri Gov. Mike Parson on Wednesday called for a new state savings fund and reaffirmed his support for gun rights in face of a spike in violence in the state's biggest cities.

Parson identified both as top goals for the year in a State of the State speech to the Republican-led Legislature.

Parson and other elected officials face heightened pressure to act after a particularly violent 2019. St. Louis, Kansas City and Springfield all have seen spikes in gun crimes and homicides in recent years, and more than a dozen children were killed by gun violence in St. Louis in 2019.

While Democrats have called for more restrictions on gun ownership and greater flexibility for cities to impose their own gun rules, the Republican governor made clear that's not his plan.

“During my six years in the U.S. Army, 22 years in law enforcement, and as a lifetime member of the NRA, I have never, ever wavered my support for the Second Amendment," Parson told lawmakers gathered in the Capitol.

Parson instead called on lawmakers to provide more protection for witnesses of crime, increase mental health resources and ramp up laws against violent crime. Those proposals likely have a better shot at passing in a Legislature where gun rights are fiercely defended.

House Democratic Minority Leader Crystal Quade described Parson's ideas on how to combat violence as “a lot of lip service.”

“We're not seeing actual proposals that will make any serious change,” she said.

Parson on Wednesday also asked lawmakers to set aside $100 million in taxpayer dollars to use in case of financial emergencies.

State Budget Director Dan Haug told reporters that the savings fund could be bolstered if lawmakers this year pass legislation requiring online retailers to collect sales taxes on purchases made in Missouri.

Parson said he wants the fund “to give our state greater flexibility and stronger finances than ever before.”

Quade said the money could instead go to schools, improving infrastructure and providing health care services.

Missouri elected officials have been sounding the alarm for potentially rocky state finances in the coming years.

Missouri’s Democratic Auditor Nicole Galloway, who is running to unseat Parson this year, released an audit in October that warned that Missouri is not saving enough to avoid having to cut spending or raise taxes if there is a recession.

On top of that, the state could take a massive financial hit if a proposal to expand the number of people eligible for Medicaid, a government health care program, makes it on November’s ballot and is approved by voters.

Parson on Wednesday denounced the measure as financially irresponsible.

“So make no mistake about it, the vague proposal they are not explaining or purposely withholding is a massive tax increase that Missourians cannot afford," Parson said to a standing ovation from Republican lawmakers.

Also lurking is a possible $125 million verdict against the state following a Missouri prison guard lawsuit that alleged that they were shorted on pay. The lawsuit is pending.

Missouri already has what’s called a Budget Reserve Fund. But a constitutional amendment adopted by voters in 2000 limits Missouri's reserve fund to 7.5% of net general revenue, or 10% if lawmakers approve a special appropriation for it, which they have not done.

Money borrowed from the fund for emergencies must be repaid within three years, making it challenging to use during revenue crises, such as a recession. The fund is also routinely tapped for cash flow purposes.

Under Parson's plan, the new “cash operating expense fund” could hold as much as 2.5% of the state's general revenues. Combined with the other reserve fund, that could bring state savings up to 10% of general revenues.

Galloway in her October audit recommended a similar savings fund to what Parson is now proposing. Haug told reporters that Parson’s plan did not stem from her suggestion.

Galloway in a video released Wednesday renewed criticism of Parson, blaming him for a drop in the number of children covered by state health care.

“He needs to fix the health care crisis he helped create and give children back their health care,” Galloway said of Parson.

Parson’s budget proposes about $11.7 billion for Medicaid —a roughly 5% increase over the current budget, although the number of people covered by the government health care program for the poor has declined by greater than 6% over the past year

Medicaid Director Todd Richardson said the higher costs have been driven partly by “outdated payment methodologies” that the state is trying to fix, noting that medical providers have had no incentive to hold down billings for out-patient services and that some have been paid significantly more than others for the same services.

He attributed the decline in covered children partly to an improved economy but also to problems that occurred when switching to an automated eligibility determination system.