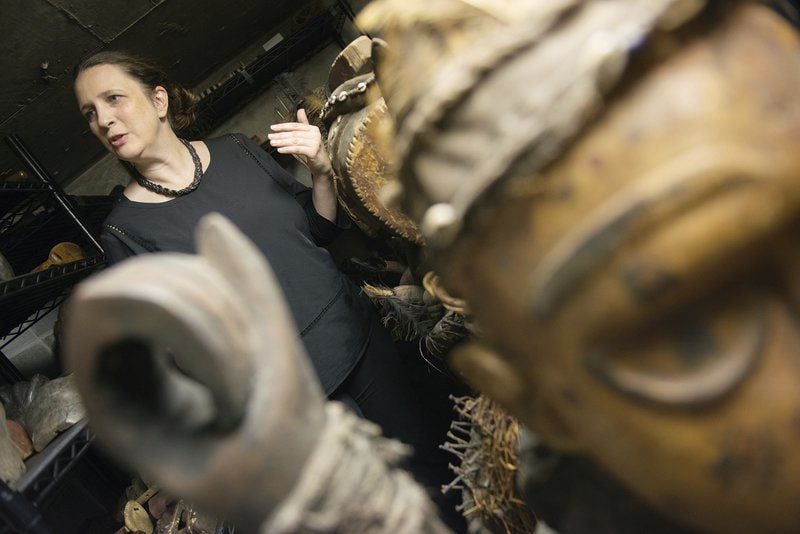 Christine Bentley, head  of the art department at Missouri Southern State University, talks about improvements made to a storage space at Missouri Southern for the university's African art collection. A nearly yearlong effort to catalog the art holdings has resulted in the creation of an online, searchable database and is expected to be made public soon. GLOBE | ROGER NOMER 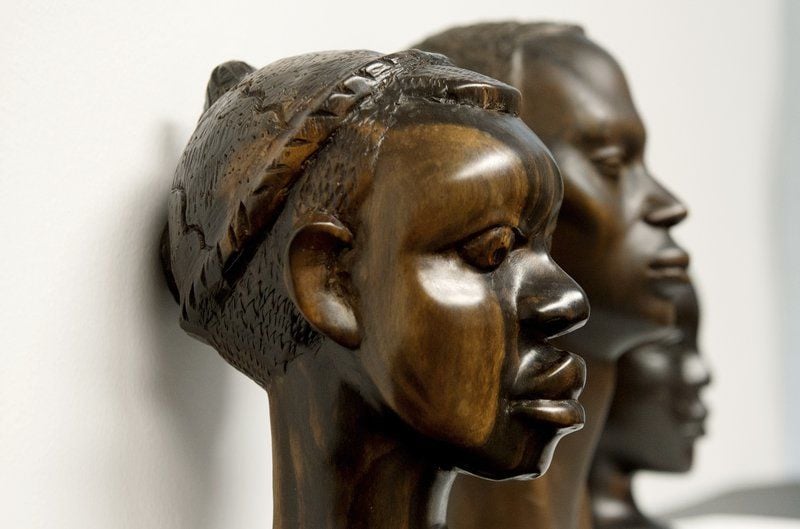 Items from Missouri Southern's collection of African art have been cleaned and catalogued. GLOBE | ROGER NOMER 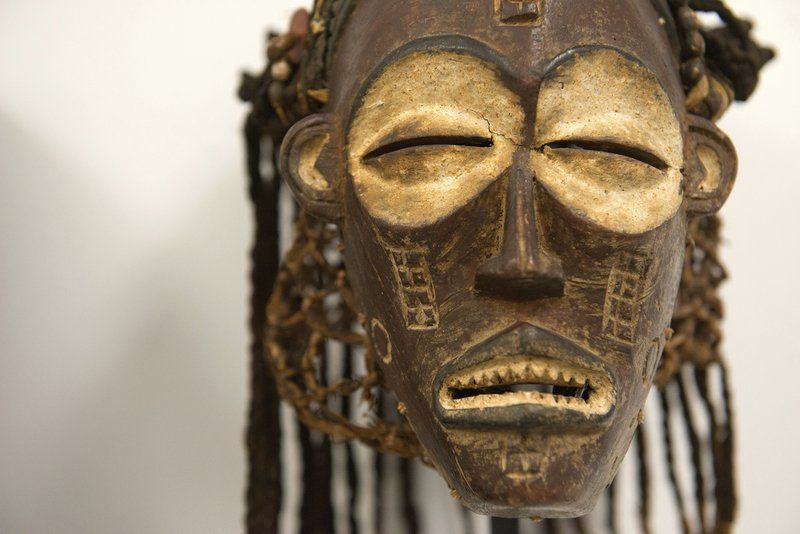 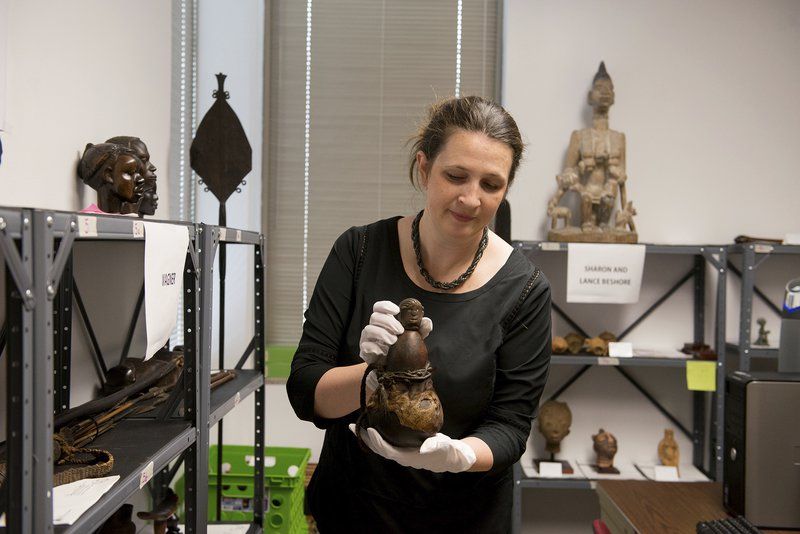 Christine Bentley, head  of the art department at Missouri Southern State University, talks about improvements made to a storage space at Missouri Southern for the university's African art collection. A nearly yearlong effort to catalog the art holdings has resulted in the creation of an online, searchable database and is expected to be made public soon. GLOBE | ROGER NOMER

Items from Missouri Southern's collection of African art have been cleaned and catalogued. GLOBE | ROGER NOMER

Residents will soon be able to view a one-of-a-kind collection of African art from the comfort of their own homes.

A nearly yearlong effort to catalog Missouri Southern State University’s African art holdings has resulted in the creation of an online, searchable database of the collection. The site is expected to be made public soon, said Christine Bentley, head of the art department.

"It's really wonderful because we have it all online; we didn't have this before," she said. "We at least have a permanent record that is a great first step in the preservation of the objects."

The works — more than 300 in total — had been confined for years in a small storage area in the art building. The collection includes several items that would have been used in African rituals, such as statues and masks, as well as everyday items such as bows, arrows and a headrest for the dead.

"It's a valuable collection, and not just monetarily," said Bentley, who added that the artifacts provide a glimpse into the cultures of western and northern Africa.

Work to restore the collection began last summer, when staff members from the Spencer Museum of Art at the University of Kansas-Lawrence visited Missouri Southern to view the collection and offer recommendations about how best to catalog and preserve it. Bentley and others in the art department spent much of the summer painstakingly cleaning the artifacts, cleaning mold off some of them and ridding others of bug infestations.

Then came the more time-consuming work: Researching each artifact and logging its details into a database software called PastPerfect, which is used by many small- to mid-sized museums.

The result of that work, which was completed a few weeks ago, is an online database that is set to be made public at artcollection.mssu.edu. Viewers will be able to see photographs of all the items along with information about each piece, such as its dimensions, its materials and any history related to it, said Eric Rasheed, collections care manager.

"I wanted to put something into it that talked a little bit about the piece and what it was used for, if I could find that out, and why it was made and who made it," said Rasheed, who helped conduct research on the artifacts. "If I couldn't find anything about (the specific item), then I would put something in about the people or the geographic area."

Funding for the restoration and archival project — several thousand dollars' worth — was made available through the university and private donations. The complete collection is worth several hundred thousand dollars, Bentley said.

"I don't even want to think what would have happened to it" without the archival project, she said. "I'm still worried, but I'm not as worried because I think we at least have it stable."

The collection is currently stored in two buildings on campus in areas where the temperature and humidity can be carefully regulated. It is not publicly accessible, but residents can view it by appointment, Bentley said.

Bentley said her long-term goal is to find a permanent storage or gallery location for the collection. The next steps toward that goal, she said, will be to tag each piece with the catalog number that matches its entry in the database and to build archival boxes for pieces that shouldn't be out in the open air.

The works that constitute the basis for Missouri Southern State University's collection of African art and artifacts were presented to the university by John and Pam Finley in 1997. Other contributors included Marianna Keown, Vivian Olson, Guy Mace and Ben Pickard.