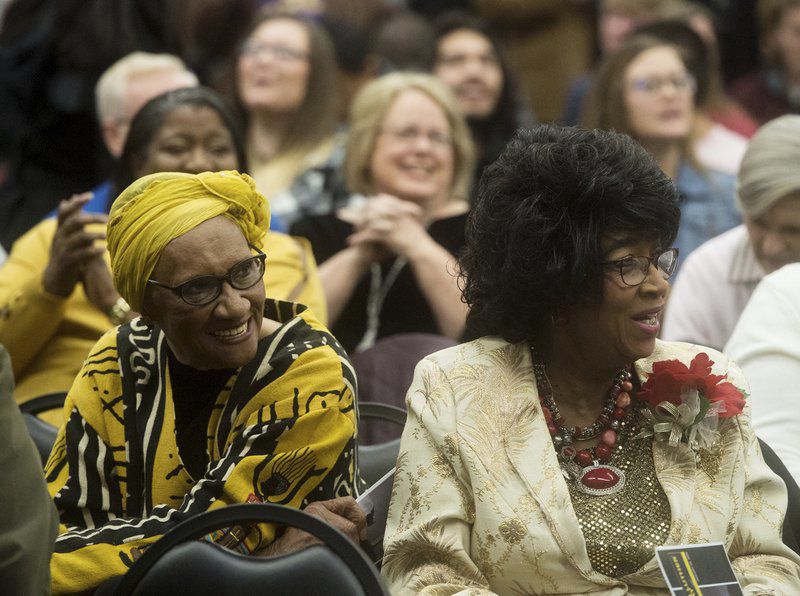 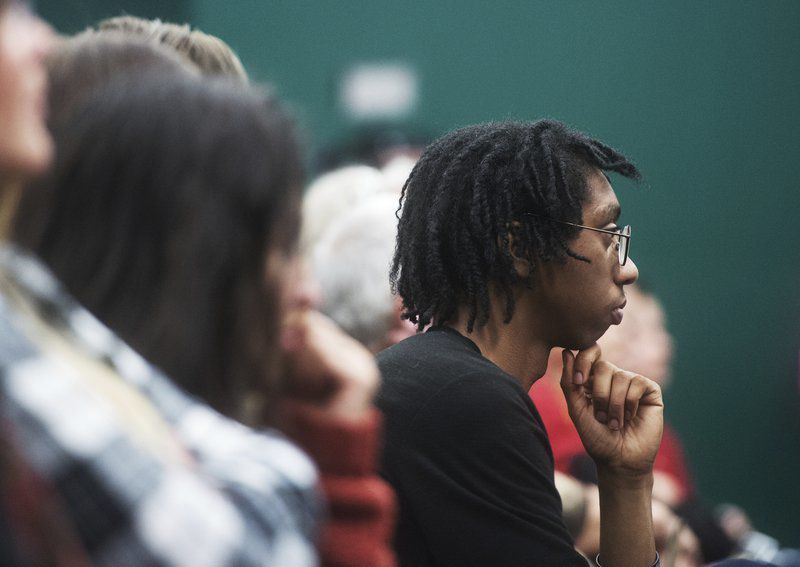 This was the first year MSSU held an evening celebration instead of a breakfast in an effort to increase student participation The event drew 70 to 100 people who listened to speakers honor King’s legacy and discuss his philosophy of creating a peaceful world filled with love.

Nimrod Chapel Jr., president of the Missouri State Conference of the NAACP, was to be the guest speaker but was unable to attend because of weather.

William Delehanty, a political science teacher at MSSU, filled in for Chapel, emphasizing three key ideas — moral commitment to one another, how it applies to privilege and status, and the notion that King’s vision of unity is still ongoing. He said love was a critical commitment of King and defined love as a way of recognizing others of equal worth.

“If we in fact view other people having equal worth, we then would logically reject the use of them, exploiting them, taking advantage of them,” Delehanty said, adding, “To be quite honest and open, I come from a place of status. I’m white, and I’m male. ... In respect to King’s idea of love, is there a way for me to speak this evening about the oppressed, systems of exploitation without reinforcing my privilege?”

With that in mind, Delehanty said he believes claims to equal dignity require mindfulness, diligence and the ability to recognize an absence of privilege in others.

“I think if we can address wrong from a perspective of treating other people of equal worth, then we can begin the next stage, which is addressing injustice,” he said. “Once we know wrongs exist, how then do we go about the project of dismantling them, stopping them, rejecting them? It’s not just about our individual action, but, to think more broadly, there are structural injustices.”

Matthew McBirth, diversity department director at Ozark Christian College, stressed the importance of unity and how the antithesis of love is indifference. He also said King would want people today to continue to strive for unity.

Pamela Hosp, of Joplin, attended the event and said that she’s always had a passion for community service. Ever since she was a girl, she was taught to give back and to care for others.

“One of the things that I have noticed the most in our area is the tolerance of other people is so important,” she said. “They don’t have to believe as I believe or they don’t have to look like I look, but they should be allowed to thrive without feeling ostracized. To see that people are open to other opinions and willing to try right the wrongs of society is so heartwarming.”

The Dr. Al Cade Beacon of Hope Service Awards were also distributed during the event to honor compassionate MSSU students/clubs who have contributed demonstrated leadership through volunteerism. Eleven students were nominated, as were three student organizations.

Gil Salgado, a senior, was given the individual student award and a $100 check for his activism and for volunteering with a number of organizations.

Salgado said one of the things he’s most proud of is the scholarship fund he set up to honor the memory of Vivian Vu, an MSSU sophomore who died in an accident near Hamel, Illinois, in 2017 while on a campus trip. The $1,000 scholarship is awarded to two high school students who wish to pursue humanities or social sciences. Salgado said he plans to donate the $100 check to Vu's scholarship fund.

“I host a talent show every year to raise money for the scholarship, and I’ll do one again in May,” he said. “I was telling my friend when I sat back down with this award that just to have something honoring me on the same plaque as Martin Luther King is crazy. To know that, like him, I can inspire others through a beacon of hope, that’s all I can ask for.”