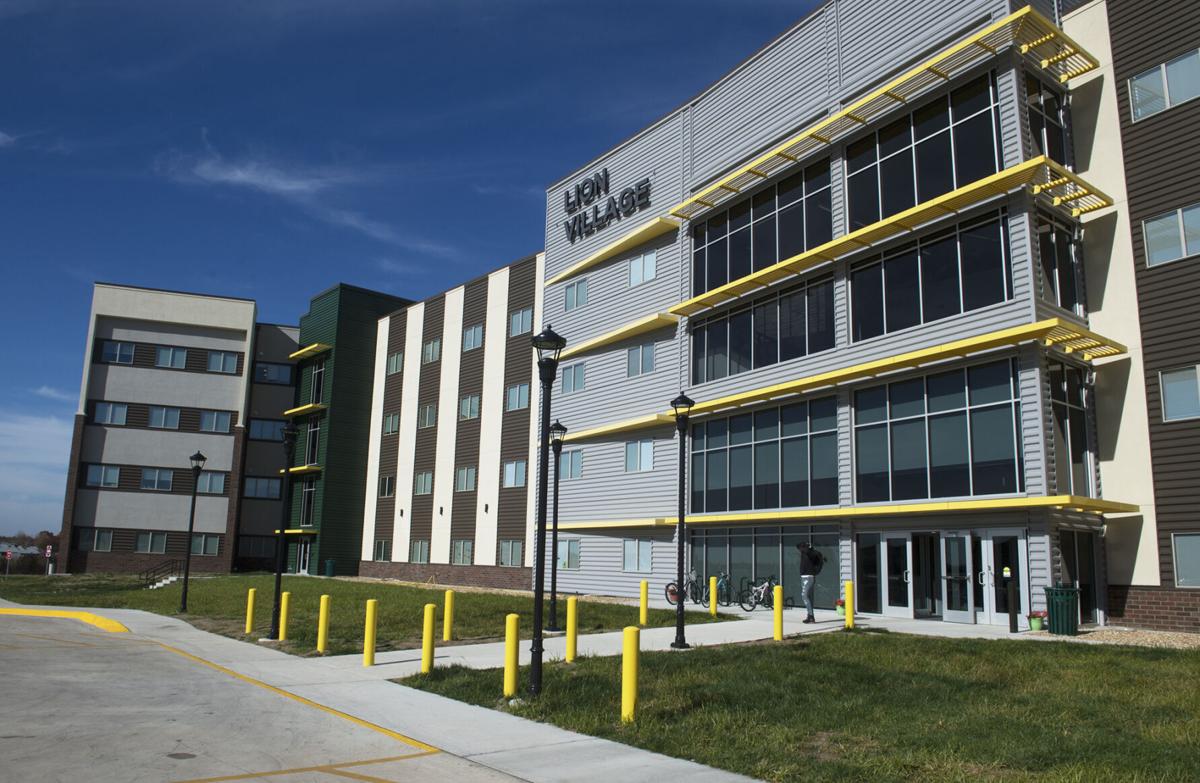 Missouri Southern State University’s newest dormitory Lion Village was completed at cost of $20 million. Students pay a minimum of $2,200 per semester to live at the complex. GLOBE | ROGER NOMER 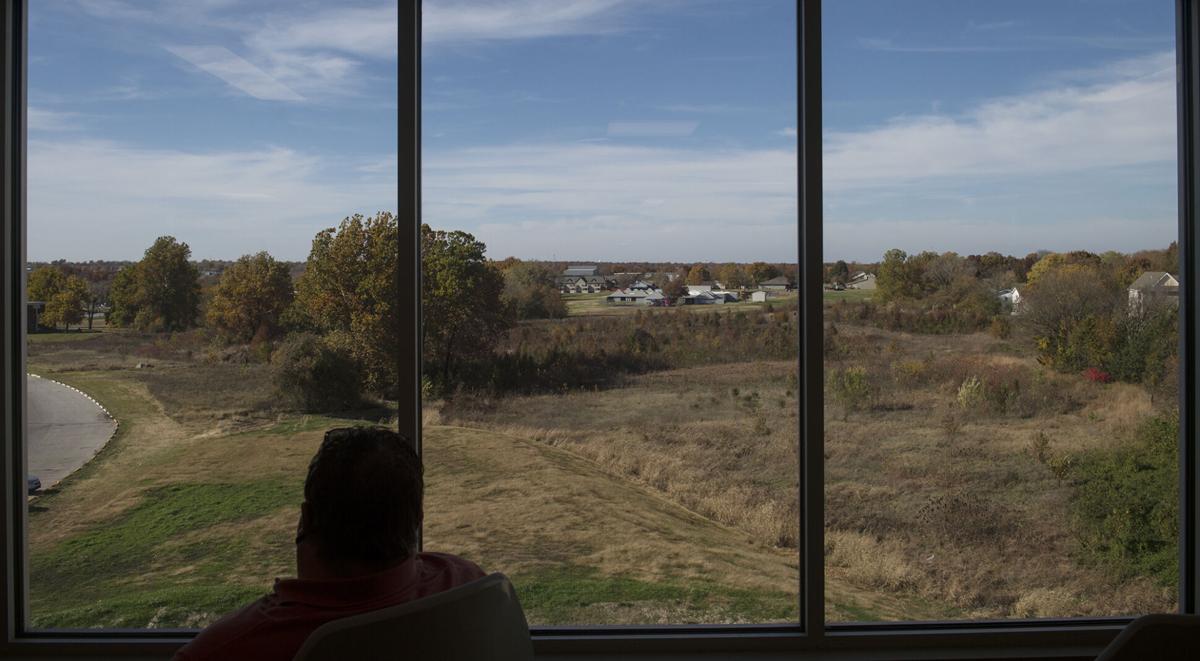 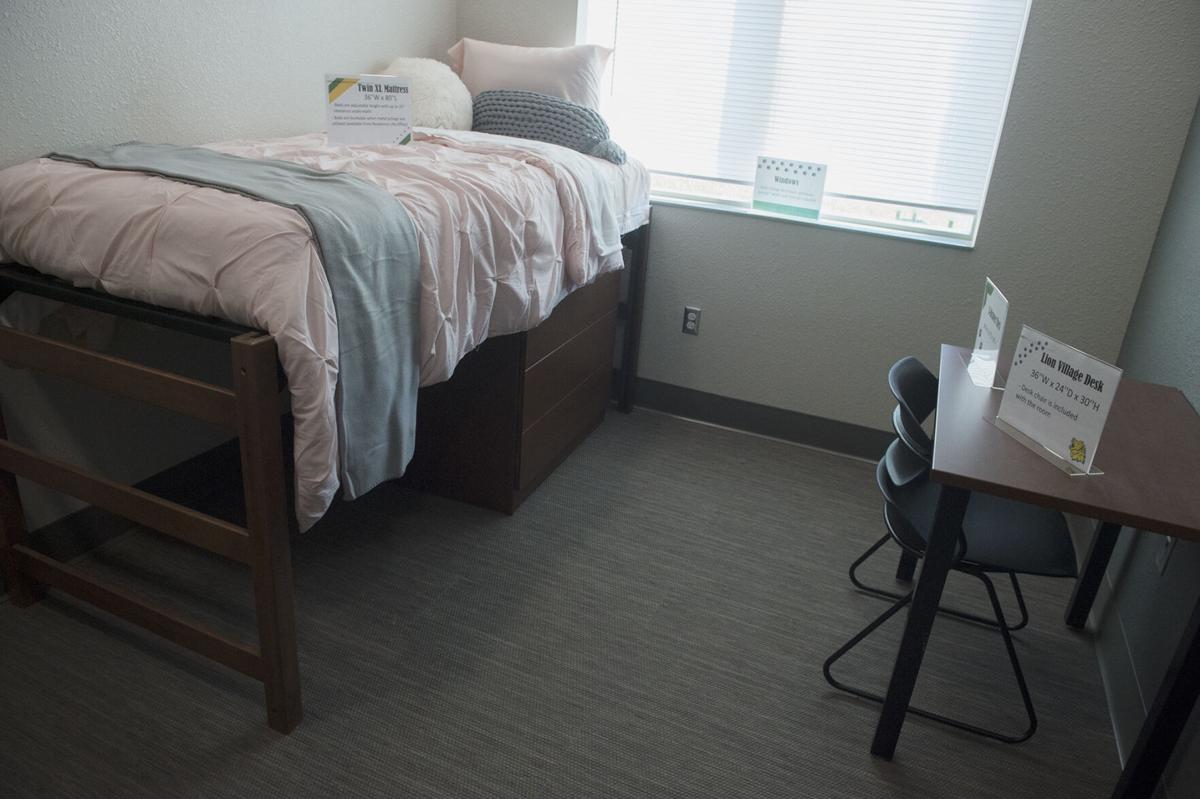 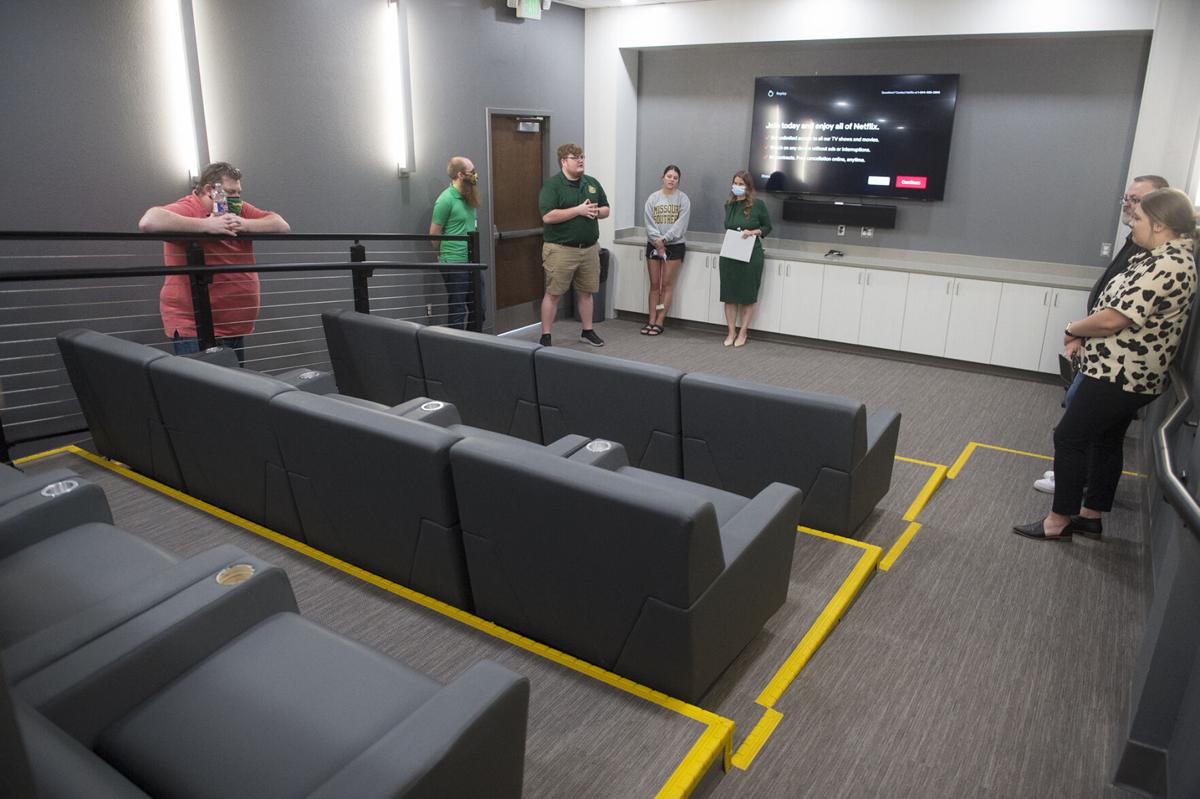 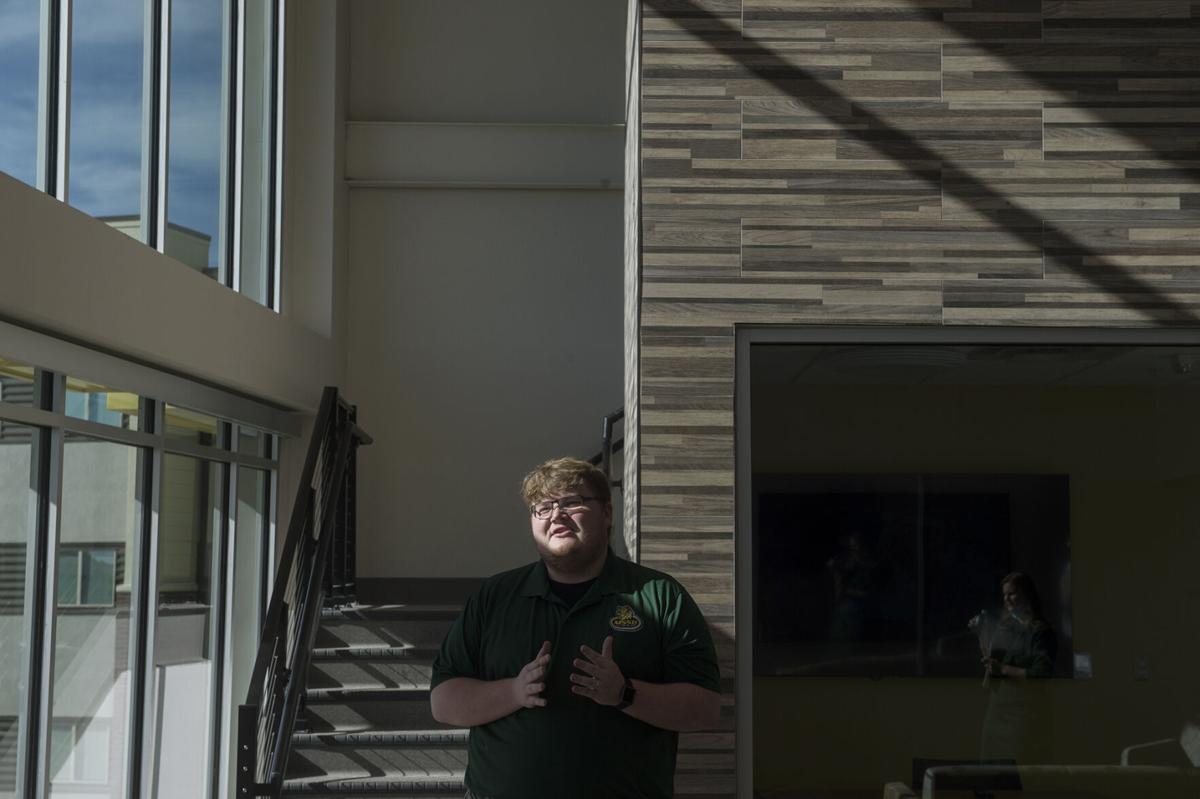 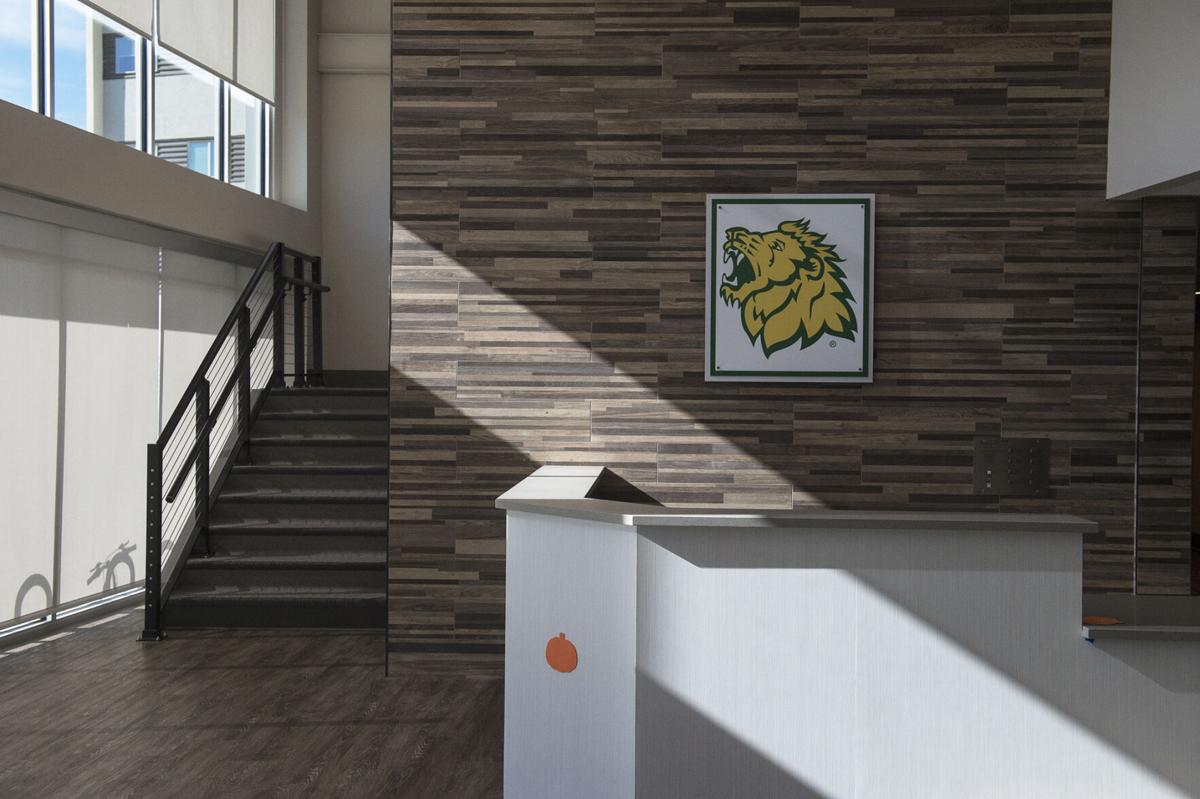 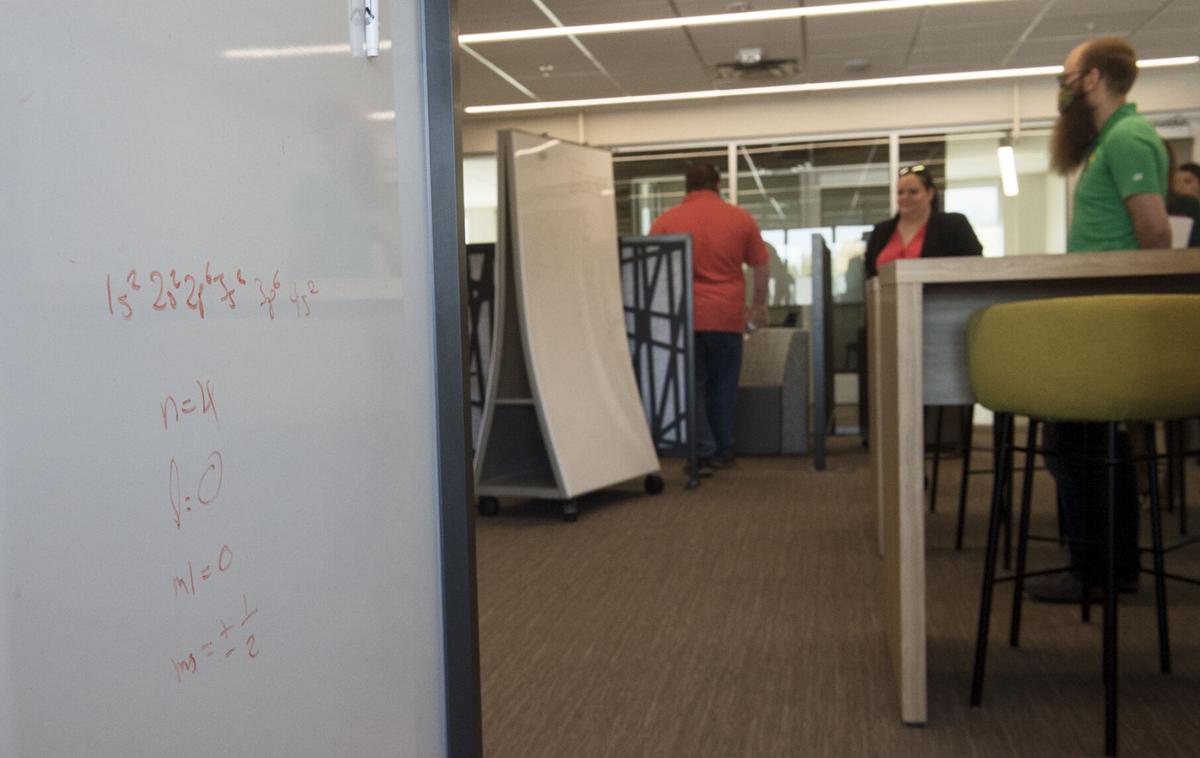 Communal study pods at the Lion Village give students a place to gather and study. Globe | Roger Nomer 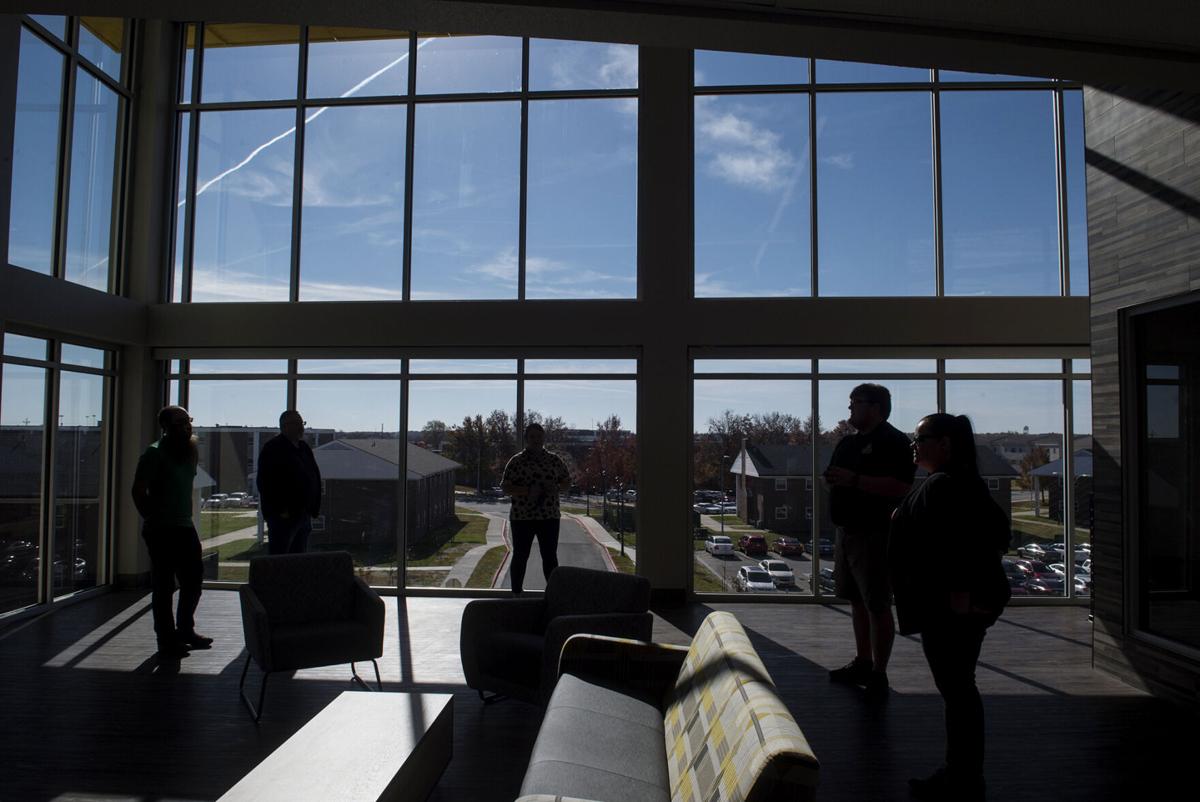 Participants in an open house tour Tuesday at Missouri Southern State University’s newest dormitory Lion Village check out the view. The complex, the design of which is aimed at community, is home to 228 students this semester. GLOBE | ROGER NOMER

Missouri Southern State University’s newest dormitory Lion Village was completed at cost of $20 million. Students pay a minimum of $2,200 per semester to live at the complex. GLOBE | ROGER NOMER

Communal study pods at the Lion Village give students a place to gather and study. Globe | Roger Nomer

Missouri Southern State University officials on Tuesday offered an open house of the Lion Village, the newest residence hall on the campus.

Construction on the $20 million project, located on the north end of the university’s residence hall complex, wrapped up in time for the start of the fall semester.

“This facility has been a vision that was discussed and planned for many years, and as of Aug. 21 has become a reality for our students,” said Julie Wengert, interim vice president for student affairs.

The building also holds private study rooms, equipped with furniture and dry-erase boards; a 10-person meeting space; a learning center, much like the study room but larger and with movable furniture; eight laundry rooms; and a 12-person movie theater.

“This facility is not only beautiful but also a modern and significant step for us here in housing at Missouri Southern,” Wengert said. “The Lion Village has already enhanced the on-campus student experience and has allowed us to significantly increase the number of students we can accommodate here on campus.”

Josh Doak, the director of residence life, said even more amenities, such as a volleyball court just outside, could be added to the complex in the future.

“The focus on this building was community,” he said, giving students the opportunity to “be collective socially and academically.”

Maddie Dees, a senior nursing student and resident assistant, said she believes the idea of “community” has been met with the Lion Village.

“I think if there was one word to describe how the building has been, it’s ‘convenient,’” she said. “If I need to do laundry, I just walk across the hall to one of the many laundry rooms. I see students in the study rooms and in the common areas every day. ... It’s nice to have the common areas to get out of your bedroom and socialize with other people.”

The Lion Village was constructed through the sale of bonds. Joplin’s R.E. Smith Construction Co. was the construction manager and contractor of the project; the residence hall was designed by Paragon Architecture, based in Springfield.

With the addition of the Lion Village, the university has taken five of its older living spaces — Blaine and McCormick halls, which were built in the late 1960s, and Gockel, Stegge and Dryer halls, which date to the late 1980s — offline for renovations, Doak said.

Missouri Southern opened its last residence hall, the Quads, in 2015. At the time, it was the first dormitory project to be constructed in 15 years. There, students have private rooms and bathrooms, and shared kitchen and living room spaces with three roommates.

The Quads cost approximately $14 million and holds 200 students. Room and board costs are $2,826 per semester.