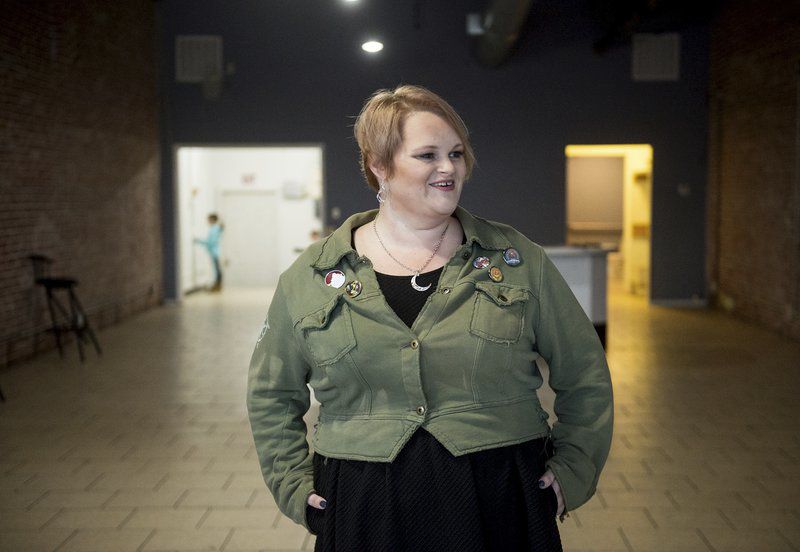 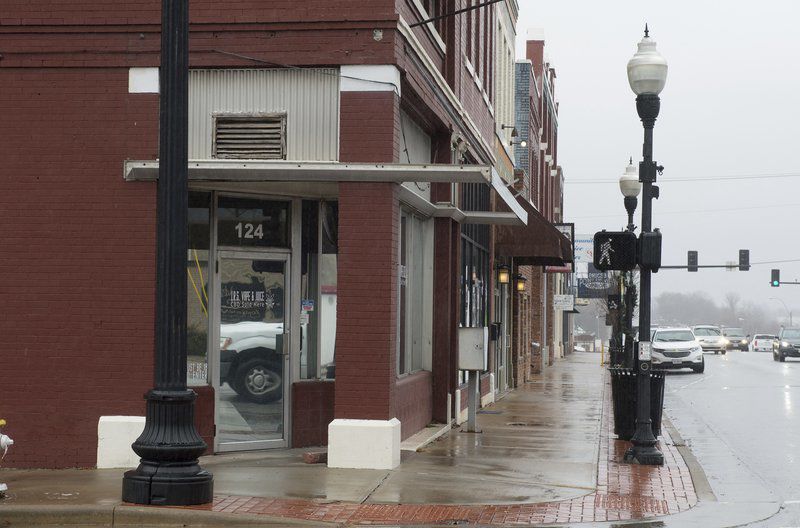 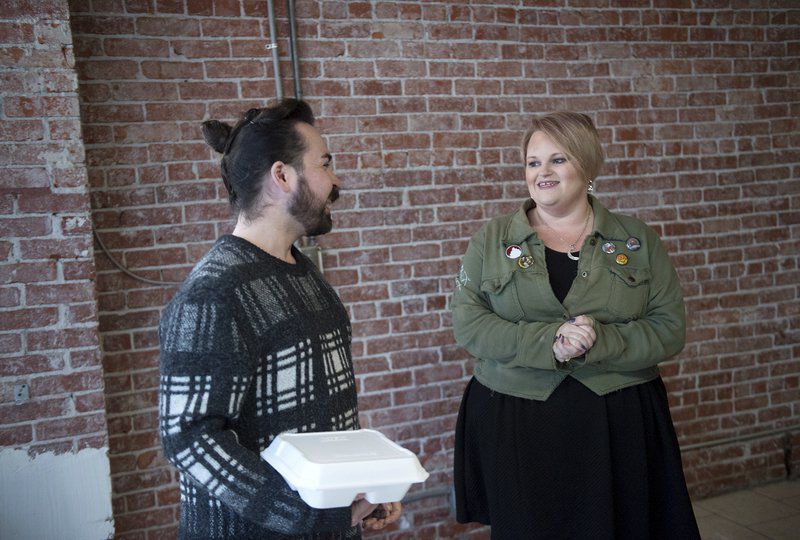 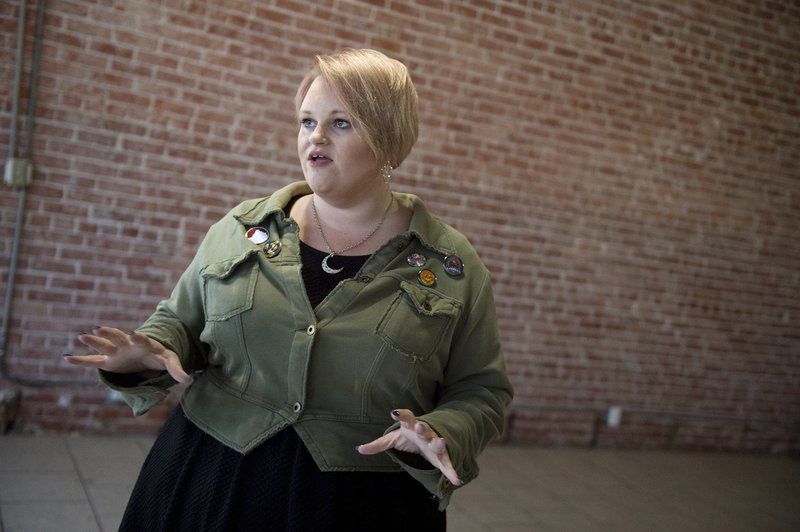 A building on downtown Main Street could help four partners in stagecraft realize a theater dream.

And if they successfully obtain building and operation permits for their proposed renovation project for a space on the corner of Second and Main streets, the players will open downtown’s first performing arts stage in decades.

“We’re praying it works out,” said James Boone, one of the four partners in the project. “The vibe in the room is really cool, and it’s a place we can really use to our advantage. It has great character and great history.”

Boone, Becki Arnall, Marilyn Marshall and Becky Jones have split an investment and costs between them in equal quarters and will work under the flag of Arnall’s Dream Theatre Co. Their goal is to transform 124 S. Main St. into a black box theater for presenting plays, musicals and other productions.

The space would also be used as a studio for hosting theater classes and as a venue for performances such as stand-up comedy and themed dances; if everything gets approved, one of the group’s first events will be an ‘80s-themed dance. They are working toward beginning operations in 2020.

The black box theater style would give the partners flexibility in staging performances. Without dedicated areas for a stage or audience seats, directors don’t have access to traditional curtains and backdrops — they can adapt productions in more intimate and interactive ways, Boone said. He pointed out a recent Joplin Little Theatre production of “Xanadu” that he directed, during which the audience was close to the roller rink at the center of that show.

“When I was in Florida, we had a main stage and a black box, and in the black box, you can be a lot more intimate and in the crowd,” Boone said. “You can have people all the way around you, like we did in ‘Xanadu.’ They can be immersed in the production, and it makes a lot of other aspects easier.”

Over the past decade, the building has been the home of a deli and a bakery, and renovations made during those ventures are paying off for the theater partners, Arnall said. The brick walls and decorative ceiling will be left alone, retaining the historical look inside.

To comply with city regulations, the theater needs a handful of upgrades such as an additional bathroom, additional railings and lighted exit signs. As part of the building permit process, the partners have a meeting with the city on Tuesday and hope to hear that they can have an occupancy of about 70 or more — 50 for audience, 20 for crew.

Arnall said city staff have been encouraging to them and have worked with them to help meet city codes. If the partners don’t get the occupancy they seek, they won’t have to dream another dream: They intend to find a different space that will help them accomplish their goals, Arnall said.

And there’s no rush on that, either. Since 2006, Arnall has kept her theater company mobile, contracting with different agencies for various performances.

Getting its start as a group of Halloween haunt performers, the group cut its teeth with historical re-creations during Halloween and Christmas. The group was the first to do haunted history tours downtown, and it was part of Dickensfest celebrations in the Murphysburg district.

The group also produces shows that are more edgy than the traditional plays and musicals presented by the area’s semi-professional theater groups. It recently wrapped up a production of “Spring Awakening,” and in 2009, it presented “Cannibal: The Musical.” One of the first productions the group plans to present is a theater adaptation of “Evil Dead: The Musical,” a stage-inspired adaptation of a cult-classic horror movie.

These are the types of shows that the partners are most interested in presenting, Arnall said. Because each partner is a director, the group can present a full slate of productions each year.

“As a director, I can’t do more than two shows a year,” Arnall said. “Now that we have four directors on board, we can offer a complete season.”

In addition, each partner brings a group of people with whom they work regularly, Boone said. Those groups are all uniting under the Dream Theatre banner, he said, to present more of these fun and shocking style of shows.

Arnall said the group is pursuing both an underserved market for edgy shows and a way to sustain a craft they love. Past productions of such shows have proven to be profitable and in demand, Arnall said. Having their own location will eliminate the struggle of finding a location for a performance.

Combined with planned multiple uses and a passion for performing, the group sees a bright future for the building without the promise of a huge financial payoff.

“We find that, in this area, theater has been sustainable regardless of the location,” Arnall said. “For us, this is not a nonprofit, but it’s not to make money. This is to sustain a hobby. If we make money, that’s awesome. When it comes to paying rent, we have nothing to worry about.”

The Dream Theatre Co. will partner with Blackthorn Pizza and Pub for a New Year’s Eve party in the style of the Roaring ‘20s.