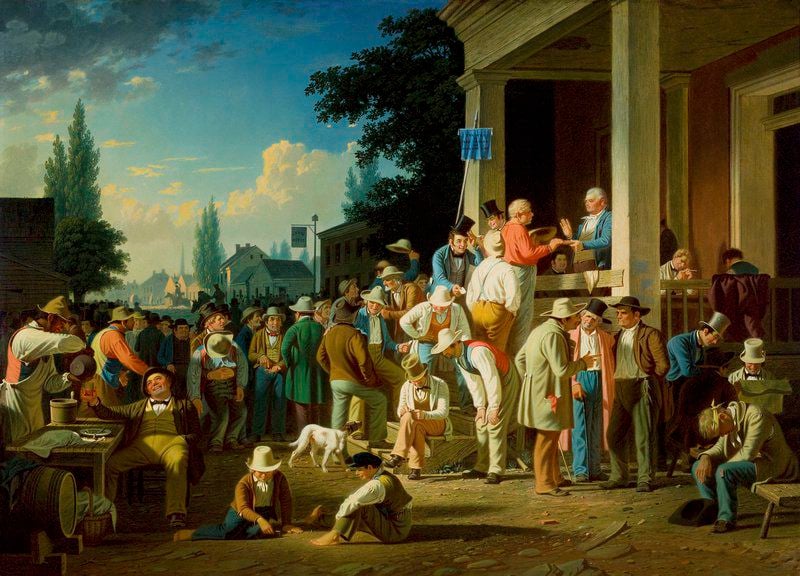 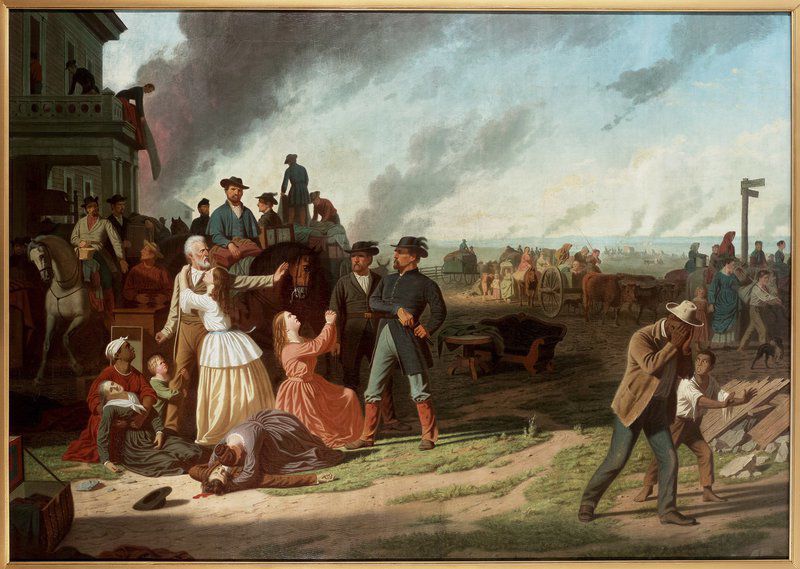 "General Order No. 11," painted by George Caleb Bingham, depicts a controversial event from the Civil War in Missouri. This image is in the State Historical Society of Missouri. Courtesy image 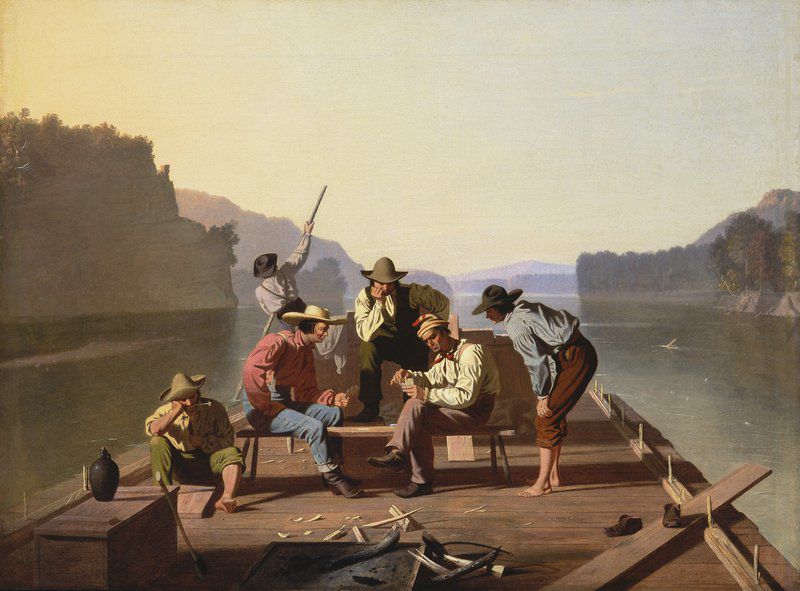 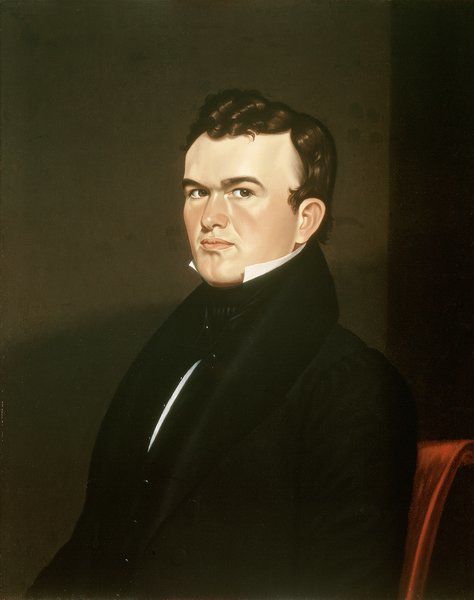 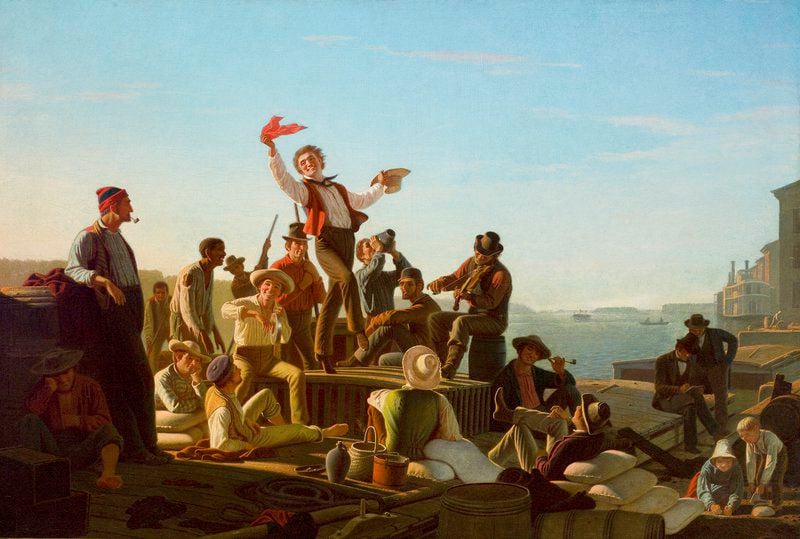 "General Order No. 11," painted by George Caleb Bingham, depicts a controversial event from the Civil War in Missouri. This image is in the State Historical Society of Missouri. Courtesy image

Missouri moments told in art — hundreds of paintings by one of the state's most celebrated artists — could soon be online and free to the public.

The goal is a comprehensive catalogue raisonné to document George Caleb Bingham's body of work "so that it becomes the defining reference," said Rachael Blackburn Cozad, of Kansas City, who is leading the effort.

"We are intending for this to be a new public resource," Cozad said. "If you are a sixth grader and doing a report ... an appraiser, a historian, a scholar ... there are any number of people who would benefit from having this as a free public resource."

Bingham's work is found in the country's top museums today — the National Gallery of Art in Washington, D.C.; the Metropolitan Museum of Art in New York City; and in the White House. However, much of it remains in Missouri, including at the St. Louis Art Museum, the Nelson-Atkins in Kansas City, the Springfield Art Museum and the State Historical Society.

Bingham is best known for two groups of paintings depicting aspects of 19th-century Missouri life — boatmen on the Missouri and Mississippi rivers, and also a series on local elections.

"I have never come across a survey of American art that did not contain a work of either the election series or a river boatman," Melissa Wolfe, curator and head of the department of American art at the St. Louis Art Museum, said in an interview last week.

Born in 1811, Bingham arrived in Missouri as a child in 1819. He got his start as an artist in the decades before the Civil War, wandering Missouri towns as an itinerant portrait painter "because that is what would sell," Wolfe said.

"Portraiture was really his bread and butter, especially during the early years," Cozad added. "Some of his early pieces are quite stylized in a folk-art style."

Using some of that money, Bingham eventually made it to the East Coast, studying at the Pennsylvania Academy of Fine Arts, where he was exposed to works by American and European masters, but he soon returned to Missouri.

"He is just incredibly gifted," Wolfe said. "What sets him apart is that he is so ambitious and so talented."

By the 1840s, Bingham had begun painting many of the river scenes for which he is today celebrated, and which were popular back east, such as "Fur Traders Descending the Missouri," in the Metropolitan Museum of Art, and "The Jolly Flatboatmen," in the National Gallery of Art.

Many were idealized images of life on the frontier.

"Those river boatmen images were gobbled up in the East," Wolfe said.

There's no doubt that Bingham knew the rivers well, she said, but Bingham had a larger purpose in mind — he wanted to depict the frontier as a civilized, cultured place.

"He's making a political argument about the worthiness of the West to receive federal investment. Benton is trying to show river commerce as a worthwhile thing to put money in. He is making a national statement," Wolfe said.

Cozad said of Bingham, "He evolved out of being a folk-art portrait painter into becoming a major American master."

Bingham also was politically active, at one point even winning a seat in the Missouri House of Representatives, and he represented Missouri at the Whig National Convention in 1852 before traveling to Europe.

It was during the 1850s that Bingham painted his series on Missouri elections, including "Verdict of the People," "Stump Speaking" and "The County Election," all of which today are in the St. Louis Art Museum.

Those paintings, Wolfe said, explore "the bigger idea of democracy."

"Verdict of the People" was chosen by President Donald Trump to be displayed during one of his inauguration luncheons in 2017.

Wolfe said that today Bingham is considered one of the best known and most respected genre painters, depicting ordinary folks doing ordinary daily things, during the 19th century.

"He is still one of the central figures in American genre," she added.

Bingham, who died in 1879, remained politically active his entire life and is also today remembered for another painting, made after the Civil War, known as "General Order No. 11." It depicted an event in 1863 when the Union, in response to the massacre at Lawrence, Kansas, a few days earlier, ordered the evacuation of all or parts of four counties on the border, including Vernon. Implementation of the order was harsh, resulting in deaths, and left those counties a burned-over district.

The State Historical Society of Missouri has one of two paintings of that by Bingham; the other is in the Cincinnati Art Museum.

Cozad, the owner and principal of Madison Group Fine Art Appraisals in Kansas City, said the online catalogue raisonné will become the definitive reference for Bingham and his paintings, which may number as high as 600.

She launched a nonprofit, the Riverbank Foundation, to raise money for the project. She noted that the last time such a catalog was compiled on Bingham was more than 30 years ago, and new paintings have since come to light for scholars to assess.

The project is expected to take several years to complete, but parts of it could be up and running by the end of the year, contingent upon funding, she said. Learn more at www.riverbankfoundation.org.

Campaign to save drawings

In 1974, Missouri schoolchildren raised money to save the drawings of George Caleb Bingham, then at risk of being sold by the St. Louis Mercantile Library. Former Gov. Kit Bond launched a statewide campaign to raise money to keep the drawings in the state. Missouri children representing more than 300 schools raised more than $25,000, "inspiring the state Legislature, businesses and other individuals to contribute to the cause. Today, the drawings are held in the Bingham Trust, established for the benefit of the people of Missouri, and will never be sold or separated."