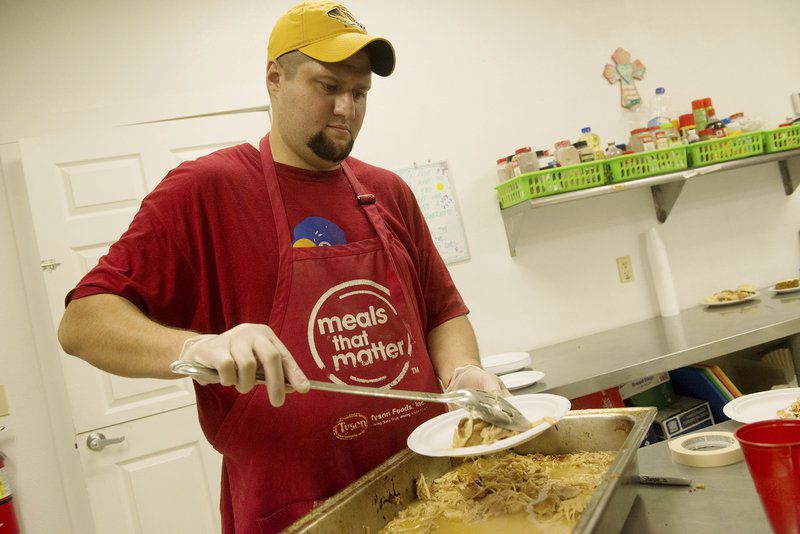 Michael Lortz works in the kitchen on Monday at Watered Gardens. A movement called Giving Tuesday seeks to promote contributions to charities such as Watered Gardens, Crosslines and the Salvation Army. GLOBE | ROGER NOMER 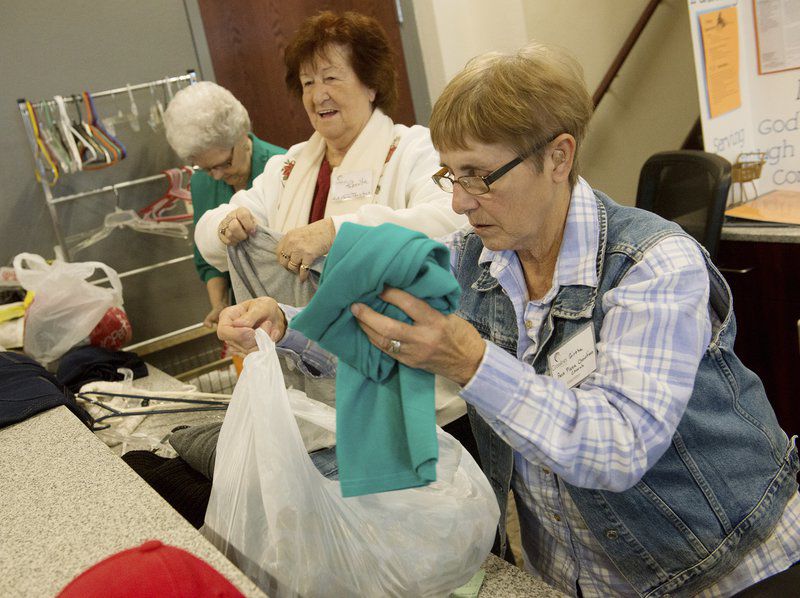 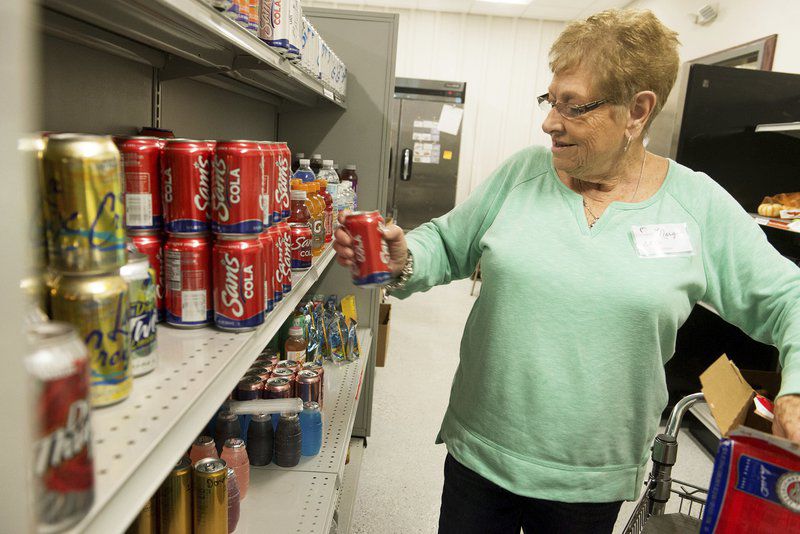 Michael Lortz works in the kitchen on Monday at Watered Gardens. A movement called Giving Tuesday seeks to promote contributions to charities such as Watered Gardens, Crosslines and the Salvation Army. GLOBE | ROGER NOMER

After Thanksgiving, Americans traditionally spend the weekend — and parts of the next week — throwing money at discounted Christmas gifts, big-screen TVs and more.

Black Friday sales often continue through the weekend when sometimes weeklong Cyber Monday offers begin. National sales on these shopper’s holidays have increased each of the last four years, reaching almost $6 billion combined in 2015, according to Forbes.

In direct response to some of the most prominent commercial spending days in the world, the charitable initiative, Giving Tuesday, was launched in 2011.

The movement, which is more a philosophical call to action than a formal, organized group, encourages individuals, groups and businesses to consider making donations to local charities in place of or in addition to their seasonal retail purchases. Several local organizations will be participating as charities encourage donations today, plan to host fundraising events and work to raise awareness of Giving Tuesday, and at least one business makes a prominent donation.

TAMKO Building Products announced Monday it has donated $25,000 to Joplin Little League Baseball for installation of lighting at a city ballfield as part of Giving Tuesday.

"We are proud to be part of the Little League effort," said David Humphreys, TAMKO president and CEO, said in a statement. "Youth sports are an important part of the fabric of our community where kids can have a chance to have fun in a competitive atmosphere and learn the value of integrity, teamwork and personal responsibility."

“When Cyber Monday came up and all that stuff … then somebody said we need to have a giving day, so that’s when all that started,” Stearns said. “Some of the nonprofits started saying, ‘Let’s have a Giving Tuesday,’ and they kind of emphasized the different day.”

The holiday season is already a prominent one for the Salvation Army as volunteers ring bells and collect donations outside grocery stores, but Stearns said the head start a strong Giving Tuesday could present would allow the organization more security throughout the year.

Stearns said nearly all donations made in Joplin stay local, with the exception of roughly 10 percent that goes to the organization’s Midland Division headquarters in St. Louis, where some administrative services such as bookkeeping are done for the Joplin organization.

James Whitford, co-founder and executive director of Watered Gardens Gospel Rescue Mission, a group that works with the homeless, says the organization will attempt to raise awareness of Giving Tuesday and Watered Gardens’ work through a series of videos that will be made available on social media.

“I think it’ll be a fun way to engage our community,” he said. “But in general, I think the idea of Giving Tuesday is great. Black Friday is all about going out and shopping and spending, and here we have an opportunity to reach out and help those who are struggling on a variety of fronts.”

Whitford said donors to any charity often want to know that the money they’re giving is going to a reputable organization and will be put to good use. The best way to be assured of that, he said, is to get to know the charity in person. Whitford hopes the videos that will offer a glimpse into Watered Gardens’ operations do just that.

“I think there’s an energy about Giving Tuesday,” he said. “And we just want to make sure that we reach out to our community on that day. And this is a fun way to do that and to engage more people to be a part of what we do. And who knows, it could bring in more volunteers, and we love volunteer help.”

According to its website, a $15 donation to Watered Gardens can provide an individual one night’s stay, which includes a shower, meals, hygiene items, laundry facilities and various mentoring services. Whitford said all donations to Watered Gardens stay local.

Crosslines Ministries in Joplin will be the host of a “Celebrate the Season” fundraiser event from 6 to 8 p.m. today at its office, 320 S. School Ave., said its assistant director, Rikki Smith said. The event will feature food and crafts for a $15 donation. Smith said the organization’s recent move to quarters on School Avenue and other transitions have kept it from organizing events specific to Giving Tuesday, but not for lack of interest.

“We’re doing our own version of Giving Tuesday,” Smith said. “I don’t know where it started, but it was brilliant.”

The charitable initiative was launched in 2011 by the 92nd Street Y, a cultural and community center base in New York City. The day is observed the Tuesday after Thanksgiving in direct response to the shopping weekend of Black Friday and Cyber Monday.

Gertrude Elizabeth "Trudy" Waldbuesser of Liberal, Missouri, passed away peacefully in her sleep at 9:25 p.m. on Friday, August 7, 2020, at Via Christi Village in Pittsburg, Kansas. She was born March 22, 1925, in Frankfurt, Germany, to Otto and Phillipina (Kline) Triller. Her school-age yea…