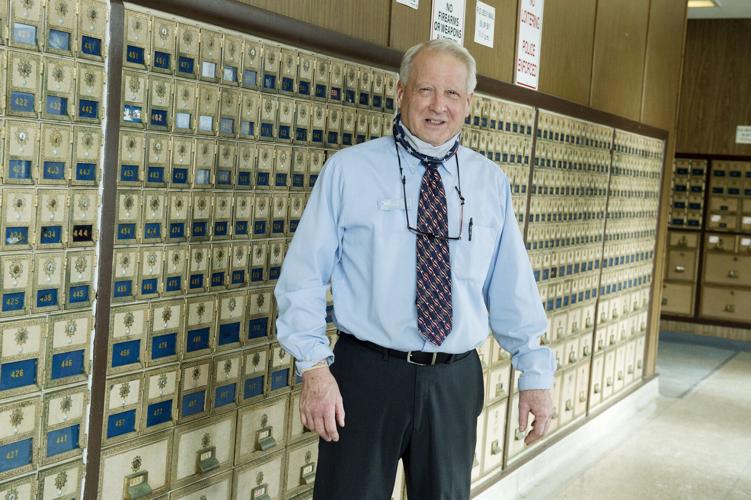 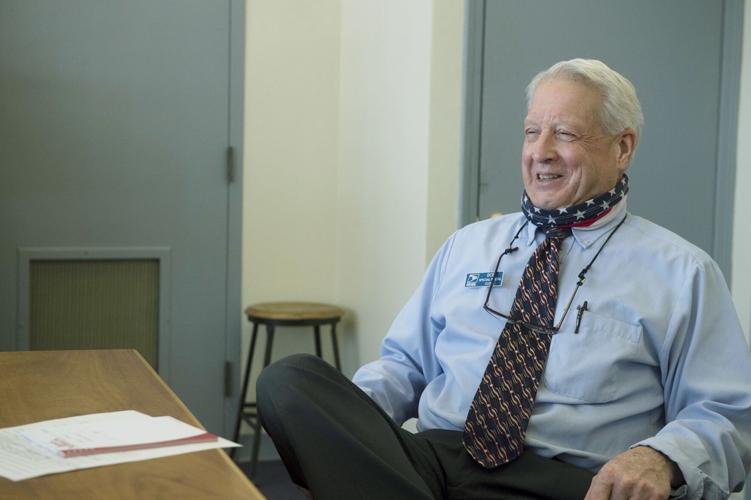 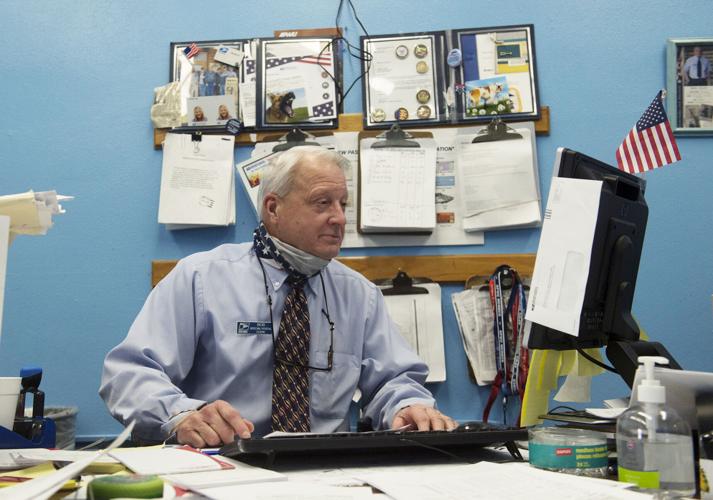 Bob Oldt works at his desk at the Joplin post office branch at 101 N. Main St., where he has been employed for 48 years. He says he has no plans to retire anytime soon.

Bob Oldt works at his desk at the Joplin post office branch at 101 N. Main St., where he has been employed for 48 years. He says he has no plans to retire anytime soon.

One hundred and forty thousand and counting. That’s roughly how many passports Bob Oldt has processed for Joplin-area residents at the main Joplin post office.

His first job with U.S. Postal Service in Joplin was in 1974 as a clerk.

Which explains why the 72-year-old, who is based out of the North Main Street post office, is likely one of the most recognized men in Joplin, despite the fact that he’s never once appeared on local television.

“I know a lot of people, oh, yeah,” Oldt said. “I’ve definitely been here a long time; I see so many people come and go through this office that I pretty much know everyone.”

Oldt, who won’t be caught not wearing one of his trademark colored neckties, has been a fixture at the Joplin building for 48 years. During that time, he said, the building surrounding him hasn’t changed a bit.

“It’s like my second home here,” he said. “Every day, I park my truck and I walk across (Main Street) to come in here and begin another day. I’m just having so much fun right now. I love my job.”

Newly married to a Southwest Missouri native, and having just ended a four-year stint with the U.S. Navy during the bloodiest years of the Vietnam War — including service on the guided missile destroyer USS Josephus Daniels — Oldt arrived in mid-1972 in Joplin.

He landed a job with A.Y. McDonald MFG over on McKinley Avenue, making $2.50 an hour, loading train cars with equipment, while supporting his wife and a growing family, which would eventually count three daughters.

One day, he pulled into the North Main post office in his green 1969 Volkswagen — “bought it brand-new for $2,000,” Oldt said — where he was told the post office was hiring and that civil service tests were being held at the nearby Joplin High School building.

“I was a vet,” he said. “I had nothing to lose, right? So I played hooky from work one day and went down to the school. I was a little bit late, and I remember walking through the front door and seeing the place was packed with people wearing suits, all dressed up, and I remember thinking, ‘Buddy, you don’t stand a chance in the world of passing this; you’re wasting your time.’ But I took it. I did the memory test, turn the page, did this, did that, turn the page — understood all of it. I finished it, raised my hand. I was the first one to walk out of the door, done.”

“I was the first one they hired out of that whole group,” Oldt said.

With the promise of making $4.50 per hour plus benefits, he entered his “second home” for the first time as an employee in January 1974.

“I walked through those same front doors, into this room, and into Bob Higgins’ office, the postmaster then. He asked me if I wanted to be a clerk or a carrier. Well, I looked out the window and it was spitting snow outside. So I chose clerk. I like being warm.”

A day in the life

With the exception of actually delivering the mail from truck to mailbox, Oldt has pretty much handled every conceivable function that can be found inside a federal post office, first as a general clerk and now as a special clerk.

He’s served for many years as the office’s supply clerk. He at one point hit the road to chart the progress of the mail to smaller offices. When one of the window clerks needs a break during the day, he steps in to interact with the public. He’s also the president of the local union of 32 postal clerks.

But his first true love centers around passports. At one time, during the 1970s and 1980s, he was processing up to 50 passports a day. It’s not quite that busy nowadays.

“But people will come in to see me, even for renewals; they don’t have to come to me, but they do,” he said. “Whenever I fly out of Joplin, people recognize me — ‘Hey, you did my passport.’ I’ve done so many of them I just say ‘good, good, thank you.’”

He’s remembered because he makes the process fun. So many people are so nervous when it comes to passports, he said — probably because they have to prove their citizenship through documentation or because they have to be photographed — that Oldt works hard to put grins on faces.

“It’s not a complicated deal, passports — it really isn’t, (but) people make it way too complicated,” Oldt said.

Spin a globe, stop it and point to a given location, and there’s a good chance he’s processed a passport for someone to go to that corner of the world over the prior 48 years.

“Absolutely every destination possible,” he said with shake of his head. “Some places even I’ve never even heard of — and I was in the Navy. Places you probably couldn’t find on a map.”

Sometimes he’ll ask a person, “Is that a good place to go for vacation?” Later, he’ll have to look it up on the internet to see where the a city or province is located, whether that location is in China, Africa or India.

As for his “uniform,” as he calls it, “I love dressing up,” he said. “It’s because nobody else dresses like this anymore. When I was here, everyone dressed in ties; now, no one wears anything like this anymore.”

In fact, many times the public will mistake him for the postmaster. “I wear a uniform because (the government) pays me to wear this. I still have respect for the Postal Service. I still have a love for this place and for what we do here. We’re here for service, not for profit.”

While most 72-year-olds are well into retirement, Oldt doesn’t even want to hear that word in his presence.

“Most people look at a job as a means to an end, which is retirement,” he said. “Not for me. Retirement, for me, is an end. I don’t want this to end, as long as my health holds up.

“You have to have something in life to look forward to, and people always say, ‘Enjoy life.’ Well, that’s what I’m doing right now. I’m having the time of my life.”