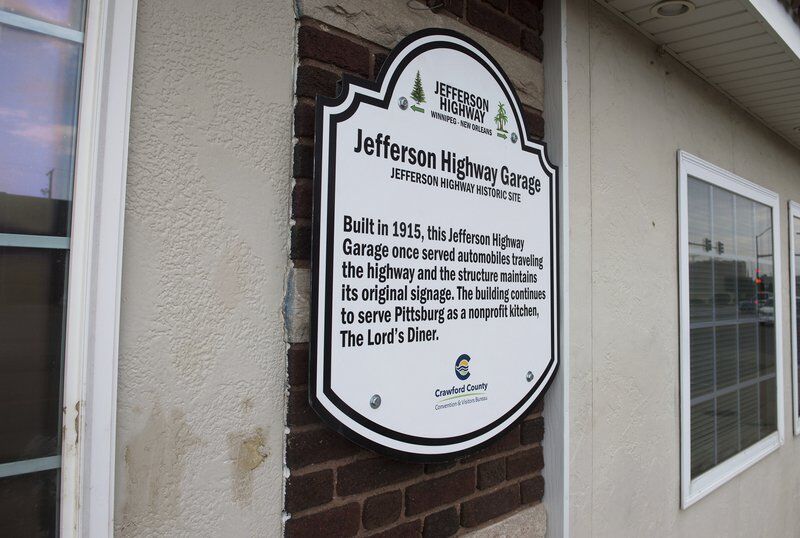 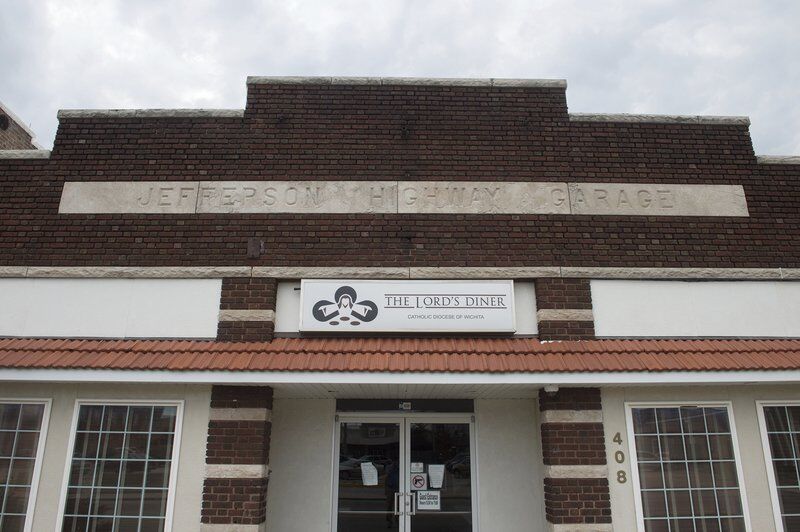 The Lord's Diner in Pittsburg, Kan., is located at the former site of the Jefferson Highway Garage. Globe | Roger Nomer 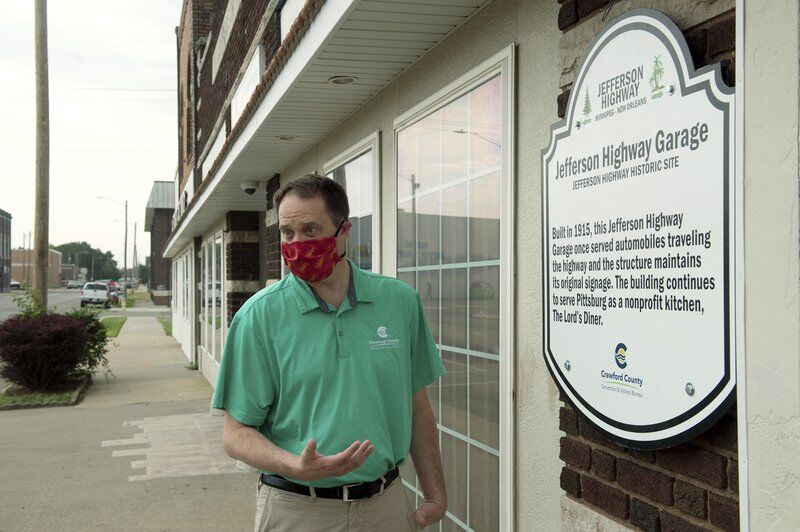 The Lord's Diner in Pittsburg, Kan., is located at the former site of the Jefferson Highway Garage. Globe | Roger Nomer

PITTSBURG, Kan. — The city of Pittsburg has placed a historic marker at the Lord’s Diner downtown in an attempt to resurrect the history of a forgotten highway system that predates Route 66.

The Jefferson Highway, a north-south highway that stretches from Canada to New Orleans, was originally built as a guided road for automobile travelers from 1915 to 1925. The highway is named after the third president of the United States, Thomas Jefferson, for his role in the 1803 Louisiana Purchase.

"It was advertised as 'From Pine to Palm Highway,' a hard-surfaced roadway that can be used in all weather conditions," said Loring Miller, with the board of directors of the Jefferson Highway Association. "Hard-surfaced in those days meant rock, brick, gravel, concrete, etc. Hard-surfaced meant that it wasn't mud. It was graded and surfaced in such a way so that wagons and cars wouldn't bog down in the mud."

The idea of a highway that could be economically beneficial to regional farmers was proposed by Edwin T. Meredith, publisher of Successful Farming and Better Homes and Gardens and later the agriculture secretary under President Woodrow Wilson, according to digital records from Pittsburg State University. Before the road was built, area states and counties competed against each other to have the highway pass through their region.

"The Good Roads Movement was put together to accommodate bicycle traffic, but it advanced, of course, into the automobile traffic, and that was the emphasis," Miller said. "The government actually paid for the materials to surface the road."

The Crawford County division of the Jefferson Highway Association was formed after a 1915 meeting to help plan and fund the portion of the highway that locals hoped would pass through their county, according to PSU’s records. Townships and private landowners were to be the primary sources for funding. In the end, both Kansas and Missouri were awarded portions of the highway between Joplin and Kansas City.

In the far northeastern corner of Crawford County, the Jefferson Highway’s Kansas route overlapped with the 1800s Military Road, which mostly ran along present-day 250th Street, then weaved west through present-day Arma and Franklin, south through Frontenac and Pittsburg, then southeast through Opolis.

The Jefferson Highway also runs through Carthage and Joplin in Southwest Missouri, where portions of it ultimately became part of Route 66. Miller said named highways all over the United States were lost due to the implementation of the interstate roadway numbering system in 1926. In Missouri, the original Jefferson Highway was divided into four or five roadway numbers.

"The Lincoln Highway, which is the first transcontinental highway across the U.S. from west to east, maintained its identity because it basically used the same roadway and followed Highway 30 across the country," Miller said. "Unfortunately, the Jefferson Highway, when they put the numbering system to it, they had several numbers assigned to the highway. They broke that up, and the name got lost in history in 1926 because so many numbers were assigned to it."

But some are now taking steps to ensure that the Jefferson Highway isn't lost forever.

The Lord’s Diner at 408 N. Locust in Pittsburg currently operates as a nonprofit soup kitchen, but decades ago, it was a garage along Jefferson Highway. The Jefferson Highway Garage was an auto supply business up until the early '80s, according to Amanda Minton, Crawford County Historical Museum director.

After learning that the old garage was located in one of the last buildings along the route to have its original Jefferson Highway signage, the Crawford County Convention and Visitors Bureau partnered with Pittsburg Noon Rotary to get approval from the Catholic Diocese of Wichita, which operates the Lord's Diner, to have the Jefferson Highway Association marker put on display at the location.

“I didn’t really notice the sign ‘Jefferson Highway Garage’ until it was pointed out to me by some of the local museums,” said Chris Wilson, communications manager with the Crawford County convention bureau. “They said Jefferson Highway Garage is an original building, and they think it’s one of the last ones on the route. I started looking into it and found that the Jefferson Highway Association is trying to bring new life back to it. Everybody knows Route 66. But this was before that, and no one has really remembered it.”

The Jefferson Highway Association, the group overseeing the signs, is hoping the markers will help the highway take off in popularity like Route 66. Miller said the signs are affordable and run about $80 apiece, including shipping.

“These special signs now starting to go up along the historic Jefferson Highway route will create a special link for travelers and tourists,” said Roger Bell, vice president of the Jefferson Highway Association, in a statement. “They will bring special attention and enhance knowledge of the history and diversity of this historic north-south highway.”

The signage in Pittsburg is one of the first 10 markers to go up along the route. At least two other markers will be located in Lincoln Park because of a historic campsite that was available for families needing affordable lodging, Wilson said. The camp was located where the band shell is today.

Miller was instrumental in helping map the original route of the Jefferson Highway in Iowa, where it's marked as a historic byway. He hopes other states will follow suit.

"We have historians that pretty much have the original route all identified," Miller said. "It would be nice if it could be preserved in the other states through the byway system."

The Jefferson Highway Association has created an official map of the old historic road on its website at jeffersonhighway.org.