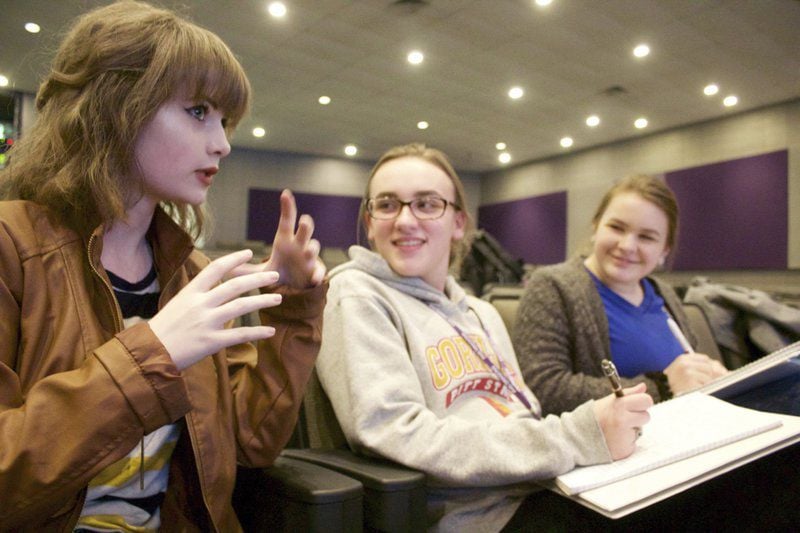 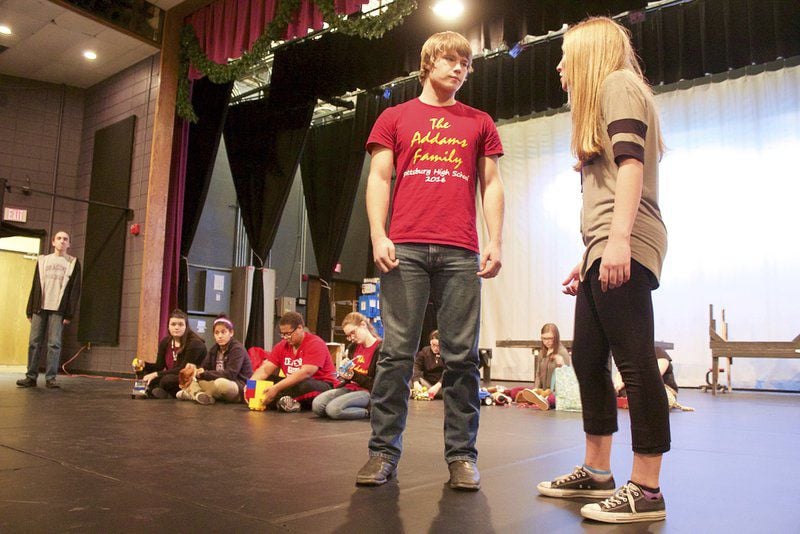 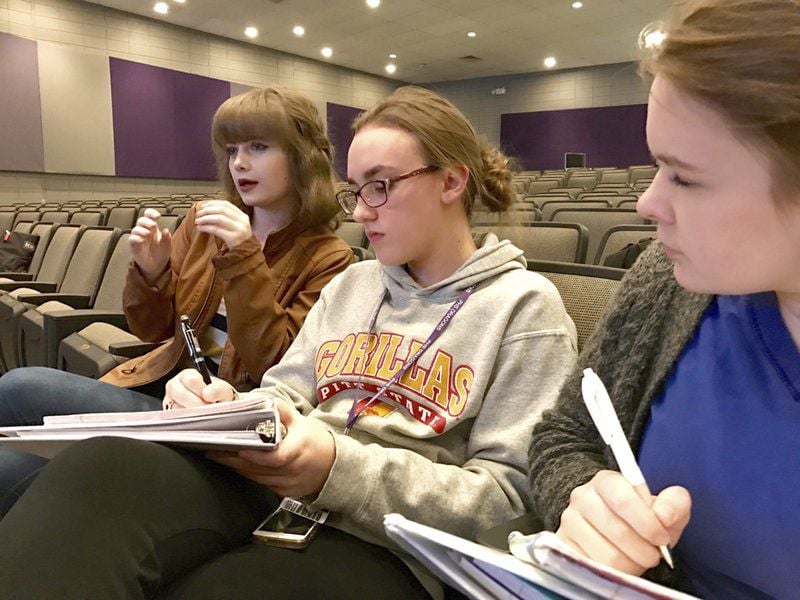 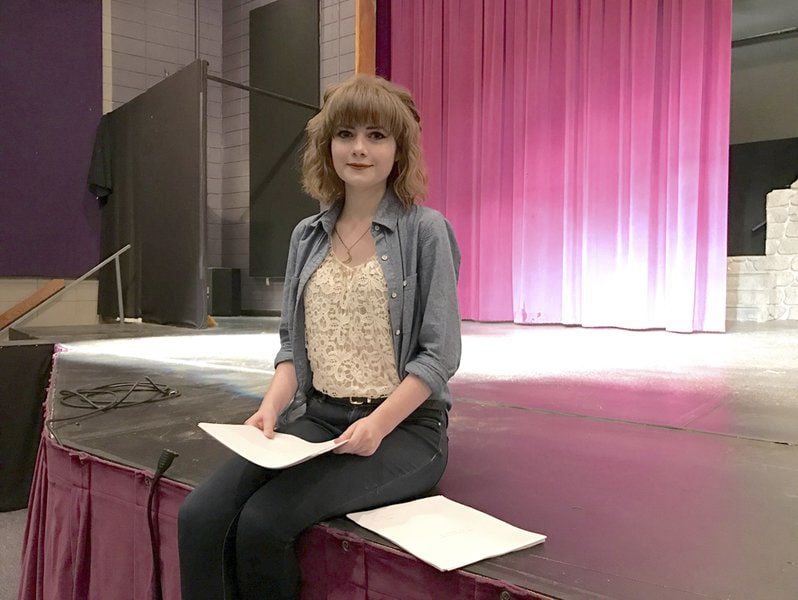 And then there’s Breakfast With Santa.

The annual free, holiday-themed theatrical gift to the children of the community has always been well-received. It draws several hundred audience members for the 30-minute production that culminates with doughnuts provided by Mount Carmel Foundation and a chance to pose for photographs with the jolly old elf himself.

But for it, Shaw turns the reins over to a student director and assistant director who run rehearsals, manage the technical aspects and crew and make decisions. This year, he took student involvement a step further: A student playwright, not a professional publishing house, provided the script.

It’s a first not only with the school’s Breakfast With Santa tradition, but also in the history of PHS theater, as far as Shaw knows.

And Meghan Hess, the playwright, recently learned she’s just scored another first: She’s the first PHS student chosen as the top young playwright in the state by Kansas Thespians.

Hess was raised in a world of literature.

That foundation, and movies she closely analyzed, served as inspiration for her own writing, done in a creative corner at home equipped with the old and the new: a vinyl record player and a laptop computer.

Buoyed by success at poetry and short stories, as well as dramatic interpretation in forensics last year — she qualified for nationals — she took a recommendation by her gifted and English teachers to do an independent study with Shaw.

He, in turn, welcomed the chance to allow a student to pursue an area of interest.

“She’s a gifted writer, and I recognized potential,” said Shaw, who connected her with a professional playwright and helped her work on how to translate her words to the stage.

The script features an ill Santa who can’t deliver presents on Christmas Eve and his brother, Nickolai, who arrives to take over. But Mrs. Claus remains skeptical, as do four loyal elves. When they take it upon themselves to investigate, they uncover a shocking secret. Can Christmas be saved?

It wasn’t a stretch for Hess, as a fan of "Star Wars" who built her own light saber and who dreams of landing a job at Lucasfilm, to incorporate tauntauns, wampa and Hoth into a children’s holiday tale.

Hess attended auditions and has been involved with rehearsals from the first day, and she said it has been exciting to watch her words come to life on stage.

“They’re pulling out the characters I envisioned, just like I imagined,” she said. “I worried whether they would laugh at my jokes, if they would understand my plot, but they are and it’s a dream come true.”

Directing the show is senior Coral VanBecelaere, who just wrapped her 17th show at PHS as a cast member. She got her start with the Breakfast With Santa tradition as a freshman in “Santa and the Wicked Wazoo” by Tim Kelly, who has more than 350 plays currently in print.

She’s assisted by junior Alexis Daniels, who got her start in the Breakfast With Santa tradition as a freshman in “How Santa Got His Christmas Tree,” also by Kelly.

“It involves Mrs. Claus a lot more, and it tells a wonderful message,” she said.

“You can do anything if you set your mind to it,” VanBecelaere said. “I think that's a great message for kids to hear.”

And perhaps Hess is living out her own message, she reflected.

“I hope to be a great playwright or screenwriter myself someday,” Hess said. “This is giving me my start.”

It was chosen as the top play in the state and will be brought to life by student actors at the state conference. Called “Tender is the Tell-Tale Heart: A Brief Odyssey of Love,” it’s a nod to Poe, Fitzgerald and Homer.

She’s also awaiting results of the off-off-Broadway competition by American play publishing company Samuel French, and she plans to participate in the Inge Festival in Independence, Kansas, “sometime in the future.”

“I’m using playwriting as my platform to begin a career as a screenwriter,” she said. “This is giving me a jump-start to my dream.”

“Breakfast With (Mrs.!) Santa” will begin at 9 a.m. Saturday in the Pittsburg High School auditorium, 1978 E. Fourth St., and will be followed by a light breakfast, coloring pages and letters to Santa, and the chance to take photos on Santa’s lap. It’s free.