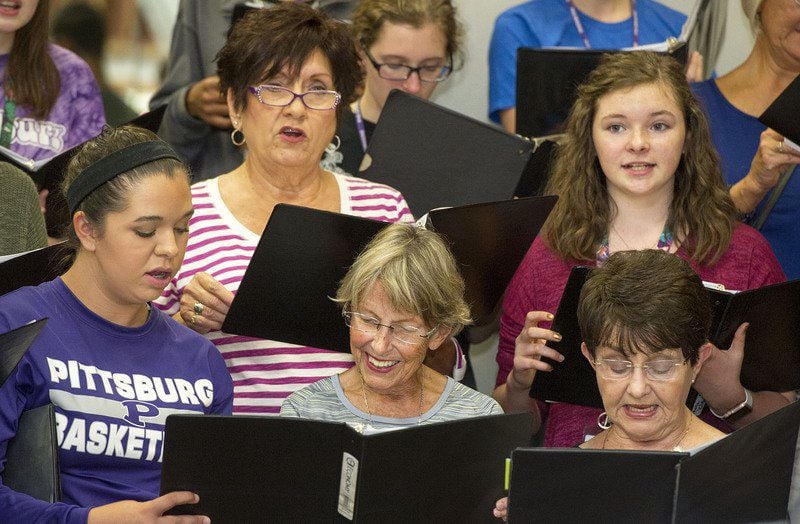 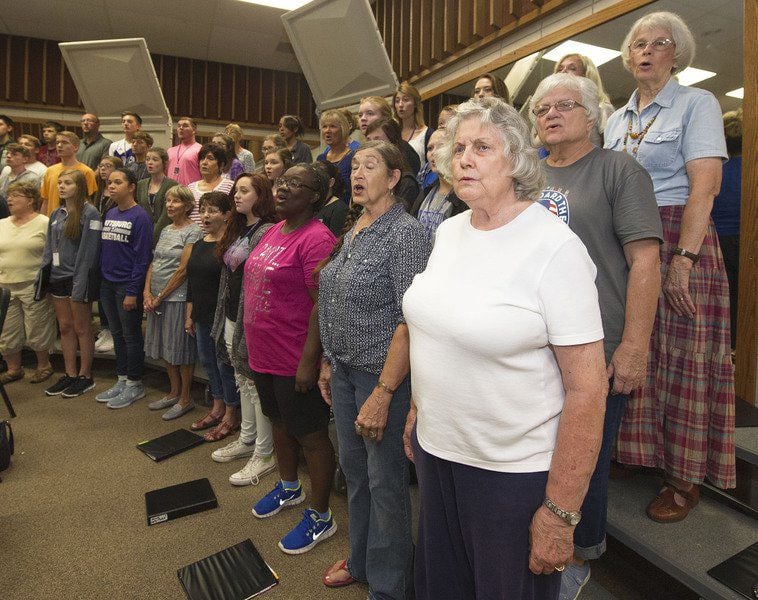 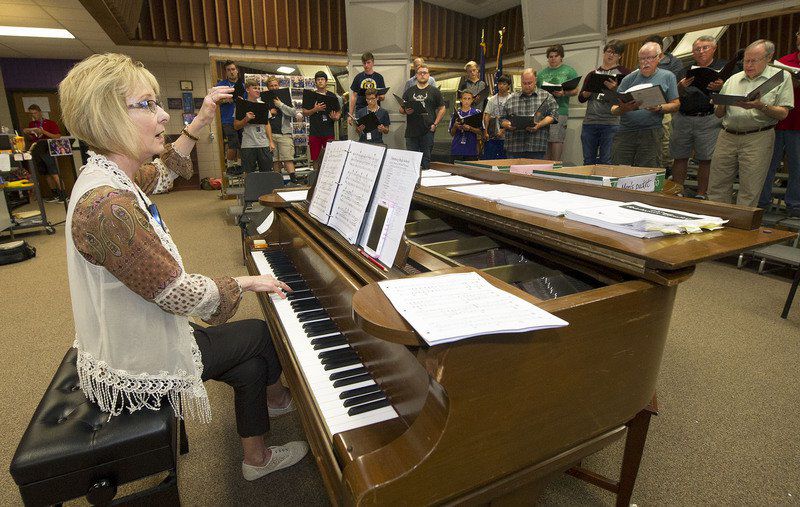 Susan Laushman, the choir director and also the director of vocal music at Pittsburg High School, said the focus on peace is much needed after a summer that saw high levels of violence and unrest across the world.

"I am not one to do a themed concert, but with all of the events occurring this summer, I just thought the writing's on the wall," she said.

Musicians worldwide will sing "Ukuthula," a South African peace hymn, for the International Day of Peace, which is observed globally on Sept. 21.

Laushman said she first heard about the worldwide music effort over the summer, when she ran into Fenton, a former classmate from college, at a convention. She said the Pittsburg choir will sing the anthem Sept. 21 and upload a recorded version of it online so that it can be played in a "virtual choir" during the performance in Kenya.

The anthem is in Zulu, one of the official languages of South Africa. Laushman said the lyrics, which have a Christian overtone, talk about how peace is needed in a world of sin.

"You teach it phonetically, and it happens pretty quick," she said of the singers' ability to pick up the lyrics. "In African music, there's lots of repetition, so it's not as intimidating. We just plunge in, and all of a sudden, they're singing it."

Jim Bishop, who owns a real estate company, said he has worked hard to get the pronunciation of the lyrics just right.

"It's fun to challenge yourself to do that, and you repeat it so much that by the time the performance comes around, you feel real comfortable," he said.

Karen Shepherd, who remembers the peace efforts of the 1960s, said she is glad to be part of the worldwide day of peace.

"The music and the meaning (of the anthem) are very encouraging," she said.

The choir, which combines voices of singers from 14 to 88 years old, was launched eight years ago by Laushman. She started with a women's choir that joined her high school choir classes twice per week, and eventually added men's and mixed choirs.

This year, her combined choir has about 170 members, nearly half of whom are members of the community.

"There are just so many benefits that I didn't anticipate happening," Laushman said. "I knew they (community members) would build good rapport with the high schoolers; I knew they would become more involved with the school system here. But, gosh, the bonds are much stronger."

Laushman said many of the community members are parents or grandparents of her high school students, but some are unrelated to anyone in the choir and attend rehearsals to sing and make new friends.

"I have to end rehearsal several minutes early because they want that social time to hug on those kids and tell them about what's going on in their lives," she said.

Shepherd, who works in an attorney's office, belongs to the choir because she is a lifelong music lover and she prefers to sing in a large group. She said the choir brings people together and generates friendships that might not be forged otherwise.

"It's been an energizing experience, singing with young voices, and it's very satisfying seeing young people realize they never have to stop singing," she said. "And it's great fun."

A celebration of life for Carole Hall Surgi will be held from 11 a.m. to 3 p.m. on Saturday, June 26, at the Surgi home in Airport Drive. Please come and share your memories with others whose lives where enriched by this truly amazing woman.