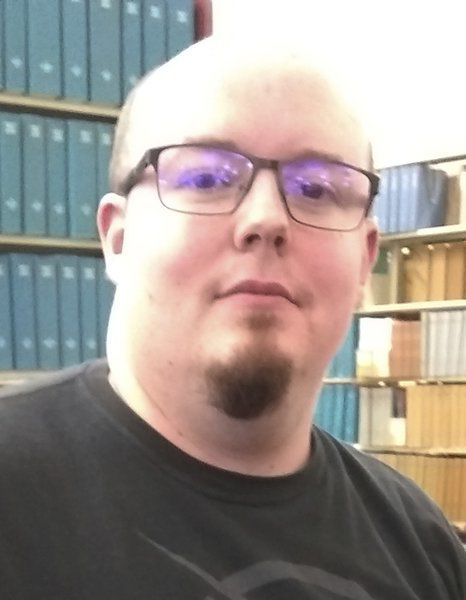 Matt Templeton, 30, of Carthage, looks over his summer schedule on Monday in the George A. Spiva Library at Missouri Southern State University. Kimberly Barker/JoplinGlobe 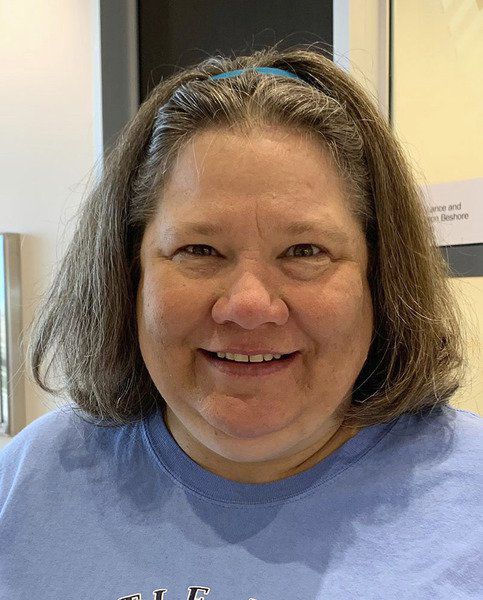 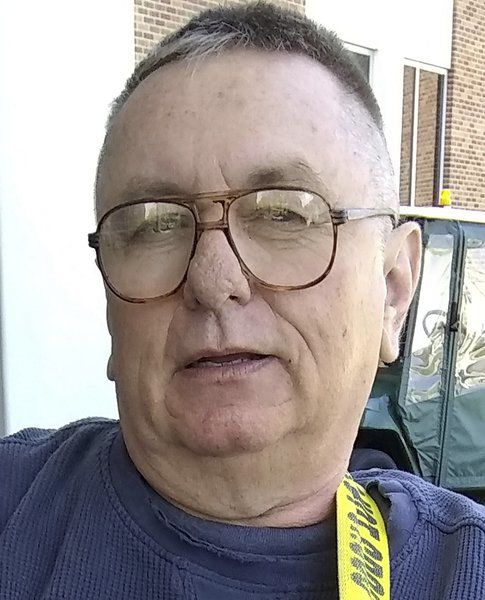 Forest Bridges, 68, of Joplin, sits with his guitar on Monday in front of the Billingsly Student Center at Missouri Southern State University. Kimberly Barker/JoplinGlobe 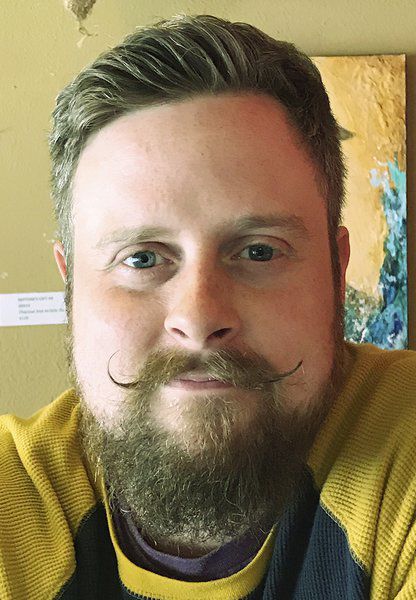 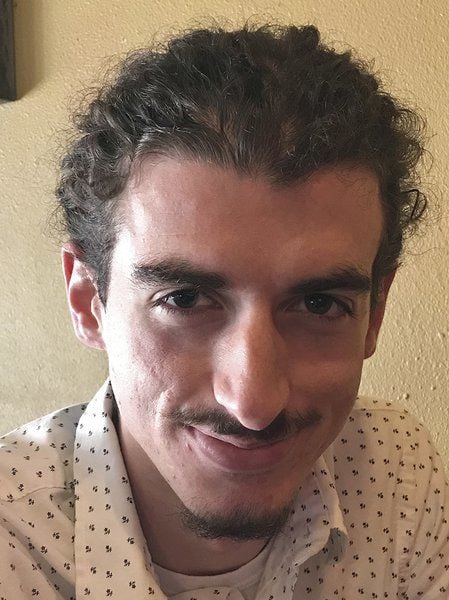 Matt Templeton, 30, of Carthage, looks over his summer schedule on Monday in the George A. Spiva Library at Missouri Southern State University. Kimberly Barker/JoplinGlobe

Forest Bridges, 68, of Joplin, sits with his guitar on Monday in front of the Billingsly Student Center at Missouri Southern State University. Kimberly Barker/JoplinGlobe

Two months after special counsel Robert Mueller issued a report of his findings following a yearslong investigation into links between President Donald Trump and Russia, voters in Southwest Missouri have mixed views.

Some told The Joplin Globe that they believe the report exonerates Trump from all wrongdoing. Others say the opposite, and some say they weren’t left with much clarity at all after reviewing the report of more than 400 pages.

But one thing rang true for almost all voters, regardless of their political affiliation: The report is unlikely to affect how they will vote in the 2020 presidential election.

According to the report, Mueller’s team declined to make a prosecutorial judgment on whether to charge partly because of a Justice Department legal opinion that said sitting presidents shouldn’t be indicted. As a result, the report factually laid out instances in which Trump might have obstructed justice, specifically leaving it open for Congress to take up the matter or for prosecutors to do so once Trump leaves office.

The Joplin Globe asked residents for their view of the Mueller report and whether it changes their opinions of the Trump administration in this latest installment of “Pulse of the Voters,” a project of Community Newspaper Holdings Inc., the Globe’s parent company.

Matt Templeton, 30, of Carthage, voted for Trump two years ago and plans to vote for him again in 2020. A full-time student at Missouri Southern State University, he said he typically votes Republican and believes the Mueller investigation dragged out too long.

“The investigation doesn’t matter at this point,” he said. “The report came out, and they said there’s no recommendation for indictment or charges. Since then, whatever has been redacted inside of it has been used as a political tool to keep the story going. If there is a story there, I don’t think it matters.”

Templeton said the report doesn’t change his views or opinion of Trump. The only way that would change is if the special counsel came out with hard evidence linking the president to legal wrongdoing, he said.

“It’s not like the Russians physically hacked into a voter terminal and changed the results,” he said. “Any evidence or talk of collusion so far has been (along the lines of) they funded ads on Facebook or they piped in campaign funds. While that’s shady behavior, I don’t feel like there’s even any real evidence of collusion. ... Until there’s some kind of actual legal, hard evidence somewhere, Trump supporters are just going to keep supporting Trump.”

Forest Bridges, 68, of Joplin, classifies himself as a liberal Democrat. Playing his guitar on a sunny afternoon in front of MSSU’s Billingsly Student Center, he said he voted for Hillary Clinton in 2016 and views the Mueller investigation and report as thorough.

“If the purpose of the Mueller investigation was to have grounds to impeach the president, it’s too late in the first term to do that,” Bridges said. “What would be the point in impeaching him when you can vote him out of office — if we even could? But the guy has lived such a charmed life, I don’t know what’s going to happen.”

An unredacted version of the Mueller report has yet to be released publicly, and Bridges believes Americans have the right to see it and make up their own minds. When asked if the report changes his view of Trump, Bridges shook his head.

“He is one slippery weasel,” he said. “It confirmed my opinion. They called (former President Ronald) Reagan ‘The Teflon President’ because nothing stuck to him. This guy (Trump) must be industrial-grade Teflon. There are people who believe everything he says.”

Lucas Crawford, 20, who classifies his political views as “moderate right,” read through the first 30 pages of the report. He voted for Trump in 2016, and the report’s outcome doesn’t change that — he’ll vote for Trump again in 2020.

“While (the report) says Trump may have been a bad guy, he did not collude with Russia or obstruct justice,” said Crawford, who is an office manager at the Hilton Garden Inn in Joplin.

Saiona Shajan, an 18-year-old sales associate at Macy’s in Northpark Mall, wasn’t old enough to vote in 2016, but she believes she wouldn’t have voted for Trump. She said she had no opinion of the Mueller report, tending not to follow politics too closely.

But like most voters, she said the report likely won’t play a role when she casts her first vote for president next year.

Some voters said they found it difficult to navigate the complexity of the report, or they were unsure what conclusions the report drew about allegations of collusion between Russia and Trump or his campaign.

Rhonda Childers, who doesn’t consider herself a Trump supporter, said she’s unsure what to make of Mueller’s report. But the handling of the matter has made her suspicious, she said. What she called efforts by the administration to “stifle” the investigation and report bother her, she said.

“If you’ve done nothing wrong, what are you hiding?” she said. “That’s pretty much my overall thoughts on that. If you mess up and go, ‘You know what, my bad, I did a wrong thing, I did something stupid,’ and you just own up to it, I have a lot more respect for you than what’s going on with this.”

Vallerie Gilbert, of Joplin, said she considered Trump to be “the lesser of two evils” when she voted for him in 2016 because she disagreed with Clinton’s support of legal abortion. She is unsure how she feels about Mueller’s report, but her impression was that it was to some degree exonerating of Trump, she said.

Gilbert said if it is confirmed that Trump or his campaign colluded with Russia or if he committed obstruction of justice, she would likely vote for someone else in 2020. She mentioned Sen. Bernie Sanders, I-Vt., as a potential candidate who would have her support.

“If (Trump) is cheating, then that’s not winning,” she said. “I’m a person of integrity. I have my moral issues, but I also have integrity.”

Mark Neuenschwander, a 34-year-old freelance photographer with centrist political views, said he didn’t keep up with the outcome of the Mueller report enough to feel comfortable making an informed decision about it.

“I don’t think it’s as simple as most people would project the situation to be, so because of that, I can’t make a concrete statement on that,” he told the Globe while getting his morning coffee at Joplin Avenue Coffee Co. “From what I’ve heard, it definitely feels like you can’t call Trump 100% innocent on the wrongdoing, but that’s as far as I’ll go.”

Other voters said they view other issues — the economy and border security, for example — as more significant than the Mueller report to their livelihoods and their likeliness to vote for Trump again next year.

For Greg Scheurich, these are uncertain times. That goes both for his business, CNC Machine Products, and his personal feelings about the administration that enacted steel tariffs he says has hurt the business — and impacted his life far more than the Mueller report.

Scheurich said Trump’s decision to institute tariffs on imported steel and other products has led to foreign manufacturers picking up business that had gone to him as customers look to avoid paying the 25 percent duties. He supports Trump’s goal of establishing more favorable trade agreements for the United States, but he has been critical of the administration’s tactics and the implementation of the tariffs.

As for what that means for his 2020 plans, Scheurich, who has been a supporter of Trump’s, says it’s too soon to tell.

“Do you agree with everything anybody does? No, that’s not uncommon,” he said. “I don’t agree at all with the way this was handled. But would I still support him? Do I think he’s done some good things? Yes. But also I don’t agree with some of these programs he put out.”

Kelly Sandlin, a Joplin-based sculptor, also is looking to other issues that matter more to him than the Mueller report.

He voted for Trump in 2016 and is ready to put the report behind him. At the start of Mueller’s investigation, he wanted to see where it would go, although he didn’t believe it could be true that the president colluded with Russia, he said.

“I believe that we are finally at the end, and there was no evidence of collusion, so we should move on to different things,” said Sandlin, 51. “I’m definitely at the point of having ‘Mueller report fatigue’ because it has been brought up so much recently.”

Sandlin said the report will have little bearing on his vote in 2020.

“It has some effect, but in a positive way — it makes it an easier decision to vote for Trump again,” he said. “What is going to determine whether I vote for him again is the economy, which is the most important thing to me. ... Other important issues to me are border security, maintaining a pro-Israel stance, fairness and ‘America first.’”

There are few signs of significantly shifting attitudes in the country's heartland on who should be elected the nation’s president in 2020.