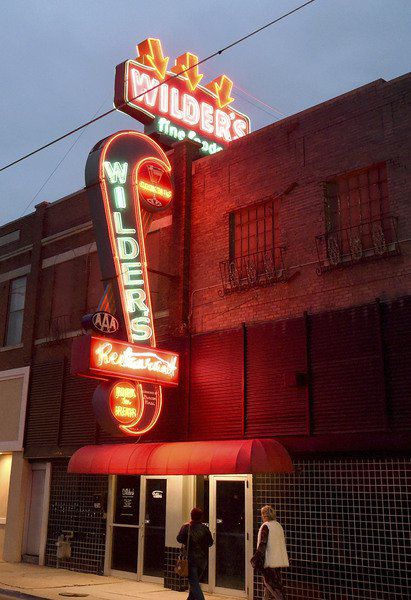 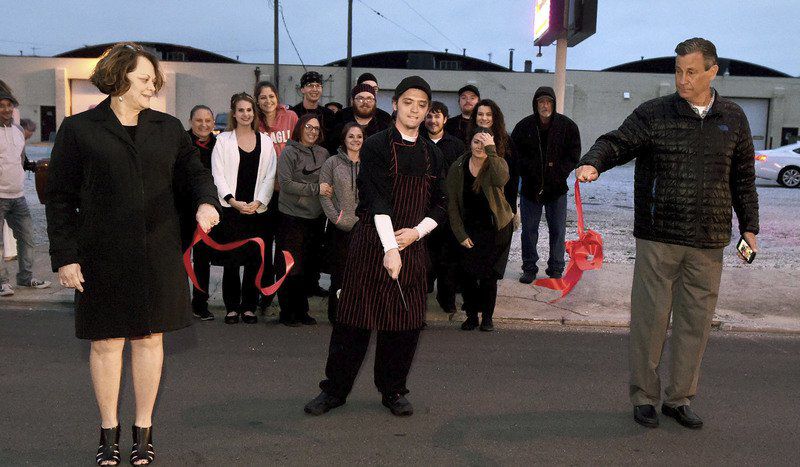 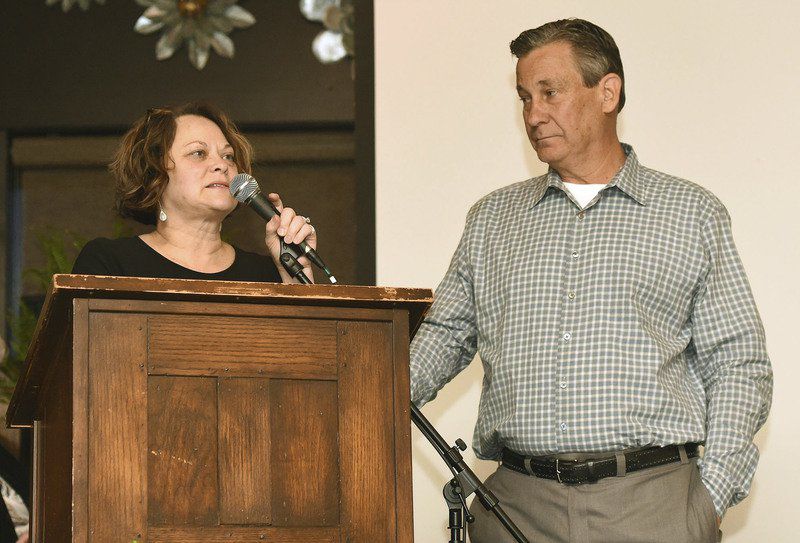 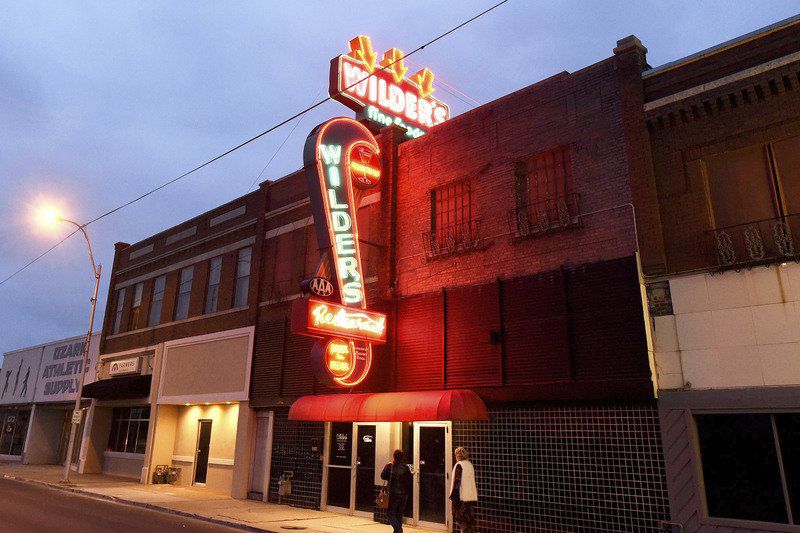 Gusty winds and low temperatures on Saturday night did not deter Larry Spaeth from coming to Wilder's Restaurant to see its historic neon sign glowing over Main Street for the first time in more than 20 years.

“Here it is!” Spaeth shouted as the sign was lit in front of a crowd of about 40 people outside the restaurant, 1216 Main St.

“It’s a great addition to downtown,” Spaeth said. “It's something I haven’t seen in years and years. ... It was all worth it."

The sign — one of the largest neon signs in Missouri — was taken down in February for restoration and was brought back to the restaurant in early April. Wilder’s owners Mike and Marsha Pawlus said they believed it was the right time to restore the sign and get it working again.

There has been a restaurant at the location since 1929, and it's where Verne Wilder opened his business in 1936. It became a popular attraction for food enthusiasts and travelers. The restaurant was also a hit during World War II with soldiers stationed at Camp Crowder in Neosho. Its name was changed to Wilder’s Restaurant in 1950, which is also when the original sign was installed. The Pawluses bought the restaurant in 1996, restoring the interior.

The couple, who have owned the restaurant for about 20 years, were awarded a $24,000 matching grant in 2017 from the National Park Service through the Route 66 National Corridor Preservation Program. The federal program was established by Congress in 2001 as a way to preserve and protect the history of the Mother Road. The sign was large enough and bright enough to draw travelers off of Route 66, which passed by five blocks away.

The grant only covered half of the restoration cost, meaning the Pawluses paid the remainder with the help of community donations and fundraisers. The total cost for the historic sign restoration was about $43,000, Marsha Pawlus said.

“And now it’s surreal after a year and half of going through the process and planning it, that it’s all coming together,” she said.

The Pawluses pledged that they will take good care of the sign and keep it in great working condition.

“It’s a big commitment, but we’re just so excited to bring a little bit of history back to Joplin,” Marsha Pawlus said.

Sign Designs was the company in charge of removing and restoring the sign, which weighs between 2,500 and 3,000 pounds.

Rick Parmley was another who gathered outside Wilder’s Restaurant on Saturday awaiting the lighting. A regular at Wilder’s, he said he remembers when it used to light up Main Street.

“I think it’s a great deal for Joplin to have this as a part of the community and understand the heritage of the sign,” Parmley said. “It’s pretty neat.”

The Route 66 Association of Missouri approached Mike and Marsha Pawlus a year ago with the idea of restoring the sign and applying for a federal grant that would help cover some of the expenses. The association, which is based in St. Louis, is a nonprofit corporation established to preserve, promote and develop historic Route 66.

“A lot of Americans believe that Route 66 is dead,” said Tonya Pike, secretary of the Route 66 Association of Missouri. “So every time we are able to relight something like this and have a crowd show up even on a cold night like this, it’s a big victory.”

Bright sparks from a worker’s blowtorch showered down Friday from the roof of Wilder’s Steakhouse in Joplin, commemorating the day when the hi…