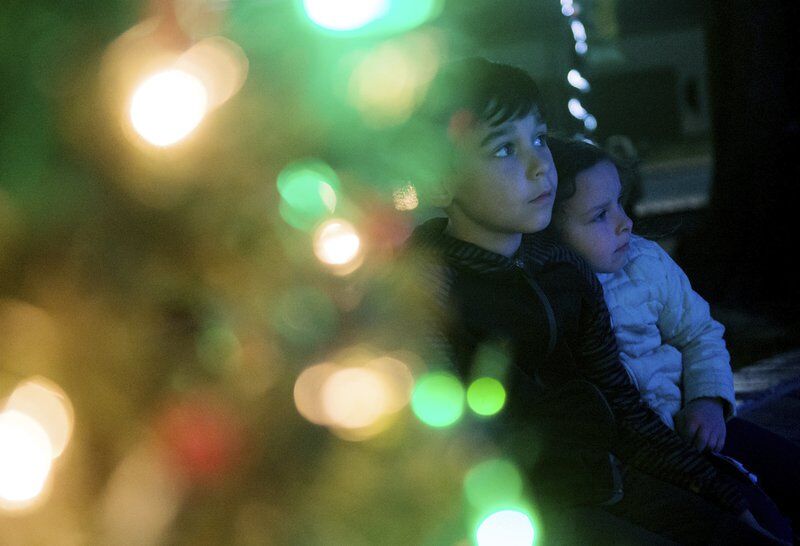 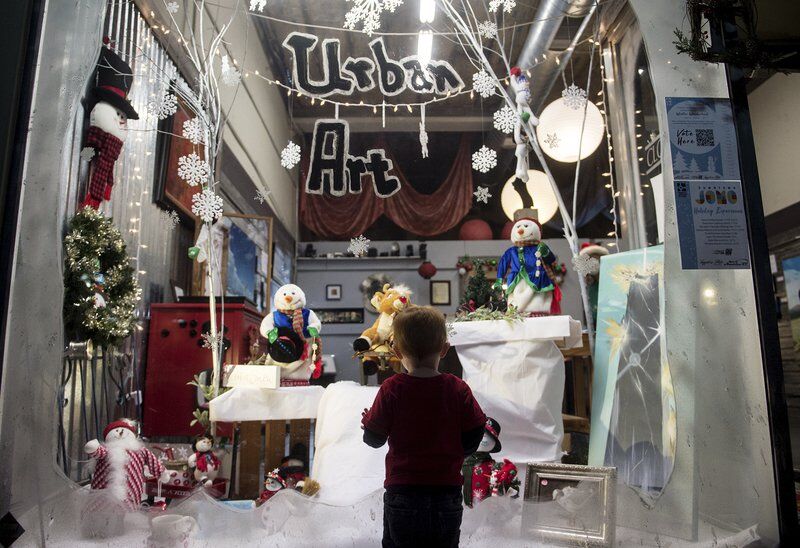 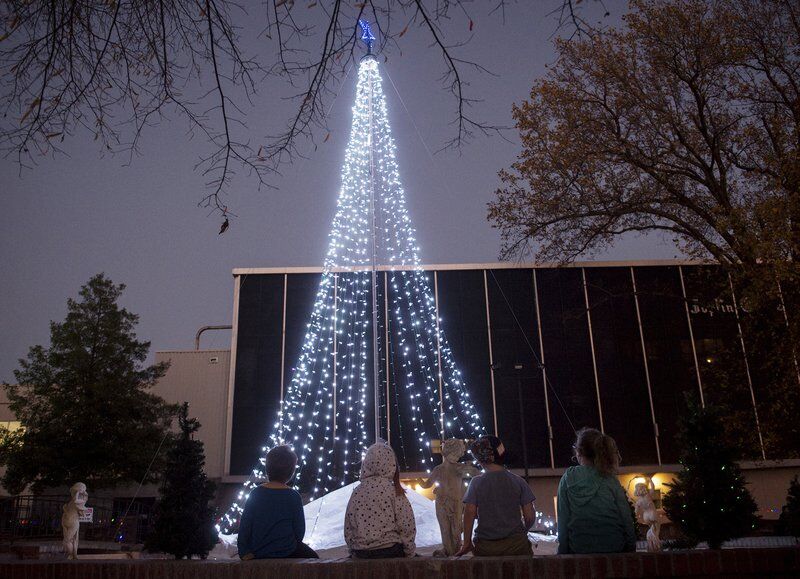 A tree-lighting ceremony early Thursday night wasn't quite what Mindy Stohs and friends expected, but they helped keep the tradition alive.

"We saw on Facebook that it wasn't canceled, so we came," Stohs said. "Since we're here, there's lights going and music playing, so we can still enjoy it."

Stohs and her family, including her two children, were part of a crowd of about three dozen people Thursday who watched a light display at Spiva Park switch on for the holiday season. Unlike previous years, there was no hot chocolate and cookies for kids and no countdown.

But people still enjoyed the lights. Stohs and two other families are in their fourth year of making the city's Spiva Park ceremony a holiday tradition. Their kids had fun running around the park, chasing each other around trees as the light show played.

"This is one of those things where there is something for kids to do," Stohs said. "I love the idea that when they grow up, they will be able to remember that they used to do this every year."

The annual celebration was subdued because of the COVID-19 pandemic, said Lori Haun, director of the Downtown Joplin Alliance.

"We tried to make this year's event be not so group-heavy, so that we could spread people around downtown," Haun said. "That way they can think about holiday shopping. And a lot of these businesses have online presences now."

While the lighting ceremony was scaled back, downtown businesses stayed open later to show off window decorations for a contest. Food trucks set up shop at Fifth Street and Virginia Avenue, right in front of a car show that drew about a dozen entries. Flashlight history tours led by Paranormal Science Labs were scheduled for later in the night.

The decoration contest will go on until Dec. 14. People can vote for their favorite at shops downtown. Haun said prizes will be awarded for the best use of the theme "Winter Wonderland," the best use of lights and most original design.