Biden to double US global donation of COVID-19 vaccine shots 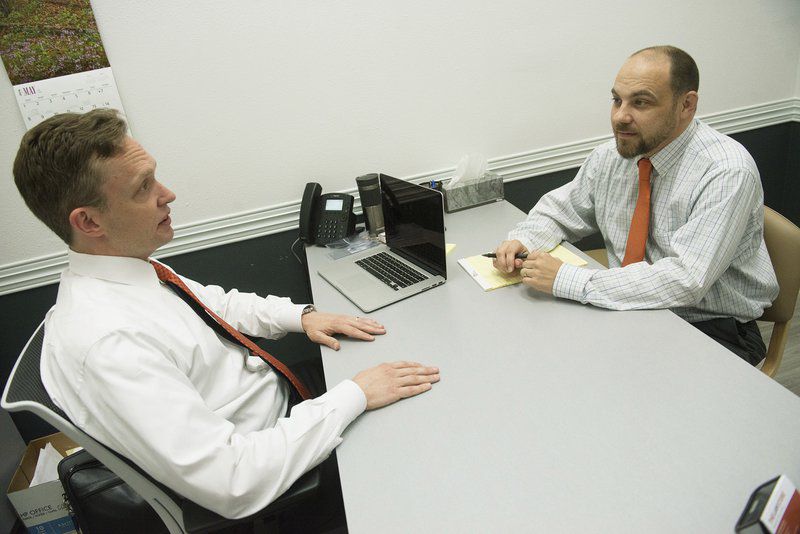 GLOBE | ROGER NOMER Kurt Benecke (left), chief operating officer, and Marshall Miller, vice president of client services, talk Tuesday at The Law Store in the Joplin Seventh Street Wal-Mart. Edward Hershewe, a Joplin attorney and CEO of The Law Store, said that with the evolution of Wal-Mart, it just makes sense for legal services to be offered at its locations. 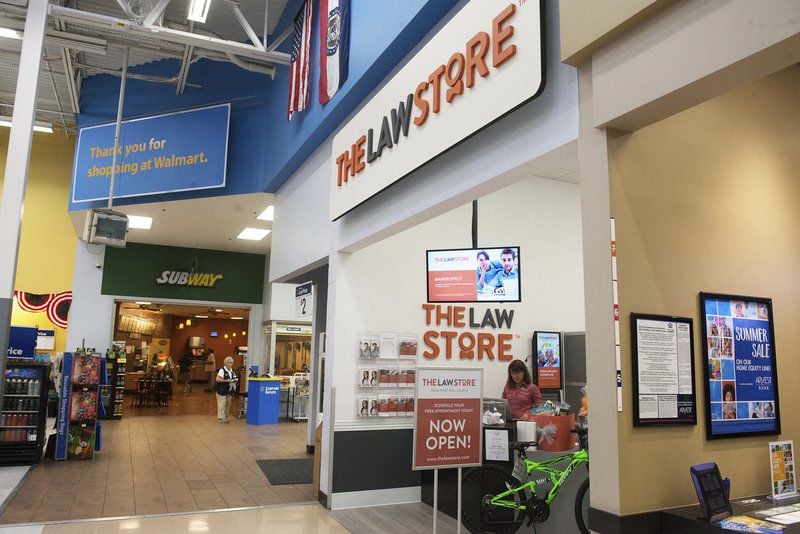 GLOBE | ROGER NOMER Kurt Benecke (left), chief operating officer, and Marshall Miller, vice president of client services, talk Tuesday at The Law Store in the Joplin Seventh Street Wal-Mart. Edward Hershewe, a Joplin attorney and CEO of The Law Store, said that with the evolution of Wal-Mart, it just makes sense for legal services to be offered at its locations.

According to a 2009 study by the Legal Services Corp., a nonprofit funder of civil legal-aid groups, less than 20 percent of legal problems experienced by low-income Americans are addressed with the help of an attorney.

Reasons for not seeking legal representation vary. Studies suggest some people assume they can resolve legal issues themselves, others may not be aware their problem is legally actionable, and some believe they cannot afford the help of a lawyer.

Whatever the barrier to legal representation, The Law Store hopes to break it down.

“The Law Store is a law firm, that’s what it is,” said Katrina Richards, a Joplin attorney and chief public relations officer for The Law Store. “But what we handle are basic, transactional services, smaller things. Things that most every American needs, but a lot of people are not able, or they don’t know a lawyer, or they just, for some reason, they don’t go to a lawyer to get these types of services. Those types of things that can help out everyday Americans, but they otherwise might not get the service.”

The Law Store operates on an upfront, menu-style pricing model instead of the traditional hourly rate, and it doesn’t charge for an initial consultation.

“What we’ve tried to do is take the mystery out of going to a lawyer,” Richards said. “You come in and you meet with us, we don’t charge for that first consultation, and you can look and say, ‘Well, these are the services that I would like,’ talk to the lawyer about that. You can decide to purchase them, and you know exactly what you’re going to pay.”

The Law Store charges $99 to establish a simple will, $79 for nonaccident speeding or other traffic tickets, $49 for a bill of sale and $549 for an uncontested divorce. The store also will offer some free services, including notarizing, accident reports and trademark searches.

Wal-Mart spokeswoman Molly Blakeman stressed the importance of the store's one-stop-shop model to its customers, saying the addition of The Law Store adds to the diversity of services provided at Wal-Mart stores.

"What we aim to do with the lease space is create a complete package for our customers," she said. "You come to Wal-Mart, you can get everything from groceries to tires, clothing. Then when you add in that lease space, it’s that much more value. I think it’s a great value for our customers. We’re excited to see how they respond to the business."

Edward Hershewe, a Joplin attorney and CEO of The Law Store, said as Wal-Mart locations have evolved from solely grocers into places for professional services such as banking and pharmacies, it made sense for a law firm to have a presence in the stores.

Five more locations are planned in Missouri by the end of the year, and the company says 11 other states have expressed interest in bringing in The Law Store locations. Hershewe said the business could be in as many as 1,500 Wal-Mart stores.

"You've got people who are very, very low-income can afford legal aid," Richards said. "Then you have people of higher income brackets who can have a retainer, they can hire their own lawyer, and then you have this huge gap in the population to where these people, you know, maybe they could afford a lawyer, but they wouldn't know where to go, that they are definitely, for whatever the reason, not getting legal services. And so those are the people that we're really wanting to bring into the legal system."

The Law Store will also be open outside of normal business hours as a way to make legal representation more accessible. Hours are from 10 a.m. to 8 p.m. Monday through Friday, and 10 a.m. to 6 p.m. on Saturday and Sunday.

In addition to walk-in services, The Law Store is partnering with a local technology company to create a web-based platform in which users can log in, schedule appointments, communicate with an attorney and send documents online. The platform will also be optimized for mobile users.