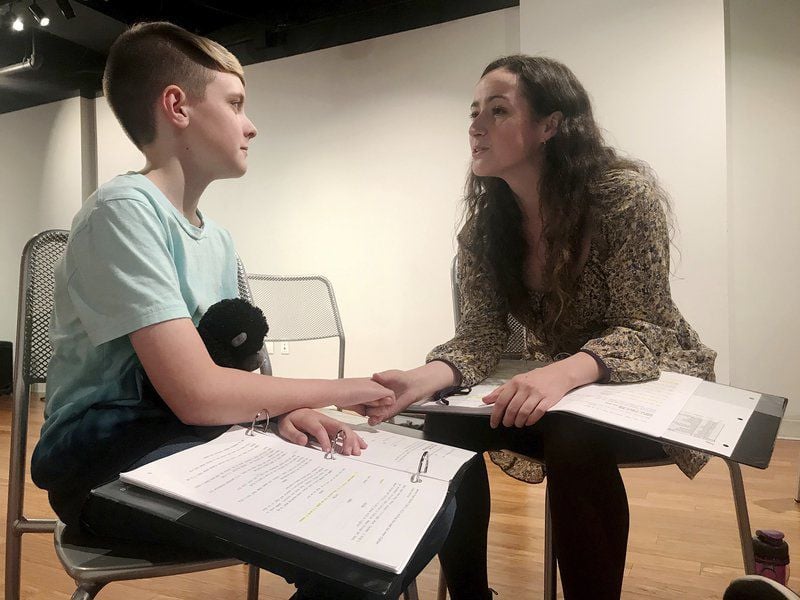 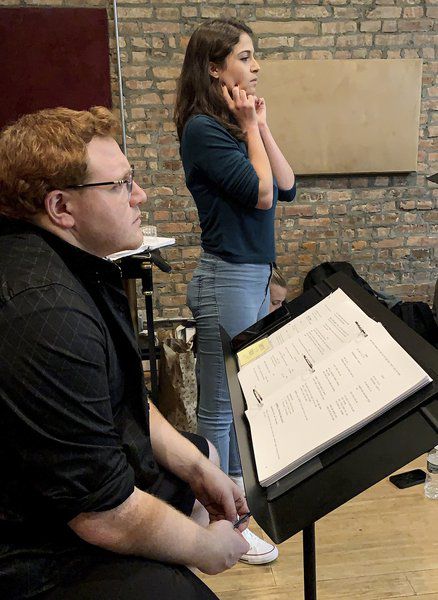 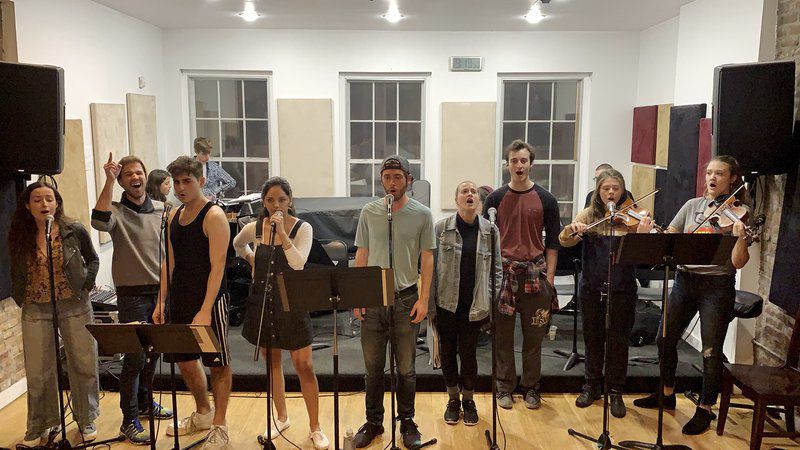 PICHER, Okla. — East Coast artists who visited the former town of Picher in the spring will see their dream of creating a musical on the once booming mining town come to fruition tonight, with the show debuting in New York City.

The idea of creating a musical about the rise and fall of the small Northeast Oklahoma town might have seemed far-fetched to most people, but New York theater artists Lauren Pelaia, Alex Knezevic and Quentin Madia saw “The Picher Project” through.

“I think a lot of people were skeptical and for good reason,” Pelaia said. “I’m sure there are many times that this story has been attempted to be told in a very demeaning way. In going to Picher and talking to everyone face to face and really just listening, not really asking, we really want to create the most genuine representation of what they went through.”

Tonight's performance at Feinstein’s/54 Below in the Big Apple is only the first adaptation of the musical, the group said in an interview Saturday with the Globe. The cast hopes to someday tour nationwide with the show, if picked up by a major theater company, and members said they’d love the opportunity to perform it at the Coleman Theatre in Miami in the future.

“It's onward and up from here," Madia said. "We would love to show it at the Coleman. It would be a dream come true."

The purpose of “The Picher Project” is to highlight the stories of the people who once made up the bustling town to make sure they’re not forgotten. It also aims to shed light on the environmental impact of the mining era. The musical opens up with a mining scene in which the sounds from the mines bring the town to life and the people who live in Picher are introduced to the audience. The production comes to a close by focusing on the residents in the present day who had to vacate the town.

Rebecca Jim, director of the nonprofit Local Environmental Action Demanded in Miami, met with the theater students in March to give them an inside look at the former lead and zinc mining town. Picher, which is named after the Picher Lead Co., generated billions of dollars in ore and supplied a majority of the lead and zinc metal used in World War I.

By about 1970, most of the mines had shut down, but left behind were more than a thousand shafts and mountainous piles of waste chat, a concoction for environmental trouble.

The abandoned mine shafts and boreholes flooded with orange acid mine water in 1979 because of the high concentrations of toxic heavy metals. Picher is part of the Tar Creek Superfund site, and the Environmental Protection Agency added it to the federal National Priorities List in 1983.

Jim took the artists on a toxic tour of Picher, described the environmental impact on the region and introduced them to former residents. Pelaia, Madia and Knezevic spent a week gathering hours of interviews and video footage, as well as capturing hundreds of photographs to help in their creation of the musical.

“We had all of this wealth of knowledge when we came back from Picher, but we also felt very grateful and very honored to have the experience to go and to do it the right way,” Madia said.

The artists said Jim is played by Pelaia as one of the lead characters in the production. Jim has been instrumental in raising awareness and fighting for the cleanup of the Tar Creek Superfund site since the 1980s.

“I’m sure a lot of people would’ve been less willing to talk to us, if it weren’t for Rebecca and her merit alone,” Pelaia said. “People just opened up their hearts to us.”

In 2008, an EF4 tornado tore through Picher, killing six people and destroying a majority of the town. The town was later deemed uninhabitable by federal and state governments, which offered a buyout to all residents the following year. The main concern was a determination of the potential for cave-ins in the area.

Most residents took the buyout, but some were reluctant to leave, including Orval "Hoppy" Ray, who grew up in Picher and worked in the mines with his family. Ray is also featured in the musical, played by cast member Jack Boyd. One of the artists’ goals was to keep the play as realistic as possible, basing the storyline on real events.

“We ended up befriending a lot of these people, who have offered to let us stay in their homes when we come back,” Pelaia said. “We were able to relay that information to our actors, who are all extremely incredible. They took that and understand that this is an important person and an important story that they're telling. They want to respect them just as much as we do.”

The musical holds 16 songs, which highlight the experiences people went through, including the buyout and people becoming sick from exposure to toxic heavy metals. A few of the song titles are “Infamous Woman,” “Creek Runs Red” and “I Won’t Lose You Here.”

“Lauren brings a really nice emotional, melodic feel to a lot of the songs, and what I’ve been doing is orchestrating and framing those melodies to different instruments,” Knezevic said. “Lauren has done a lot of string work, and I’ve used a lot of guitar, bass and drums. It’s been a lot of fun making these songs. It’s kind of crazy to see it all come to life in front of us.”

Before even visiting Picher, the team had been conducting research for over a year, and some of the cast members have had the opportunity to grow with the show. The trio has been creating songs, music and the script for the production over the last several months to help capture the emotions of the people who once lived in Picher. Madia is the curator and director of the musical, while Knezevic and Pelaia composed the music.

The three friends launched an online campaign earlier this year in which they raised over $10,000 from public donations to produce the musical and fund a weeklong residency in Maine to focus on musical arrangements and the script.

The show runs about 90 minutes, but the team anticipates an expansion or a new adaptation on the horizon.

“Right now, it’s about 16 people in this concert version that we’re doing, and it will probably stay around that, as well,” Madia said. “As we say in our show, ‘The work is never done.’ I think there’s more work that needs to be done to make the work that we’ve already been doing stronger and better. Eventually, I think we’ll add to it.”

The production of “The Picher Project” is slated for 9:30 p.m. today at Feinstein's/54 Below in New York City.

Videographers will be recording of the performance of "The Picher Project" and uploading footage to YouTube to give a preview of the show. The group's YouTube channel can be found under "Picher Project." More information can be found on the group's website, www.thepicherproject.com.