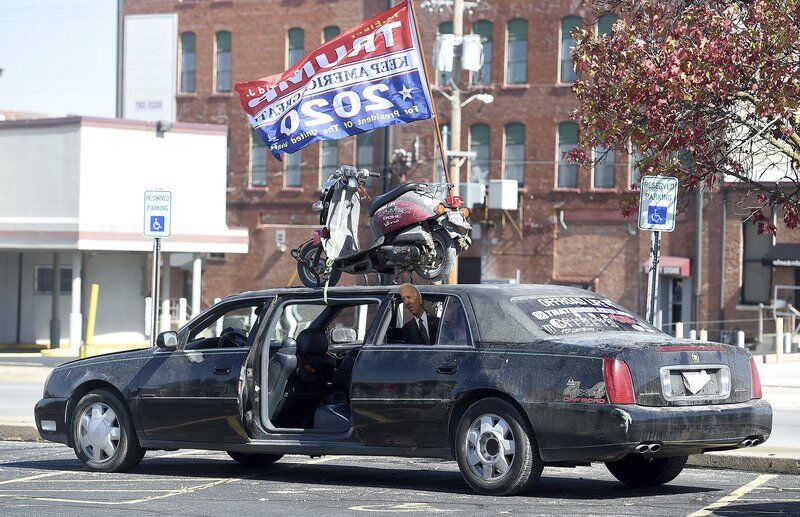 A stretch limo awaited the start of a car parade Saturday in support of President Donald J. Trump.Globe | Laurie Sisk 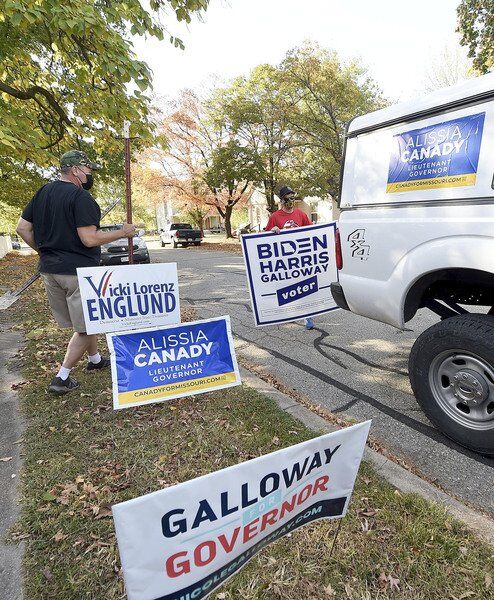 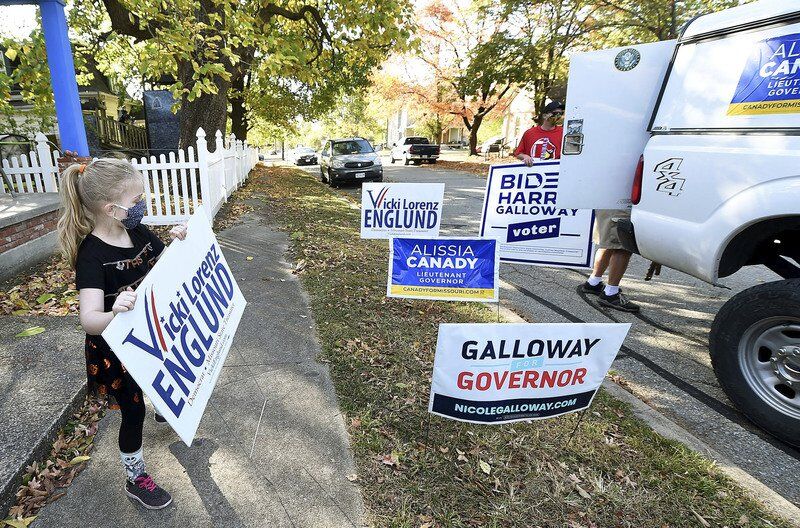 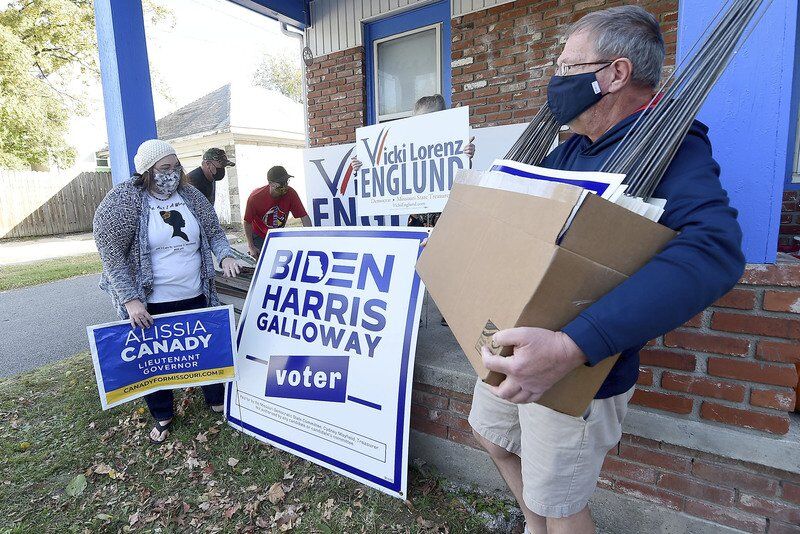 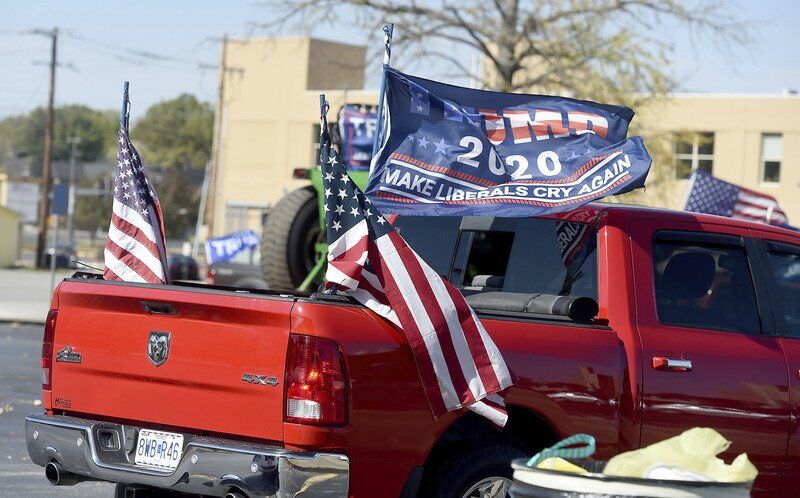 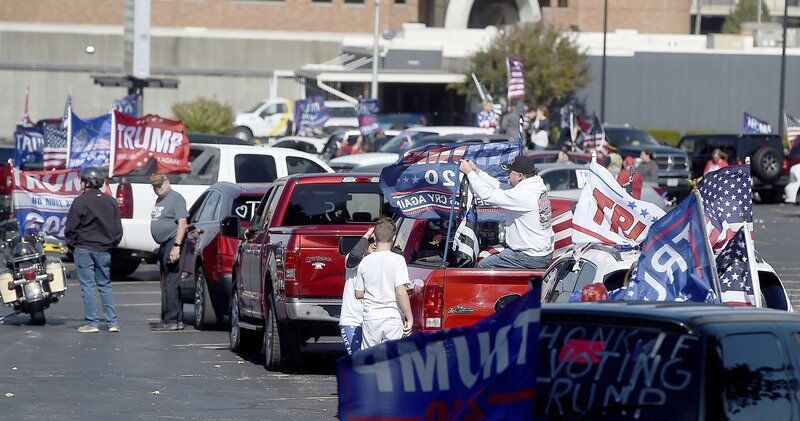 A stretch limo awaited the start of a car parade Saturday in support of President Donald J. Trump.Globe | Laurie Sisk

With just over two weeks to go before the Nov. 3 general election, area Republicans and Democrats gathered over the weekend to build support for their candidates.

Hundreds of Republicans rallied at Memorial Hall in Joplin on Saturday for what was billed as the MAGA President Trump Parade, which included more than 100 trucks and many cars waving Trump flags.

Local Democrats held their annual Eleanor Roosevelt Days on Friday night, one of their biggest fundraisers of the year, but the event had to be transformed to maintain social distancing and keep residents safe.

With flags flying and others sporting signs, the Trump parade launched from Memorial Hall and made its way through Joplin before ending at Republican headquarters.

“To be completely honest, it started out as something I saw other people doing, and I couldn’t imagine it being as big as it is,” said Dustin Riner of Pierce City, one of the organizers. “I just figured it would be maybe a few of us regular blue collar Americans, Trump flags or American flags in our pickups or on our motorcycles, whatever, maybe cruising Main. It’s definitely bigger than that. I’ve had two other organizers with me. They really helped me out with this. I couldn’t have done it without the other two.”

Cary Lee, of Carthage, said he was in Joplin to support Riner because Riner supported a similar parade Lee and others put together last weekend. Lee’s parade started in Avilla and ended in Sarcoxie after touching parts of Jasper, Newton, Barry and Lawrence counties.

“We had a great time, a lot of support for President Trump,” Lee said. “Myself and Janet Hornback put that one together, and Dustin and the other organizers of this one were there supporting us so we’re here supporting them.”

Many supporters and also a few critics of the president gathered at spots along the route.

Galen Miksell, of Jasper; Cecil Snider, of Joplin; and Keith Miksell, of Webb City, set up in a parking lot at 30th and Main streets to cheer on the parade.

“We support Donald Trump; we support Republicans,” Snider said. “We’re here mostly because we support Trump, we think he's done a lot the last four years and we respect him.”

Hunter Jordan, of Joplin, said she spent more than an hour yelling at the vehicles in the parade and demonstrating her disapproval of the president.

“Obviously this is a red Trump area, so I want to let people know that Donald Trump should not be president and it’s wrong,” Jordan said.

The event on Friday was hosted by former Joplin Mayor Melodee Colbert-Kean and featured presentations from Democrats running for office in Missouri.

The theme for the online event was “Be the First” in honor of it being hosted by the first African American mayor of Joplin.

“Normally, Eleanor Roosevelt Days is two days, and it’s the banquet at Missouri Southern on Saturday and then we always have some kind of mixer the night before,” Stark said. “This year, with COVID and because we had to go digital, it was going to be a one-night event, but then we found out this was the weekend that we were getting our Nicole Galloway Tour Bus stops in our area, then running into Monday. We added that on, and we’re adding a Biden car parade for (today).”

Stark said Galloway, who’s running for Missouri governor against incumbent Republican Mike Parson, will be at a farm in the Miller area today. The Galloway Bus Tour will then come to Joplin for an appearance at 4:15 p.m., Monday at the Teamsters Union Headquarters at 18th Street and Maiden Lane.

As for the fundraiser, Stark said despite the challenges, the group managed to raise about half of what it would have raised at the normal in-person event between sponsorships from businesses, unions and supporters contributing $15 to buy tickets for the virtual event.

Stark also said the campaigning is taking a toll on her: “I feel like this is the most important election of my lifetime and to not be able to do the in-person campaigning and the door-knocking, it has been physically painful.”