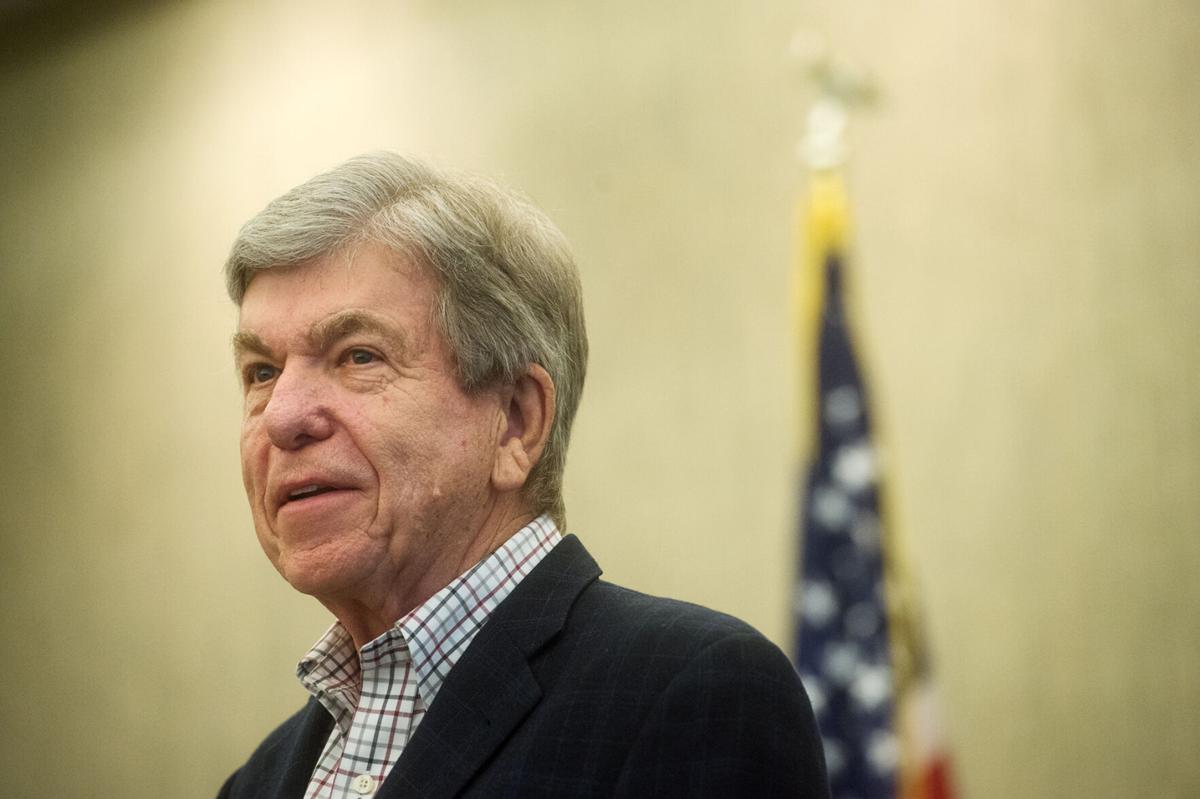 Missouri U.S. Sen. Roy Blunt speaks at a news conference Monday afternoon at the Springfield-Branson National Airport after announcing his decision to not run for a third term in the Senate. GLOBE | ROGER NOMER 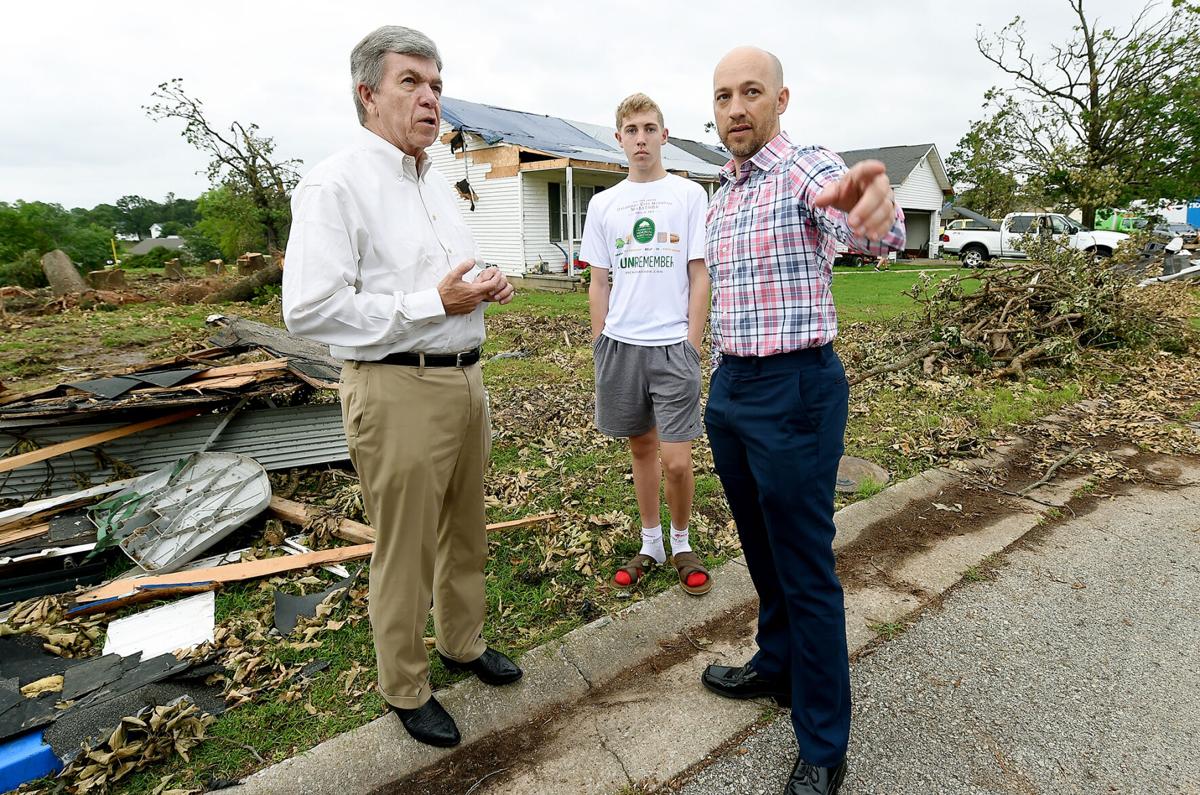 Missouri U.S. Sen. Roy Blunt speaks at a news conference Monday afternoon at the Springfield-Branson National Airport after announcing his decision to not run for a third term in the Senate. GLOBE | ROGER NOMER

On Saturday, Republicans at the party’s annual Jasper/Newton County Lincoln Day celebration were pushing each other to get out the support for incumbent U.S. Sen. Roy Blunt to help their party retake the Senate in 2022.

Early Monday morning, the political landscape changed when Blunt released a video announcing that he will not be running for a third term.

“It was a pretty big shock,” said Jasper County Collector Steve McIntosh, a 20-year aide to Blunt during his time in the U.S. House and Senate and a friend of Blunt since their days in junior and senior high school in Strafford.

“Even to those close to him, and I knew him as well as anybody, Roy always kept his political moves as far as elected office close to the vest,” McIntosh said. “No one knew until he was ready to announce it. He was very good at that, and wise.”

“I had no idea this was coming, although he had not announced he was running, which wasn’t highly unusual at this point,” said Nick Myers, the Newton County Republican Committee chairman and newly elected chairman of the Missouri state GOP. “Roy Blunt won a bunch of statewide elections. He’s always done his duty and always done his best for Missouri. It was a big shock in the political world.”

Blunt, 71, in a news conference held Monday afternoon at the Springfield-Branson National Airport, told reporters he had planned to announce he wasn’t running again at the Greene County Lincoln Day gathering on Saturday, the same day as the Jasper/Newton County Lincoln Day, but “that didn’t quite work out.”

Blunt said he wasn’t concerned about whether he would be reelected to a third term in the Senate, but he wasn’t sure if he wanted to put another six years into the job.

The announcement marks the end of what will be 26 years in the U.S. House and U.S. Senate, and a career of nearly 50 years in public service.

Blunt grew up in Strafford, on the eastern side of Greene County.

His first foray into political office was in 1973 when he was appointed Greene County clerk. He was elected to the office three times and served for 12 years.

He ran for lieutenant governor of Missouri in 1980, losing in the general election, then won election in 1984 to become the first Republican to hold the office of secretary of state in more than 50 years.

He was reelected to that office in 1988. In 1992, he ran for governor, running in the Republican primary. Carthage native and then-Attorney General William Webster won that contest.

Blunt then served as president of his alma mater, Southwest Baptist University in Bolivar, from 1993 to 1996.

Blunt defeated Joplin’s Gary Nodler in the primary and won the general election, going on to serve for 14 years before running for U.S. Senate in 2010, when incumbent Kit Bond decided not to run for reelection. He won that race and was reelected to the Senate in 2016 in a close race with Democrat Jason Kander.

While in the House, Blunt worked his way into leadership serving as deputy whip and House majority whip, and lost a close race for speaker of the House in 2006.

He also served in leadership positions in the U.S. Senate and was master of ceremonies for Joe Biden’s inauguration as president on Jan. 20.

Nodler, who ran against Blunt in the 1996 Republican primary for the U.S. House, said he’s known Blunt since the 1970s and that they’ve been friends even as they’ve been rivals.

“There’s no question that Roy’s performance in Washington has been exemplary,” Nodler said. “He is a substantial legislator. You look at Roy’s career, and it has not only been politically successful, but it’s been professionally successful. He has been a presence in Washington that certainly was a megaphone for the interests of Missouri, no question about it. and before that he was a megaphone for the interests of the 7th Congressional District.”

Stark’s role as executive director involves both constituent services and political work. She said Blunt’s office has a functioning constituent service office that responds to residents in a timely manner, more so than other Republican politicians she encounters.

Ron Richard, former Joplin mayor and former speaker of the Missouri House and president of the Missouri Senate, said he and Blunt helped get federal money for projects such as Interstate 49 and improvements to the Joplin Regional Airport.

“Frankly if he hadn’t been there helping us bridge some differences in D.C., we wouldn’t have ever gotten I-49, plus expansions on the airport,” Richard said. “Plus just to have a power broker in D.C. that was representing Southwest Missouri, so yeah, it’s going to be a big loss. I’m sure there are going to be a large number of people who want that job.”

Nanda Nunnelly, a Missouri representative on the Democratic National Committee and chair of the McDonald County Democratic Party, said she respected Blunt for his service to the country but disagreed with his policy positions.

“Roy Blunt has been seen as a moderate at different times,” she said. “We weren’t really impressed with his attachment to Donald Trump. But we also didn’t think Roy Blunt would be spreading lies. He was in charge of the inauguration, so we knew he wasn’t going to be spreading lies about this inauguration not happening. I think it gives Democrats a good chance of finding someone who could run, knowing we’re not running against an incumbent but in an open seat.”

U.S. Sen. Roy Blunt’s announcement Monday that he will not seek a third term sent a shock to Missouri’s political system that could set off a …