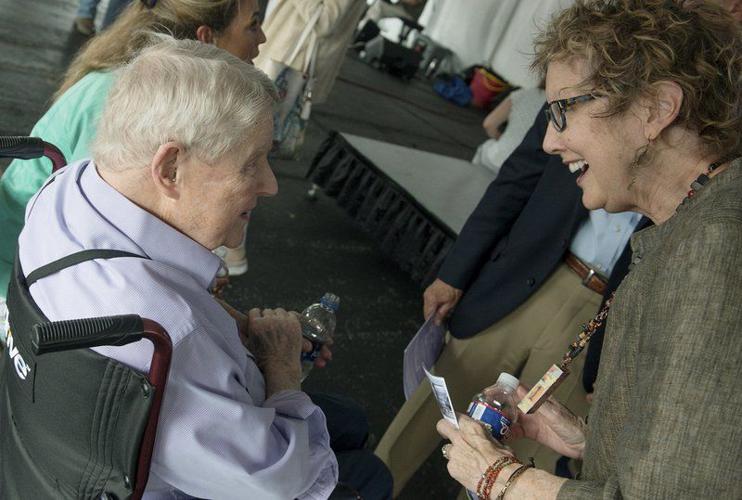 Harry Cornell and Jo Mueller smile during a launch party in 2019 at Joplin’s Memorial Hall for the Harry M. Cornell Arts & Entertainment Complex at Memorial Hall. Cornell gave the lead-off gift of $5 million for the project. Mueller was a former longtime director of the Spiva Center for the Arts, which will be a part of the new complex. GLOBE FILE 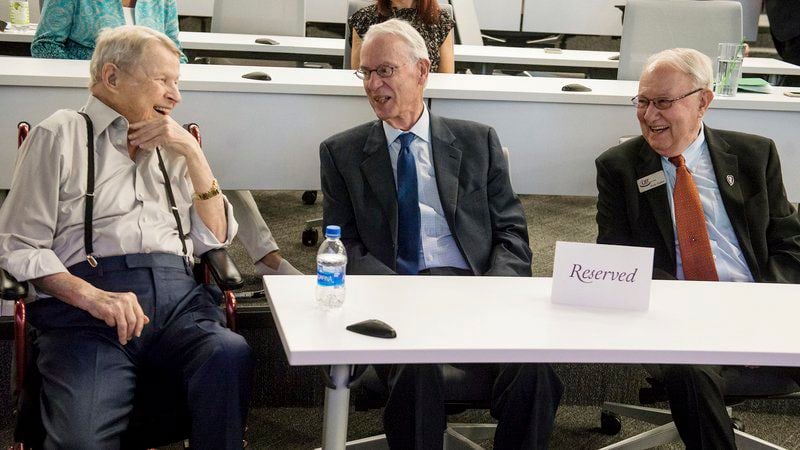 Harry Cornell (left), Larry McIntire and Rudy Farber chat in 2019 before the announcement of the plans for the College of Dental Medicine at the Joplin campus of the Kansas City University of Medicine and Biosciences. The new building is to be named for Cornell. GLOBE FILE 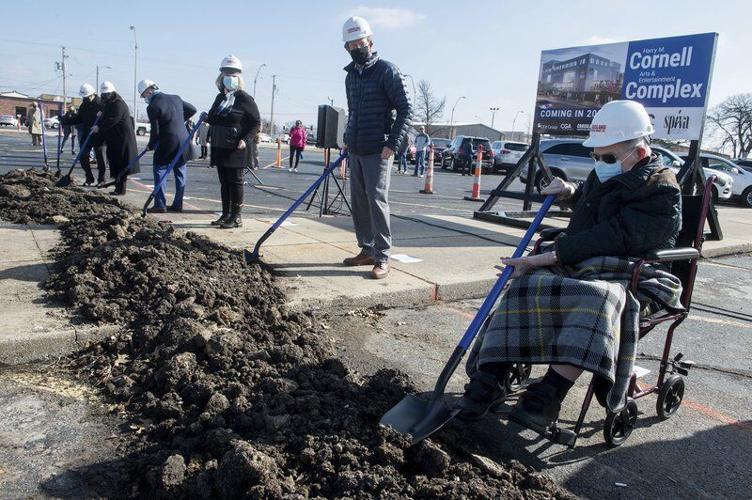 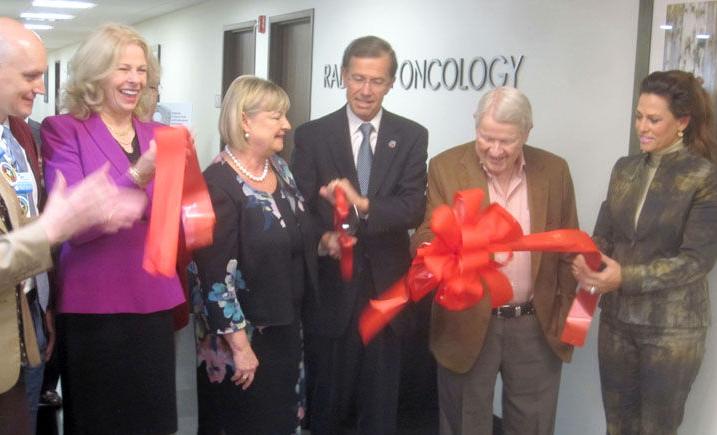 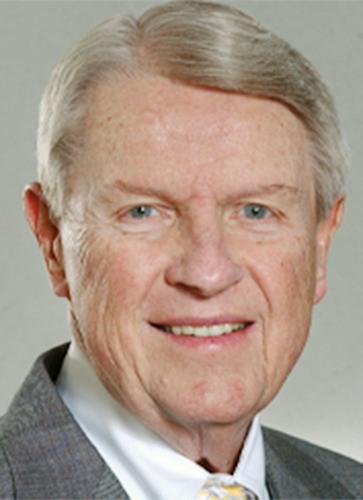 Harry Cornell and Jo Mueller smile during a launch party in 2019 at Joplin’s Memorial Hall for the Harry M. Cornell Arts & Entertainment Complex at Memorial Hall. Cornell gave the lead-off gift of $5 million for the project. Mueller was a former longtime director of the Spiva Center for the Arts, which will be a part of the new complex. GLOBE FILE

Harry Cornell (left), Larry McIntire and Rudy Farber chat in 2019 before the announcement of the plans for the College of Dental Medicine at the Joplin campus of the Kansas City University of Medicine and Biosciences. The new building is to be named for Cornell. GLOBE FILE

Long before his name was placed on buildings, Harry M. Cornell Jr. was known for being generous — he was a really good tipper.

"When we would go out to eat, we would alternate picking up the tab," said Henry Robertson, a lifelong friend of Cornell's. "When it was his turn, he was always very generous to the waitstaff."

A business leader and philanthropist, Cornell died Sunday at 93. He was remembered by friends, colleagues, family and co-workers as a man who had a visionary drive and a generous heart.

Karl Glassman can confirm Cornell's top tips. He worked for Cornell for more than 40 years at Leggett & Platt Inc., the manufacturing company that Cornell transformed into a giant, and watched him show appreciation for the servers.

But he was just as generous to his employees, Glassman said. He remembered a time in the '80s, before cellphones, where the company's stock had taken a severe dip. While at another location, an employee approached Glassman with concerns about the stock — the single mother was hoping to use it to pay for college for her child.

"Harry paid for that kid's education, I later found out," Glassman said. "That is Harry Cornell. He was so struck that that woman bet on him, so he reached out to her."

A grandson of company founder J.P. Leggett, Cornell began working for Leggett & Platt as a high schooler, unloading rail cars. Robertson said Cornell also raised pigeons and sold squabs. After graduating from the University of Missouri, he joined the company in 1950 as a traveling salesman and in about 10 years worked his way to president and CEO.

Robertson said as he and his friend went through college and joined the same fraternity, Cornell demonstrated his prowess for hard work with a warm personality.

"He was always very focused on whatever his objectives were, but he was always a gentleman," Robertson said. "He had a great attribute of when he was talking to you, you had his complete attention ... not for the purpose of debating, but for listening and understanding."

Under Cornell's leadership, the company transformed from a simple spring manufacturer to a Fortune 500 manufacturer of a variety of items with more than 20,000 employees around the world — a $4 billion company with 130 plants in 18 countries, according to an obituary from his family. The company was ranked in the top 6% of 500 major corporations by Fortune in 1998 and was included in the S&P 500 in 1999.

Glassman, a former president and CEO for the company who is now the chairman of the company's board, does not mince words when describing Cornell's role growing the company.

"If it wasn't for him, I believe Leggett & Platt would not exist today. ... Without Harry and his vision, Leggett would have been acquired and wouldn't exist today," Glassman said. "He'd correct me and say he didn't grow the company by himself, that there were a lot of people involved. But without his leadership, none of this would have happened."

The success of the company has fueled a multimillion-dollar wave of generosity and philanthropy, with major donations to the University of Missouri, Freeman Health System, Kansas City University-Joplin and Connect2Culture.

Cornell in 2015 made a $6 million donation to the University of Missouri to permanently fund a leadership program in the university's college of business. At the time, the gift pushed his total amount for the university to $13 million.

Also in 2015, the Cornell and Beshore families gave $3 million to Freeman for advanced cancer treatment equipment. That money was used for a TrueBeam linear accelerator, which gave oncologists at Freeman's Cornell-Beshore Cancer Institute a more effective, directed approach to fighting cancer. The system can effectively sculpt a beam of radiation to the shape of a tumor.

"(His) provision ... has, and will continue for many generations, to enable untold numbers of patients to receive exceptional care in their fight against cancer," wrote CEO Paula Baker in a statement. "He has left a lovely legacy in his wake that will especially benefit this part of the country well into the future."

"He realized from the start that a medical school would not only help address medical needs in the community but also be a shot in the arm for Joplin's economy," said Marc Hahn, president and CEO of KCU. "He saw the vision and the impact."

In 2017, Cornell made the lead gift in a fundraising campaign to build a performing arts center. His $5 million lead gift helped kick off the successful fundraiser — the Harry M. Cornell Arts & Entertainment Complex is currently under construction, and will be a home for Connect2Culture and Spiva Center for the Arts.

An appreciation for the arts led him to make that donation, said Sharon Beshore, one of two daughters. Beshore is also the president of the complex and a founding member of Connect2Culture. She called her father's appreciation an "art spirit," and even though he wasn't technically an artist, he pursued his business enterprises with an artist's passion and innovation.

"He felt like creativity was so important," Beshore said. "He would get to know artists selling their work and loved to encourage them and help them be the best they could be in what they wanted to pursue."

He leaves behind an influential legacy defined by finding connections with people and helping them succeed, Robertson said.

"I feel a great sense of pride having known him, with what he accomplished, and how generous he was in sharing the results of that success," Robertson said. "With all his great wealth, he was always very kind and down-to-earth, interested in people."