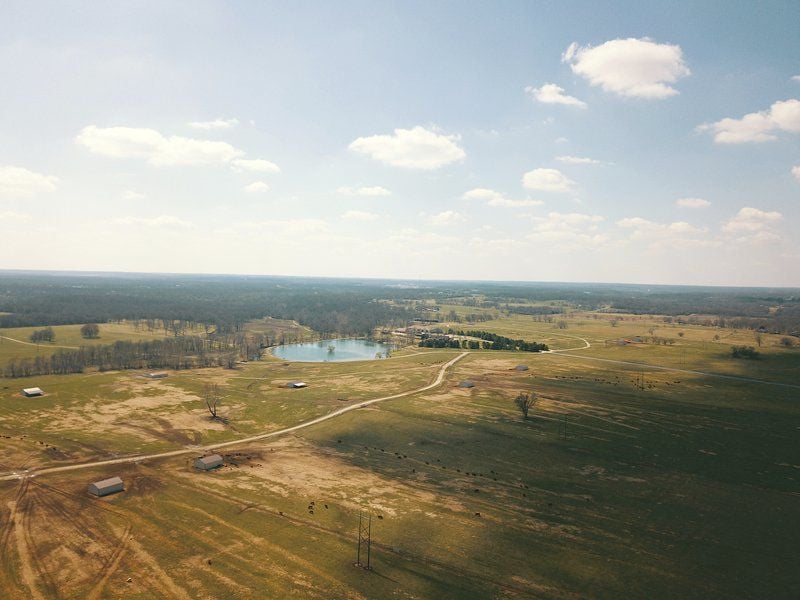 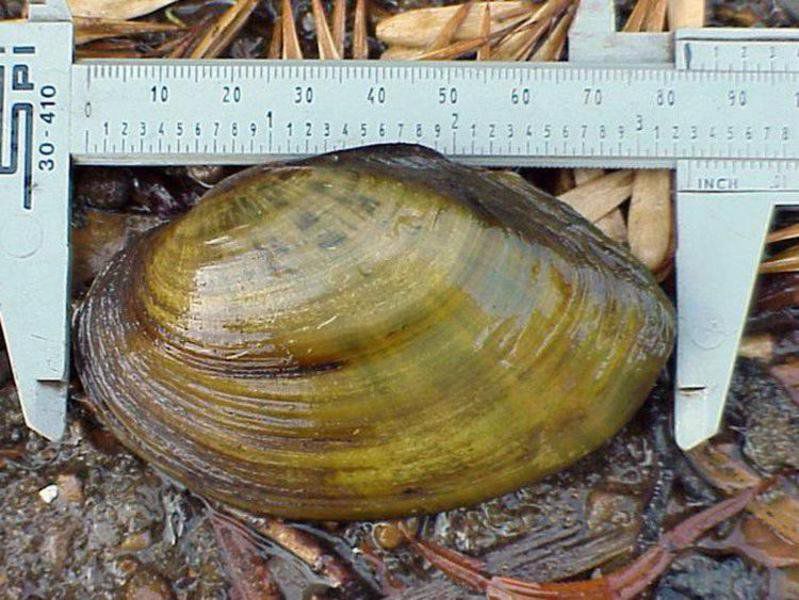 The Neosho Mucket is a federally-endangered species of mussel found in Shoal Creek that may have one population left reproducing at a sustainable rate, which is located just north of Joplin in Spring River. Kansas Department of Wildlife and Parks 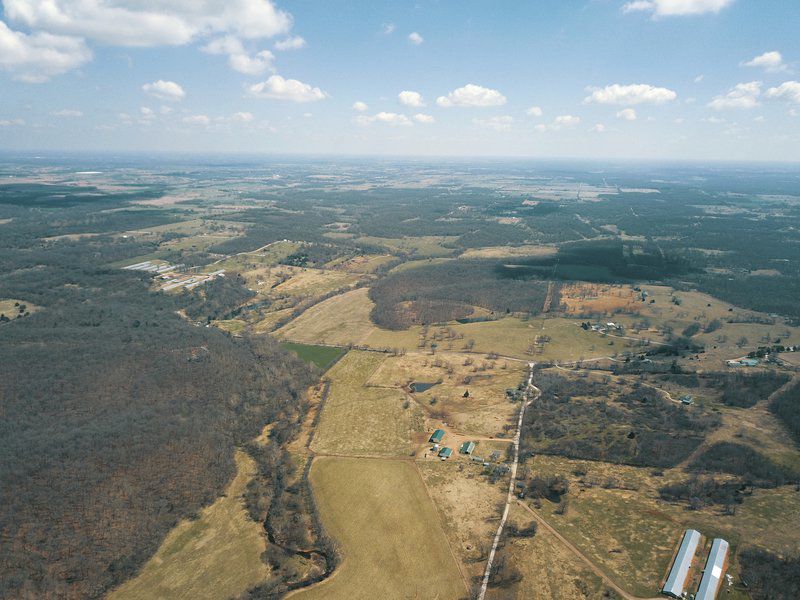 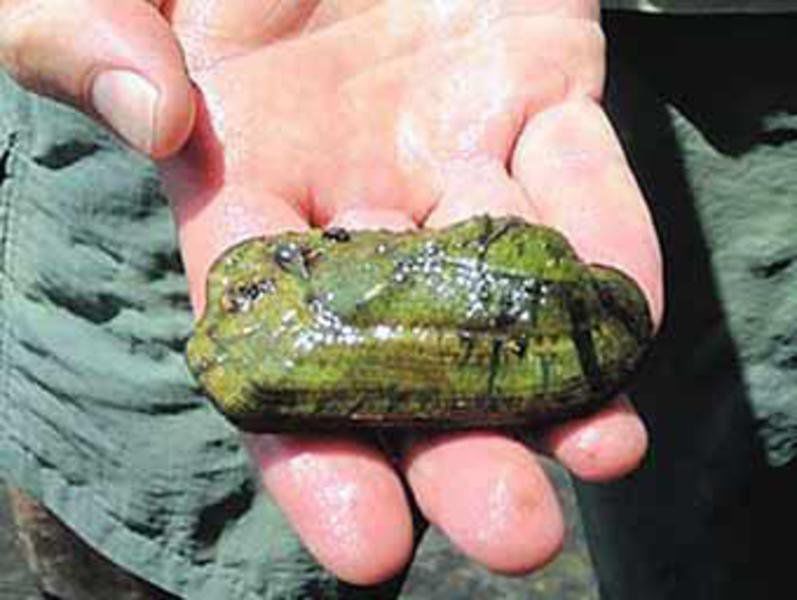 The Neosho Mucket is a federally-endangered species of mussel found in Shoal Creek that may have one population left reproducing at a sustainable rate, which is located just north of Joplin in Spring River. Kansas Department of Wildlife and Parks

If Missouri American Water is successful in its effort to build a reservoir in northern Newton County, the approximately 50 landowners in the lake’s footprint may not be the only ones whose way of life and homes are affected.

Regulators also want to know what the reservoir could mean for Shoal Creek, including its potential effects on as many as seven species listed as endangered or threatened by the U.S. Fish and Wildlife Service.

Their presence probably won’t stop the project, however, officials say.

Two freshwater mussels, three species of bats, as well as the blind Ozark cavefish and the blind cave crayfish are some species of concern.

Plans call for the utility to build a reservoir of up to 1,500 acres off site from Shoal Creek to help address a projected shortfall in the area’s long-term water supply. The utility plans to fill the roughly 12-billion-gallon reservoir with water from Shoal Creek when it has excess flow and then to release that water back into the creek when needed. Shoal Creek supplies Joplin with water.

Before it can begin construction, Missouri American will need a permit from the U.S. Army Corps of Engineers, which will conduct an overall environmental impact study.

Rocky Pressly, environmental engineer for the Corps’ Little Rock district, described the examination that will be done as a “public interest review,” in which the benefits of the proposal will be weighed against potential environmental harms. The review, he said, will also take into account “cultural resources,” such as any properties or buildings with historic value that would be affected and, if necessary, will include requirements to mitigate negative effects.

“The ultimate goal is to find the least damaging alternative that will have the least environmental impact but also be practical considering the project need and the logistics or technology of the project,” Pressly said. “We’re looking at what are the project benefits and what’s the need, and we weigh that against what’s the potential adverse impact to the environment.”

The permitting process will include a public comment period, Pressly said, during which time anyone — not just residents directly affected by the proposed reservoir — can offer comments or feedback.

But Lori Driver, a public information officer for the Corps’ Little Rock district, said “it’s not a popularity contest.”

“It’s not someone saying, ‘I don’t want this project,’” she said. “They need to give us good reasoning and how it’s impacting the area.”

During the course of its examination, the Corps also will work with other regulators and agencies, including the U.S. Fish and Wildlife Service and the Missouri Departments of Conservation and Natural Resources, but the decision will ultimately be made by the Corps.

This report has been updated to make more clear which of the mussels mentioned exist in which of the bodies of water mentioned. The Rabbitsfoot mussel is not known to have a presence in Shoal Creek.

At that time, the Neosho mucket’s historic range had already declined by two-thirds, with only 9 of 16 historical populations remaining. And while it was still found in Shoal Creek, from Ritchey to Empire Lake in Kansas, as well as parts of Arkansas, Oklahoma and Kansas, only a single population in Spring River north of Carl Junction was reproducing at a level that would sustain the species.

According to the U.S. Fish and Wildlife Service and The Nature Conservancy, 70 percent of North America’s freshwater mussels are either already extinct or threatened with extinction, with USFWS noting, “no other group of animals in the Midwest is so gravely imperiled.”

Barnhart said the back-and-forth movement of water could potentially impact those mussels as well as other species, and differing temperatures and nutrient loads between the reservoir and Shoal Creek, which is fed by many springs, could be a concern.

Most animals and other life in the Ozarks, he said, have adapted to water temperatures that are influenced by groundwater rather than surface water. Potential changes in water temperature or the introduction of water of a different temperature into Shoal Creek could have unknown effects on the mussels and other organisms in the creek, he said.

In addition to being protected by federal law, mussels are important because of the role they play in ecosystems, Barnhart said.

“They remove bacteria from the water, so they’re natural water filters. And that’s considered to be an ecosystem service because people that recreate in the water would prefer that the bacteria in the water be low and mussels are very effective at removing bacteria from the water,” he said. “They also remove algae, and that leaves the water clearer than it was before. There are other animals besides mussels that do this, but mussels are certainly one of them. They are food for other animals, so they’re a link in the food chain. They’re food for fur-bearing mammals, in particular, for some species of turtles and fish.”

One study of a California river found that native mussels there removed up to 90 percent of the E. coli in the water. Many streams in Southwest Missouri, including Shoal Creek, often run high in E. Coli, which is a bacteria found in the intestines of warm-blooded animals. Its presence is an indicator of fecal contamination in water, whether from broken down septic systems, agricultural runoff or wildlife. At high levels, that bacteria can cause illnesses ranging from meningitis to urinary tract infections.

Barnhart also said that mussels’ shells do not degrade in the way that the bodies of fish do, meaning they can provide forensic evidence of instances of pollution and other changes in bodies of waters.

It is also possible, Barnhart said, that the reservoir could contribute to increased levels of nitrogen, phosphorous and potassium in Shoal Creek.

“So if you add these nutrients to the water, you’re encouraging the growth of algae,” he said. “And algae produce oxygen when they’re lit up during the daytime by photosynthesis, but at night, they consume oxygen. And if algae are very abundant, they can reduce the level of dissolved oxygen at night to levels that become a problem for the animals in the stream. And this is called eutrophication. When a stream or a lake or a pond has too much algae, then it becomes hypoxic at night, and that’s a problem because it leads to fish kills and it just makes life difficult for the organisms.”

Barnhart noted the projected population growth the reservoir is planned to accommodate could itself also have impacts on Shoal Creek. An increased population will mean more sewage being produced in the area, which could have “indirect effects” on the creek.

“Knowledge is valuable,” he said. “I think it’s important that these studies get done, but I hope that that’s the first thing they’re spending money on is: ‘What will the impacts of this project be?’”

Other federally endangered or threatened species that could live within the reservoir’s potential footprint are the northern long-eared, Indiana and gray bats. Some bat species have experienced population collapses because of a fungus called white-nose syndrome, habitat loss and other threats.

Also of concern are Ozark cavefish and cave crayfish, which often live in cave streams and cave springs, and which have been affected by water pollution and habitat destruction, as well as declining bat populations as bat guano is a food source.

Another concern for the U.S. Fish and Wildlife Service is the region’s mining history, said Karen Herrington, field supervisor for the agency’s Missouri Ecological Services office.

Shoal Creek and its tributary Baynham Branch have both historically been exposed to contaminants as a result of mining, she said.

That issue will likely be part of the federal agency’s comments and recommendations to the Corps of Engineers, Herrington said.

As for anyone hoping that the presence of the endangered and threatened species in the area will keep the project from going forward, Herrington said that’s unlikely.

Ways to accomplish that could be anything from recommending different sites for the project, establishing new or other habitats for the species that would be affected or restricting ways the project is operated to ensure it is not harmful, Herrington said. She stressed that the organization is not fighting or criticizing the proposal.

“We understand the need for drinking water for the people in the areas and that our job here is to look at particularly the impacts on threatened and endangered species but we certainly understand that people need water as well,” she said.

Christie Barnhart, external affairs manager for Missouri American Water, said in a statement emailed to the Globe for this report that while the utility has filed some documentation with regulators, it has not yet formally filed a permit application with the U.S. Army Corps of Engineers for its reservoir project.

“Missouri American Water recently notified property owners of the decision to hire a local firm, Olsson Inc., to provide property agent services for upcoming property acquisition work,” Barnhart said. “Olsson is familiar with the project and the area and has a local office. This is a very critical and sensitive part of the project, and we remain committed to communicating frequently and honestly with the affected property owners.

Christie Barnhart is of no relation to Chris Barnhart, the Missouri State University professor quoted in this report.