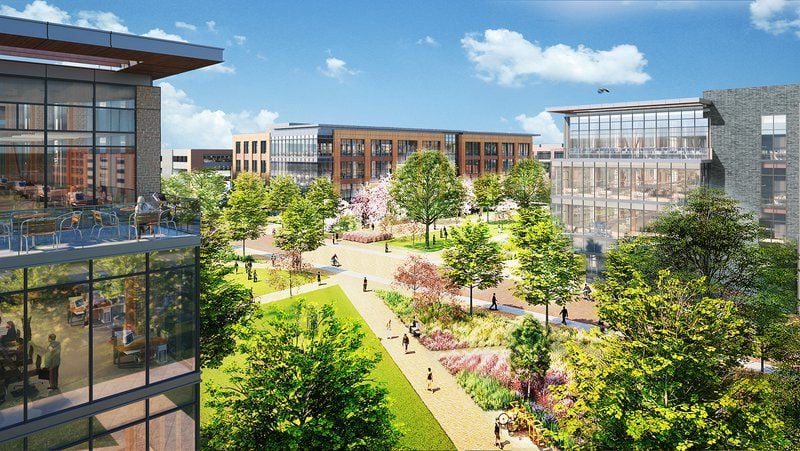 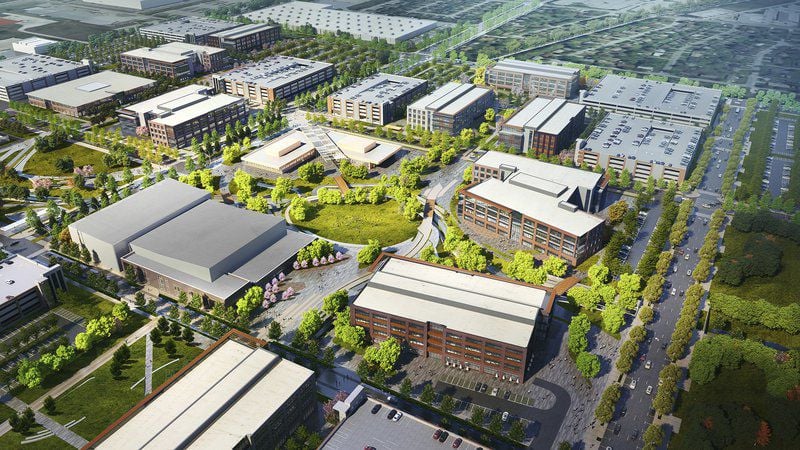 BENTONVILLE, Ark. — Bentonville Mayor Stephanie Orman says that what is about to happen to her town is the equivalent of dropping a campus the size of the University of Arkansas into the middle of this city of 50,000 people.

Walmart has begun work on a new home office complex, and the plan is for more than 20 new buildings on 350 acres of land on the east side of J Street between Central Avenue and 14th Street (Highway 102). The project also will include 15 acres of lakes, coffee bars, a fitness and child care center, and other amenities.

Walmart said many of the buildings will be designed and constructed in the next two years, with a goal of opening the campus in phases between 2020 and 2024.

Orman likened the impact of the project to what Amazon’s second headquarters will do for Arlington, Virginia.

The Dallas Morning News noted that what Walmart is building “dwarfs even Toyota’s sprawling campus. ... To put it in perspective with large North Texas projects, the planned headquarters is more than three times the size of Toyota North America’s new Plano headquarters in Legacy West, and it’s five times the size of the new Charles Schwab campus in Westlake.”

CNBC likened it to McDonald’s opening its $250 million headquarters in Chicago’s West Loop last year and noted that McDonald’s CEO Steve Easterbrook sits on Walmart’s board.

Walmart has not released a cost estimate, however, saying the project will encompass multiple budget years, but the retailer said it could be considered the “largest capital improvement project” in the history of Arkansas.

The land had been occupied by warehouse spaces and older office buildings.

It has been estimated that 15,000 people will work at the new headquarters complex; the company has more than 2.2 million workers worldwide.

“We want to make Bentonville the best city it can be, bringing in the best and brightest talent from across the world,” Orman said.

Like Orman, Graham Cobb president/CEO of the Greater Bentonville Area Chamber of Commerce, thinks the expansion of the home office means great things for the city.

“I believe this is the largest economic development news for not only Northwest Arkansas but probably the best economic news for Arkansas, Missouri and Oklahoma,” Cobb said.

“We’re talking about hundreds of millions, getting close to (a billion) in the cost of building, with 15,000 people employed in one spot,” he said.

The plan is to create a centralized home office, said Anne Hatfield, Walmart spokesperson, rather than being spread throughout Bentonville in a “patchwork of buildings.”

“We started out as a small general store, and as the company grew, we needed to find space,” Hatfield said. “We ended up with people all over town.”

When done, it will help Walmart evolve as a company, especially as the business transforms into a digital company, she said.

“It will be easier and more effective if we are all working together on the same campus,” Hatfield added.

She also noted that it will allow the retailer — which did more than half a trillion in revenue last year ($514.4 billion) — to move some departments out of buildings that have “gone past their useful life.”

The campus also will provide a restaurant, a health care clinic, a hotel and charging stations for electric vehicles.

“We are evolving to provide amenities to our associates today and to become a destination for the next generation of associates,” Hatfield said. “We want to attract world-class talent to come to Bentonville and work at the new home office. We want them to be part of the team and to move the company forward.”

The project also contains “big goals” to benefit the environment, Hatfield said, citing everything from solar panels placed on parking decks to storm water collection for landscaping efforts. The buildings also will have energy-efficient lighting and integrate existing bike and walking trails, creating a new green space within downtown Bentonville.

“This is designed to welcome the community and to be part of the community,” Hatfield said. “From a design standpoint, this will be a seamless, open campus.”

The first building slated for construction will include the company’s layout center, which associates use to develop new store layouts as well as how merchandise is displayed. That phase also will contain the new Walton Life Fitness Center.

“It will generate a lot of jobs and opportunities, not only in the design and construction phase but with all the businesses supporting the campus,” she added.

Orman said she and others from the city continue to visit with Walmart officials about the future of the buildings around Bentonville that will no longer host Walmart office space.

She said everyone is willing to work together to prevent “blighted buildings” and that the empty spaces will be used to bring new businesses and opportunities to the growing city.