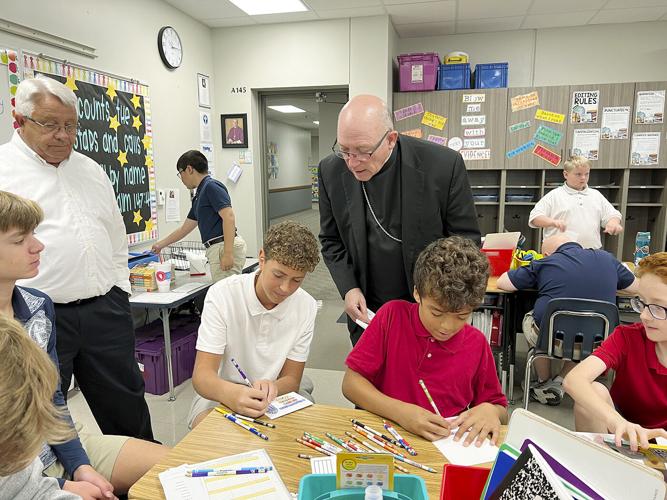 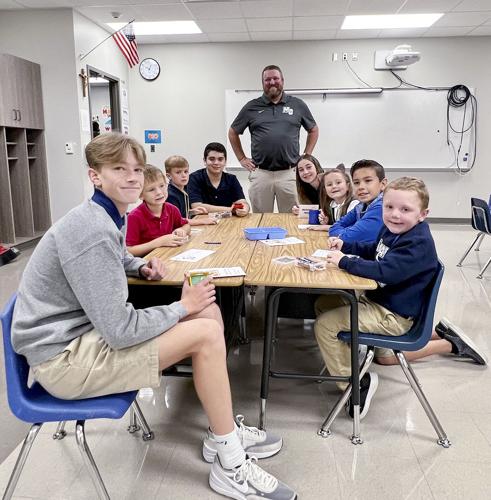 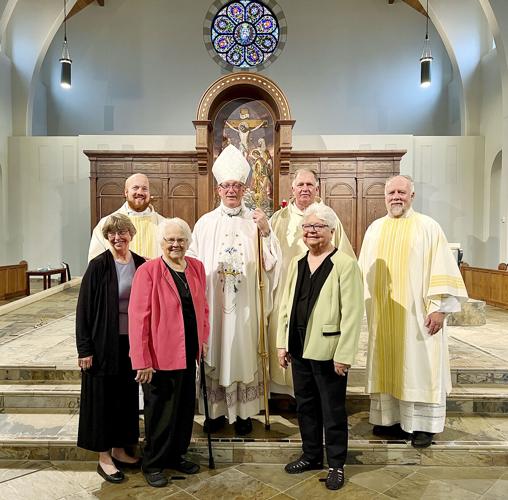 From Community Blood Center of the Ozarks

Fans of the Kansas City Chiefs can score a branded wearable while saving lives in their community. By giving blood in October or November at any Community Blood Center of the Ozarks donor center or mobile blood drive, donors will receive a free Kansas City Chiefs T-shirt. Donors can also enter for a chance to win a game package of two free tickets and a parking pass to the Chiefs January 1, 2023, game against the Denver Broncos. The game package is valued at $700.

As the sole supplier of blood to over 40 hospitals in 40 counties in the Ozarks, Community Blood of the Ozarks needs about 200 donations every day to meet local patient needs. Since each blood donation can save up to three lives, one donor can impact the lives of multiple patients. Donors are encouraged to go online or call if they have questions about their eligibility.

“We know there are so many people out there who’ve either never donated or haven’t donated in a long time and we’re asking them to join lifesaving team by donating blood,” said Michelle Teter, Media Relations Representative at Community Blood Center of the Ozarks. “Most people are shocked at how easy it is to give blood when they finally give it a try. It only takes about an hour to give but that time can mean a lifetime for someone else. So come in, donate blood, save a life, and fall in love with your new KC Chiefs T-Shirt.”

Donors can give at one of four CBCO donor centers located in Springfield, Mo., Joplin, Mo., Springdale, Ark., or Bentonville, Ark. There are also opportunities to give at mobile blood drives across the Ozarks.

The O Negative blood supply locally is currently low. The Community Blood Center of the Ozarks is urging eligible donors with O negative blood to give as soon as possible.

To help avoid wait times, appointments are strongly encouraged. Donors can schedule an appointment at https://www.cbco.org/donate-blood or by calling 417-227-5006. On behalf of local hospital patients, Community Blood Center of the Ozarks thanks blood donors from across the region for giving life to your community.

From the Carthage Chamber of Commerce

The Carthage Chamber of Commerce is pleased to announce a partnership with Mercy Hospital Carthage as the 56th Annual Maple Leaf Festival Presenting Title Sponsor. “We are very pleased to have formed a partnership with Mercy Hospital Carthage for this year’s festival,” said Julie Reams, President of the Carthage Chamber of Commerce. “By having a partnership like this we not only have the opportunity to expand our festival this year, but this will allow us the opportunity to continue to grow the festival with new exciting events for the community at the 2023 festival,” added Reams.

“We’re thrilled to be a part of an event that’s so important to our entire community,” said Scott Watson, Administrator of Mercy Hospital Carthage. “Mercy and Maple Leaf are two prominent symbols of the Carthage community, so it’s a perfect fit. We appreciate the opportunity and are proud to be the first ever title sponsor of the Maple Leaf Festival.”

For a complete list of all of this years events throughout the month of October, the program is available online at www. carthagechamber.com or by scanning the QR code to go directly to the flipbook feature. Printed copies will be available next week at the Chamber offices and around at Carthage businesses.

From the Missouri Department of Higher Education & Workforce Development

Earlier this year the Missouri Department of Higher Education & Workforce Development (MDHEWD) announced it was exiting the Federal Family Education Loan (FFEL) program after 43 years as the state designated guaranty agency. The United States Department of Education (USDE) has designated Education Credit Management Corporation (ECMC), a non-profit guarantor for FFEL loans, as MDHEWD’s successor guarantor. The transfer of MDHEWD’s portfolio to ECMC will be effective Oct. 1, 2022.

The department has served as a student loan guaranty agency through the Federal Family Education Loan Program since 1979. Although the federal Health Care and Education Reconciliation Act eliminated the ability of the state to guarantee new student loans in 2010, the department continued to service the loans it guaranteed prior to that date. The decision to exit the FFEL program was made due to the ongoing pause on federal student loan payments and collections that began in 2020 in response to the COVID-19 pandemic.

More information about ECMC and the services it provides can be found at www.ecmc.org. Borrowers can also view the details of their student loans by logging into https://studentaid.gov.

From the Kansas Judicial Branch

Gregory’s new position will be effective on his swearing-in. He currently is an attorney at Wilbert and Towner P.A., and a municipal judge for Frontenac City Court.

The 11th Judicial District is composed of Cherokee, Crawford, and Labette counties.

The position was among several certified by Supreme Court Administrative Order 2022-JA-020 after the Kansas Legislature passed and the governor signed 2022 House Substitute for Substitute for Senate Bill No. 267 to fund them.

To be considered for district magistrate judge, a nominee must be:

• a resident of Crawford County at the time of taking office and while holding office;

• a graduate of a high school, a secondary school, or the equivalent; and

• either a lawyer admitted to practice in Kansas or able to pass an examination to become certified within 18 months.

The nominating commission selects whom to appoint to fill magistrate judge positions.

After serving one year in office, the new magistrate judge must stand for a retention vote in the next general election to remain in the position. If retained, the incumbent will serve a four-year term.

From the Kansas Judicial Branch

TOPEKA — Longtime attorney and municipal judge Rick Tucker has had his share of days in court, but he will take on a new role when the Supreme Court comes to Parsons.

Tucker was selected to be honorary bailiff at the Supreme Court’s special session, which starts at 6:30 p.m. Monday, October 3, at Parsons High School.

“I am excited to be able to ‘suit up’ and serve as bailiff for the Supreme Court in the presence of my community,” Tucker said.

“Rick represents everything good, noble, and just about the legal profession,” Fleming said. “He makes all of us here in southeast Kansas very proud.”

When there is a judge vacancy in a merit-selection district, the nominating commission accepts nominations, interviews nominees, and recommends three to five people to the governor for consideration to fill the vacancy. The governor decides whom to appoint. If it’s a magistrate judge vacancy, the commission follows the same process and decides on its own who is appointed.

“His knowledge and wisdom were put to use as a member of the nominating commission for many years,” Fleming said. “Many of us currently sitting on the bench are here because Rick saw our potential to be good jurists.”

As honorary bailiff, Tucker will call to order the audience assembled at Parsons High School, and then the Supreme Court will hear oral arguments in two cases.

“I hope those watching will gain a better understanding of the structure of our judicial system, how it functions, and the appellate process,” said Tucker.

From the American Red Cross of Missouri and Arkansas

From Hurricane Fiona to Typhoon Merbok, and wildfires across the West Coast, American Red Cross volunteers from across the Missouri and Arkansas Region continue to answer the call. Dedicated American Red Cross workers have been providing critical aid to wildfire evacuees and are now assisting those in Puerto Rico and Alaska.

The American Red Cross of Missouri and Arkansas has stepped up to deploy volunteers to assist as wildfires continue to ravish multiple areas. As of Wednesday morning, 20 volunteers from across the region have raised their hands to respond, with 11 volunteers on the ground in impacted areas, while nine are headed to Puerto Rico.

“As disasters wreak havoc from coast to coast and beyond, volunteers from the Missouri and Arkansas Region continue to step up to help,” said Chris Harmon, Regional Disaster Officer for American Red Cross of Missouri-Arkansas. “Disasters come in all shapes and sizes, and we need more volunteers to not only help respond to large-scale disasters like this, but also to help at home to respond to local disasters that happen every day, such as home fires.”

Hurricane Fiona hit Puerto Rico with 75 mph winds and heavy rain, knocking out power to the entire island. Some areas could see as much as 30 inches of rain before the storm moves away from Puerto Rico. Flooding, mudslides and debris are making it difficult to restore power and assess the damage. Hundreds have been evacuated and people are being urged to move to higher ground now. Rescuers have conducted multiple swift water rescues. Hurricane Fiona comes just on the heels of the 5th Anniversary of Hurricane Maria, which devastated much of Puerto Rico and left mass destruction across the island.

The American Red Cross is responding in western Alaska where Typhoon Merbok struck over the weekend, causing flooding powerful enough to uproot buildings and forcing residents to seek shelter. Towns and villages along the coast are facing flooded homes, power outages and damage to the infrastructure. With winter’s freezing temperatures expected in the coming weeks, flooded homes and airport runways are a major concern. Air travel and delivery of goods and supplies by barge will halt soon because of the incoming cold weather. In some remote areas, these are the main methods of getting supplies.

You can help people affected by disasters like storms and countless other crises by making a gift to Red Cross Disaster Relief. Your gift is a commitment to helping people in need, and every single donation matters. Your gift enables the Red Cross to prepare for, respond to and help people recover from disasters big and small. Visit redcross.org, call 800-RED-CROSS, or text the word REDCROSS to 90999 to make a $10 donation.

Do you think a crosswalk with safety features, such as a pedestrian island and signals, is needed on 20th Street near Joplin High School?