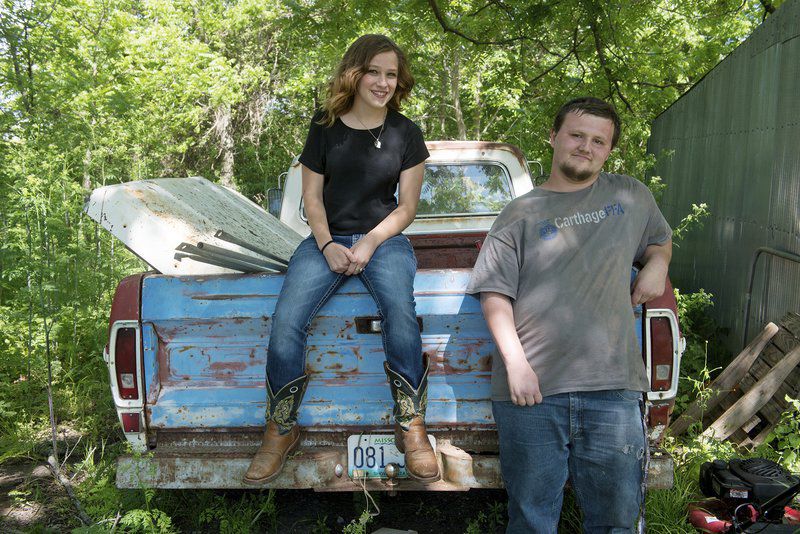 Five years ago, cousins Mason Lillard and Lage Grigsby were severely injured at Home Depot during the tornado. The two are restoring a Ford truck for Mason to drive. Globe | Roger Nomer 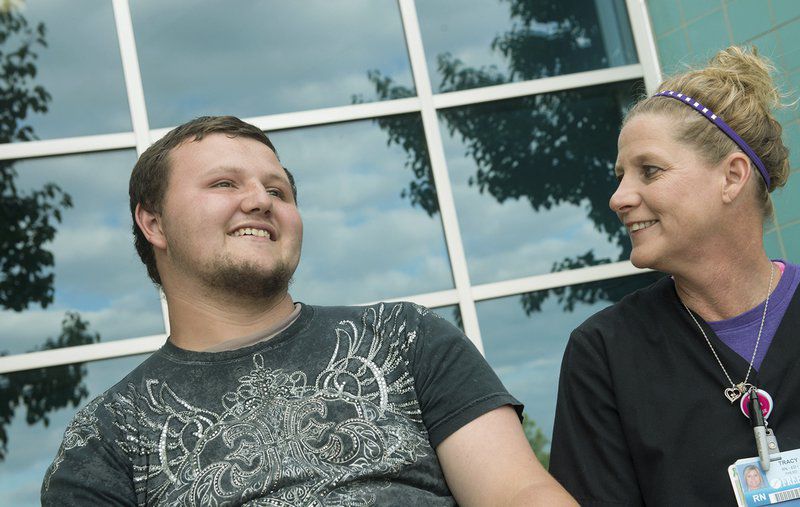 Lage Grigsby and Tracy Dye talk about their relationship after the tornado during an interview on Wednesday. Globe | Roger Nomer 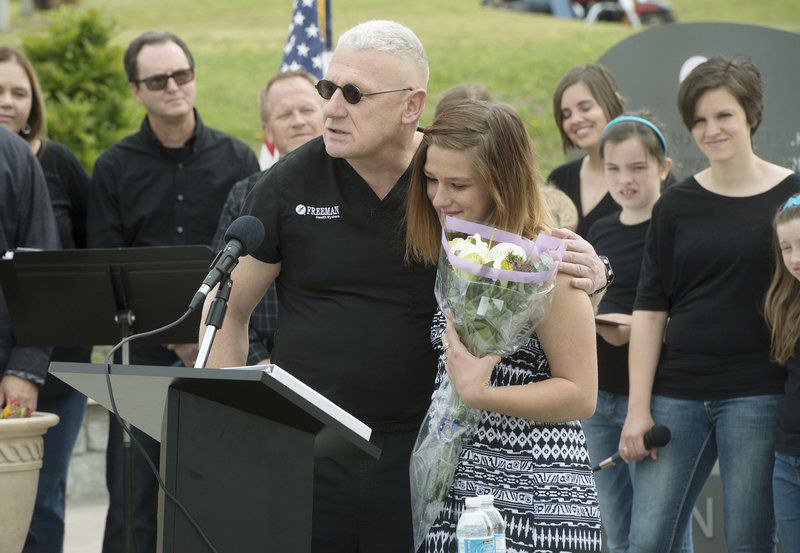 Ray Vetsch, a cardiothoracic and vascular surgeon at Freeman Hospital, talks about treating Mason Lillard after the tornado during the unveiling of the Freeman butterfly on Thursday. Globe | Roger Nomer 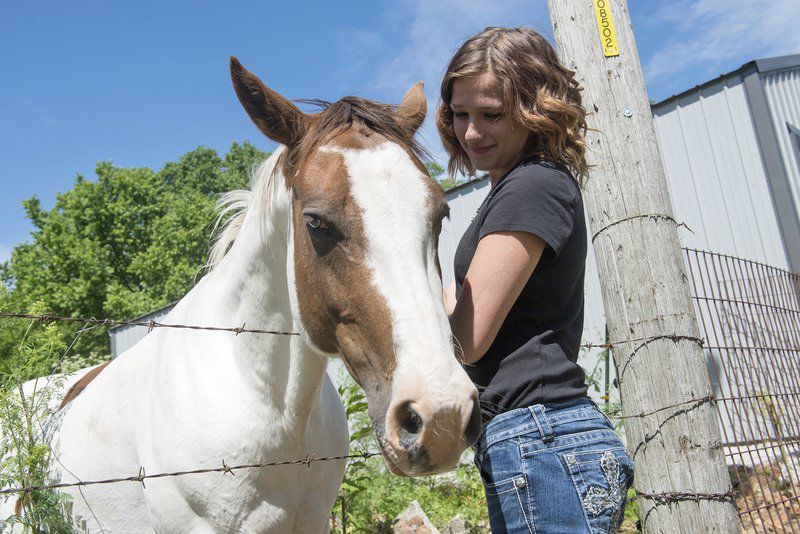 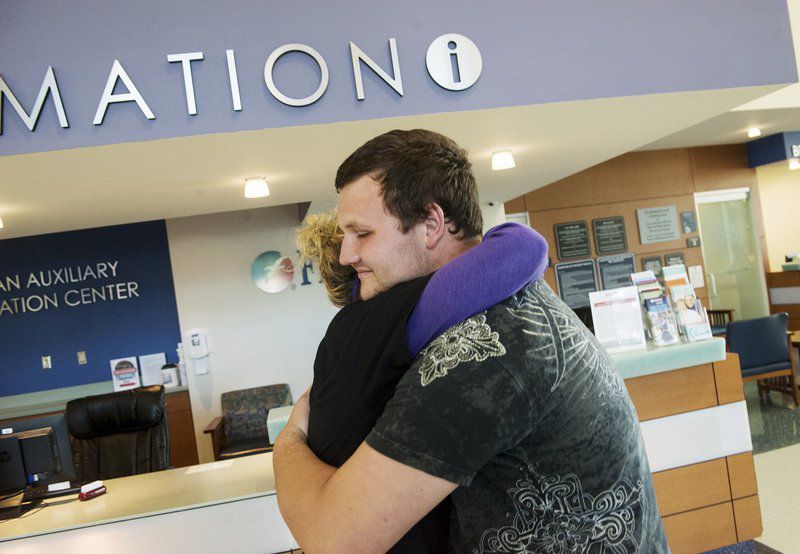 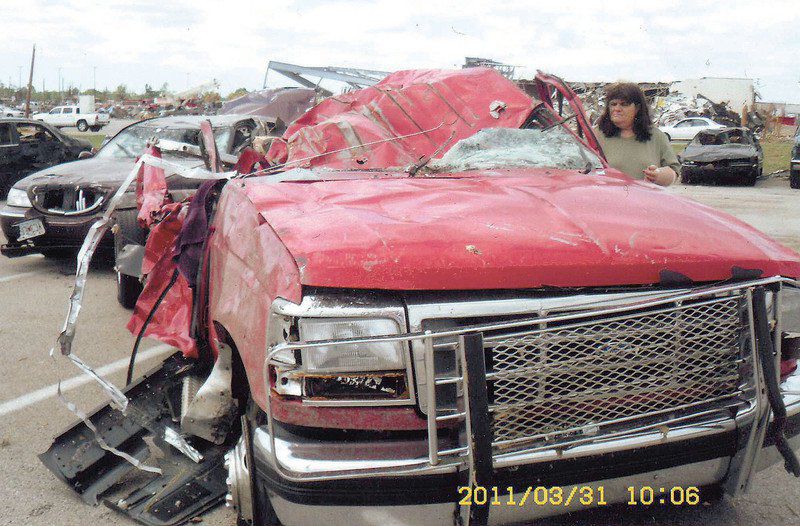 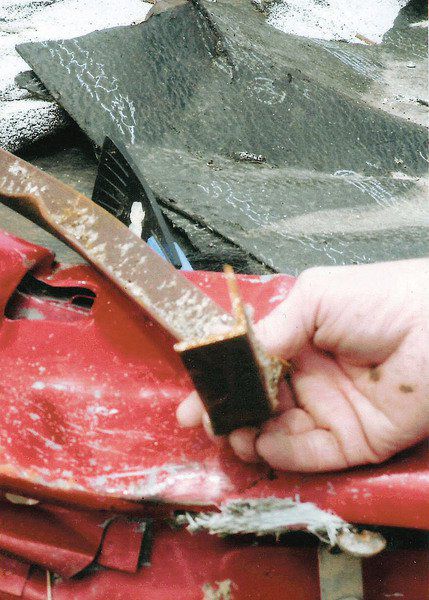 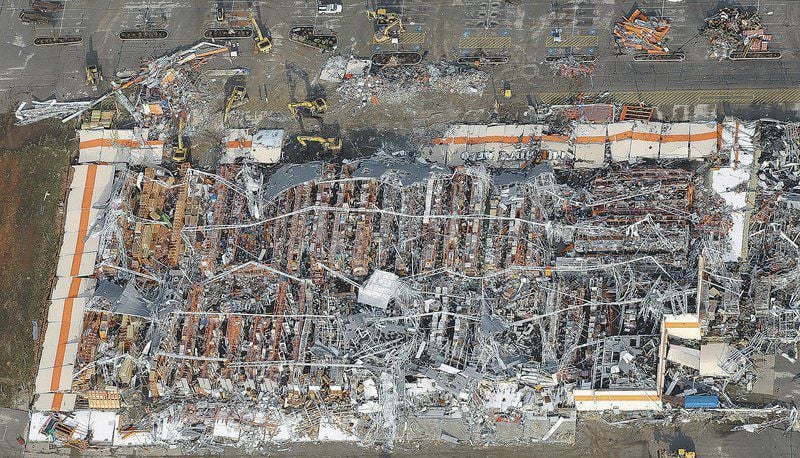 Five years ago, cousins Mason Lillard and Lage Grigsby were severely injured at Home Depot during the tornado. The two are restoring a Ford truck for Mason to drive. Globe | Roger Nomer

Lage Grigsby and Tracy Dye talk about their relationship after the tornado during an interview on Wednesday. Globe | Roger Nomer

Ray Vetsch, a cardiothoracic and vascular surgeon at Freeman Hospital, talks about treating Mason Lillard after the tornado during the unveiling of the Freeman butterfly on Thursday. Globe | Roger Nomer

Lage Grigsby was believed to be near death when he arrived at Freeman Hospital West after being pulled from debris in the May 22, 2011, tornado. In fact he was taken to the hospital's morgue.

Mason Lillard would have died, her surgeon said, if a metal rod driven through her body would have shifted an inch either direction.

Despite critical injuries suffered when their grandparents' truck was thrown more than 300 feet across the Home Depot parking lot, the two cousins say they don't think that often about the EF5 twister that leveled about one-third of Joplin.

"You kind of forget about it unless you look at the scars," said Mason.

After suffering life-threatening head injuries when he was ejected from the truck, Lage was at first taken to a morgue at the hospital. Mason was pinned in the vehicle — impaled by an inch-wide metal rod that went through the roof of the cab, pierced her shoulder and exited her flank before penetrating the seat of the truck.

Though the two don't think that often about the tornado, they and their families haven't forgotten those they credit with helping the two cousins survive that night.

A friendship is forged

On the night of the tornado, Mason was rushed to surgery, but Lage had been black tagged — meaning he was thought to be dying.

That same night Freeman Hospital West ER nurse Tracy Dye arrived at the hospital after she heard the tornado had hit St. John's Regional Medical Center. She had considered not going to work because she was watching the storm develop and didn't want to leave her sons.

But she did go — a decision that made a life-or-death impact.

When Dye arrived at the hospital, she was sent to the morgue. Walking through, she touched Lage's arm and "he let out a scream. I ran and got a doctor and we got him out of there," she said.

The nurse and her former patient, now fast friends, recalled their experiences from that night in a conversation Wednesday at Freeman.

Dye stayed with him until surgery, which lasted six hours. For him, those actions were lifesaving, Lage reminded the nurse Wednesday.

Dye said Lage and his family "feel indebted, even though they're not. He's done the biggest job, in how far he's come in recovery."

Lage said he calls the nurse his "second mom" and Dye responds that, out of the tragedy, Lage's family has become her extended family.

She and her husband and children attended his graduation party a year ago, and the two check up on each other, in telephone calls or via text.

Sharon Lillard calls Dye "our angel," adding, "I was at the hospital the other day and I dropped a little gift by for her."

According to Mason's account of the storm, Dye was not the only angel on duty that night.

Many young survivors described "butterfly people" they said protected them during the tornado. Mason, who has grown up attending church, said there's no mistaking what she saw — angels alongside her and her cousin. Their grandmother had urged them to pray as the storm approached. She saw the them just before the storm hit, Mason said, and after she felt a touch on her shoulder.

"I thought it was Lage, but when I turned I saw two angels in robes, one with brown hair and one with blond hair," she said. "It was kinda calming. I knew God was with us and that he'd take us to be with him, or leave us to do something great."

Mason and Lage and their families were guests on Thursday when Freeman officials unveiled a butterfly sculpture at the hospital. Raymond Vetch, the surgeon who worked two hours to remove the rod from Mason's body, paid tribute to her bravery and to the courage and hard work of the hospital staff that night.

The 15-year-old is casual when she describes the track the rod took through her body.

"It went through my right shoulder, broke seven ribs and punctured my lung. Dr. Vetch says I'm a miracle, because if it had gone either way, it would have got my spine or my liver."

Surgeries performed on Lage and Mason the night of the tornado were among nearly 25 that doctors considered crucial, "with life literally hanging in the balance," said Paula Baker, Freeman president and CEO.

Many more surgeries and other procedures were performed under the most challenging circumstances.

About 1,750 patients were treated the first night, including those brought to the hospital from St. John's and others injured in the storm. The hospital had emergency generators, but no phones, no Internet and limited water supplies. Most communication was with hand-held and ham radios. Surgical instruments had to be couriered to and from Freeman's Neosho location for sterilization.

The Lillard and Grigsby families also have developed friendships with members of the Quapaw Tribal Fire Department who responded to Home Depot, and all were on hand two years ago for the wedding of Jodi Francisco and April Webb. Francisco, now a deputy chief, was part of the crew that worked 45 minutes to cut the rod and free Mason, so she could be transported, sitting upright, to the hospital. Webb, a nurse with EagleMed at Freeman, rode in the ambulance with Lage.

"We've stayed in contact ever since the tornado," Francisco said. "They came to the station because they wanted to meet everyone who was involved. They brought us an ornament we hang on our Christmas tree every year."

It's relatively rare that firefighters and rescue workers get a thanks for their work, he said, adding, "but those are great kids, from a great family."

Francisco said he and others who responded will never forget the images of that night, or the two cousins who were so gravely injured.

"To see them now and think back to the way they were — it's a miracle," he said.

Mason and Lage agree. "God really blessed us; he's not done with us," said Lage.

'He kinda proved them wrong'

Mason had her final surgery two years ago to correct scoliosis that had developed as a result of her injuries.

"They put two rods along my spine with 27 screws and and clips on my ribs. I grew 2 inches after that," she said. "But 13 surgeries in three years is too many."

She's now a cheerleader at Jasper High School and a member of the softball team. She lives with her grandparents and looks forward to spending her summer jumping on the trampoline and riding her horse. She has her learner's permit and can't wait to start driving on her own.

Lage's injuries are more persistent. He wears a brace on his right leg and has limited use of his right arm. That doesn't keep him from doing most anything he wants, including driving and working on vehicles, and chores like replacing the rear end on his friend's truck last week. He graduated from Webb City High School a year ago.

"He plays video games one-handed and somehow he still beats me," said Mason. "They said he'd never talk or walk again — he kinda proved them wrong."

When it comes to cars and trucks "he can do just about anything," said his grandfather, Rodney Lillard.

After surgeries and treatment at Freeman Hospital the two were transferred to Children's Mercy Hospital. Lage spent six weeks at the Kansas City hospital, then returned later for a surgery to implant a piece of his skull that had been temporarily stored in his stomach. He underwent months of therapy and still gets Botox injections in his hand and leg every six months to relax some muscles and tighten others.

"We're amazed at everything he can do," said grandmother Sharon Lillard.

Though in the truck with her two grandchildren, Sharon Lillard was cut and bruised, but did not suffer serious injuries. Five years later, pieces of wood driven her skin by the tornado still work to the surface from time to time.

The grandmother and two cousins had stayed in the truck while Rodney went into the store for some electrical supplies. Jessica Grigsby, Lage's mother, had called to warn them of the storm but there was no time to get inside.

The truck was flattened and Rodney, after crawling from the debris of Home Depot, could only find it when he recognized the license plate that read "No. 1 Grandpa." Eight people died in the store.

Sharon Lillard said the family still shops frequently at Home Depot and visits with workers who remember the night of the tornado.

"They showed us their safe room," she said.

Though both youngsters used to be traumatized by storms, they no longer bother Lage, he said. Mason says she "used to freak out." Now, when a storm approaches, she goes to an interior room of the house, and puts on headphones to block out any thunder.

The tornado has been an opportunity to witness to others about their faith, Sharon Lillard said. Family members have spoken many times at local churches and other gatherings.

"And Mason sings, she has a wonderful voice," Sharon Lillard said. "We trust God to take care of our needs, he's always there."

No place to go

Paula Baker, Freeman Health System CEO, says hospital workers had to help some patients find housing when they were ready for discharge. Not only had they been injured in the May 2011 tornado, but they had also lost their homes.