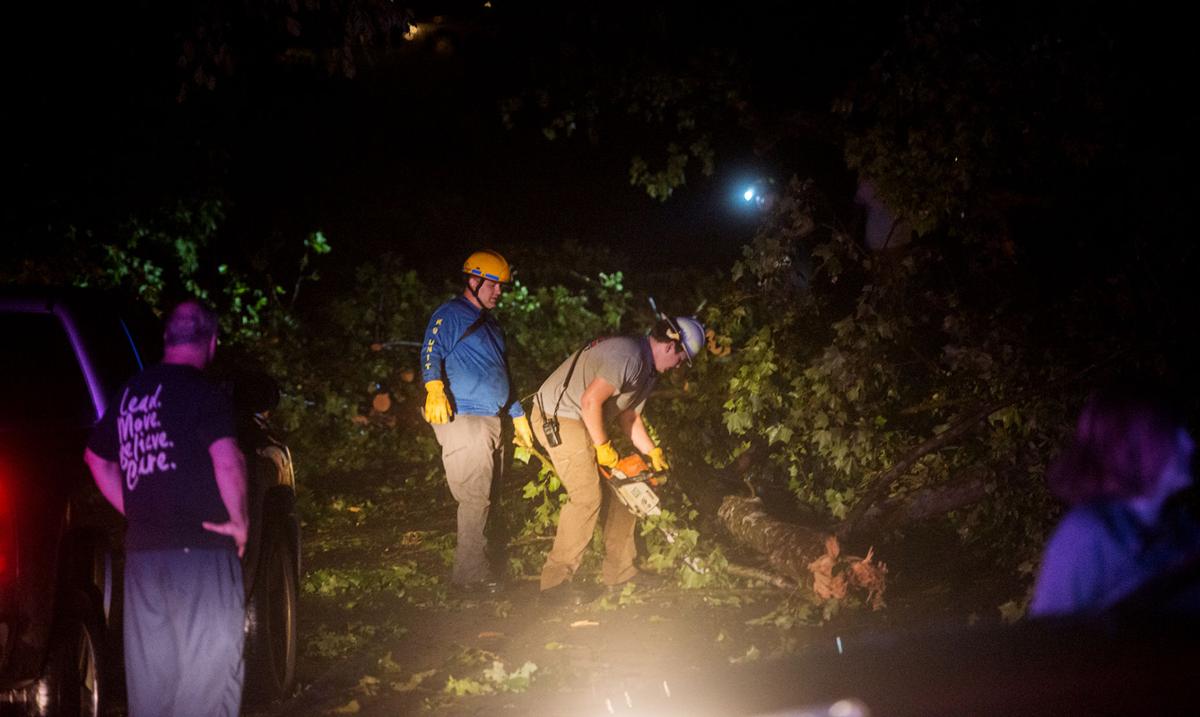 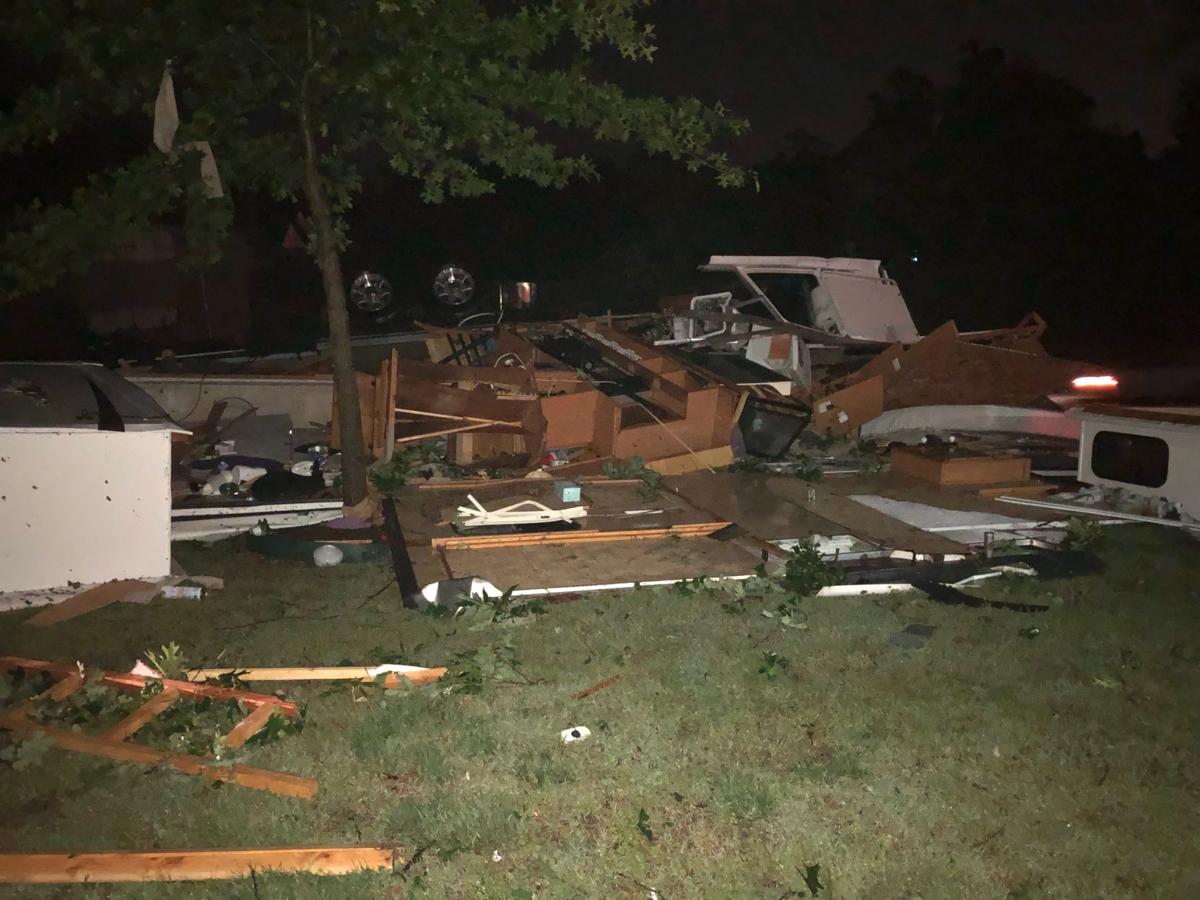 Damage from a tornado Wednesday is seen on a recreational vehicle on Tee Lane in Briarbrook, outside of Carl Junction. (This cutline has been edited to correct an error.) 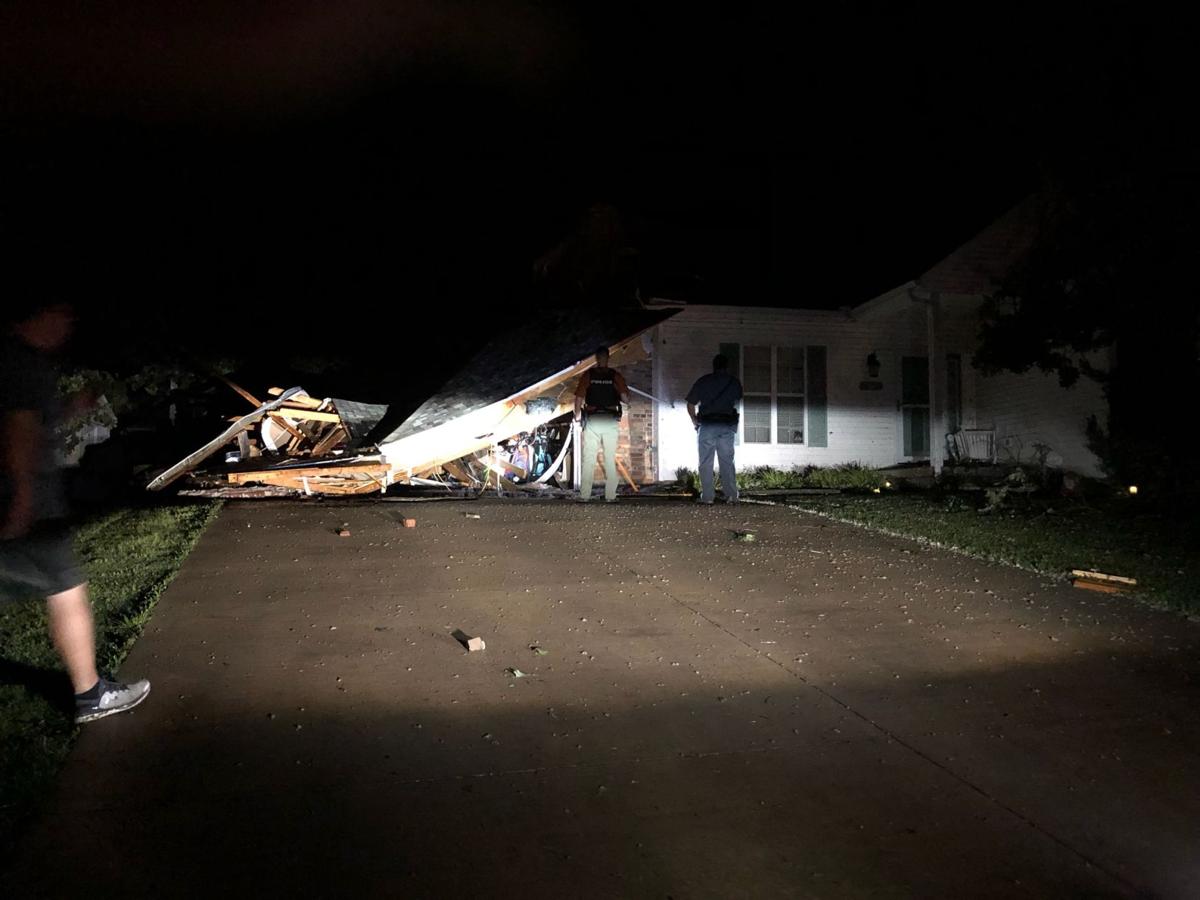 Emergency responders check for victims at a home on Tee Lane in Briarbrook, outside of Carl Junction. 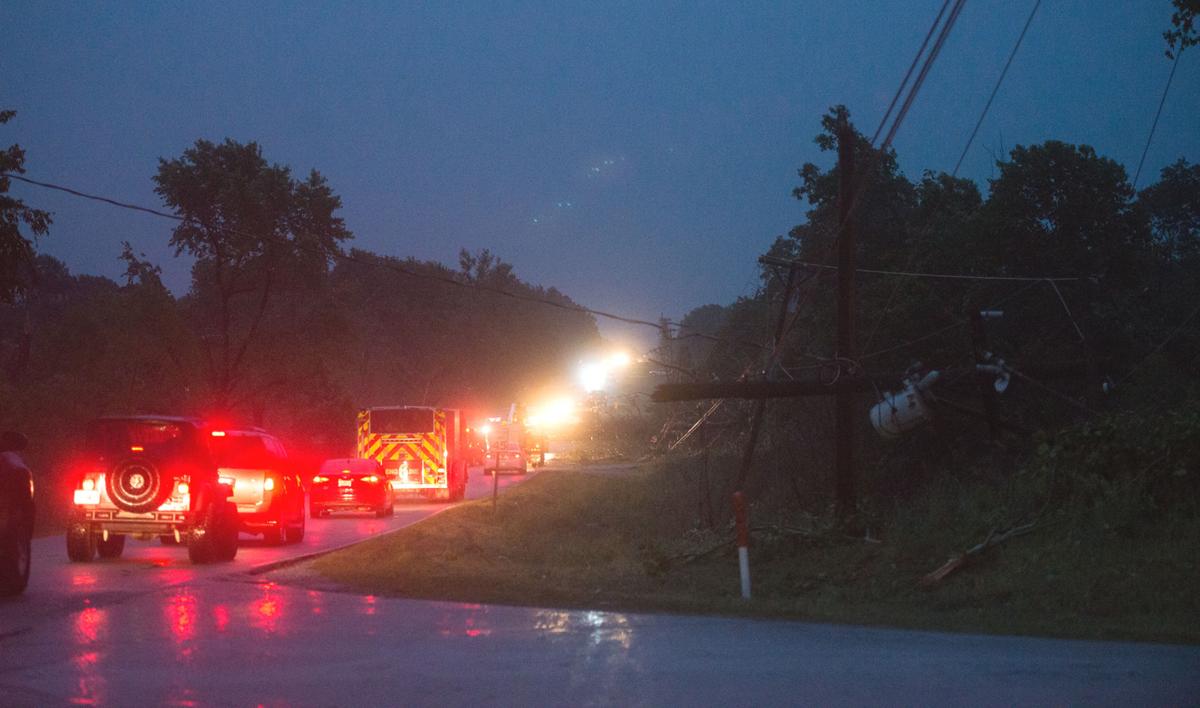 Damage from a tornado Wednesday is seen on a recreational vehicle on Tee Lane in Briarbrook, outside of Carl Junction. (This cutline has been edited to correct an error.)

Emergency responders check for victims at a home on Tee Lane in Briarbrook, outside of Carl Junction.

This report is being continually updated with the latest information.

A three-state tornado track turned deadly Wednesday night with three fatalities in the Lamar-Golden City area of Barton County, according to authorities.

The storm that spawned an apparent tornado fired up in Ottawa County, according to the National Weather Service, then touched down near Baxter Springs and Galena in Kansas, and then in Carl Junction and Oronogo, but no injuries were reported before it moved into Barton County.

Keith Stammer, Jasper County emergency management director, confirmed tornado damage in Carl Junction and Oronogo, before noting late Wednesday night that there was still a strong possibility of more storms overnight. “This is pretty much an all-night deal.”

Officials with Liberty Utilities-Empire District, as of about 11:45 p.m. Wednesday, reported that almost 4,000 customers were without power because of storm damage. Crews are working throughout the night to restore power, according to a post on the company's Facebook page.

Briarbrook residents in Carl Junction reported extensive damage to trees and homes because of the storms. After the sirens of emergency vehicles gradually faded, the buzzing of chain saws filled the air as residents and emergency personnel began cutting up trees and limbs covering the roadways. Others surveyed the area to find out the extent of the damages.

Emergency personnel in Briarbrook had not reported any injuries as of about 9 p.m., but said they’re continuing to check houses. While conducting search and rescue, law enforcement closed down the area from any outside traffic because of dangerous power lines and debris covering the roadways.

Coleen Lindstrum said their home at 409 N. Bluff in Carl Junction sustained heavy damage. The family recently closed on the “home of their dreams” on April 30.

“We just got the house pretty well set up,” she said. “We were listening and following the storm on television in the basement. They said it would be here in five minutes and sure enough, it was. It blew our front door into the house. In the living room, it is all open. The roof is gone. It was our dream house, and it looked beautiful.”

The Lindstrum family had experienced a tornado in McPherson, Kansas, in 1992 and are familiar with the sounds of roaring winds.

“I know what it sounds like,” said Coleen. “It has a sound all of its own.”

Her husband, Jon, said he was worried about rainwater entering through their exposed roof. He wanted to climb up to the roof but couldn’t because it was pitch black outside and more storms were approaching.

The Lindstrums' neighbors at 405 N. Bluff and other nearby homes also sustained heavy damage as a result of the tornado that ripped through the area. Beau James, who was in the home at the time, said they sought shelter in the basement during the storms.

“I came back upstairs, and part of the roof was gone, and I could see the sky,” he said, describing the wreckage.

Dustin Franks, of 406 N. Bluff, said they were able to seek shelter in the basement of their home and were walking around the neighborhood to ensure that everyone else was OK.

“Pretty much everything that was outside is gone,” said Franks, describing the scene.

Molly Harvey, who lives on Fairway Drive in Briarbrook, said they have multiple neighbors who have trees down on top their houses.

“As soon as we heard the sirens, we went to our inside bathroom,” she said. “We heard a giant thud and our house started shaking. We have a lot of people with trees on their houses.”

Her husband, Toby, said they sought shelter after seeing strips of tin flying through the air. He’s been using his pickup truck to drag downed trees and limbs out of the street. Kelly Garst, of 321 Fairview Drive, said they lost power and a tree fell on top of their house.

“There are two 100-year-old trees that were pulled out of the ground,” she said.

Shandon Walker and his family, who live on County Road 290, were able to take shelter in the basement of their house for about 15 minutes. Walker said he could hear a whistling sound and knew the tornado was nearby, which only seemed to last a couple of minutes. He credits the meteorologists for their lead time and accurate coverage.

“We will not make up this day, but we will make plans for after Memorial Day to get back together, so that students may pick up items and say summer good-byes,” the district said in the Facebook post. “We will let you know about these plans as they are developed.”

Chris Carriger, Oronogo emergency management director and police chief, posted on Facebook that emergency crews continue to conduct damage assessment of the area. He posted that there have not been any reports of injuries or significant structural damages, but there are downed trees and power lines, so be cautious.

Gregg Sweeten, emergency management director for McDonald County, said that firefighters from Southwest City visually tracked a large tornado through the county Wednesday night. No damage or injuries have yet been reported from that storm, Sweeten said.

CARL JUNCTION, Mo. — Isaiah Basye, of Carl Junction, stood Thursday morning in front of what was left of his family’s home on Turf Lane in Bri…