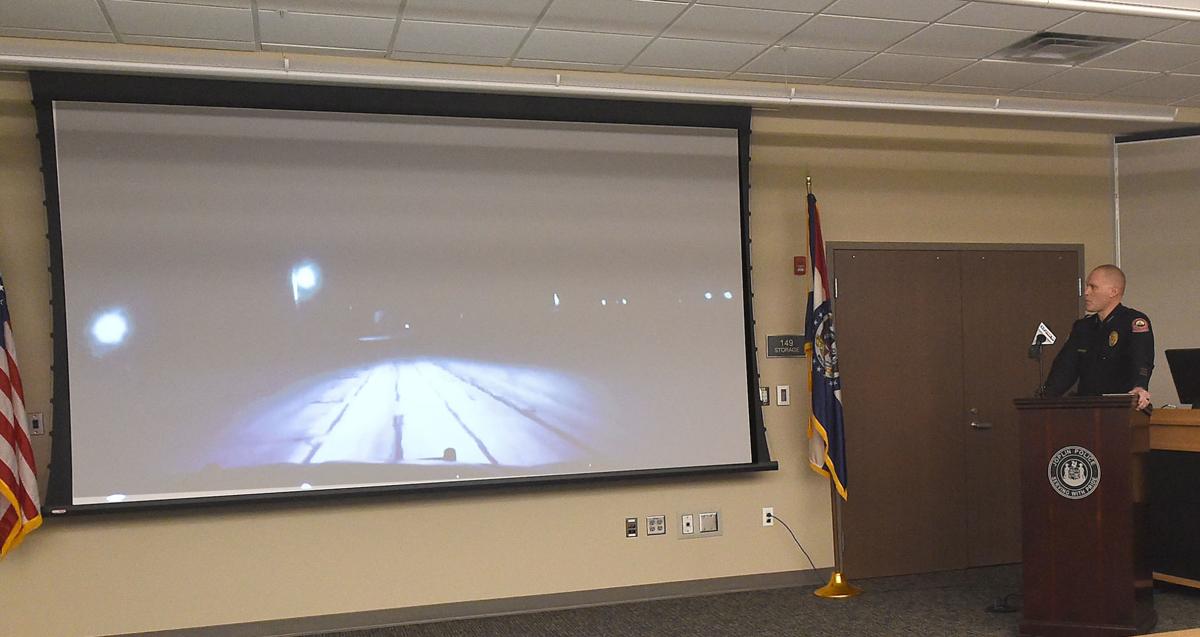 During a press conference on Thursday, Joplin police Chief Matt Stewart plays dash cam footage as the department releases the findings of an investigation into the August officer-releated shooting death of David Ingle. 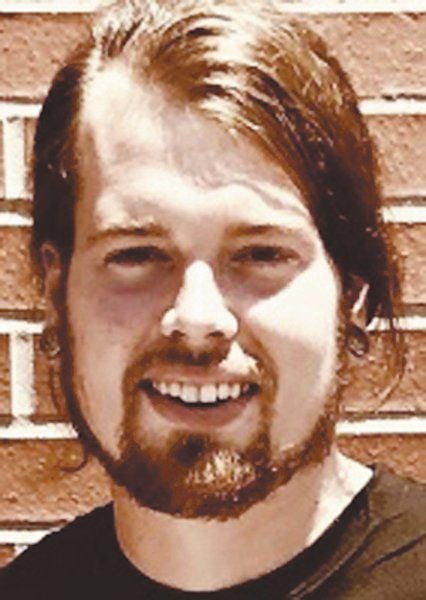 During a press conference on Thursday, Joplin police Chief Matt Stewart plays dash cam footage as the department releases the findings of an investigation into the August officer-releated shooting death of David Ingle.

The shooting was investigated by the Joplin Police Department as well as the Missouri State Highway Patrol.

During a 45-minute press conference, video from the dashboard camera on Rawlins' patrol car as well as from the two officers' body cameras was shown to the media.

Combined, they showed events leading up to the moment when Meador fired shots from his service weapon at Ingle, who was unarmed but charging at Meador. Audio from two separate 911 calls prior to the incident, as well as the dispatch call to Rawlins — the first officer to arrive on the scene — also were played.

Following the playing of the audio and video recordings on a screen inside the Joplin Public Safety Training Center, Stewart said: “It’s easy for someone who is not involved in law enforcement encounters to question events because they don’t know the reality of trying to subdue someone that is aggressively trying to attack them."

Meador and Rawlins have a combined 1,051 hours of police training, including 599 hours of "use of force" and "deescalation" training and 79 hours of mental health training, Stewart said. Meador joined the Joplin Police Department in July 2014; Rawlins joined in May 2017.

“Missouri requires every individual police officer to receive a minimum of 24 hours of training each year,” Stewart said. “As you can see, both of these officers have far exceeded the minimum required training — Meador, six times the required amount, and Rawlins, seven-and-a-half times the amount."

At 9:20 p.m. on Aug. 13, the Joplin Dispatch Center received a 911 call from a man warning them of a “suspicious male” outside his home, “screaming and hollering and cussing” and “really acting up.”

“I think he has drug problems,” the caller told the dispatcher.

When asked if the man had a weapon, the caller said he didn’t know.

Officer Rawlins received the dispatch minutes later to investigate a “suspicious male, screaming and swearing and stomping around” and that the man was “probably on drugs.”

Video images taken from Rawlins’ dashboard camera showed Ingle jogging down the road. Moments later, Ingle threw up his arms in a surrendering gesture, arms over his head, when Rawlins switched on her vehicle’s emergency lights. Ingle then dropped face first onto the pavement, his head near the curb. He lay spread out on his belly as Rawlins exited her vehicle at 9:27 p.m., a stun gun in her right hand.

“You will see (that) Officer Rawlins spent nearly three minutes trying to talk to Mr. Ingle, to deescalate the situation," Stewart said during the news conference, prior to showing footage of the shooting from Rawlins’ body camera.

After instructing Ingle to “stay on the ground" or risk Rawlins using her stun gun, she told the 31-year-old that he was “doing fine” and "help was on the way."

While yelling mostly unintelligible words and grunts, there were moments where Ingle answered Rawlins' questions and instructions with an “OK” or an “all right.”

Early on, however, when Rawlins asked Ingle to place his arms behind his back, he answered an affirmative but didn't do so.

Ingle's friends have described him as a diagnosed schizophrenic prone to episodes of paranoia and delusion. He also had a history of run-ins with Joplin police. It also was known that police were aware he had a history of mental illness, including an incident Meador handled in 2017. However, police have said that officers who responded to the scene that night were not aware that Ingle was the subject of the call, and the address police were dispatched to that evening was not Ingle's address.

Stewart also previously told the Globe the officers did not know who Ingle was until later that evening.

“Hey, I think he (Ingle) is going to be a mental,” Rawlins warned Meador. As the two came upon Ingle, Rawlins ordered the man to put his hands behind his back.

From the moment Ingle struggled to his feet to the moment he was fatally shot by Meador, the entire episode covers less than 30 seconds. In that time, Ingle is stunned twice by Meador while Rawlins is wounded when a dart from her stun gun embeds in her left wrist.

During the news conference, Stewart said, “You will see Ingle swinging at (Rawlins) and then trying to reach for her gun belt."

Seconds later, Meador kills Ingle with multiple gunshots to the chest after Ingle, back on his feet, charges at him, arms flailing, Stewart said.

After he was shot by Meador, Stewart said, “Mr. Ingle goes to the ground (but) continues to try to get up toward (Meador)."

During the news conference, Stewart emphasized that the two officers weren't aware of Ingle's identity "until well after the incident was over."

Following the shooting, Rawlins — “in extreme pain,” according to Stewart — is aided by arriving police officers while Meador retrieved a medical kit from his car to administer first aid until medical services arrived.

Stewart said Rawlins is "OK" and has returned to work full time, though "she still has some numbness in her thumb, and ... I don't know if she'll ever receive full use of that thumb again."

Two years ago, David Ingle stood on the porch of a house in the 2500 block of South New Hampshire Avenue in Joplin, shouting out to all the wo…