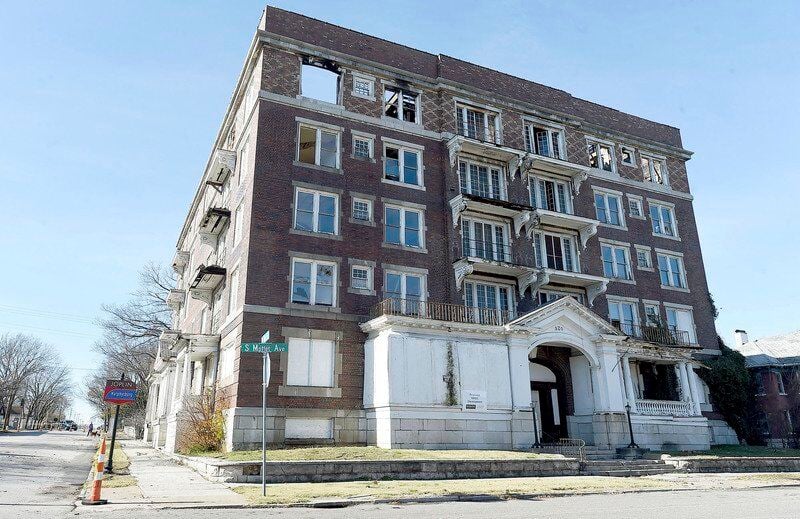 The Olivia Apartments building, which suffered extensive damage in a December fire, is still drawing interest for renovation despite the fire damage, and a recent structural report ordered by the Downtown Joplin Alliance suggests the building is still sound enough for such a project.Globe file 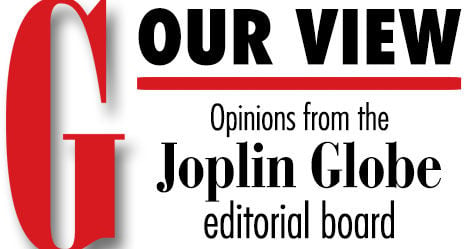 The Olivia Apartments building, which suffered extensive damage in a December fire, is still drawing interest for renovation despite the fire damage, and a recent structural report ordered by the Downtown Joplin Alliance suggests the building is still sound enough for such a project.Globe file

Maybe this isn't the end for the Olivia.

Bywater CEO J. David Dodson told us Monday night from St. Louis, while the building was still burning, “If there is any path forward for it, we will try to find it."

And later he also told us: “I’m not giving up yet."

Bywater didn't own the Olivia but was putting together plans to develop up to 40 units of senior housing for the 114-year-old building at the corner of Fourth Street and Moffet Avenue. It was the most promising thing to happen to the Olivia in years.

But for too long, the best strategy Joplin has had for some of its historic buildings has been hope — hoping others do it, hoping some hero rides up with money, hoping our historic buildings can survive the elements and neglect a while longer while we keep them boarded up.

Hope and plywood are not a strategy.

Break-ins, vandalism, neglect and roof damage that left the Olivia open to the elements all combined to put the building just a few weeks ago on Missouri's most recent list of "Places in Peril."

It's a heck of a description for a building once called "the handsomest building in the West." When it opened, it was said of the Olivia: "Nothing more elegant, more stylish, more convenient has yet been erected in Joplin.”

Watching the fire, we were angry, and not just at the loss of the Olivia, but at a pattern of loss that is costing Joplin its history and its heritage.

• 2012, a fire destroyed the historic Rains Brothers Building downtown. It had been singled out during an earlier Joplin City Council meeting as the kind of building that needed to be saved.

• 2013, the four-story Carl Adams Building collapsed into Main Street. That structure was built in 1914. An adjacent building, built in 1910, had to be demolished because of its deteriorating condition.

• 2018, the Howsmon building was declared a dangerous building after part of the roof collapsed and it had to be torn down.

Like the Olivia, they all were on the National Register of Historic Places.

That's a lot of damage in less than a decade.

Now maybe the Olivia isn't lost. Nearby, work is underway to restore three of Joplin's historic homes, including the Schifferdecker House, which had been previously damaged by a fire. So maybe we can draw a lesson from that.

Yet staring through the top floor windows at the blue sky on Tuesday morning was heartbreaking.

We've seen what can happen when someone committed to saving downtown properties gets involved, someone like Jeff Neal, who has showed the way. Neal Group Construction was honored two years ago by Missouri Preservation, a state-level branch of the National Historic Preservation Trust, for "significant achievement in the field of historic preservation."

The Olivia fire begs the question: What must Joplin do to prevent further loss?

It's clear that whatever steps the city has taken to protect its historic downtown properties in the past are inadequate.