Virus testing in the US is dropping, even as deaths mount 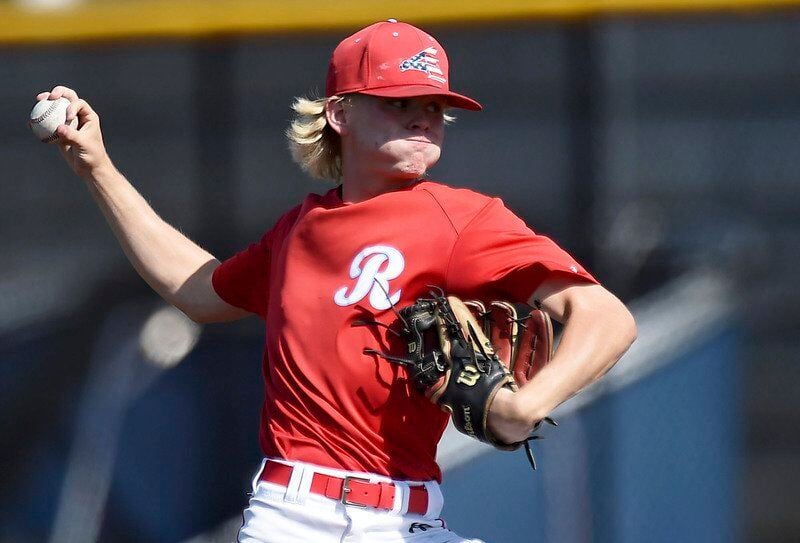 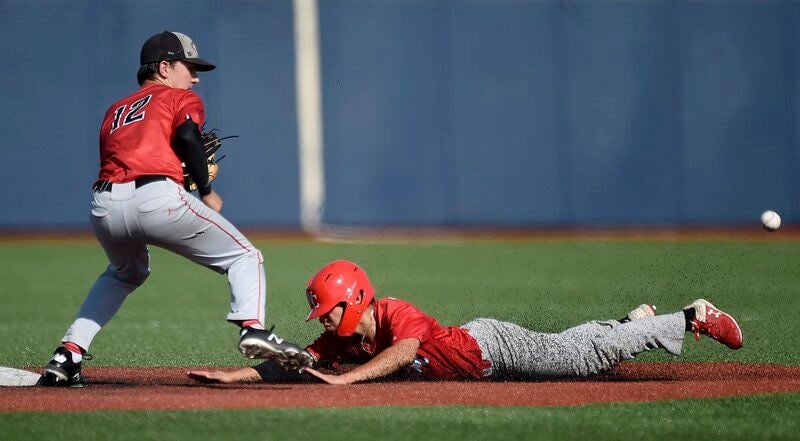 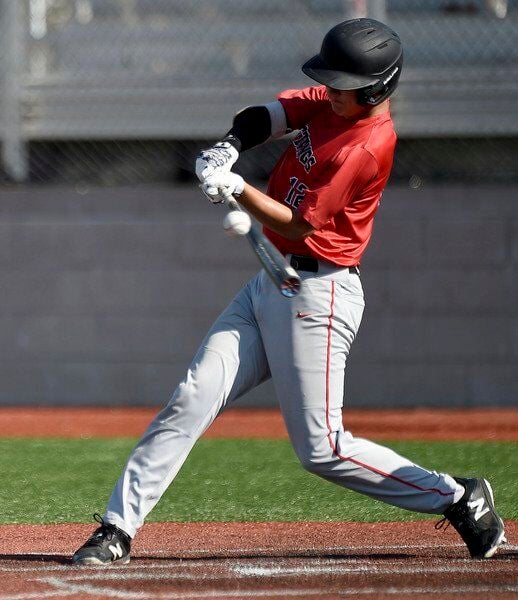 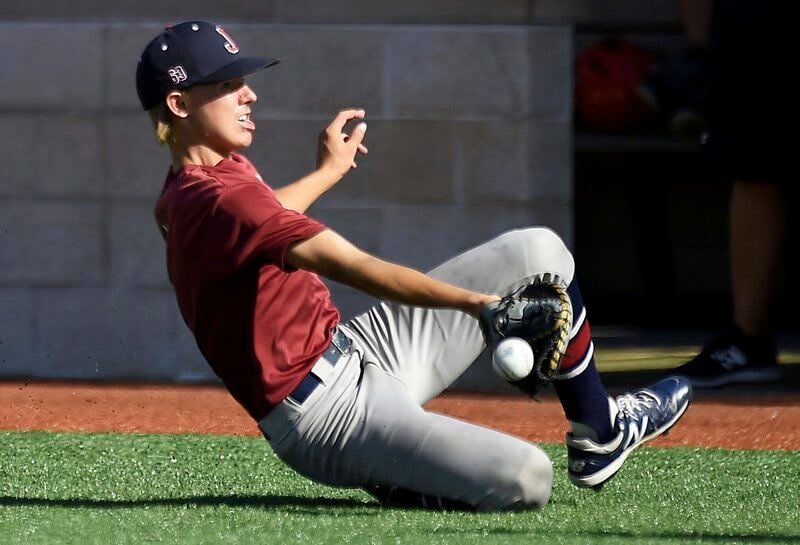 Southwest Missouri All-Stars first baseman Hobbs Campbell (1) comes up a little short while chasing down a foul ball during an AABC 16-under Big Stick Challenge game against the Midwest Mustangs on Thursday at Joplin High School. Globe | Laurie Sisk 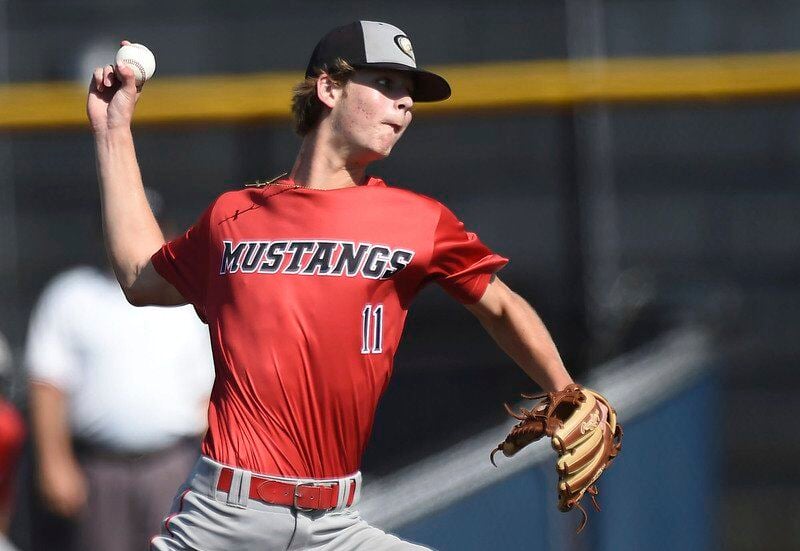 Southwest Missouri All-Stars first baseman Hobbs Campbell (1) comes up a little short while chasing down a foul ball during an AABC 16-under Big Stick Challenge game against the Midwest Mustangs on Thursday at Joplin High School. Globe | Laurie Sisk

Timely hits for a total of 38 runs, extra-base hits plugging the gaps, and finally even the international tiebreaker rule.

There was a little bit of everything in the Southwest Missouri All-Stars’ first two games Thursday night in the 16-under AABC Big Stick Challenge at Joplin High School.

The All-Stars wound up splitting a pair of one-run decisions, falling to Midwest Mustangs from the Pittsburg (Kan.) area 8-7 and then beating Legacy Sports from Bentonville (Ark.) 12-11.

“It’s a fun group of kids,” All-Stars coach Aaron Snow said. “When we put it together, we’re going to be pretty solid. Hopefully we can put our defense with our offense and play a complete game. I’m looking forward to the rest of the weekend.”

The All-Stars have two more pool games today at Joplin High School against Perfect Timing Blue at 4:30 p.m. and Sioux Falls Cyclones at 7.

After seeing a five-run lead disappear in the sixth inning, the Midwest Mustangs used small ball to produce the decisive run in the bottom of the frame.

Alex Meister reached second base on a throwing error to start the inning, and he moved to third when Colin Hite’s perfectly placed bunt up the left side went for a hit.

Wyatt Foley followed with a safety squeeze bunt that scored Meister and broke the 7-7 deadlock.

“It’s always good when someone can get a job done like that,” Mustangs coach Cole Sanderson said. “I love that style of baseball, being selfless for your team. It pays off and gave us a chance to score more runs there. It set up the next one, which also was executed very well by Wyatt. We weren’t taking a risk. We were waiting for him to get it down. That was the plan the whole time.”

Cade Beshore went 3-for-3 and drove in four runs as the Mustangs opened a 7-2 lead after five innings. Beshore hit a two-run single in the first inning, and singles in the third and fifth each scored a run.

Logan Myers, Case Sanderson and Seth Stover each hit a double for the Mustangs, who had nine hits.

Aiden Brock hit a single and double for the All-Stars, and Jeremiah Leaming contributed a two-run double to left to cap the sixth-inning spree. The first three runs of the inning scored when Justin McReynolds executed the back end of a double steal and an error on River Brill’s grounder.

“It took us a while, the first three or four innings, to gel and come together a little bit,” Snow said. “Kids started getting up on the fence and rooting for each other. We were starting to come together at the end of the first game and fell a little bit short. I told them I was proud of them for sticking with it ... but defense was our Achilles’ heel.”

“I thought wey fought well,” Sanderson said. “We gave up a little bit there in the sixth, but we did a good job of coming back out and closing the door on them.”

Offense came early — a 6-6 deadlock after two innings — and late —seven combined runs in the sixth inning for an 11-11 tie.

And with the 2-hour time limit expired, tournament rules call for the use of the international tiebreaker rule, which puts a runner on second base to start each inning.

“The international rule, I hadn’t done that since I was about 12,” Snow said. “It makes it a little more exciting for the extra inning, putting the runner on.”

Legacy Sports had Alex Roebuck on second base to start the top of the seventh, but a key defensive play changed the momentum. All-Stars pitcher Leaming bounced a pitch outside, but catcher Brantley Carter fielded the pitch on one hop and fired a throw to shortstop Brill, who tagged Roebuck for the first out.

Leaming retired the next two batters on a popup to second baseman Bodee Carlson and a grounder that Brill fielded behind second base before firing to first baseman Brock Aiden.

Wyatt Shadwick was placed on second to start the All-Stars’ seventh. He moved to third on Eric Fitch’s groundout and scored the winning run on Tyler Reither’s sacrifice fly to left.