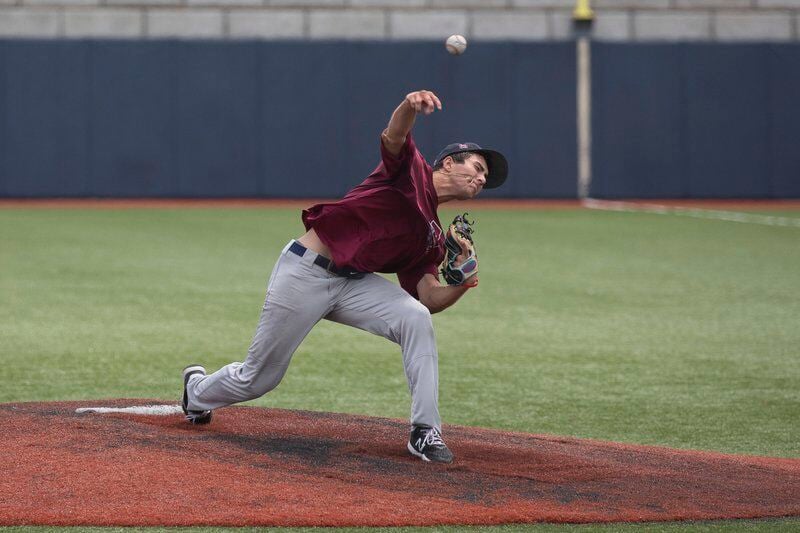 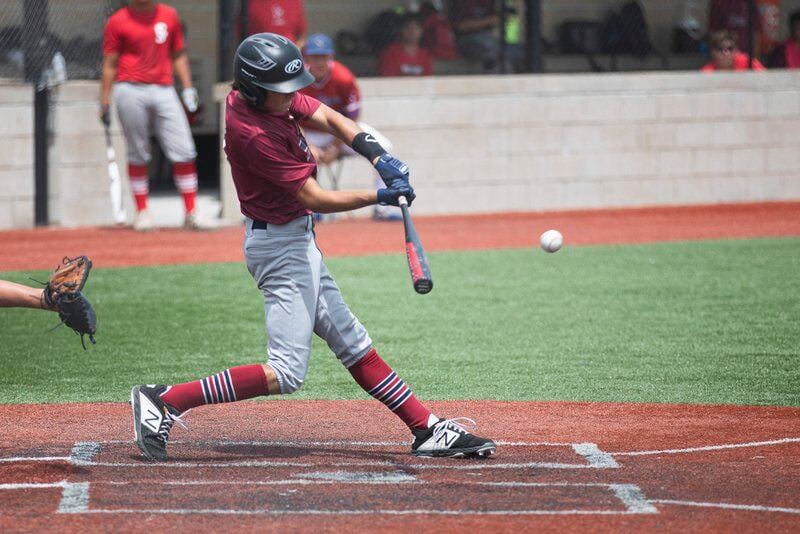 Southwest Missouri All-Stars' Byler Reither connects to get on base during Sunday's Premier 16-under semifinal game against Perfect Timing Grey at the Joplin High School sports complex. Globe | Derek Livingston 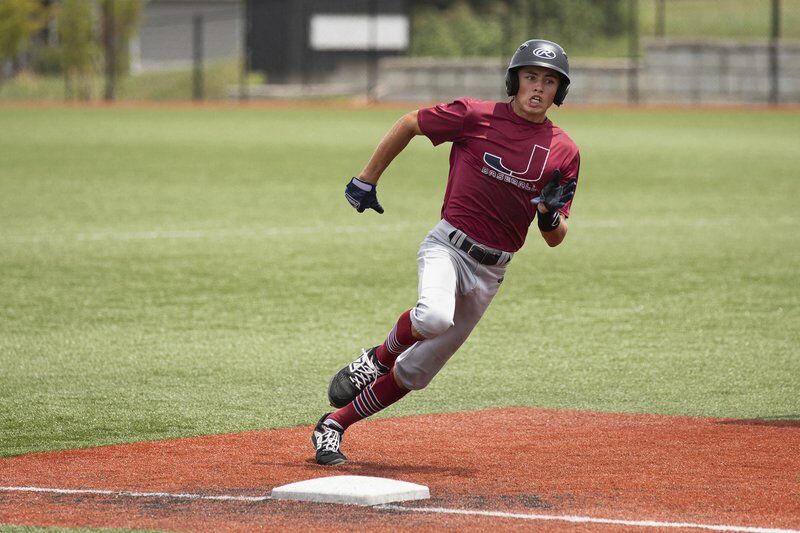 Southwest Missouri All-Stars' Byler Reither connects to get on base during Sunday's Premier 16-under semifinal game against Perfect Timing Grey at the Joplin High School sports complex. Globe | Derek Livingston

The Southwest Missouri All-Stars were seemingly on the verge of replicating some of the magic they had the year before, albeit in a different age group.

But despite taking a midgame lead in the semifinal round of the Premier Baseball 16-Under Championship on Sunday afternoon, the All-Stars were delivered a fifth-inning haymaker by Perfect Timing Grey and never recovered in a 7-4 loss at Joplin High School.

“I think the area of Southwest Missouri was again represented very well,” said Southwest Missouri coach Kevin Burgi, who is also the McDonald County High School coach. “We showed that this area of the state plays very good baseball and we have some very good players. It’s a testament to the high school coaches and the players in the area.”

The All-Stars had a 4-3 lead before Perfect Timing Grey erupted with four runs in the top of the fifth. A bases-loaded walk opened the scoring in the pivotal frame before Gabe Reed roped a three-run double to right-center field, giving Grey the three-run advantage that remained the rest of the way.

“I thought we were swinging at the right pitches and did a great job of elevating the ball with the wind that was blowing in our favor,” Perfect Timing Grey coach Phillip Cebuhar said. “They kind of put us on the ropes in the inning before. So those were some big runs. Gabe Reed did an excellent job of delivering that big hit we needed.”

“When it comes down to it, there were some plays out there to be made and we just couldn’t find a way to make the right pitch or right play when we needed to,” Burgi said. “We relied on it all week, but it just wasn’t there today.”

The All-Stars plated three runs on four hits to go up 4-3 in the bottom of the fourth, an inning that was highlighted by RBI singles by Tanner Woodruff, Hobbs Campbell and Bodee Carlson.

"We swung it well all tournament, but the Perfect Timing guys just did a great job of keeping us guessing," Burgi said. "It just kind of happens some days. But tip your cap to those pitchers they threw at us today. They did a fantastic job."

Cole Martin paced the hitting for Southwest Missouri with a 3-for-4 showing, while Byler Reither went 2 for 3.