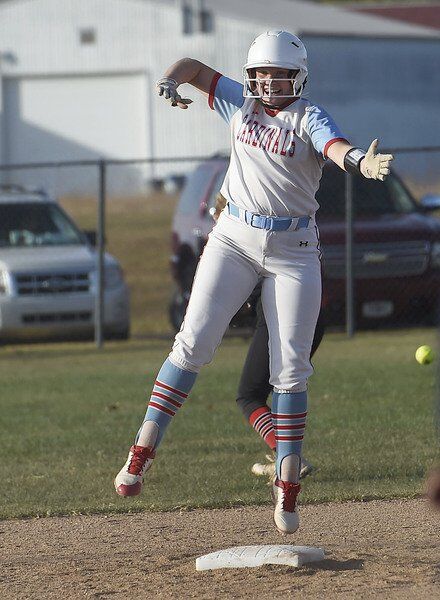 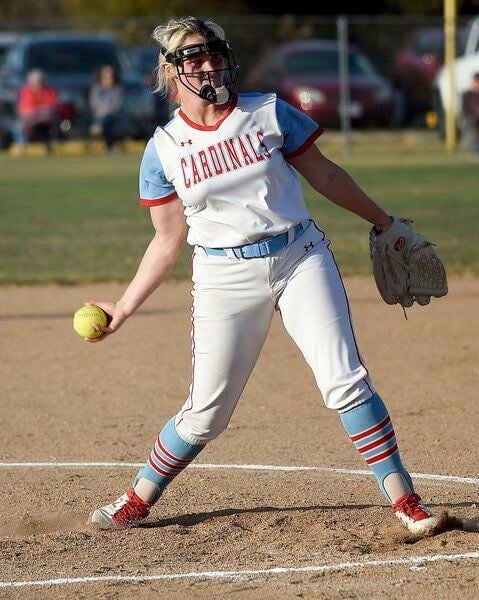 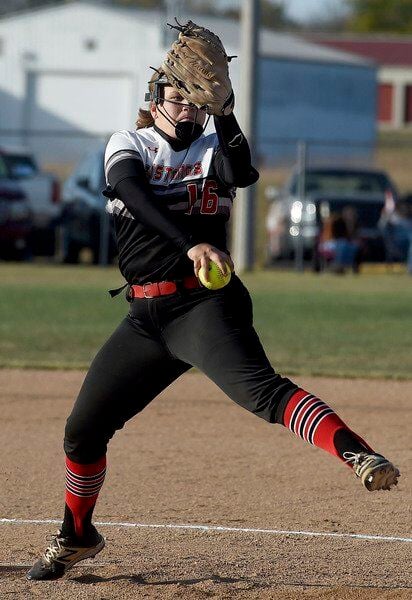 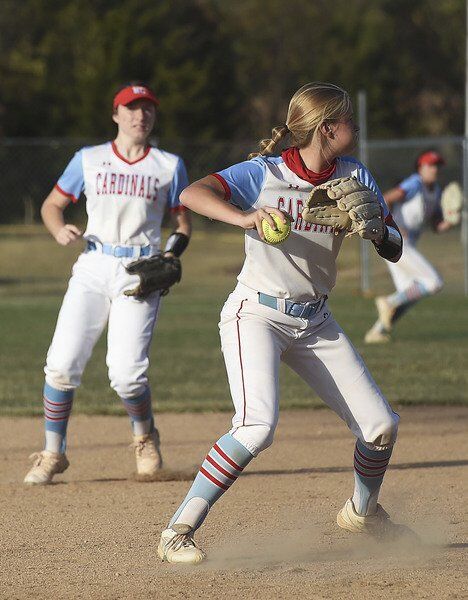 Webb City shortstop Peyton Hawkins rares back to throw a runner out at first base during their Class 4 District 6 Championship game against McDonald County on Friday in Monett. Globe | Laurie Sisk

Webb City shortstop Peyton Hawkins rares back to throw a runner out at first base during their Class 4 District 6 Championship game against McDonald County on Friday in Monett. Globe | Laurie Sisk

Berry, a senior right-hander, fired a no-hitter, and the top-seeded Cardinals scored all their runs in the sixth inning for a 5-0 victory over second-seeded McDonald County on Friday night in the Class 4 District 6 softball championship game before a standing-room only crowd around Field 4 at North Park.

"It was a long day because we were so anxious," Berry said. "Right when I woke up — I could barely go to bed (Thursday) night because I was so excited — ... we came out and played ball today and we dominated. That's what we needed to do."

The Cardinals (25-5) earned their third district title in coach Shauna Friend's six years at the helm — it's also No. 20 for assistant coach Kathy Harris. They play host to Bolivar (16-6) in a state quarterfinal game on Thursday at a time to be determined.

"I'm super proud of these girls," Cardinals coach Shauna Friend said. "They've been working hard for this moment since Aug. 10. Just couldn't be prouder of Haidyn and the entire team, all 21 off them."

Berry was near-perfect in her no-hitter, striking out 16 batters and walking one. She fanned at least two batters in every inning — three in the second and third frames.

McDonald County (21-4) had only two baserunners, and both came in the fourth inning. Carlee Cooper bunted and reached when the throw to first base was dropped. She took second on Katelynn Townsend's sacrifice, and Madeline McCall walked with two outs. But Berry fanned the next batter to end the threat.

"All of my pitches were working," she said. "I was throwing everything I had, just mixing it up. That's what we had to do, and we got the job done."

And so much for the superstition of not talking about a no-hitter in progress.

"Fourth inning, my catcher (Kaylyn Gilbert) looked at me and said 'You have a no-hitter right now. Let's get the job done,' '' Berry said. "That's what we did."

The Cardinals and Mustangs, who are also the top-two teams in the Class 4 state poll, battled through five scoreless innings. The Cardinals had baserunners in every inning but stranded six before breaking through in the sixth.

Mustangs right-hander Madeline McCall, who had eight strikeouts and one walk through five innings, walked Alyssa Jennings and Emalee Lamar to start the Webb City sixth.

Gilbert, on a 2-1 pitch, slammed a home run over the fence in left-center field — an estimated 230 feet — for an apparent three-run homer run. However, pinch-runner Ripley Shanks failed to touch home plate before Gilbert scored, and instead of a 3-0 lead, Webb City led 2-0 with one out.

"She was so determined, you could see it in her face," Friend said. "I knew as soon as the ball hit the bat, it was out."

Hannah Wells followed with a single, and Shae'lee Key walked. Wells later scored from second on an errant throw back to the circle to make it 3-0. Emma Welch and Berry walked to load the bases, and Peyton Hawkins looped a two-out single to center to score the final two runs.

The Cardinals had eight hits, including two apiece by Berry and Wells.

"A great game," Mustangs coach Heath Alumbaugh said. "Both teams were able to put a little pressure. Webb finds a way to break through in the sixth. Hats off to them for that."

McCall finished with eight strikeouts and six walks in 6 2/3 innings before Alexa Hopkins entered to strike out the final batter in the sixth.

"I don't know if (McCall) got tired," Alumbaugh said. "She's thrown a lot. She's used to that, but what I felt is they had great plate discipline. They really made her work in the sixth inning, and they found a way to get to her."

The Mustangs came up short in their bid for a third straight district title.

"There weren't a lot of people after what we lost (off last year's team) that thought we would be sitting at 21 wins except for the people who were right here tonight," Alumbaugh said. "Hats off to our girls and the work that they put in and the time they have committed to this program."