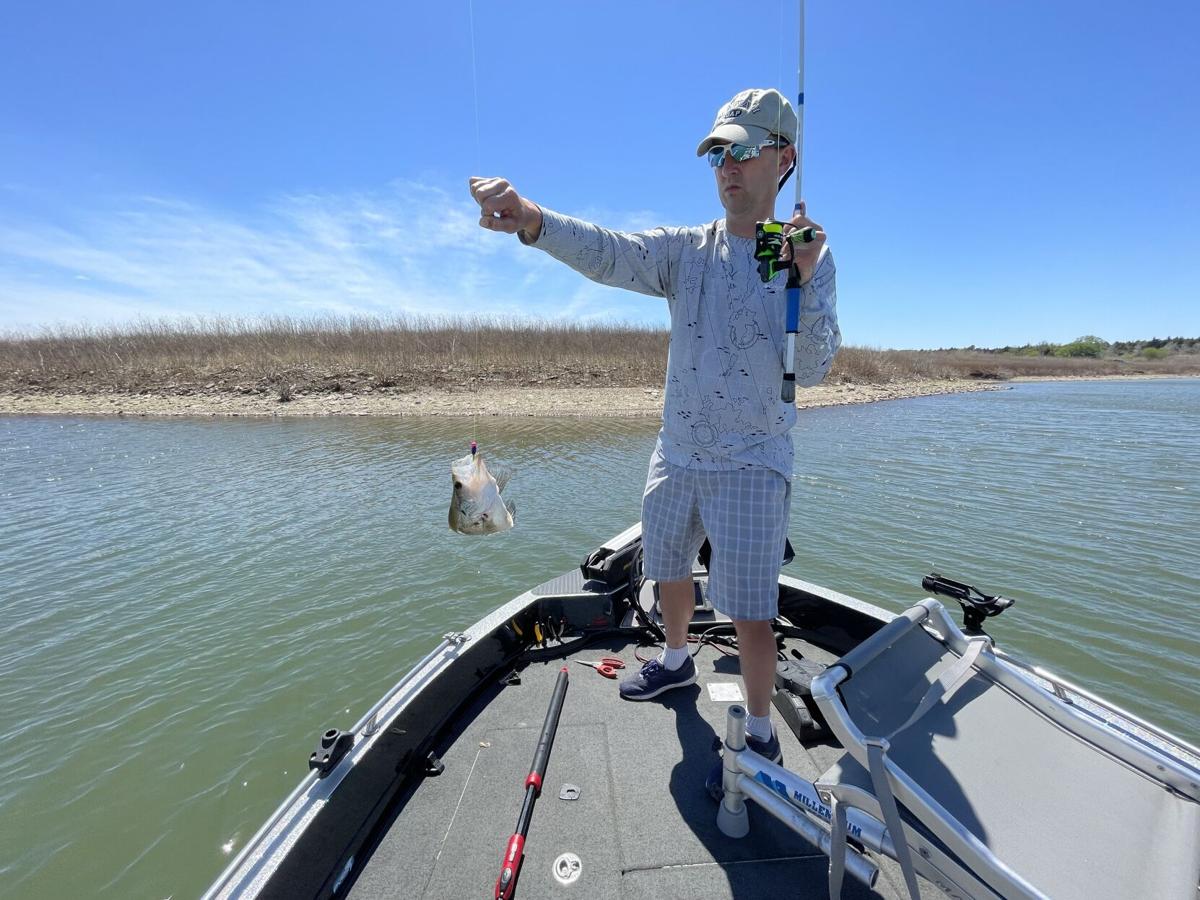 Frank Burwell shows off a crappie he landed at Milford Lake.Courtesy | Brent Frazee 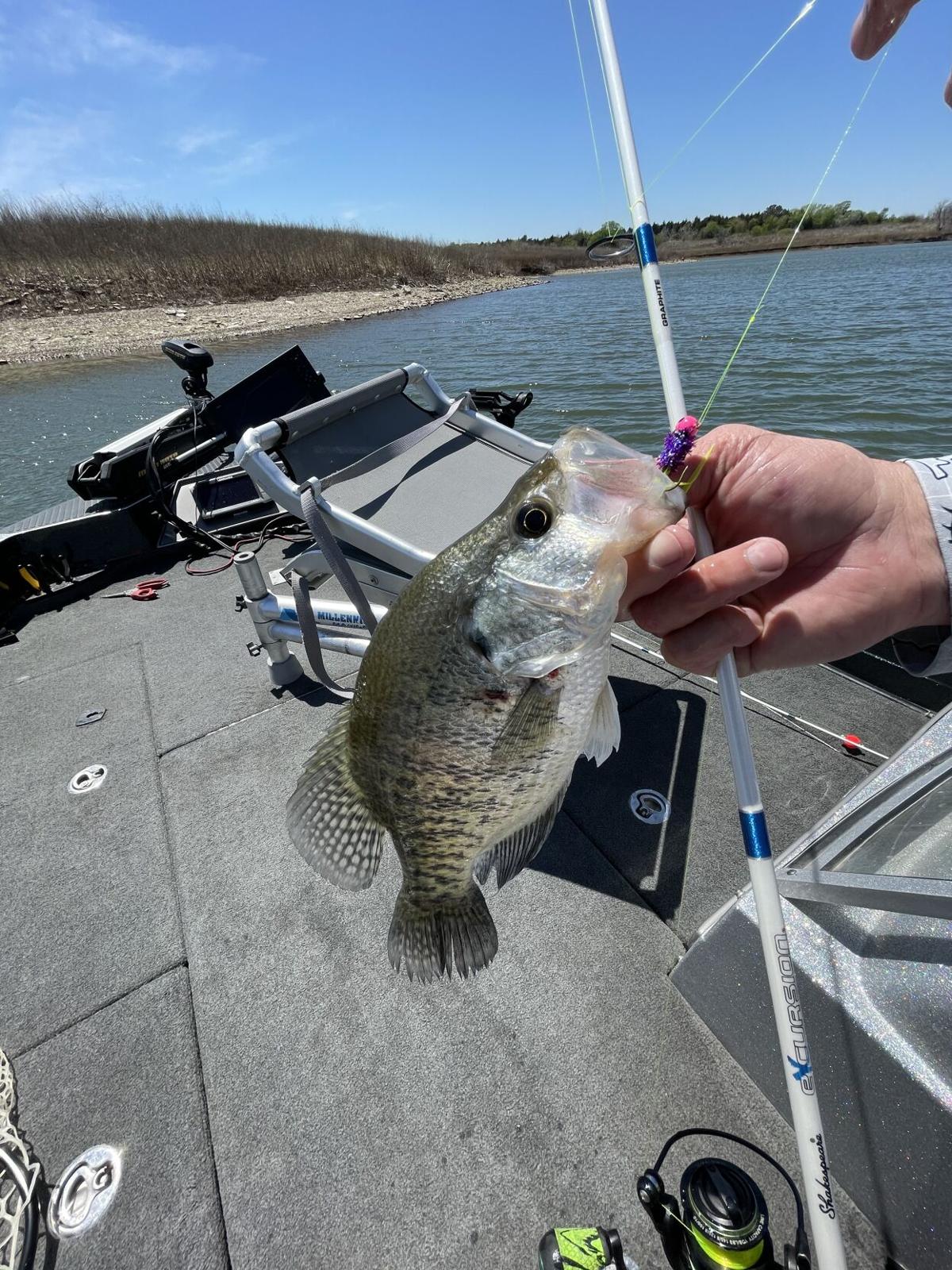 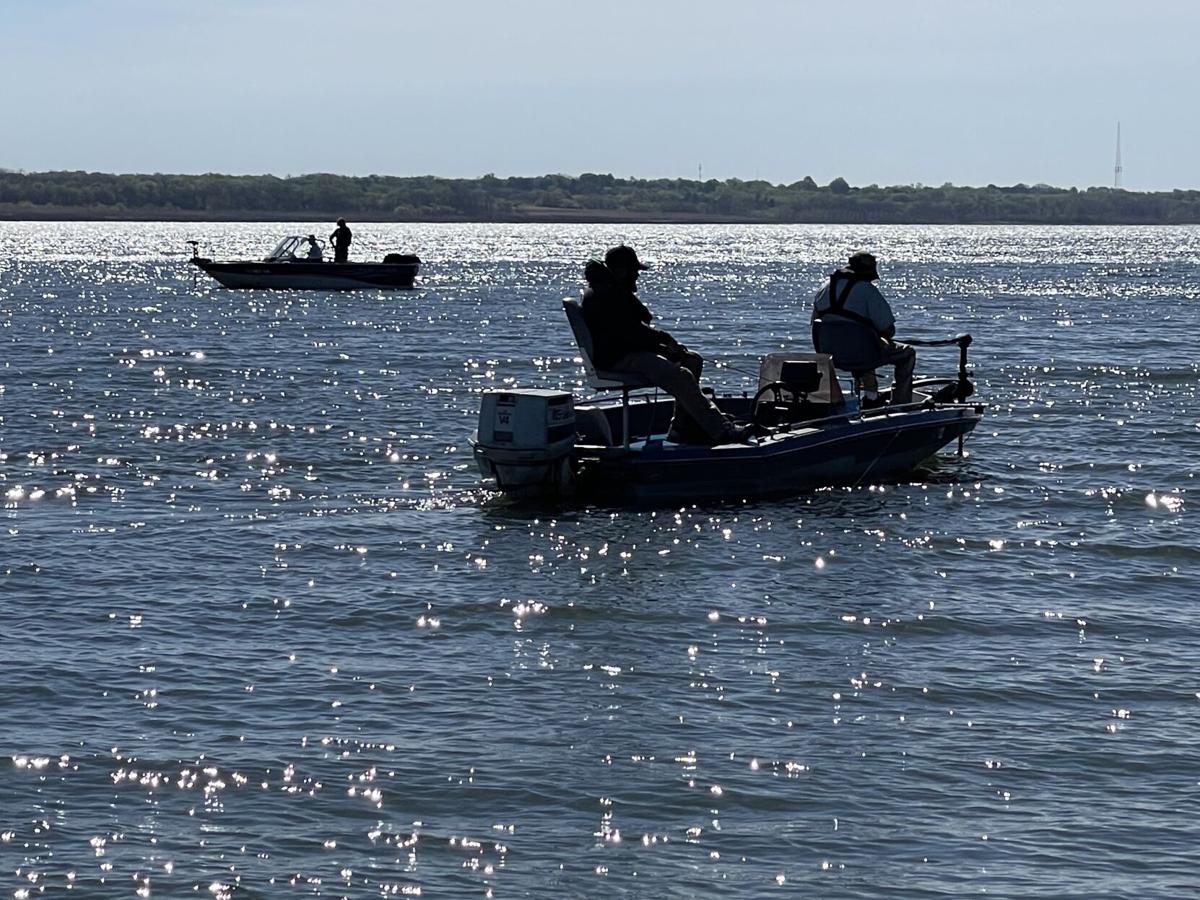 Milford Lake in Kansas often draws a crowd when the crappie move in to spawn. Courtesy | Brent Frazee 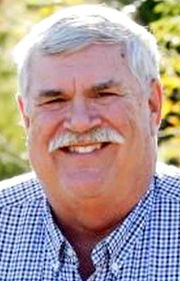 Frank Burwell shows off a crappie he landed at Milford Lake.Courtesy | Brent Frazee

Milford Lake in Kansas often draws a crowd when the crappie move in to spawn. Courtesy | Brent Frazee

It’s hard to get alone time on Kansas reservoirs in early May.

Coves are often filled with boats, rocky banks are lined with shore fishermen and parking spots at ramps are at a premium.

Yeah, the crappie spawn is perhaps the worst-kept secret in Kansas. When May arrives, the popular panfish are going to be in the shallows along spawning banks. And a crowd of fishermen is going to show up to greet them.

“It doesn’t take long for the word to get out,” Frank Burwell said as he pulled his boat into a cove on Milford Lake. “Once the crappies move in, they’ll draw a crowd. This is the time of the year that a lot of fishermen look forward to. They might get out only a few times a year, but they’ll be out during the crappie spawn.”

Milford draws a particularly large crowd because of its big fish and great numbers. But it is definitely not alone. Kansas has a reputation for its excellent crappie fishing because of its fertile water, good shad populations and outstanding spawning habitat. Reservoirs such as Perry, Clinton, Hillsdale, Pomona, El Dorado, Tuttle Creek, Melvern and others provide plenty of options for fishermen. Kansas is definitely not a one-stop wonder when it comes to crappie fishing.

“Kansas is underrated as a crappie-fishing state,” said Burwell, who lives in Phillipsburg, Kansas. “We have great numbers (of fish) and quality too. I’ve fished here (Milford) since the 1990s, and I’ve never seen the crappie fishing so good.”

Burwell knew where the fish were holding last Saturday. The problem was getting to them.

He set his trolling motor on spot-lock so that he would keep his boat just a long cast from the bank in a rocky cove. But every time he would cast his jig and bobber combination, a gust of wind would sweep it far off course.

Burwell and I made an adjustment and went to a 1/8-ounce jig head, and it was a game-changer. We were able to reach our desired targets, and the crappie were waiting. We began catching the fish we were after and a mix of other species — including walleye, smallmouth bass, white bass and catfish — as well.

“Fishing is a series of adjustments,” said Burwell, an occupational therapist. “No two days are alike.”

Burwell likes to fish with hair jigs, either tipped with a minnow or bare. Others use a variety of plastic baits to entice the crappie to bite.

Males, dressed in their black spawning colors, come in first. Females often hang in slightly deeper water for water temperatures to rise before they will join the males to spawn.

At Milford, that process is in its beginning stages. It often starts in late April and can continue into late May.

And the bite can differ according to the location on the reservoir, particularly on a large body of water such as Milford (which covers almost 16,000 acres).

Even then, there are plenty of opportunities in to catch crappie later in the season. Burwell enjoyed torrid fishing in the heat of summer last year.

“We had 100-fish days in summer last year,” he said. “I found massive schools of crappie in the timber in Curtis Creek with my LiveScope (a sonar unit that shows real-time images of fish) in 12 to 15 feet of water. They were everywhere.”

But it’s the spawn that most fishermen identify with crappie fishing. And there’s no doubt that’s off to a good start this year

Brent Frazee is an award-winning freelance writer from Parkville, Mo., a suburb of Kansas City. He can be reached by email at brentgonefishing@gmail.com. To view more of his work, go to his website, brentfrazee.com.