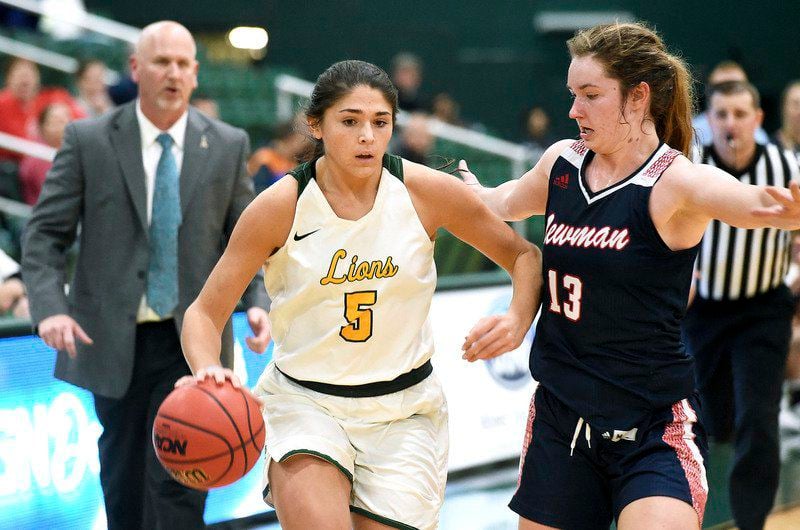 Missouri Southern's Layne Skiles (5) tries to get past Newman's Brooke Haney (13) as Southern Coach Ronnie Ressel looks on (13) during their game on Saturday at Leggett & Platt. Globe | Laurie Sisk 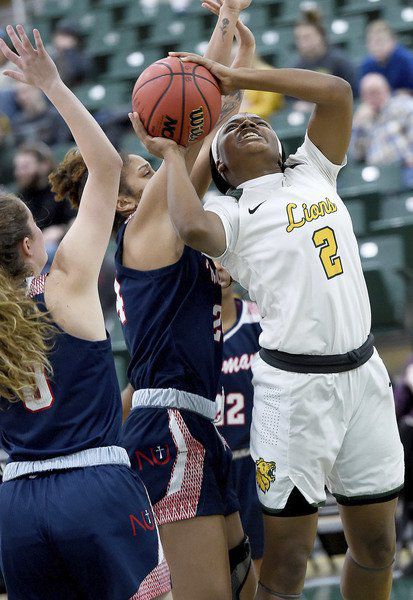 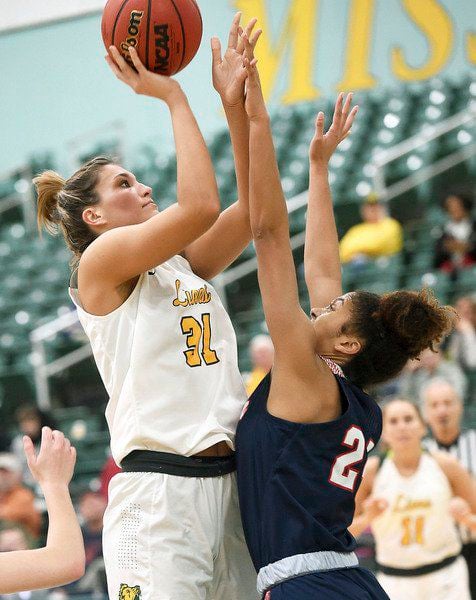 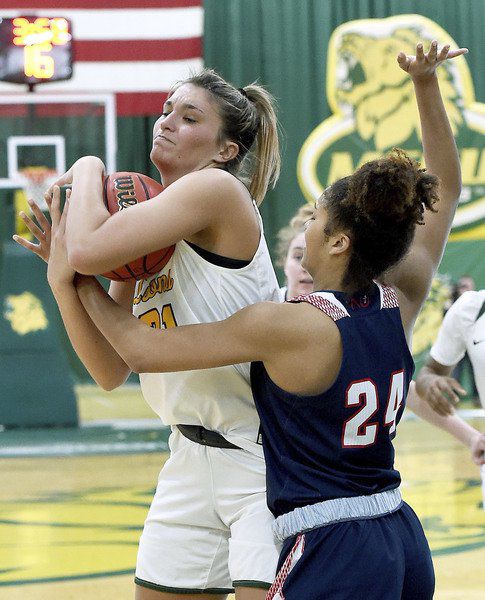 Missouri Southern's Madi Stokes (31) battles Newman's Faith Mason-Vestal (24) for a loose ball during the first half of their game on Saturday at Leggett & Platt. Globe | Laurie Sisk

Missouri Southern's Layne Skiles (5) tries to get past Newman's Brooke Haney (13) as Southern Coach Ronnie Ressel looks on (13) during their game on Saturday at Leggett & Platt. Globe | Laurie Sisk

Missouri Southern's Madi Stokes (31) battles Newman's Faith Mason-Vestal (24) for a loose ball during the first half of their game on Saturday at Leggett & Platt. Globe | Laurie Sisk

Like probably every basketball player, Amber Buch pictured herself shooting free throws with the game on the line.

But then the Lions struggled with turnovers for the first time all game, and the Jets climbed within 69-68 on Kaitlyn Potter's 3-pointer from about 30 feet with 33 seconds left.

Newman did not foul quickly on the ensuing possession, and the Lions worked the shot clock down to 2 seconds before Buch was fouled as she drove toward the basket. She calmly sank both shots for a 71-68 lead.

"Quite a bit growing up, I think that's what every little kid practices, down a couple or game is tied and you get to the line and it's all on you," Buch said. "In high school I've been in that situation, but this was my first time being on the big floor and it being on the line like that. It was fun.

"Free throws as a team are something we really work on. When it gets down to close games, you focus on making those. Going to the line, I actually was pretty confident. I knew it was something we needed. I just had to take a deep breath and knock them down."

"She is a kid who can step up and make free throws," Lions coach Ronnie Ressel said. "She's consistent 80-plus percent free throw shooter. I had a lot of confidence she was going to be able to knock them down."

Newman didn't get a good look at the basket on its last possession as Brooke Haney's desperation one-handed heave was off target and went out of bounds. Zoe Campbell added one free throw in the last second for the final margin.

The Lions capitalized on their advantage in size and strength to beat the Jets. Chasidee Owens led the way with 21 points and 10 rebounds, and MSSU's three post players combined for 29 points — 15 by Stokes, eight by Campbell and six by Schoenberger in five fourth-quarter minutes.

"Coming in we knew they were going to run a zone," Owens said. "So we practiced on it the past couple of days and knew we could attack the middle. Once we got it inside, it was easy for us."

The Lions dished out 20 assists on their 28 field goals. Destiny Cozart and Buch had five assists apiece, and Campbell had three.

"We did a great job offensively," Ressel said. "I thought our bigs did a great job of moving, cutting and seeing each other. Jo, Madi and Zoe all making that 15-footer when they backed up was huge. It's a big turnaround if we miss those wide-open jumpers.

"And Chas did a really good job of diving in and getting to the opening area and finishing around the rim. Or vise versa, the bigs would dive in and we'd get a bucket. We got a couple of back doors with Layne (Skiles) and getting layups. Offensively we did a lot of good things until those last five minutes."

The Lions had eight turnovers in the fourth quarter after making just six in the first 30 minutes.

"We went back to a little bit of a panic mode and getting the ball in as fast as we can, not understanding that we need to get set, execute our press offense like we did the first 35 minutes and we'd have no trouble, "Ressel said. "And they picked their pressure up and made some tough shots. I'm just so happy for our kids getting that win."

Owens made 7-of-14 field goals and all seven free throws for her 21 points, matching her season high.

"The last game I feel like I didn't help my team out at all," she said. "Last game I think I only took five shots. I wanted to come out aggressive and help the team win."

Potter popped in 22 points for the Jets, going 5-of-10 from long range and 8-of-16 overall. Brooke Haney and Amoni White added 12 and 10, respectively.