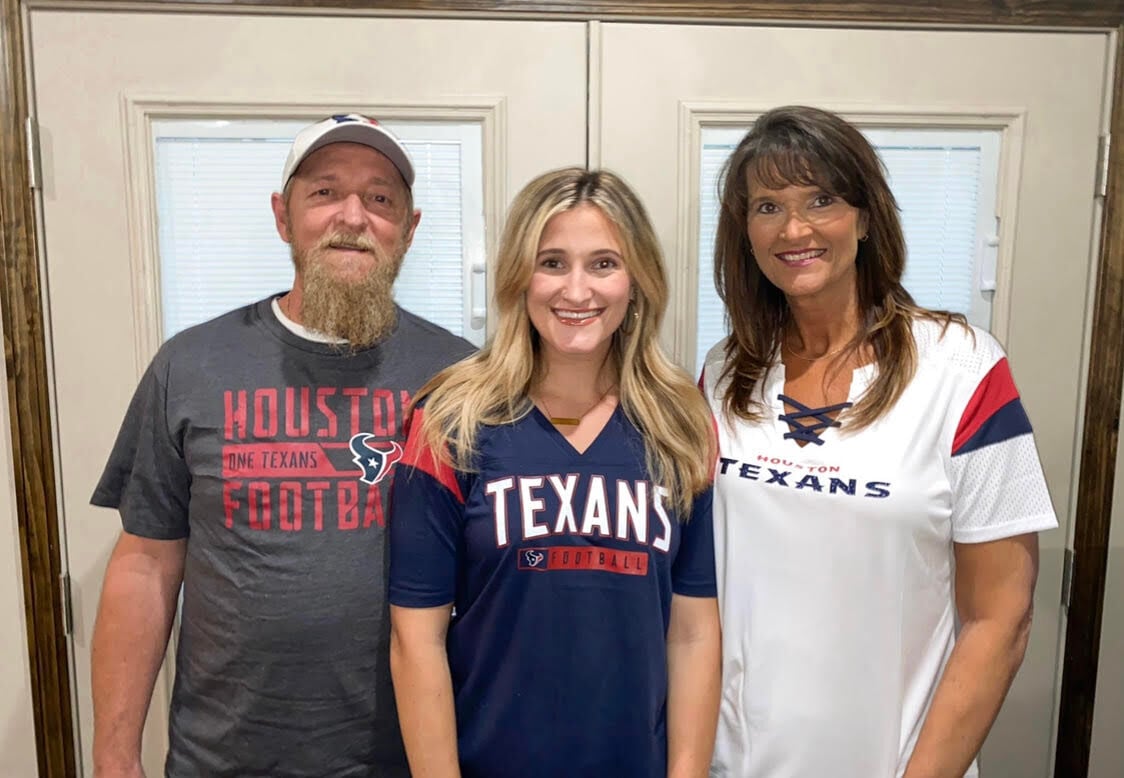 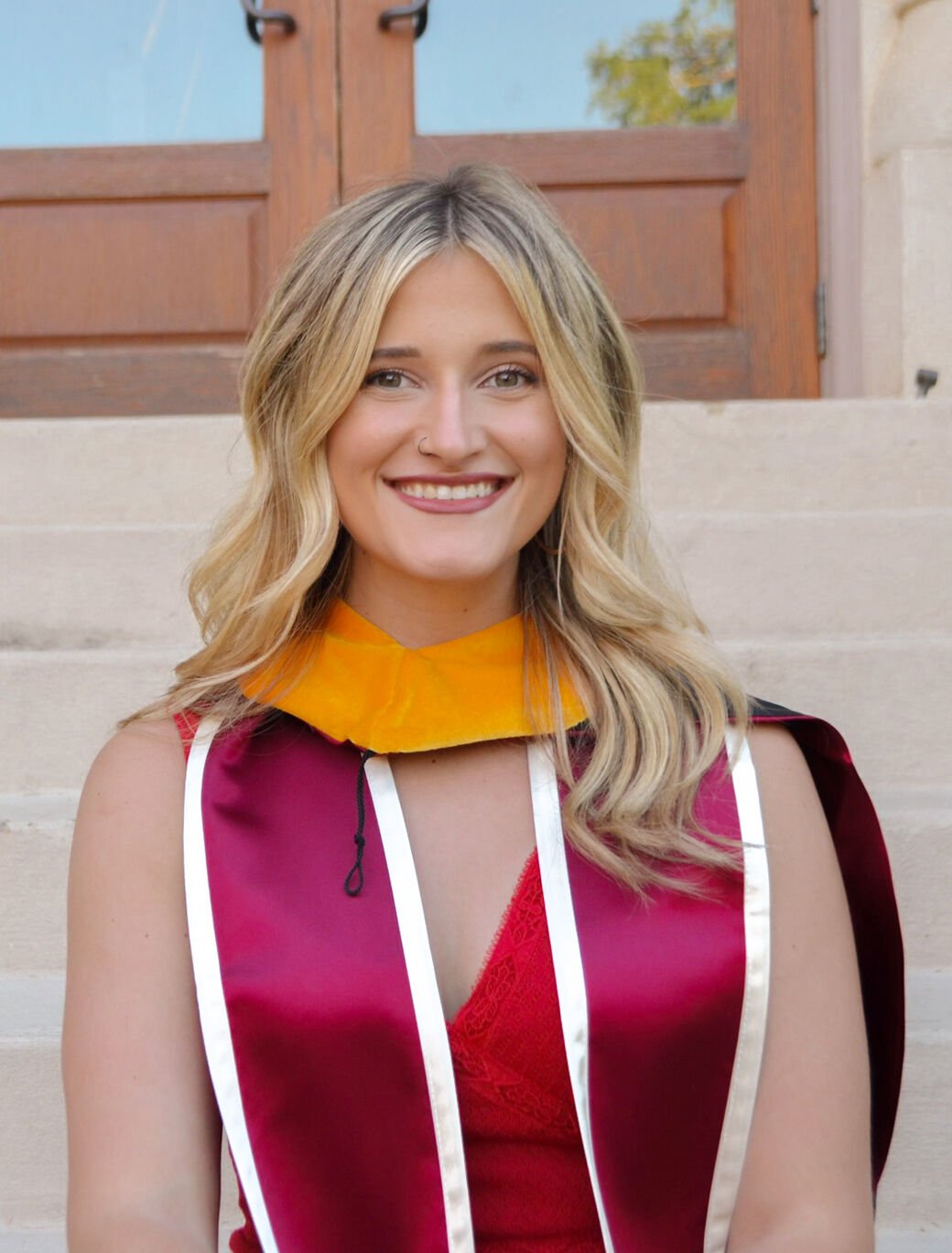 As a kid, the letters TD were in her alphabet.

Erin Psajdl was raised on football in Carl Junction. So much so that the 2016 Bulldog graduate and valedictorian envisioned herself someday working for a National Football League team.

That day came on June 1 when Psajdl officially started as a data analyst in the front office of the Houston Texans.

Psajdl’s dream became a reality. She made football her life.

“When I got the offer, I just couldn’t believe it,” Psajdl said. “I felt like in my head, I pictured little me going to football games and watching games just being fascinated by it. I loved the sport. I saw that little girl just watching football games and I pictured her knowing, ‘Oh, you are actually going to work for an NFL team.’

“It was a sense of everything coming full circle.”

Before she ever stepped foot in NRG Stadium in Houston, Psajdl started her college education at the University of Oklahoma where she had hopes and dreams of going into law school and working in sports contracting as an attorney.

But after she walked out of her first law class in undergraduate, Psajdl came to a realization.

“I just hated it,” she said. “I was like, ‘I’m not doing this.’ It was my dad (Brad) who was like, ‘You know Erin, I know you still want to be in sports.’ He suggested why not do analytics because I was always good at math.

“When I was in middle school, I was on the math team and math was always my strong suit. I liked it. I was good at it. He was like, ‘You already know you like that. Data is growing as an industry as a whole, especially in sports. Why don’t you consider doing that?’ My dad planted the seed.”

And the timing lined up perfectly.

One of her former professors, Daniel Larson, the director of sports, health and exercise data at OU, just started a sports data analytics program.

The rest is history.

Psajdl graduated with a master’s degree in sports data analytics in May. She also spent the spring interning with the NFL on the football data team and spent three months doing contract work for the league.

Interestingly enough, her master’s thesis was over fourth-down strategy in the NFL.

“I had a feeling that she was going to end up somewhere in the sports arena,” Brad said. “She has always been good at math. She has a photographic memory and I knew she really liked sports. Everything she has set her mind to, she has been able to accomplish. I just see big things for her future.”

Psajdl has numerous responsibilities involved with football analysis, as she hopes to work her way up the front office ladder. She does a lot of game preparation as she helps the Texans prepare for an opponent from a numbers’ standpoint.

Houston’s analytical department also receives a number of requests from coaches about various things, but Psajdl said the job mostly consists of scouting opposing teams from a statistical perspective.

Psajdl looks to bring a “new, fresh” perspective in an industry dominated by males. In fact during her interviews, she made it clear she didn’t play football growing up — only Powderpuff — but that’s what makes her so unique from someone who has the knowledge and played the game.

“I’m not set in any sort of old way,” she said. “I really immersed myself in it, but I bring a fresh perspective and ultimately I just want to help (the Texans) win some games. That’s what I’m most excited about when we actually start playing. If we’re in a situation, a play is going on and I see something happen and maybe I give a coach a report on that the week before and I see it happen in a game — that part is what I’m most excited about.

“I’m looking forward to making a difference and being a part of a team. I’m competitive. I played sports growing up, so I was always a part of a team and that was something I didn’t want to lose.”

Psajdl hopes her story serves as an inspiration to other women and younger girls looking to work in sports.

“I love being a woman in sports, and I hope someday it’s not an exception,” Psajdl said. “Girls who want to do anything in sports whether you’re playing, doing data analytics, marketing or reporting — don’t look at it as an additional barrier you have to overcome but being able to use your unique gifts, qualities and skill sets. It’s something you have as a woman that helps elevate you. I hope it becomes more common. It’s definitely possible and you can do just as good as men.”

“I couldn’t be any prouder,” Brad said. “She’s made her way into a male-dominated industry and is doing something that truly makes a difference for the team.”