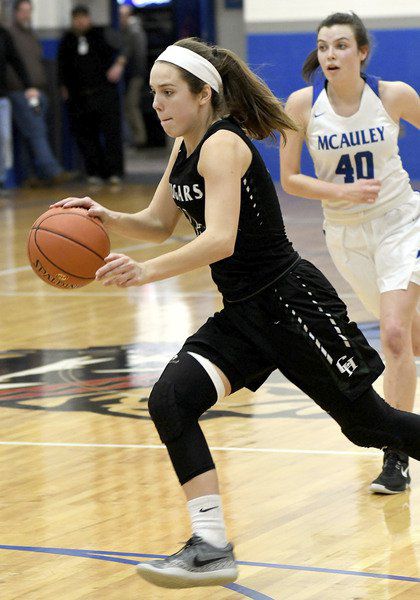 College Heights’ Grace Bishop has been named the Wendell Redden Girls Athlete of the Year by the Globe sports department. Globe FILE

College Heights’ Grace Bishop has been named the Wendell Redden Girls Athlete of the Year by the Globe sports department. 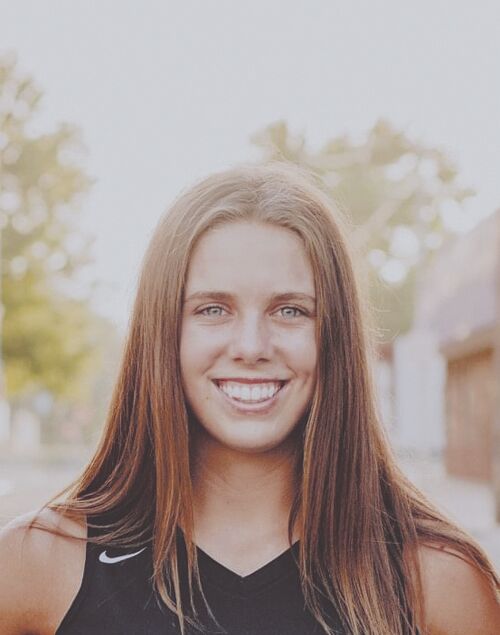 If there’s any sport, you can bet Grace Bishop will be playing.

Bishop, a senior, was a standout in cross country, basketball, soccer and track and field as she wrapped up one of the most decorated prep careers ever at College Heights Christian School.

“Grace is self-motivated and one of the truest competitors that you’ll find at the high school level,” Cougars cross country coach and athletics director Phillip Jordan said. “She just loves to compete, and she’s going to do what it takes to win.”

“She’s worked really hard to get to this point,” College Heights basketball coach John Blankenship said. “You know, soccer is actually her primary sport. Basketball is probably third in line for her in terms of what she’s passionate about. So to score over 1,000 points for her career, it says a lot about her skill level and ability as an athlete.”

Bishop was named co-player of the year on the Class 1 Region 3 girls soccer team, earned all-state honors in three sports and received first-team all-Ozark 7 Conference recognition in basketball. Not only that, she helped the Cougars to their first state titles in cross country and track and field in school history.

Parlaying her performances across so many sports, Bishop has been named the Wendell Redden Girls Athlete of the Year for the 2020-21 school year by the Globe sports staff. The award is named in honor of Redden, who was the Globe sports editor for 44 years before retiring in 1995.

Bishop’s phenomenal senior season started out in cross country as she won the Ozark 7 crown with a time of 20 minutes, 35 seconds. Her victory margin was 1:36 as she became a four-time conference champion — her freshman year in the Spring River Valley Conference and the last three years in the Ozark 7.

“I’ve known Grace since she was very young, and she’s clearly a great athlete and a great runner,” Jordan said. “She didn’t run in junior high. We were trying to build a girls cross country team at that time and didn’t have a full team. You’re just trying to find kids who aren’t in fall sports that you think could be successful. She was the first one who came to mind.

“When she finished just out of all-state her freshman year, we knew being all-state from her sophomore year on was a real possibility.”

In the winter, Bishop shifted her focus to basketball.

Bishop, a versatile guard and post, led the Cougars to an unblemished Ozark 7 title and a district runner-up finish. They lost to Greenfield 58-44 in the district final and finished with a 22-3 record.

“She was so consistent for us. She plays great defense,” Blankenship said. “She shoots the ball so well. She got out in transition and got some easy baskets for us. She was such a stabilizer on both ends of the floor for us.”

The spring was a balancing act for Bishop as she split time between track and soccer.

Bishop, who will play college soccer at John Brown University, was a standout forward on a McAuley Catholic/College Heights team that posted a 14-3 overall record and was a win shy of a district title.

She amassed 30 goals and dished out 11 assists in her senior season. Bishop recorded five hat tricks.

“Grace is one of those players every coach loves to have on the team,” soccer coach Michael Teeter said. “She’s hard-working, has a high game IQ and she’s a team leader. She continuously helps her teammates get better.

“We are excited for her to be able to continue playing the game she loves at John Brown.”

At state track, Bishop teamed up with Jayli Johnson, Lauren Ukena and Katie Moss to finish third in the 4x400 relay with a time of 4:22.14. She added a runner-up finish in the 3,200, running a 12:07.14 that was seven seconds faster than her seed time.

“She’s a true competitor,” Cougars track coach Daniel Lewis said. “It didn’t matter what the conditions were, she gave 100%. Her work ethic and attitude were a blessing for this team. As a two-year captain, she always put the team first and that tradition of team over individual has and will continue to make us a competitive team.”

“Grace is one of those athletes you get just once in a while,” Jordan said. “And you appreciate it when you have them.”

Wendell Redden Athletes of the Year