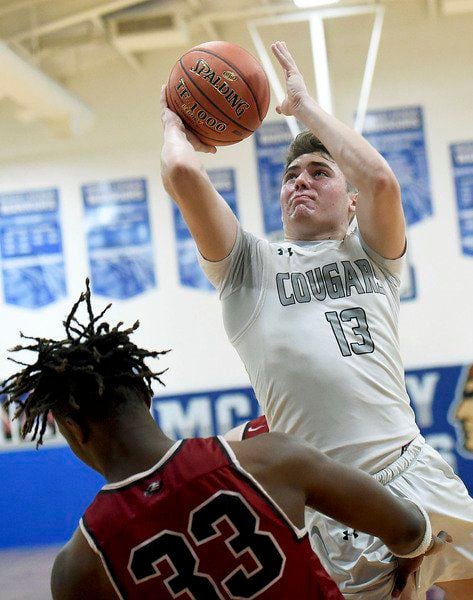 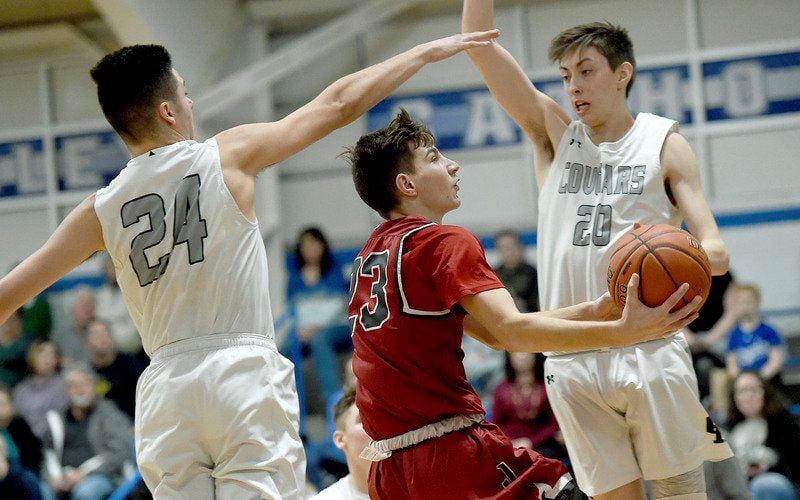 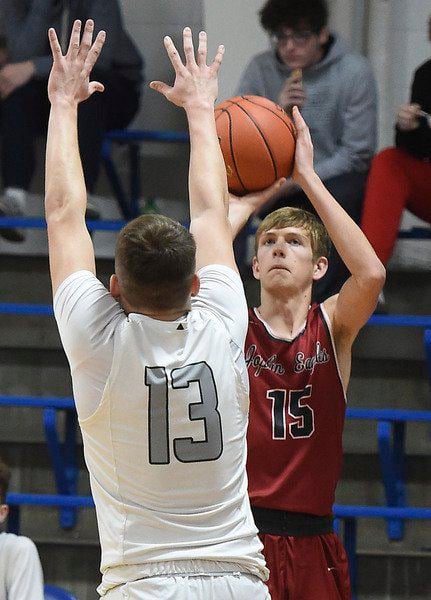 Joplin JV's Micah Bruggeman (15) shoots from the perimeter as College Heights' Jacob Bogar (13) defends during the championship game at the McAuley Warrior Classic on Saturday at McAuley. Globe | Laurie Sisk 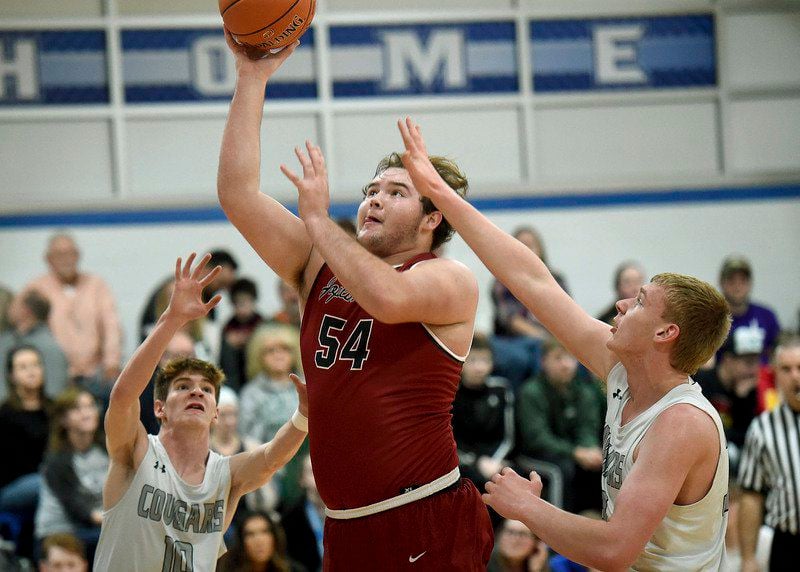 Joplin JV's Micah Bruggeman (15) shoots from the perimeter as College Heights' Jacob Bogar (13) defends during the championship game at the McAuley Warrior Classic on Saturday at McAuley. Globe | Laurie Sisk

When crunch time arrived, and with a tourney championship up for grabs, the College Heights Christian Cougars rose to the occasion.

College Heights made just enough winning plays down the stretch to earn a 58-55 win over Joplin’s junior varsity squad on Saturday night in the boys championship game of the Mercy Warrior Classic at McAuley Catholic High School.

With a key 3-pointer, four clutch free throws and just enough defensive stops late in the game, the Cougars were able to hold off the Eagles.

“We figured it would be a hard-fought and physical game, and it was,” College Heights coach Eric Johnson said. “And we knew we would have to play well to win this one. For the majority of the game, I thought we did a good job. When we executed our offense, we were successful. I was real pleased with how we finished.”

“We knew it would be close,” Joplin coach James Spencer said. “They have some guys who can shoot it and attack the basket. They did a good job of that. I knew if we defended and rebounded we had a chance. I thought we did a good job of executing.”

This one was close all the way.

A 3-pointer from Bogar gave College Heights a 31-29 lead at intermission.

The Eagles closed the third quarter on a 9-2 run, as Kaian Roberts-Day scored three hoops in the paint and LT Atherton drilled a 3-pointer, giving Joplin a 43-42 advantage.

The Cougars took the lead right away in the fourth quarter on baskets from Long and Davenport, but Alex Curry’s hoop inside cut Joplin’s deficit to one with 2:40 remaining.

Long connected on a key 3-pointer from the corner before Joplin’s Campbell scored in transition, keeping it a one-possession game. After both teams had empty possessions, Long hit two free throws with 44 seconds left to give CHC a 56-52 lead.

“Miller hit a big 3-pointer, and he’s done that all year,” Johnson said. “We have a lot of confidence in him. And Connor really stepped up and hit some big free throws.”

“It’s always nice to win a tournament,” Johnson added. “And McAuley always does a good job with this event. It’s always a good tournament for us.”

Spencer noted he was proud of his team’s effort in what was a busy week for the Eagles.

“We had five games this week, so we’re definitely tired,” Spencer said. “Our guys battled in every game. I feel real good about that. They fought through some adversity this week.”

Kellenberger led the Cavaliers with 20 points, while Brock Conklin added 12.

Wagner scored 17 and Matthew Dohmen added 14 for the Warriors.