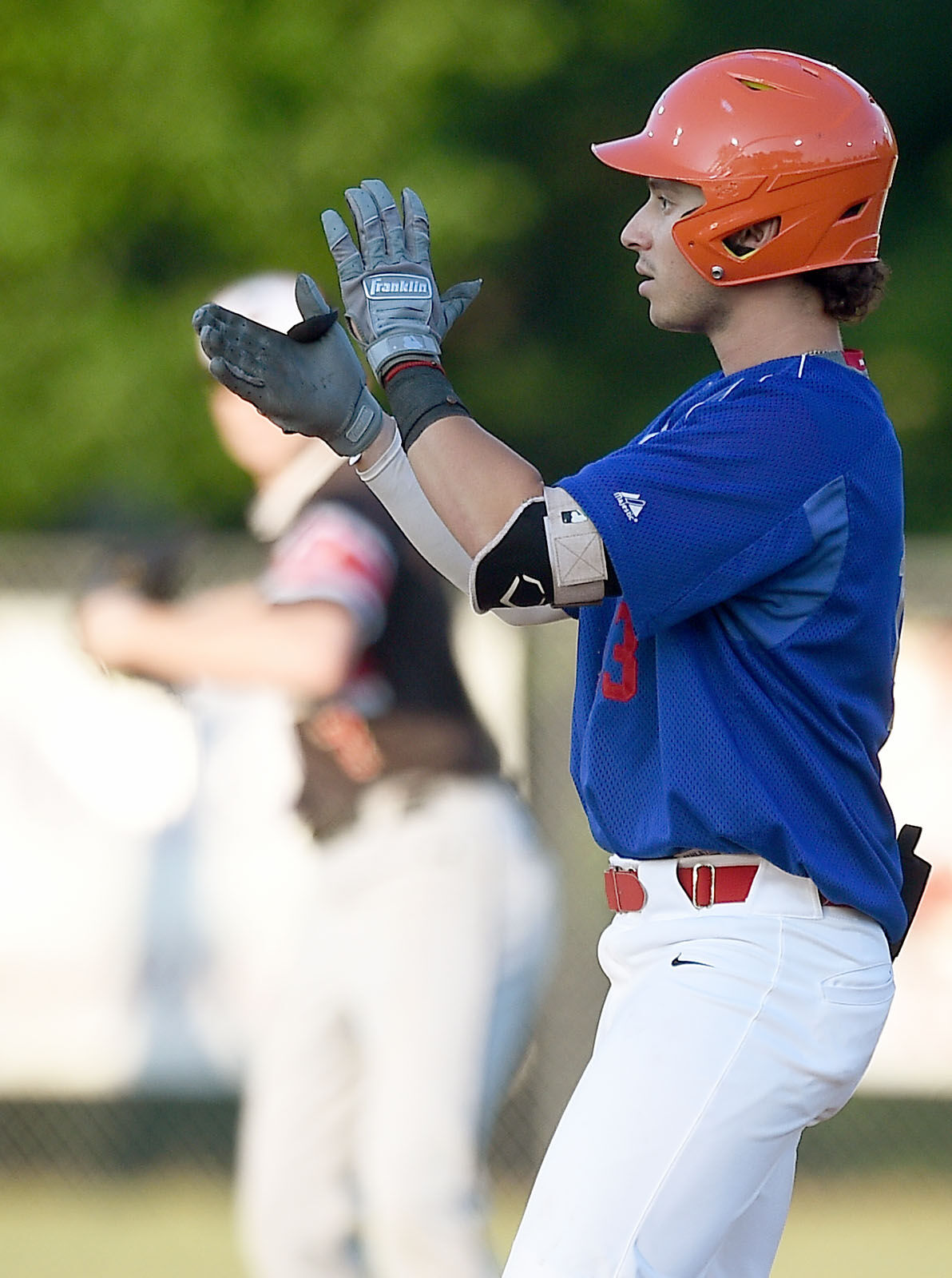 Nevada’s Jesse Fonteboa celebrates a double during the Griffons’ game against the Outlaws on Tuesday night at Nevada.Globe | Laurie Sisk 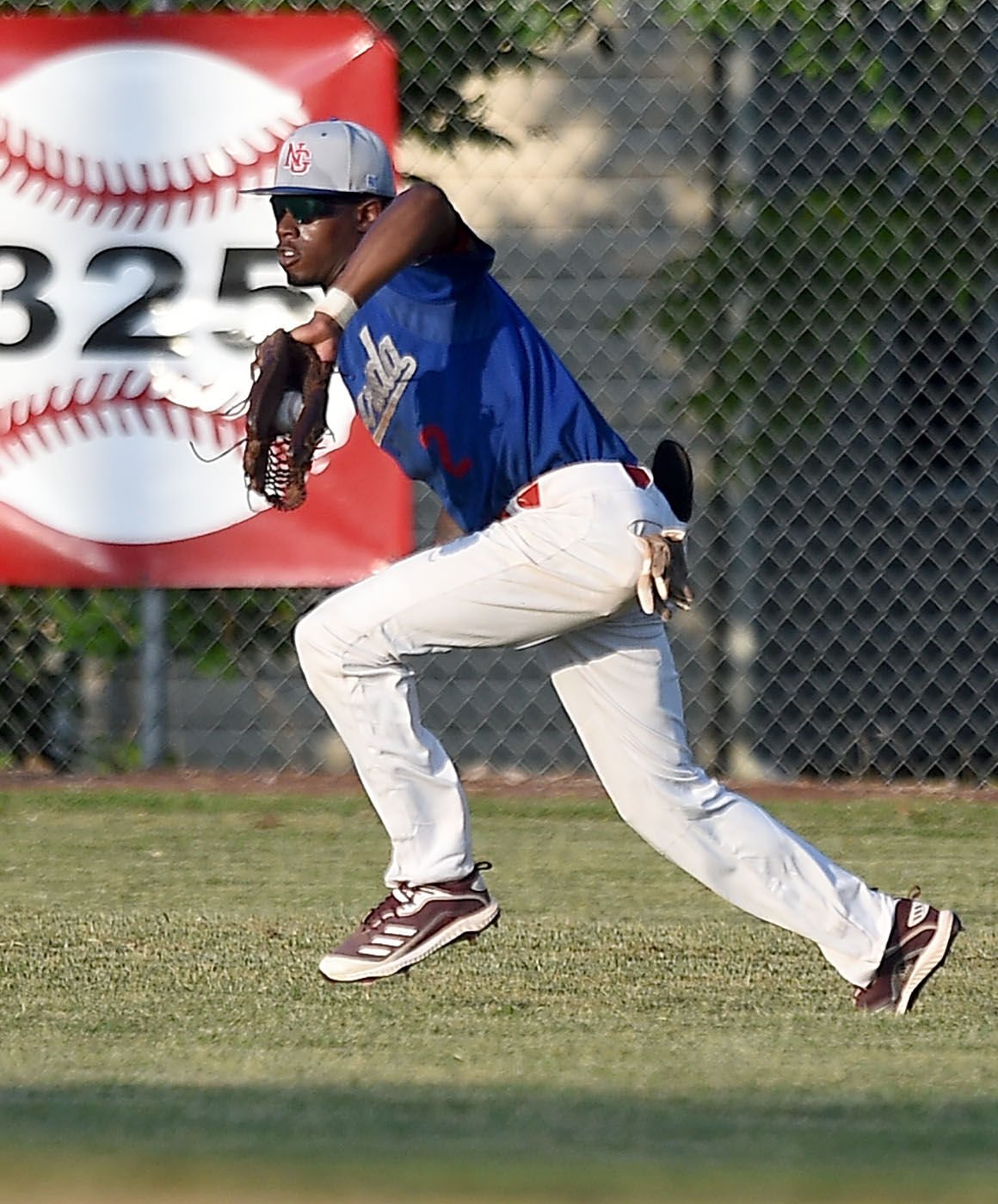 Nevada outfielder Bryland Skinner tracks down a long flyball during the Griffons game against the Outlaws on Tuesday night at Nevada.

Nevada’s Jesse Fonteboa celebrates a double during the Griffons’ game against the Outlaws on Tuesday night at Nevada.Globe | Laurie Sisk

Nevada outfielder Bryland Skinner tracks down a long flyball during the Griffons game against the Outlaws on Tuesday night at Nevada.

The new face of Nevada Griffons baseball is a gentleman with a big-league resume.

Jason Jacome, who replaced former Griffons manager Will Loza, was hired by the organization on Oct. 9, 2019. He was selected by the New York Mets in the 12th round of the 1991 draft and his major-league career spanned five seasons (1994-1998) with three clubs (Mets, Kansas City Royals and Cleveland Indians).

A native of Tulsa, Jacome currently serves as an assistant coach at Pima Community College in Tucson, Arizona.

With the MINK League making its return this summer following COVID-19, Nevada is off to a 3-3 start entering Wednesday night’s game at Jefferson City.

“I’m really excited that these guys are getting a chance to play this summer,” Jacome said. “Some of the guys from California had a shortened season, so they are probably in midseason form right now. Everybody is just happy to be out here and playing. The guys have all gelled together nicely. We have a good group of guys. They are all excited to be here and excited to be playing.”

Nevada’s 2021 roster was recently completed by Jacome and assistant coach Brian Daly, and it’s a diverse one with 23 players representing colleges from eight states.

The Griffons have eight players from California schools, as well as three from Arizona and Missouri, two apiece from Texas and Nevada and one apiece from Washington, Wisconsin and Mississippi.

Nevada’s 23-man roster concludes with a player from overseas in Australia.

“I like that the guys are all spread out within the country,” Jacome said. “A lot of teams in this league have a lot of local players around Missouri. Our guys are from all over the place. They are a good group of guys. They are all coming together and them getting along right off the get-go has been a plus.”

Cameron Saso leads the team with a batting average of .400 (6-for-15). Alec Telles tops the power department with two long balls (both in one game), while Jesse Fonteboa paces the squad with seven runs driven in.

As far as pitching, the Griffons have been led by reliever Sebastian Kirchner, who has fanned an impressive 15 batters in his first three appearances. He hasn’t allowed a run through seven innings.

“They are good fighters,” Jacome said. “We went out and got no-hit one game, but ever since then, they have been fighting hard and putting the bat on the ball. They are playing well defensively and we have gotten good pitching.”

Nevada is represented locally by Missouri Southern pitcher Chase Beiter, who has led off and played second base for the Griffons. Pittsburg State catcher Braeden Hinton, who is from Nevada, is getting the chance to play in his own backyard this summer.

Nevada resumes play at the Chillicothe Mudcats at 7 p.m. on Friday from Shaffer Park.

“It’s been a group-effort, team-effort so far,” Jacome said. “I wouldn’t single one guy out. We are playing as a team and trying to win ball games as a team.”