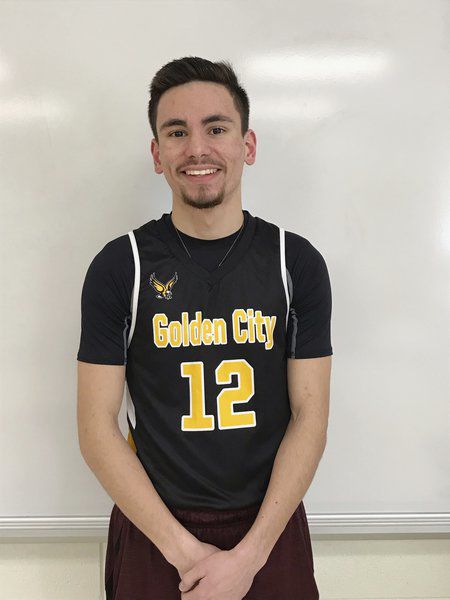 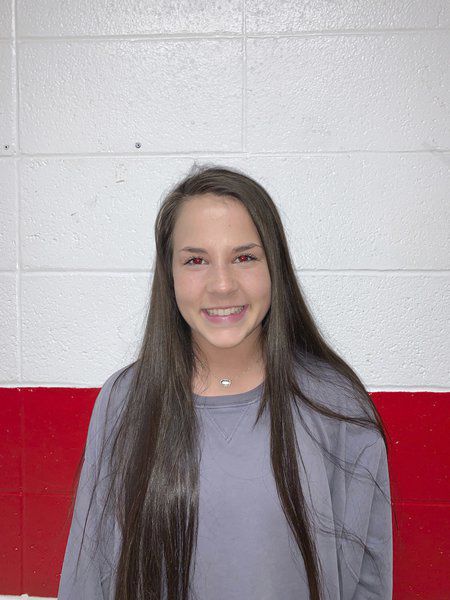 For their standout performances in postseason basketball games, Miller’s Claudia Hadlock and Golden City’s Chain Parrill have been named the Globe’s athletes of the week for the week ending March 7.

A 5-foot-6 sophomore guard, Hadlock scored a game-high 22 points as Miller defeated Crest Ridge 51-30 on March 4 in a Class 2 sectional in Sedalia.

“She stepped up huge for us,” Miller coach Hannah Wilkerson said. “She only had five points at halftime, but she stayed patient. Claudia did what she does best. She knocked down big shots for us.”

Hadlock scored a team-high 13 points in her team’s season-ending 51-41 loss to East Buchanan in the quarterfinals on March 7.

“She was attacking and getting to the free throw line,” Wilkerson said.

Hadlock averaged 14 points, five assists and five steals per game for the Cardinals (25-6).

“She tries her best to do what it takes to win,” Wilkerson said. “She’s a true point guard who can score in huge numbers if she needs to. Her basketball IQ is her best asset. She’s a great all-around player, and she has great teammates around her.”

A junior sharpshooter, Parrill poured in 27 points in his team’s 72-42 win over Green Ridge in a Class 1 quarterfinal on March 1 at Southwest Baptist University.

Parrill hit six 3-pointers in the win, which propelled Golden City to its first Final Four berth since 1997.

“Chain was Chain,” Golden City coach Michael Reeves said. “He was 1-of-7 on 3-pointers in the first half, but he didn’t let that affect him. He was 5-for-6 from 3 in the second half. Chain has a shooter’s mentality. He has a swagger that’s unmatched on our team, and he’s ready to battle in every game.”

Parrill also scored 14 points in Golden City’s 77-43 win over Rich Hill in the sectional round on March 3.

Before the state semifinals, Parrill was averaging 17 points per game.

All season long, Arlo Stump, Lane Dunlap and Parrill were a stellar trio for the Eagles, who finished the season with a record of 27-3 after a semifinal loss to St. Elizabeth at JQH Arena.

“It’s a three-headed monster for us,” Reeves said. “In Class 1, it’s tough to stop three kids who can score. When one of them is off, the other two are usually on.”

COACHES CAN NOMINATE athletes of the week by emailing sports@joplinglobe.com before 5 p.m. Wednesday. Awards on March 22 will be based on performances from March 9-14.