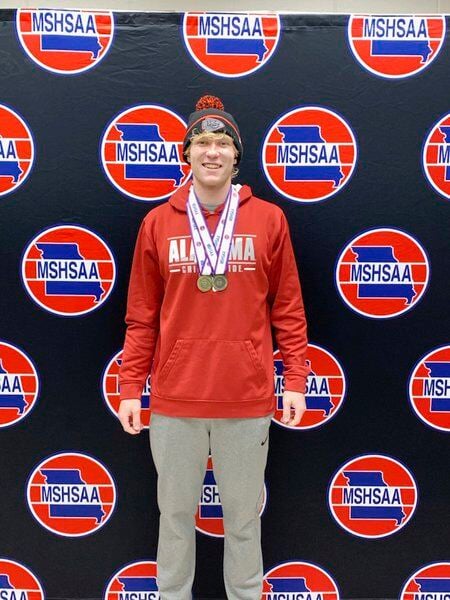 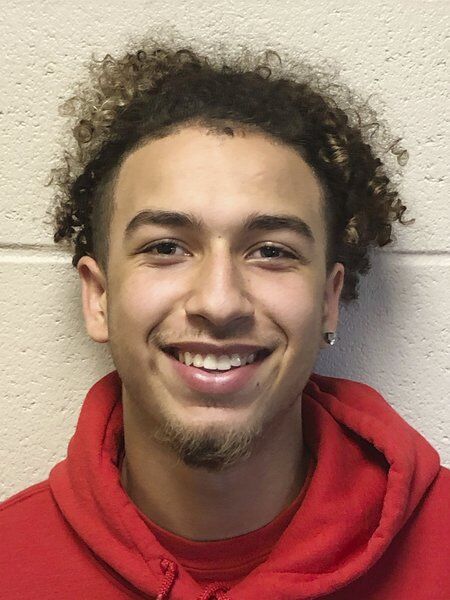 Nevada swimmer Ben Hines and Webb City football player Cohl Vaden have been named the Globe’s athletes of the week for the week ending Nov. 14.

No girls athlete was honored because the girls sports were between the fall and winter seasons.

Hines, a senior, capped his career with two first-place performances in the MSHSAA Swimming and Diving Championships on Nov. 14 in St. Peters.

In the Class 1 meet, Hines, an Alabama recruit, won the 50-yard freestyle for the third consecutive year and the 100 butterfly for the first time. Those gave him six championships total — two in each of the last three years.

“Ben has a certain way of handling himself at the pool, how he prepares himself for races,” Tigers coach Clayton Wheeler said. “Ben showed up at state, and he operated in what a lot of people see as the Ben Hines fashion. He was focused, and he got up to the blocks and showed he was definitely ready to go.

“It was a good finish to his senior year, getting two wins. He was a little tired, but overall he did a great job.”

Vaden, a junior, did a little bit of everything in Webb City’s 42-21 victory at Carthage on Nov. 13 for the Class 5 District 6 championship.

He scored two touchdowns, one on a 37-yard reception midway through the second quarter and the other on a nine-yard run on his first carry of the season with 4:31 left in the game. He made two solo tackles, returned a kickoff nine yards, and in one of the game’s biggest plays, he recovered a muffed punt late in the first half that set up a touchdown that gave the Cardinals a 28-7 halftime lead.

“He’s that Swiss army knife man. He does a little bit of everything all the time,” Cardinals coach John Roderique said. “He plays receiver, plays corner, but he also returns punts and kickoffs. He has a really high athletic IQ. If you just put him out there at corner he’s going to make plays. As a receiver he knows how to get to the open spot or run by somebody when he needs to. He’s a really smart player on the field.

“As a receiver, he doesn’t have very many catches, but the ones he has are big. You go back to last year, he made some huge plays down the stretch. And the same thing on the defensive side. He’s a real important part of our football team.”

COACHES CAN NOMINATE athletes of the week by emailing sports@joplinglobe before 5 p.m. Wednesday. Please attach a closeup head and shoulders shot of the athlete to the email. Awards on Nov. 29 will be based on performances from Nov. 16-21.