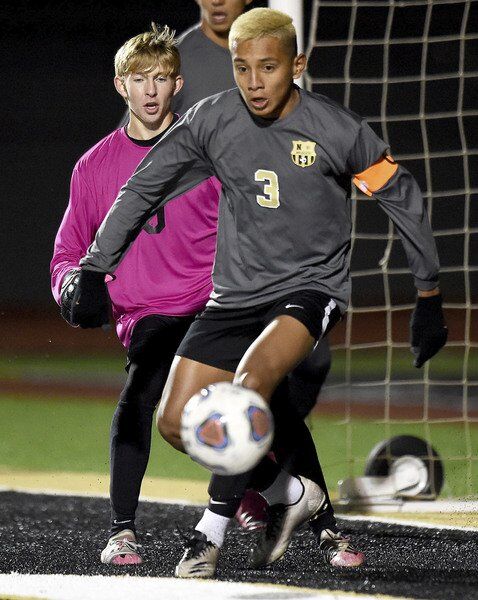 Neosho's Carlos Hernandez (3) looks to clear the ball as goal keeper Kayden Wood (0) looks on during their state quarterfinal match against Glendale on Tuesday night at NHS. Globe | Laurie Sisk 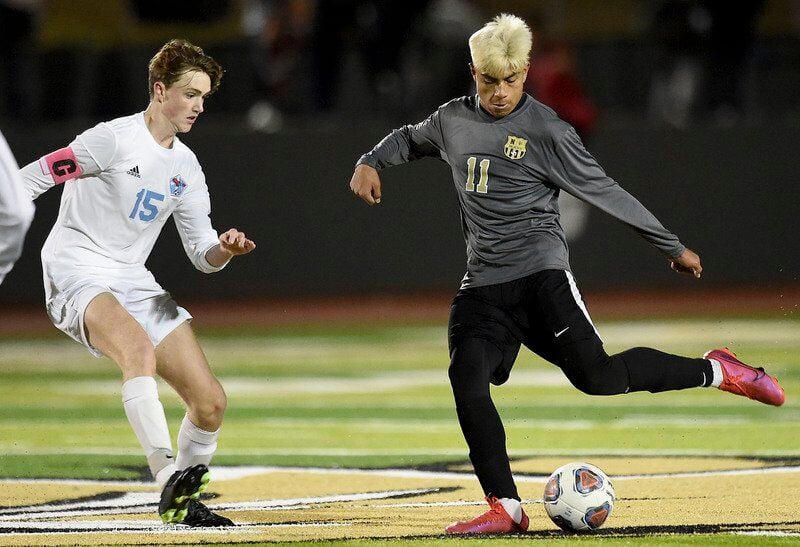 Neosho's Alberto Robiedo (11) gets a shot off as Glendale's Alex Spence (15) defends during their state quarterfinal match on Tuesday night at NHS. Globe | Laurie Sisk 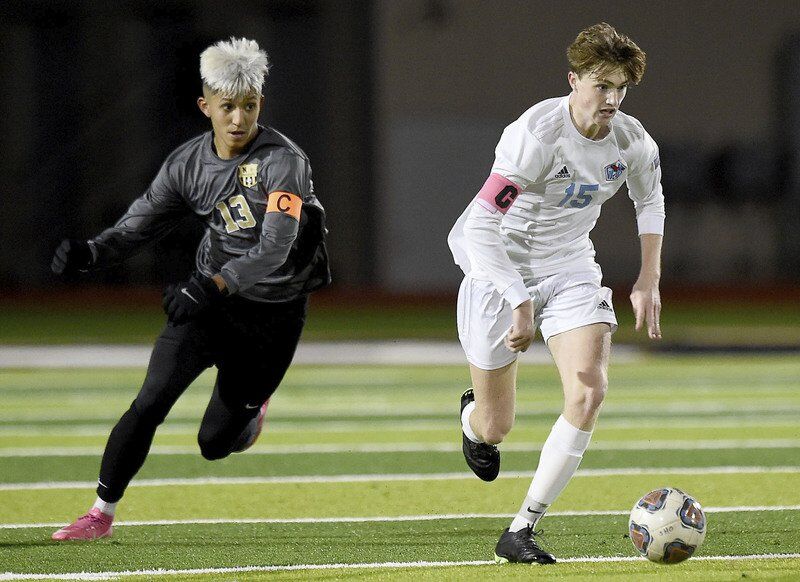 Neosho's Diego Vargas (13) tries to catch up to Gelndale's Alex Spence (15) during their state quarterfinal match against Glendale on Tuesday night at NHS. Globe | Laurie Sisk 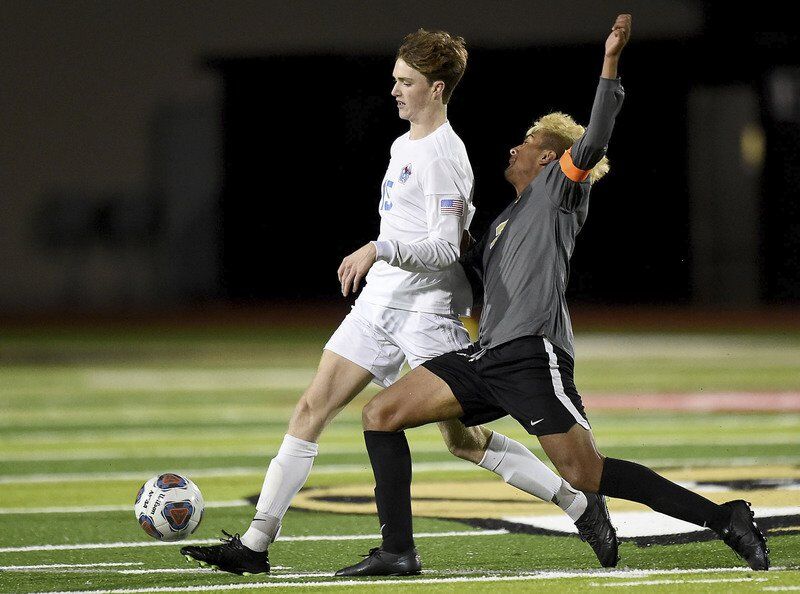 Neosho's Carlos Hernandez (3) looks to clear the ball as goal keeper Kayden Wood (0) looks on during their state quarterfinal match against Glendale on Tuesday night at NHS. Globe | Laurie Sisk

Neosho's Alberto Robiedo (11) gets a shot off as Glendale's Alex Spence (15) defends during their state quarterfinal match on Tuesday night at NHS. Globe | Laurie Sisk

Neosho's Diego Vargas (13) tries to catch up to Gelndale's Alex Spence (15) during their state quarterfinal match against Glendale on Tuesday night at NHS. Globe | Laurie Sisk

NEOSHO, Mo. — It’s not the ending they were hoping for, but Neosho’s 11 seniors can certainly hold their heads high with what they accomplished over four years.

And for good reason.

Neosho (19-2) put together one of its best seasons in program history in terms of wins and losses. The seniors helped the Wildcats to four consecutive district titles and four trips to the state playoffs, and they capped off their run with a Central Ozark Conference title.

That had never been done in Neosho soccer history.

“This program is really in debt to them, and I don’t think we will ever repay them,” Neosho coach James Carter said. “They just gave us so much. They have really set the standard and placed an emphasis on our year this year ending with only two losses. I told them they set the standard for what this program can do.

“I told them when they look back on the regular season we put together — it’s one for the record books, for sure.”

In a battle of two of the top teams in Class 3, Neosho’s bid at a second straight final four appearance fell short in a 3-1 loss to Glendale (17-4) on Tuesday night at Bob Anderson Stadium. It snapped a 16-game winning streak for the Wildcats that dates back to Sept. 11.

“We played hard, and I really thought we played well,” Neosho coach James Carter said. “I thought we played our style of play until the very end. If you are going to go out in the last game of the year, that is the way you want to go out: attacking and possessing. To sum it up, they scored on the chances they got, and that is what the game came down to. Tough to lose, but I told them, ‘One team ends state in a win, and everyone else ends in a loss.’ You are either going to (lose) or you are going to win a state championship. Credit to them. They put the chances away, which was the difference.”

“I thought our kids won every aspect of the game out there as far as all the corner kicks and all the restarts,” Rogers said. “We knew they had a high-offensive type team, but we were well prepared and I don’t think there is any doubt who the better team was tonight. I just enjoyed watching the kids play.”

Glendale had the edge in time of possession early with two shots on goal over the game’s first 10 minutes of play. Neosho started gaining traction offensively with a pair of shots in the following 10 minutes, but the game remained scoreless midway through the first half.

In the 28th minute, Glendale’s Andrei Balanean cashed in on a free kick from 18 yards out, which found the back of the net for a 1-0 lead.

The Wildcats collected two shots on goal to close out the half — both from sophomore Juan Perez — but the Falcons held a 1-0 halftime lead.

Glendale moved in front 2-0 in the 53rd minute, when Alex Spence set up Haiden Casper for a goal. The Falcons put the nail in the coffin thanks to a kick from Charlie Raridon that found the back of the net in the 65th minute.

After Neosho got on the board with a goal from Vance Montgomery in the closing minute, the clock ticked down to zero, and Glendale secured its spot in the final four — the program’s fourth appearance since 2013.

“We are playing our best soccer right now, and I’m just happy for the kids,” Rogers said. “This is who we are. We expect to be in these games. This is our seventh final four. Our kids are used to playing high-level competition, and we are peaking at the right time. We came in here and there was no way we felt like the underdog. Our kids stepped up and played that way.”

Glendale hosts Fort Zumwalt South (21-4) on Saturday with the start time to be announced.

But Carter is ultimately proud of what Neosho accomplished over the course of this season.

“Props to them because they showed up every day against teams we should beat and teams we shouldn’t beat and played some great soccer,” Carter said. “It’s important to play well in the playoffs and get hot in the playoffs, but if you look back at the regular season, to be that good consistently every game is incredibly hard to do. This is a great season to look back on.”