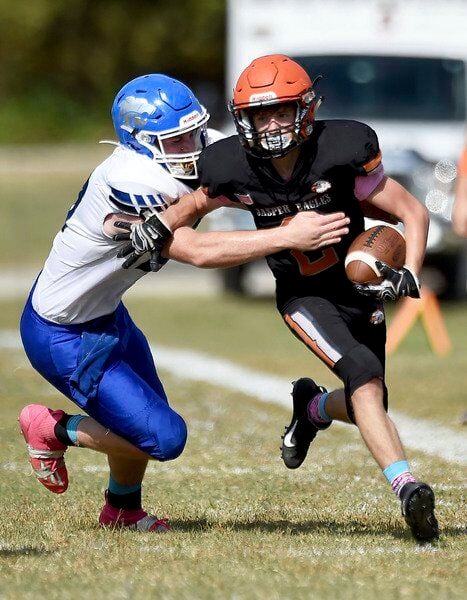 Jasper's Cody Flenniken (2) tries to get past Southwest Livingston's Jaeden Sears (40) during their game on Saturday at JHS. Globe | Laurie Sisk 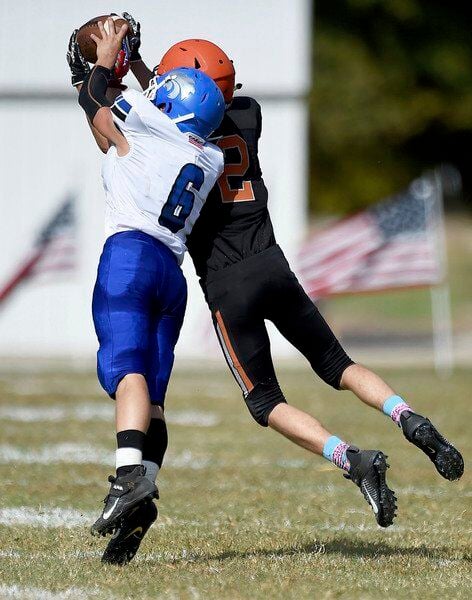 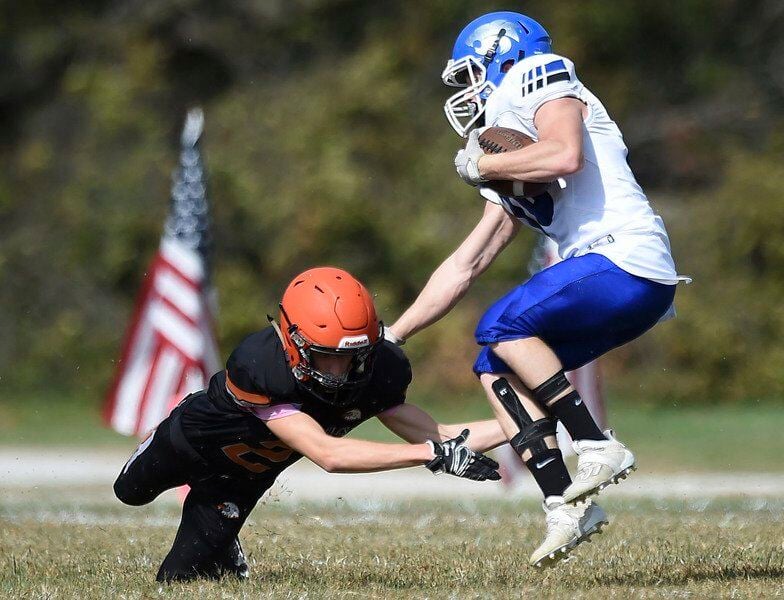 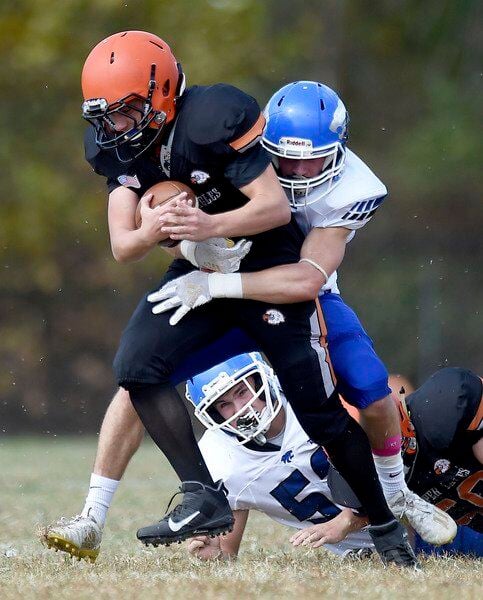 Jasper's Cody Flenniken (2) tries to get past Southwest Livingston's Jaeden Sears (40) during their game on Saturday at JHS. Globe | Laurie Sisk

JASPER, Mo. — It was a regular-season matchup that wasn’t supposed to happen, but Southwest (Livingston County) quarterback Wesley Hughes was certainly glad it did.

The senior accounted for 11 touchdowns — seven passing and four rushing — and 401 yards of offense to aid the second-ranked Wildcats to an 84-36 win over Jasper on Saturday afternoon in an 8-man football game at Jasper High School.

The impromptu meeting between the two teams was planned late in the week after their original Week 8 opponents were forced to cancel due to COVID-19 complications.

“We’re in uncertain times, and COVID is kind of rampant everywhere right now,” Jasper coach Joey Ballard said. “Everything we do is week to week because of it. We got the notice on Thursday after practice that Rich Hill would be unable to play. So we scrambled around to find someone we could play, and Southwest just happened to be one of the teams also looking to play. So we figured we’d take that opportunity to see one of the giants in 8-man football and see where we fit in.”

There were several bright spots for the Eagles (3-3) in their clash with one of the top 8-man teams in the state of Missouri, but in the end, Southwest (6-1) proved to have too many offensive weapons at its disposal for Jasper to keep pace.

“We still have a long way to go,” Ballard said. “This is our first (season) in 8-man and our first time seeing one of the top teams in the state, and we had short notice to prepare.”

And the limited preparation time didn’t help matters for Jasper as it took on a pass-heavy offense unlike any of the teams it had previously faced.

Hughes, completing 20 of 30 passes for 291 yards, picked apart the Jasper secondary with a healthy balance of short and long passes. And at the same time, he kept the defense honest by making plays with his legs — 110 yards on 17 carries — when the Eagles sold out on the pass.

“They showed us a lot of things we hadn’t seen,” Ballard said. “We have to go back to the drawing board and get better. If we make it beyond districts, there’s a chance we may see them again. So we have to be prepared for anything moving forward.”

“We were just happy to get a game in this week, but coming down here and playing as well as we did after a 3 1/2-hour bus ride is obviously really encouraging,” Southwest coach Oren Magruder said. “Wes has been really good this year, but I’d be lying if I said I knew he’d come out here and score 11 touchdowns. … He has total control of the offense and he’s really stepped up and taken command.”

The Jasper offense had a productive day of its own as it scored touchdowns on five of 10 drives and amassed 370 yards.

Running back Mitchell Avalos led the Eagles in rushing with 195 yards on 19 carries. He also scored a touchdown on a five-yard run early in the third quarter to trim the Southwest lead to 50-24.

Quarterback Weston Vonier was Jasper’s second-leading rusher with 69 yards on 14 carries, including a 15-yard touchdown run on the second play of the second quarter. He also completed 8 of 17 passes for 35 yards and one touchdown.

Wide receiver Juan Rivera had a large role in the Jasper run game and accounted for two touchdowns and 65 yards on seven carries. His second score came on a 55-yard scamper that trimmed the Southwest lead to 76-36 with 4:01 remaining in the fourth.