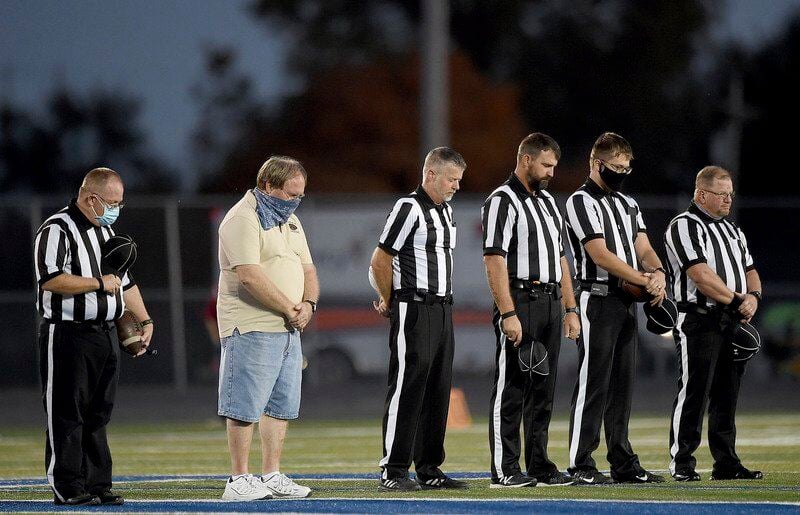 Officials observe a moment of silence for longtime official Johnny Roberson before the start of the Carthage-Joplin football game last Friday at Carthage.Globe | Laurie Sisk 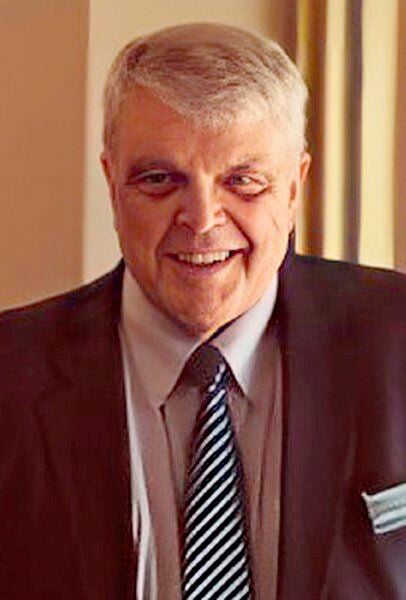 Officials observe a moment of silence for longtime official Johnny Roberson before the start of the Carthage-Joplin football game last Friday at Carthage.Globe | Laurie Sisk

On the football field or basketball court, official Johnny Roberson just had that knack.

When a coach or player was upset with something that had happened, Roberson could approach them, say a few words, and within a few moments everything was fine.

“That’s just his personality,” said Ashley Roberson, his son. “Coach (John) Roderique (of Webb City) told me that when he first started, he was not very good on the sideline. ‘Your dad taught me more how to be good on the sideline than anybody ever.’

“He had the personality to be calm, go with the flow.”

“I had Johnny many, many times when I was at Carthage and Joplin,” Carl Junction football coach Doug Buckmaster said. “Whenever we had a big game or when we were playing someone that was going to be a tough game to control, Johnny Roberson was the one I wanted. Johnny could control a football game. He handled himself very well and he handled players. That was one thing that always stood out Johnny was his ability to do that.”

Roberson, who was a football and basketball official for more than 50 years and officiated volleyball for a few years, died last Friday at age 73. Services will be held at 10 a.m. today at First Baptist Church in Joplin.

“There wasn’t a better man than Johnny Roberson, a good man, a good Christian man,” Buckmaster said. “He was an outstanding official. Johnny was great for Joplin and the surrounding area for everything he did in his life.”

“He was a terrific guy. He was the top of the top,” Rhinehart said. “He refereed for a long time. He started when he was 18. He was the most knowledgeable person on football rules that I knew. I looked at him like the Carl Lewton (former baseball umpire) of football.

Ashley was a member of his father’s football crew for approximately 15 years.

“It was a lot of fun, a blast,” Ashley said. “And I figure we did it together longer. At the football meetings when he did his training, he tested it on me before I started referring.”

The two also sat side-by-side while operating the game clock and play clock for Missouri Southern football games and running the clock and keeping the scorebook at Lions’ basketball games.

“I’d say he did the football clock for probably close to 40 years,” Ashley said. “I’m 48, and I can be remembering being 8, 9, or 10 ... he’d take me to the games and I’d go crazy running up and down the hill while he ran the clock. We did it together at least 25 years. I figure he’s seen more Missouri Southern football games than anybody.”