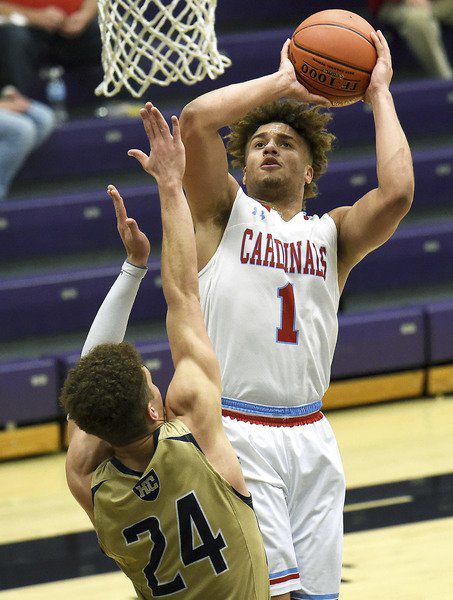 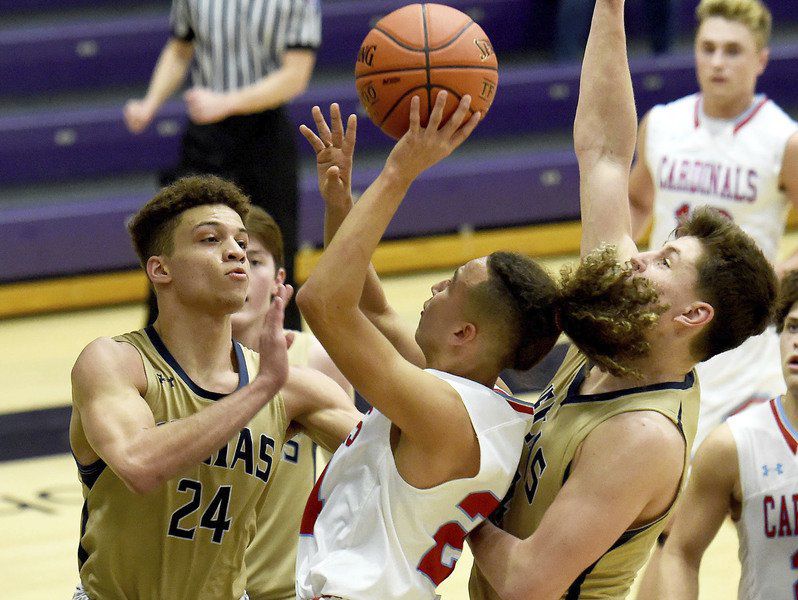 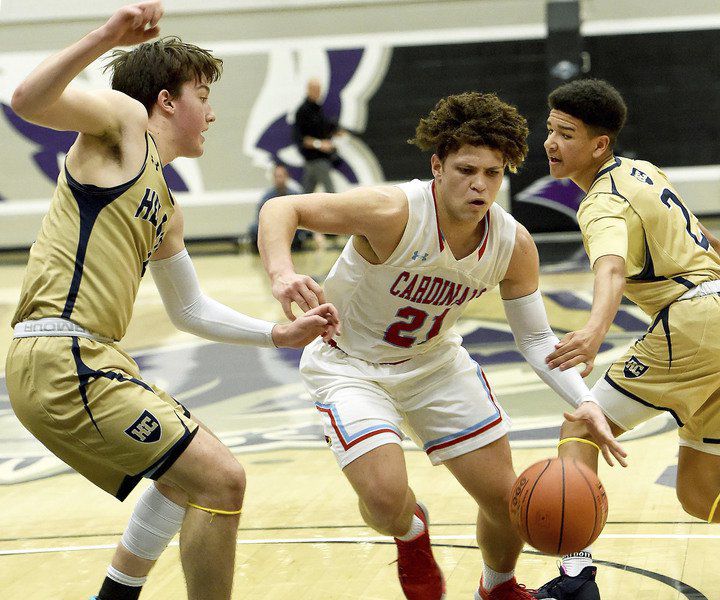 BOLIVAR, Mo. — A trip to the Final Four wasn’t meant to be for the Webb City Cardinals.

Empty possessions down the stretch were too much to overcome as Webb City suffered a season-ending 63-54 loss to Jefferson City Helias Catholic on Saturday in a Class 4 quarterfinal boys basketball clash inside the Meyer Sports Center on the campus of Southwest Baptist University.

In a game played in front a small crowd because of MSHSAA’s attendance restrictions due to concerns over the spread of the coronavirus, Webb City (17-10) failed to score in the final 1 minute, 50 seconds.

“I thought our kids battled and played really hard,” Webb City coach Jason Horn said. “Unfortunately, we just didn’t make enough plays in the second half. We haven’t been in this situation before. There were times we were hesitant. You have to give Helias credit. They made baskets and free throws down the stretch, and that was the difference in the game.”

Playing their final game for the Cardinals were seniors Tanner Rogers, Colton McKee and Terrell Kabala, a varsity performer since his freshman year.

“We’re hurting for our three seniors,” Horn said. “I’ve been with them for four years, and I’ve watched them grow up. They’re going to do big things, but we wish we could have gotten this one for the senior class.”

Kabala scored 21 points and handed out four assists in his final prep outing.

“He carried us for a stretch,” Horn said of the Arkansas-Fort Smith recruit. “We tried to isolate him and get the ball in his hands. I’ll ride with him any game. He’s a big time player. He’s by far the most talented player I’ve coached.”

Junior guard Nickhai Howard contributed nine points, nine rebounds and three assists. Rogers, the school record-holder for 3-pointers made in a season, and junior forward Gary Clinton added six points apiece for the Cardinals, who made 21 of 46 field goal attempts (46 %).

Webb City had 19 turnovers, while Helias had seven. Marcus Anthony led the Crusaders with 21 points and seven rebounds. Helias hit 24 of 56 shots (43 %).

The game featured stellar guard play on both sides.

“When you watch Webb City on film, you wonder how you can keep them out of the paint because they’re talented off the dribble,” Helias coach Joe Rothweiler said. “But we’ve got some guards that can go too. I thought we made it tough on their guards and that was the game plan.”

Fueled by their defensive pressure, the Crusaders put together a 15-2 run in the third period. Rothweiler said pushing the pace was key to the burst.

“In the first half we played way too slow,” Rothweiler said. “We said at halftime that we wanted to play faster at our typical pace if we wanted to win this game. But even after that run, we knew it wasn’t over.”

“We’re similar teams,” Horn said. “Both teams want to play fast. Helias does a good job of pressuring the basketball. They didn’t have the defensive breakdowns we had in the second half. When we tried to trap, they rotated well.”

Down three entering the fourth quarter, Webb City pulled within two with 1:50 left after Howard’s putback, but the Cardinals had three empty possessions and a crucial turnover in the final minute before they were forced to foul. Helias made 7 of 8 free throws late in the game to earn a semifinal berth for the first time in four years.

Webb City was in the quarterfinal round for the first time since 2008, and Horn noted it was a memorable season.

“It’s big for the program,” Horn said of the postseason run. “And we’ll have a lot of good players coming back. This experience will be huge for them. We’re going to work to get back to this point. Our future’s bright.”