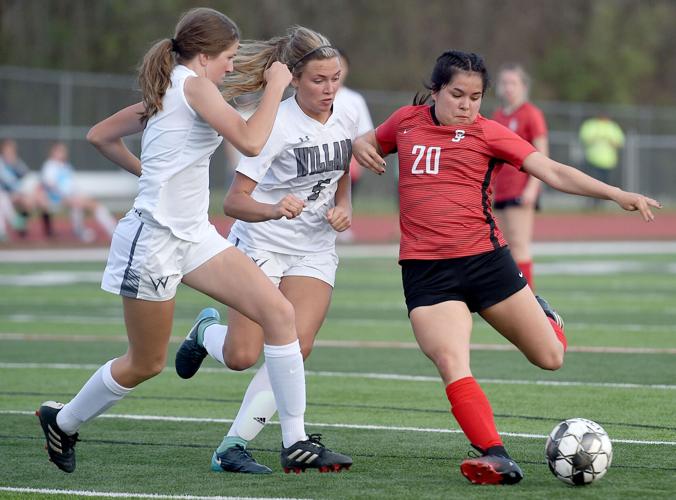 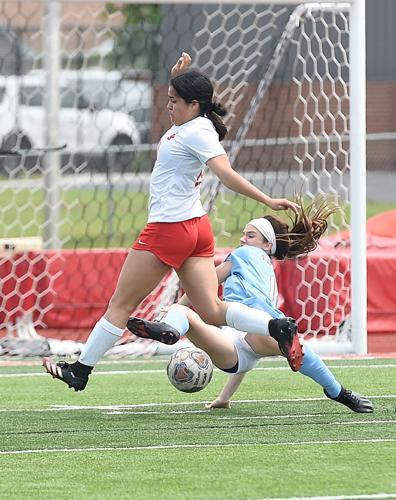 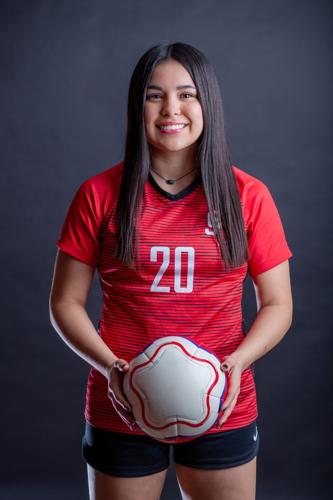 Lauren Burgess did a little bit of everything for the Carl Junction Bulldogs this spring on the soccer field.

She’s been named the Globe’s girl soccer player of the year for the 2021-22 school year.

A four-year starter, the senior forward led the Bulldogs to their first state quarterfinals appearance in school history — where they fell to Glendale 4-0. Carl Junction finished 21-6, which was the program’s winningest season since the team went 23-4 in 2014.

As a junior last year, Burgess possessed the ability to score seemingly at will as she led the Bulldogs with 18 goals. But her ability to create for her teammates was still a work in progress.

Burgess ranked third on the team with six assists.

What a difference a year can make.

In her senior campaign, Burgess tallied a team-high 26 goals and 22 assists.

“From last year, I think she grew as a player as far as composure and as a team player,” Carl Junction coach Ed Miller said. “She had almost equal goals to assists. That created more chances for her to score because she became a two-threat player. Last year I thought she rushed it a little bit with opportunities she had, but this year, she took her time and figured out where to place it and finish a lot of those opportunities.

“The experience and the composure around the goal made her a quality player and a threat every game to watch out for.”

Burgess attempted a team-best 95 shots on the season, 66 of which were on goal. She averaged 4.3 shots and three shots on goal while dishing out at least one assist per match.

Burgess wasn’t always a forward for the Bulldogs. She previously played fullback, but a position switch allowed her to become a well-rounded player for Carl Junction.

“We moved her into a forward because of her athleticism, and I think she learned that position,” Miller said. “She did a good job with that. She’s fast, she’s quick, she’s aggressive. That helped her out a bunch. She relied on her experience from club soccer when she was younger. When she was put in big situations, she had been through it enough times and she knew what to do from her experience.”

Perhaps the biggest play of Burgess’ career came when she found the back of the net in the 77th minute to lift Carl Junction past Branson 1-0 in the district title game.

It was the Bulldogs’ first district championship since 2019.

Burgess is headed to the University of Arkansas, where she plans to play club soccer.

“I was really pleased to see her growth from last year to this year,” Miller said. “She really transformed.”

Derek Shore is a sports reporter for The Joplin Globe. Reach him at sports@joplinglobe.com.

Do you support a gas tax holiday, temporarily eliminating the 18.4 cents per gallon federal tax on gasoline?