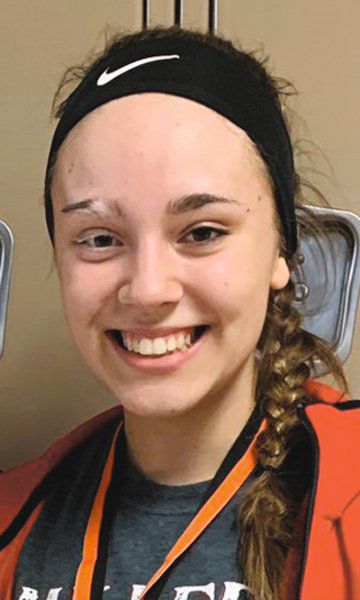 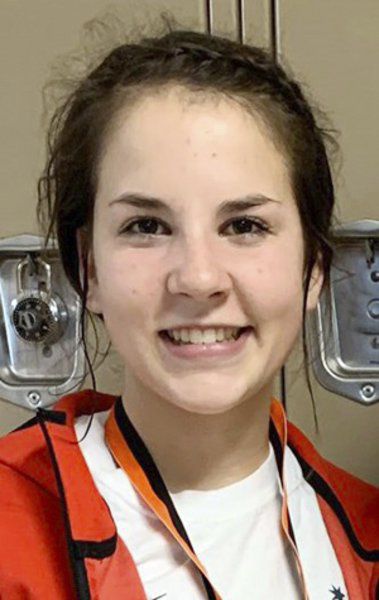 Featuring one of the youngest starting lineups in the region, if not the state, the Miller High School girls basketball team is off to a stellar start to the 2019-20 campaign.

With four sophomores in the starting five, the Cardinals have earned three signature wins in the past two weeks to hike their record to 12-2.

“We have some outstanding players who can score, but our team defense has been the key,” Miller coach Hannah Wilkerson said of her team’s impressive start. “We really focus on our defense, and we’ve done a good job of forcing turnovers to create offense.

“And we have 11 girls who have a winning attitude and you can’t teach that. I’m fortunate that I have a team that wants to get better and they do whatever it takes. Our girls also accept their roles, and we’re just playing really good team basketball right now.”

Ranked second in Class 2 by the Missouri Basketball Coaches Association, Miller went on the road and beat previously undefeated El Dorado Springs 53-47 on Monday night. Miller built an 11-point lead by intermission against the Class 3 Bulldogs, who entered the game at 12-0.

“We hit seven 3-pointers in the first half,” Wilkerson said. “They made some adjustments in the second half and it was a non-stop battle. They’re tough and they have a lot of size.”

El Dorado Springs pulled within one in the fourth quarter, but the Cardinals made more than enough winning plays late in the game.

A 5-foot-6 guard, Hadlock was the Southwest Conference’s Player of the Year last year after averaging 17 points per game as a freshman. A 5-8 guard/forward, Helton can score from the paint or from the perimeter. The 5-7 Richardson is another guard, while the 6-foot Kingsley is a post player.

Wilkerson noted the sophomore class is a special bunch.

“That group has played a lot of basketball together and they set the tone for our team,” Wilkerson said. “They’ve had to grow up fast because they played a lot of minutes last year as freshmen. And they’re already leaders on and off the floor. They play at a higher level than what their grade is. They’re super young, and they continue to get better. They’re fun to be around, and they know they can still improve.”

The 5-5 Epps, the lone senior on the roster, is another guard.

In the previous week, Miller traveled to eighth-ranked Blue Eye and left town with a 55-49 win. Hadlock scored 22 and Helton added 17.

“That was also a huge win for us,” said Wilkerson, who scored more than 3,700 points during her prep career at Miller. “We’ve won some big games on the road, and that’s exciting because we won’t be at home for district.”

The victory over Blue Eye came just days after the Cardinals beat No. 5 Skyline 41-38. Helton scored 18 and Hadlock added 10 in that one.

“Skyline is a solid defensive team,” Wilkerson said. “And they’re in our district, so we could see them again. It won’t be easy to beat them a second time.”

Freshmen Haylie Schnake, Emberlynn Kingsley, Kylee Rinehart, Addison Stockton, Alyssa Hill and Hailey Mart have all been getting varsity minutes for the Cardinals this winter.

Wilkerson noted her squad has its goals set high.

“Last year was a learning experience,” Wilkerson said. “We’d like to go further this year, but nothing is a given. We have to work hard. I’ve seen improvements this season and that’s exciting to see. But we can’t get comfortable. We have to keep getting better.”