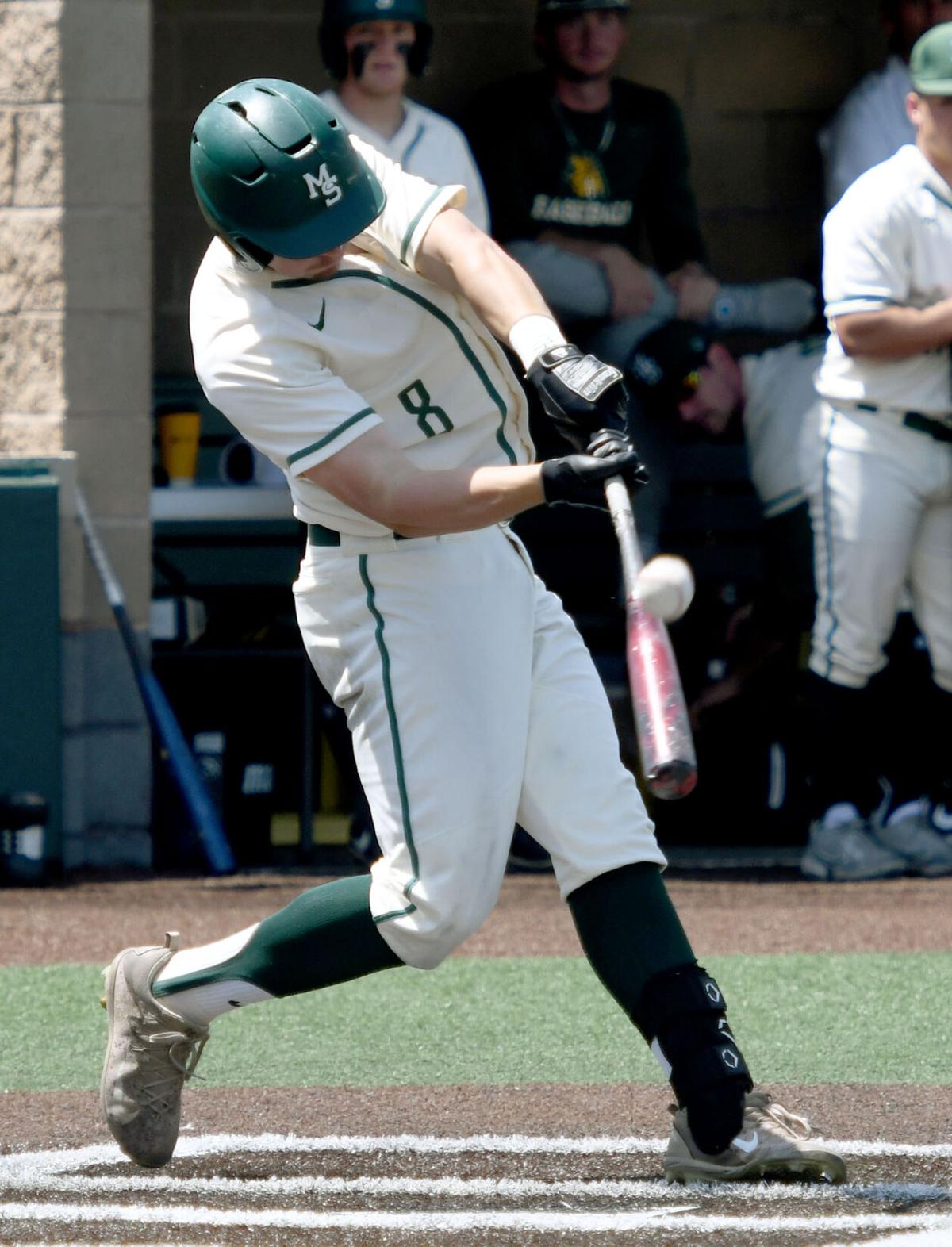 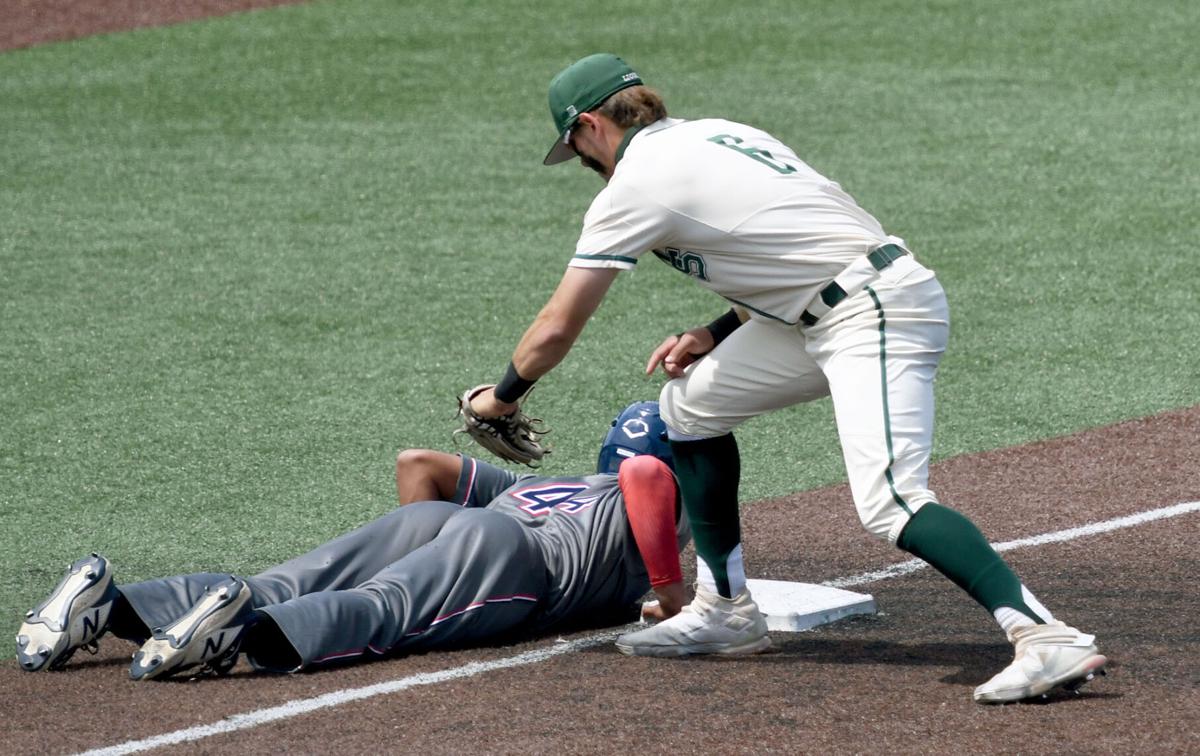 Rogers State’s Jerry Davis (44) scampers back to third base as Missouri Southern’s Henry Kusiak (6) applies the tag during their game on Saturday at Warren Turner Field.Globe | Laurie Sisk 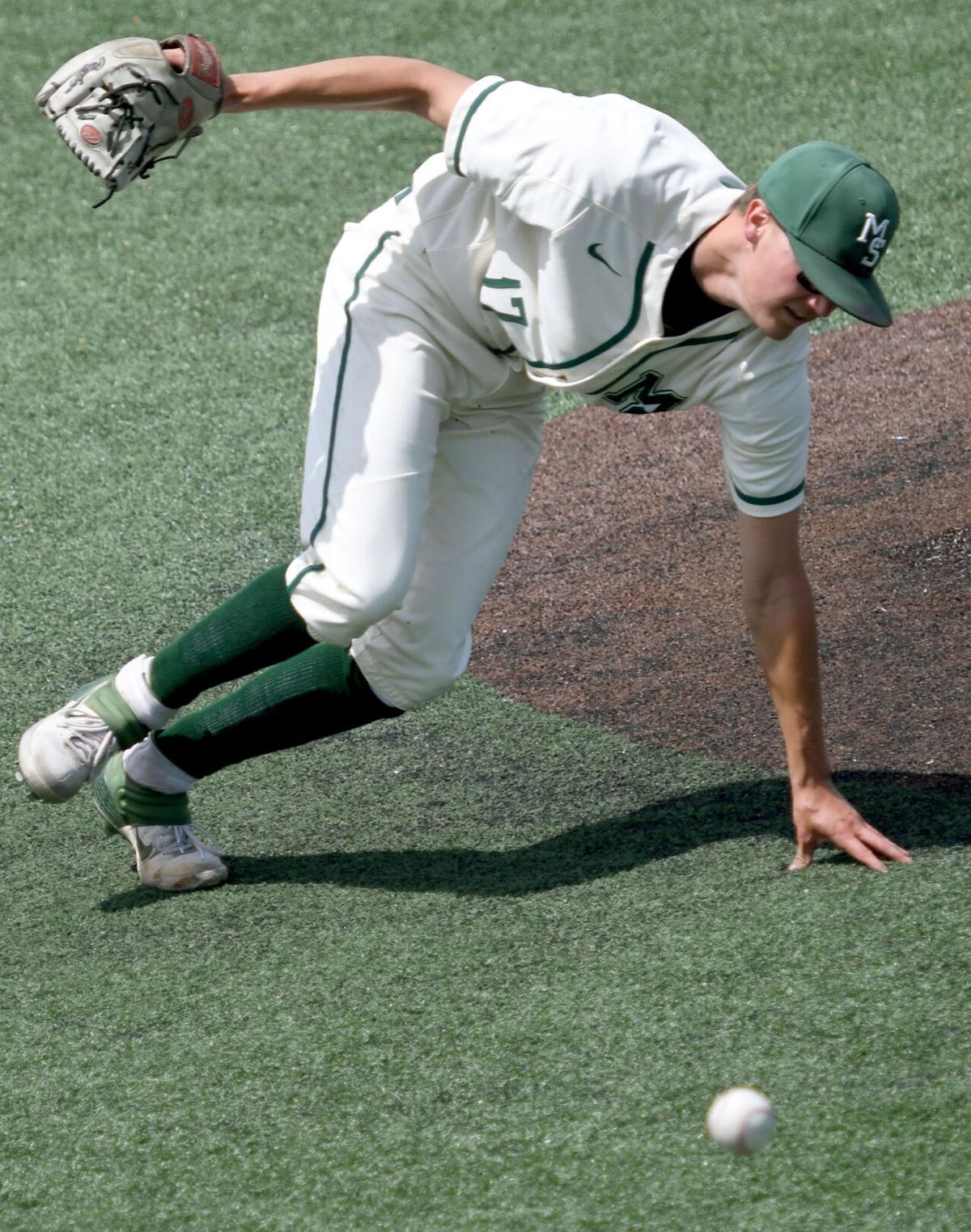 Missouri Southern reliever Scott Duensing chases after a ground ball during the Lions' game against Rogers State on Saturday at Warren Turner Field. 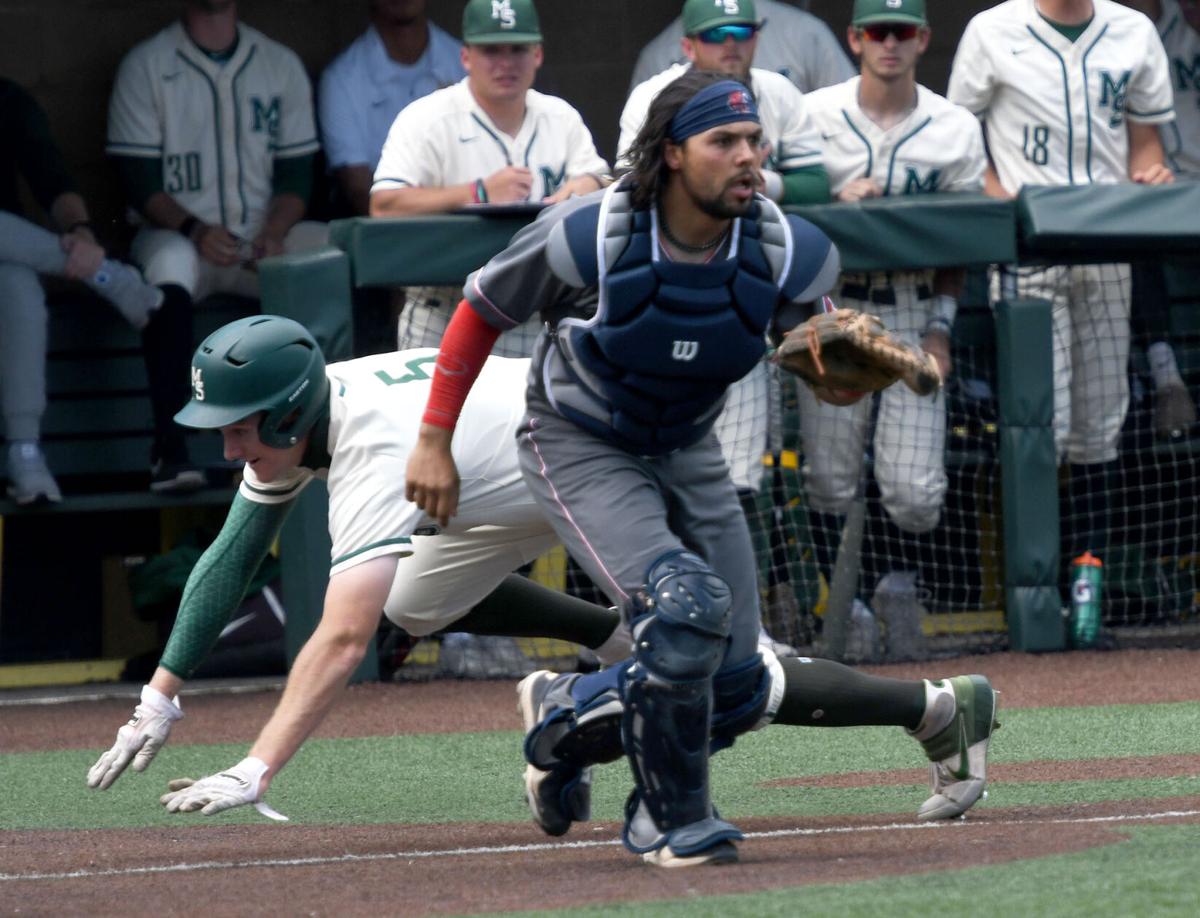 Rogers State’s Jerry Davis (44) scampers back to third base as Missouri Southern’s Henry Kusiak (6) applies the tag during their game on Saturday at Warren Turner Field.Globe | Laurie Sisk

Missouri Southern reliever Scott Duensing chases after a ground ball during the Lions' game against Rogers State on Saturday at Warren Turner Field.

Troy Gagan isn’t known to be an emotional guy.

Saturday, however, was a different story for the Missouri Southern standout during a Senior Day ceremony at Warren Turner Field.

“You can ask a lot of people and they’ll tell you I’m not really a sappy kind of person,” Gagan said. “But I had to hold something back during the senior ceremony.”

Gagan and fellow MSSU baseball seniors Ryan Hunter, Joe Kinder, Zach Parish, Corey Cowan and Will Bausinger were recognized for their contributions to the program before start of their last regular-season game in a Lions uniform — a contest that saw the Lions plate seven unanswered runs in the final three innings for a 10-4 win over Rogers State.

“This place has been my home,” Gagan said. “They welcomed me in and took my short-tempered self and made it work. I’m forever grateful for that and this senior group. We have a special connection. It’s awesome. Not only are you teammates, but you’re also brothers. It makes the chemistry better and it makes it a lot more enjoyable to play.”

It was a fitting Senior Day performance for Gagan, who finished 3 for 5 with two doubles, three RBI and two runs scored. The utility player also had a defensive highlight in the top of the ninth inning when he managed to glove an awkward popup in right field despite having to battle the afternoon sun.

“It’s not surprise that he came up big today,” MSSU coach Bryce Darnell said of Gagan. “He’s done that time and time again throughout his career. So we’re really proud of him and we’re just really proud of this senior group.”

Parish, who became the all-time NCAA Division II career strikeout leader on Friday afternoon, and Bausinger were both inactive after pitching the day before.

“The character and the leadership of our seniors, all of them, has just been unparalleled,” Darnell said. “I have 100% faith and trust in those guys. So I’m just really glad we could have a really good season and win on Senior Day.”

“It’s not as good as finishing first or second, but it’s a tough league,” Darnell said. “Central Oklahoma is a really good opponent. For them to finish sixth, that tells you the quality of our league. So we have our hands full next weekend.”

MSSU’s triumph in the regular-season finale was made possible by a two-run seventh and five-run eighth that dug the Lions out of a 4-3 hole.

Tommy Stevenson ignited the Lions with a solo home run to left-center field in the seventh before Dexter Swims drove in a run on a single to center field to put Southern up 5-4.

Much like the the Lions opened the series when they plated 11 runs on nine hits in the first inning of Game 1 on Friday, they erupted for five runs on six hits in the eighth frame on Saturday to all but put the game on ice.

“We weren’t really good offensively this weekend with the exception of a few innings,” Darnell said. “We started out well and ended well on offense, but their was definitely a lull between. So hopefully we can be more consistent next week.”

The five-run inning was highlighted by an inside-the-park home run by Clay Milas as well as RBI at-bats by Henry Kusiak and Gagan.

Milas finished 4 for 5 with three RBI and two runs scored.

The MSSU bullpen came up big as Scott Duensing, Logan VanWey, Cole Woods and Cowan tossed a combined 3 2/3 shutout innings. The relievers limited RSU to a combined seven hits while striking out five.

VanWey struck out three and picked up his second win of the season after 1 2/3 innings of work.

Jacob Davis made his second start of the season and went 5 1/3 innings, surrendering three earned runs and seven hits while striking out one.