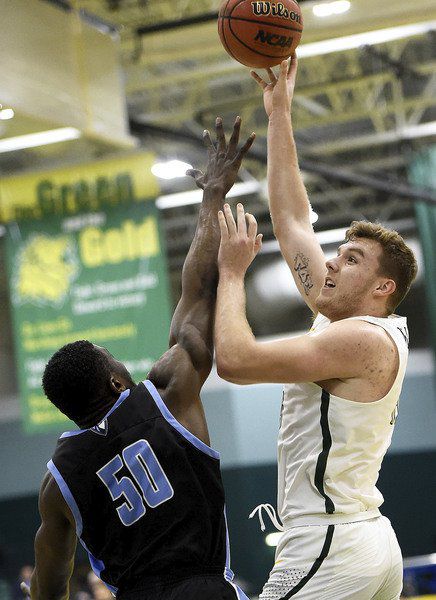 Missouri Southern's Cam Martin scores and draws a foul on Upper Iowa's Munachiso Okonkwo (50) during their game on Wednesday afternoon at Leggett & Platt. 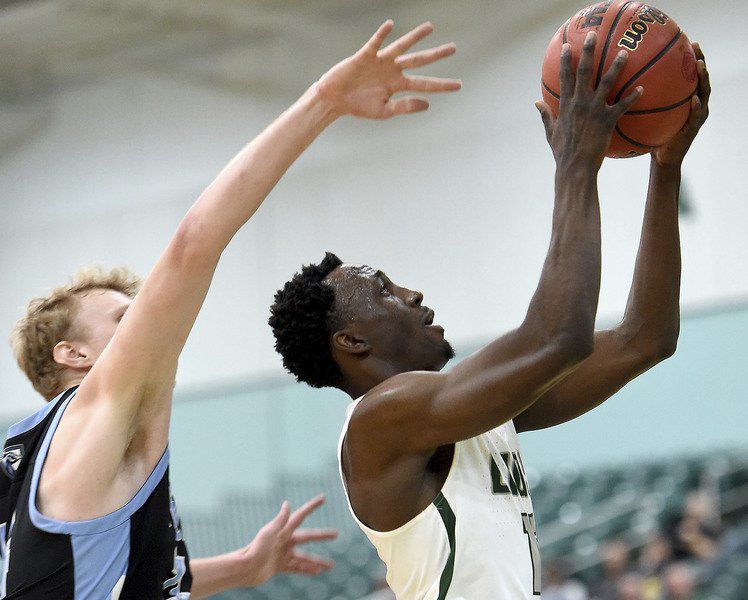 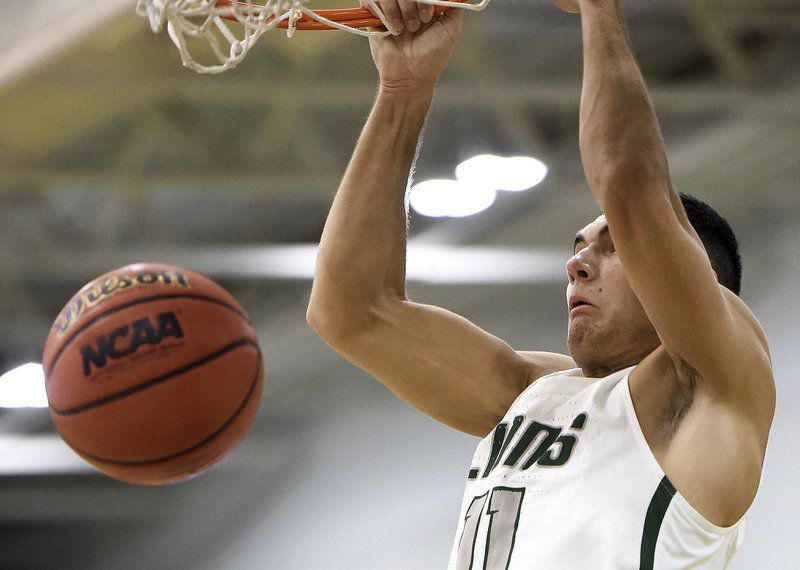 Missouri Southern's Kinzer Lambert stuffs a dunk during the Lions' game against Upper Iowa on Wednesday afternoon at Leggett & Platt. 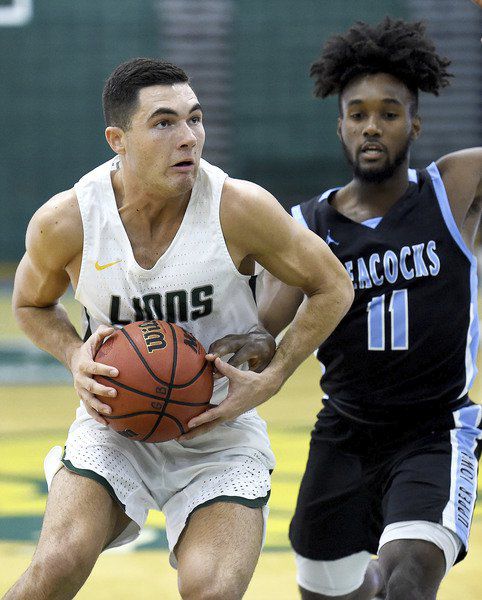 Missouri Southern’s Kinzer Lambert moves past Upper Iowa’s Peghuentz Pericles during their game earlier this season at the Leggett & Platt Athletic Center. The Lions are home for two games this week — tonight against Nebraska-Kearney and Saturday afternoon against Fort Hays State.

Missouri Southern's Cam Martin scores and draws a foul on Upper Iowa's Munachiso Okonkwo (50) during their game on Wednesday afternoon at Leggett & Platt.

Missouri Southern's Kinzer Lambert stuffs a dunk during the Lions' game against Upper Iowa on Wednesday afternoon at Leggett & Platt.

Missouri Southern’s Kinzer Lambert moves past Upper Iowa’s Peghuentz Pericles during their game earlier this season at the Leggett & Platt Athletic Center. The Lions are home for two games this week — tonight against Nebraska-Kearney and Saturday afternoon against Fort Hays State.

In a game matching two of NCAA Division II’s most productive 3-point shooting teams, Missouri Southern went inside to decide the outcome.

The No. 15-ranked Lions constantly pounded the ball inside to Cam Martin to start the second half, and he responded by scoring 37 points during a 105-90 victory over Upper Iowa on Wednesday afternoon on Robert Corn Court inside the Leggett & Platt Athletic Center.

From there, Martin sank two free throws after grabbing his own missed shot, took a pass down low from Elyjah Clark for another three-point play, scored once again on the inside and made two charities for a 54-44 lead with 15:26 left.

"They started guarding us more at the 3-point line in the second half because we were shooting it pretty well at the beginning of the game," Martin said. "The second half they tried to play me one-on-one a little bit so we started pounding it in, getting me the ball. ... If teams want to double-team me, I can kick it right back out and we shoot wide-open 3s. It's hard guarding me with just one person, so they have to pick if they want open 3s or two people on me. It helps me out a bunch with our guys' ability to shoot 3s."

"It's nice when you have a big guy who can finish through contact and while he's got guys hanging on him, too." Lions coach Jeff Boschee said. "And he can make free throws."

The Lions (10-1) stretched their lead to 16 points during the next two minutes as Kinzer Lambert stole a pass on the right wing and drove for a two-handed flush, Parker Jennings hit a 3-pointer from the left corner, Lambert made 1-of-2 free throws and Jennings nailed another trey from the top of the circle for a 63-47 lead with 13:33 left.

Martin made 10-of-14 field goals and 17-of-18 free throws for his 37 points, his second-highest output of the season. He also snagged 10 rebounds and blocked two shots while playing 30 minutes.

Martin missed on his 17th free-throw attempt, leaving him just short of the Lions’ single-game free-throw percentage record held by All-American center Russell Bland, who sank 18-of-18 charities during a 36-point, 27-rebound performance at Southwest Baptist on Nov. 23, 1976.

“I tied one record earlier (by scoring 49 points against Minnesota State-Mankato). Tying it would have been cool, but I want to get some school records for myself," Martin said with a grin.

"Cody (Seidel, assistant coach) didn't say anything the whole game about my free throws until I was 16-for-16. He pointed at it on the (statistics) sheet, so I missed the next one. He said he instantly felt bad for jinxing me."

"It takes all the pressure off me," Jennings said. "As soon as we get the ball in there, he's too big. They can't stop him ... 37 points and a lot of fouls on him. They have to double team, and we have too many shooters for them to do that."

Jennings provided a spark off the bench during the second-half pullaway, hitting 5-of-8 treys while scoring 18 points — all in the second half.

"The first half I was kind of quiet out there," Jennings said. "The second half my teammates were doing a really good job of finding me. I had a couple of good practices the past couple of days, shooting the ball really well. They did a great job of passing me the ball."

Kyle Haber topped the Peacocks (5-6) with 22 points and nine rebounds, going 9-of-15 from the floor and 4-of-6 from long range. Chris Olson and Jareese Williams contributed 20 and 19 points, respectively.

The Lions started fast, jumping out to a 13-0 lead in the first 3:33 behind eight points from Tharp and 23-3 with 13:23 left in the first half. But the Lions' shooting cooled the rest of the half and the Peacocks rallied to a 36-36 deadlock at the intermission.

The Lions held the upper hand in the 3-point shooting, hitting 14-of-36 attempts to the Peacocks' 9-of-25. Missouri Southern has made 128 treys for the season, two more than the Peacocks.