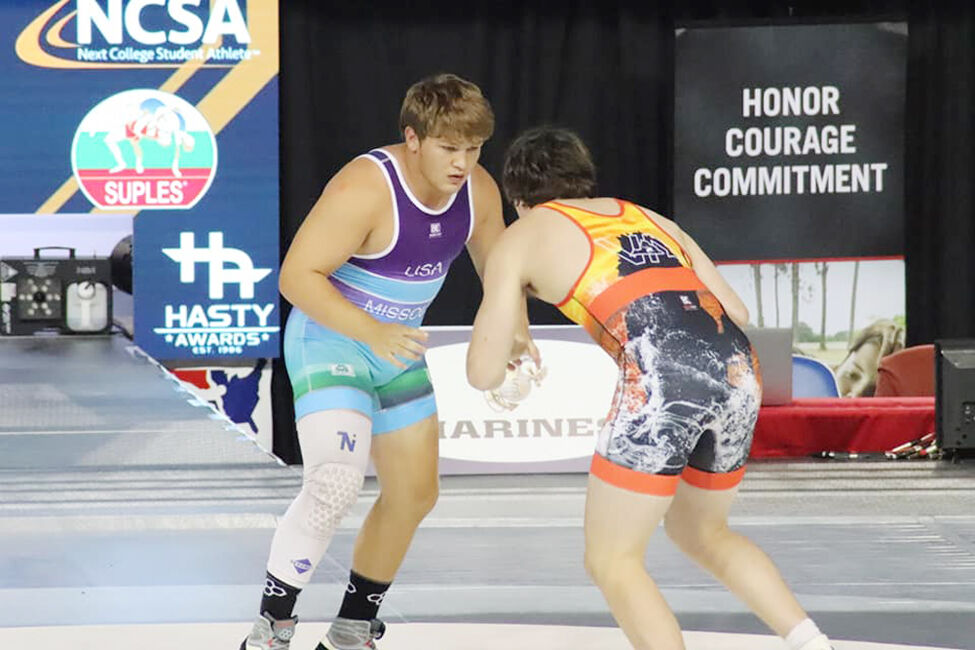 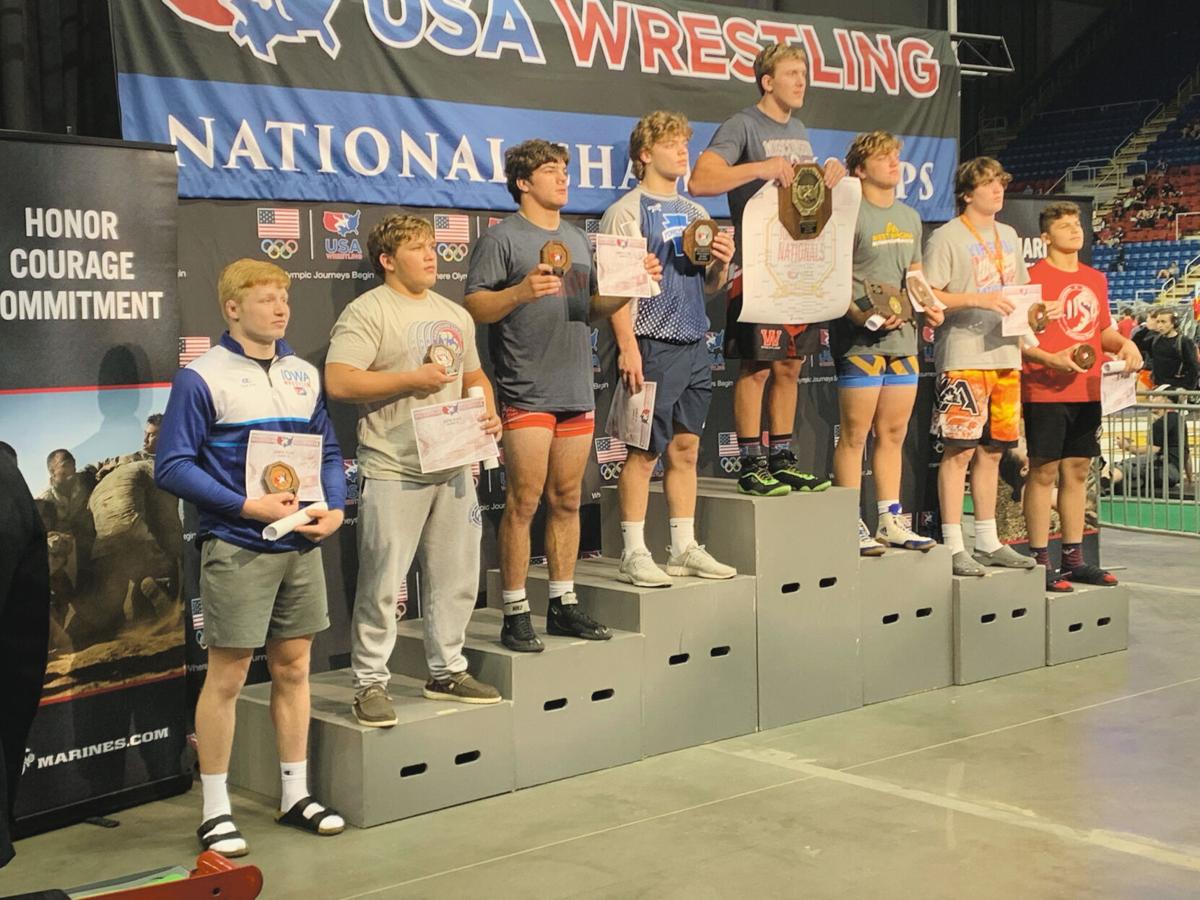 McDonald County’s Samuel Murphy (second from left) poses with other wrestlers on Monday at the 2021 U.S. Marine Corps Freestyle and Greco-Roman Nationals at the Fargodome with his 6th place medal in Fargo, South Dakota.

McDonald County’s Samuel Murphy (second from left) poses with other wrestlers on Monday at the 2021 U.S. Marine Corps Freestyle and Greco-Roman Nationals at the Fargodome with his 6th place medal in Fargo, South Dakota.

He had program history to make.

The 220-pound grappler and sophomore-to-be at MCHS did just that by becoming the school’s first All-American in wrestling this week at the 2021 U.S. Marine Corps Freestyle and Greco-Roman Nationals at the Fargodome in Fargo, North Dakota.

And Murphy didn’t do it just once, but twice. With a 7-5 record on the week, he placed sixth in the freestyle tournament and seventh in the greco tournament to become a double All-American in the 16-under division. Wrestlers had to place top-eight to earn All-American status in both events.

The first All-American honor came in the freestyle tourney that ran July 17-19. After a 2-0 start, Murphy suffered a 5-1 loss in the quarterfinals to Parker Ferrell of Virginia. He then bounced back with 6-0 triumph in the consolation round of eight — also referred to as the bubble round — to officially clinch All-American status.

“It was an unbelievable feeling,” Murphy said. “It was just like, ‘Wow, it really happened.’ It was probably the best feeling I’ve ever had.”

Murphy went on to suffer a 3-1 setback to Pennsylvania’s Austin Johnson before he bounced back again with a 7-0 decision over Ohio’s Max Vanadia in the seventh-place match.

“We’re excited and very proud of Sam for what he was able to do this week,” McDonald County wrestling coach Josh Factor said. “Being our first All-American is one thing, but being a double All-American in both freestyle and greco is an outstanding achievement. I think that’s a lot of credit on his behalf for the time he’s put in in the offseason.”

As a freshman for the Mustangs this past school year, Murphy went 38-8 and placed fourth at the Class 3 state tournament in Independence.

“We always tell our kids that if they want to be successful in the winter, they have to put in the work in the offseason,” Factor said. “Sam is a great testament to that.”

Murphy capped his week in Fargo by going 3-3 in the greco tournament that ran Wednesday and Thursday. He picked up three straight wins with two technical superiorities and one fall to advance to the championship semifinals, which clinched his second All-American honor of the week.

Murphy dropped his remaining three matches to settle for a sixth-place greco finish.

“This gives me a lot of motivation to keep working hard and doing bigger things,” Murphy said. “I still plan on wrestling at a couple more national tournaments (in the fall), and then I want to be that second state champion in McDonald County history this winter. There’s still a lot ahead.”