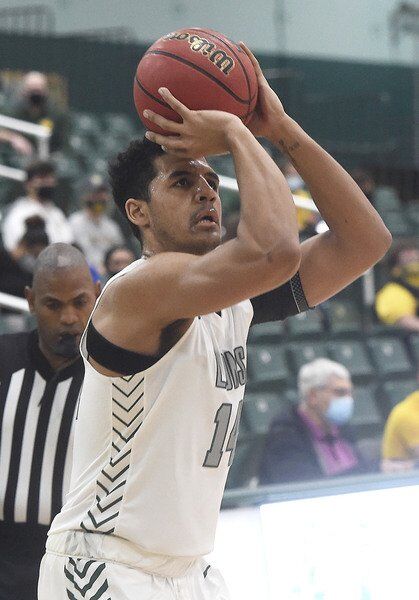 Missouri Southern’s Christian Bundy scores 24 points — one-third of them on four dunks — and grabs eight rebounds in the Lions’ 103-94 victory over Missouri Western on Feb. 12 in St. Joseph. 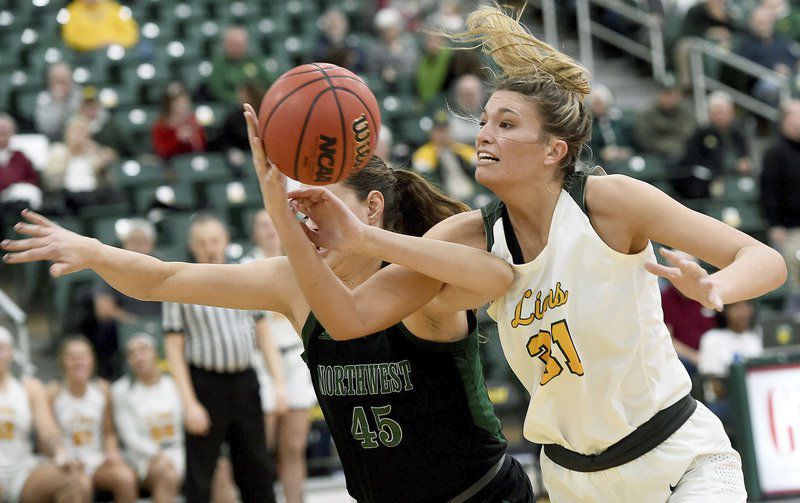 Missouri Southern’s Christian Bundy scores 24 points — one-third of them on four dunks — and grabs eight rebounds in the Lions’ 103-94 victory over Missouri Western on Feb. 12 in St. Joseph.

One of the biggest lessons the last two basketball seasons has taught is to never take anything for granted.

A game or even a season can come to a screeching halt at a moment’s notice due to COVID-19.

“The kids understand how fragile life is and how quickly things can be taken away in a snap of a moment,” Missouri Southern women’s basketball coach Ronnie Ressel said. “You gotta appreciate the things you get to do being a college athlete. You have to take advantage of every opportunity you have. From last year, you just never knew from week to week whether someone would test positive or not.”

But the most important thing talked about Tuesday was the MIAA played its full conference slate and regional tournament last season despite all the hurdles.

“It was just the opportunity to get back out there and play,” Lions men’s coach Jeff Boschee said. “I missed the first four games due to my wife being quarantined, and I learned a lot about my team. I had some pretty rough moments in my office by myself, but I’m very appreciative that we got to play. It was a blessing we were able to play.”

The coaches and media basketball polls were released during the MIAA Media Day, and to no one’s surprise, Northwest Missouri was the unanimous No. 1 pick in the men’s poll. The Bearcats have won the regular-season title the past eight years, the postseason tournament championship the past six years and Division II Player of the Year Trevor Hudgins is back for another season.

The league picked Washburn (157) to finish second and are 12 points behind Northwest, 16 more than Central Oklahoma. Missouri Southern, which is coming off a 13-10 season, is fourth with 125 points.

The Lions return eight players, as well as four starters off that team. Back from the starting lineup is Stan Scott, RJ Smith, Christian Bundy and Lawson Jenkins. Winston Dessesow and Avery Taggart also saw significant playing time from a season ago.

“We have a bunch of new guys,” Boschee said. “We actually have a lot of returning guys, but fairly young. Seven freshmen when you count our COVID freshman. We lost a lot with Cam (Martin). We need guys like Christian Bundy, Stan, RJ and Lawson to step up into that bigger role. With Cam being such a security blanket for us, Stan and Bundy weren’t able to show some of the things they were able to do as much. Hopefully, they can get that done this year.”

“We were disappointed with the way it ended last year simply because we had some COVID issues and some injuries at the end,” PSU coach Kim Anderson said. “We have 12 guys back. We added five new guys. Two of them are high school players and three of them are junior college players and transfers. We had some injuries early on we will have to do with, but I think the big key with our team is how will that depth play out with 17 guys?

“We need the depth. Hopefully, some of the new guys will pick up the slack while we have these injuries.”

If the women’s poll is any indication, there should be an entertaining battle for the league championship.

Only six points separate the top three teams, led by defending MIAA regular season conference champion Fort Hays State, which tops the poll with 159 points. Central Missouri sits in second with 154 points, while Nebraska Kearney is right behind with 153.

Emporia State is slated to finish fourth, followed by Central Oklahoma, Washburn and then Pittsburg State in sixth.

“We have quite a few new faces,” Gorillas coach Amanda Davied said. “We have Mikaela Burgess back as a grad assistant. She has been helpful. We have 14 players and eight of them are returners, six new players. We have a lot to prove this year and they haven’t backed down to that. It’s going to be tough with all the returners in the league and the COVID factor. I think it’s going to be a great challenge for us.”

Missouri Southern is picked to finish ninth in the coaches poll and 10th in the media poll. The Lions, 9-14 a year ago, return eight players and six of them have starting experience. Cassville product Madi Stokes was an All-MIAA selection and an All-Defensive performer last season.

Stokes was the only player in the MIAA to average a double-double, averaging 10.3 points and 10.5 rebounds a game. The 6-foot-3 center blocked a whopping 50 shots, which ranked as the second-highest mark in the MIAA last season.

Supporting Stokes will be Amaya Johns, who scored 7.7 points and grabbed 3.0 rebounds a night. Kaitlin Hunnicutt posted 6.7 points per game and connected on 26 treys as a freshman.

“We have six new kids coming in, so some of those freshmen will get some experience and understand what it takes to play college basketball,” Ressel said. “I think the upperclassmen, the returning kids, have done an unbelievable job explaining what it takes to play at the college level. They have done a great job of communicating that day in and day out with not only our workouts, but when they get into the gym and get their shots up.

“They understand you can’t go half-speed. When you are getting shots up, you have to go full speed. You have to take care of yourself both mentally and physically. They have done a great job with that.”

CARTHAGE, MO - Craig Raymond Lund, 75, a retiree of Jasper County Sheriff's Department, passed away Saturday, October 16, 2021. Private services will be at a later date. Arrangements under the direction of Ulmer Funeral Home, Carthage.