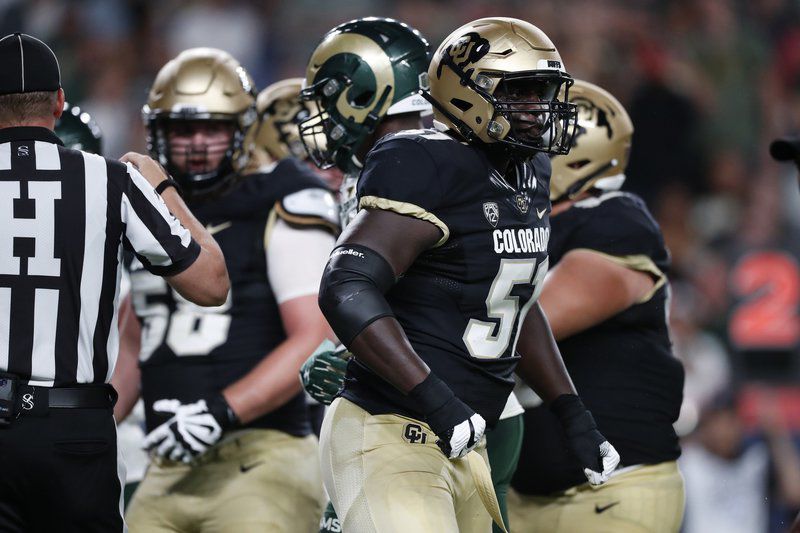 Colorado Buffaloes offensive lineman Arlington Hambright (51) celebrates in the second quarter of a game on Aug. 30, 2019, in Denver.AP FILE 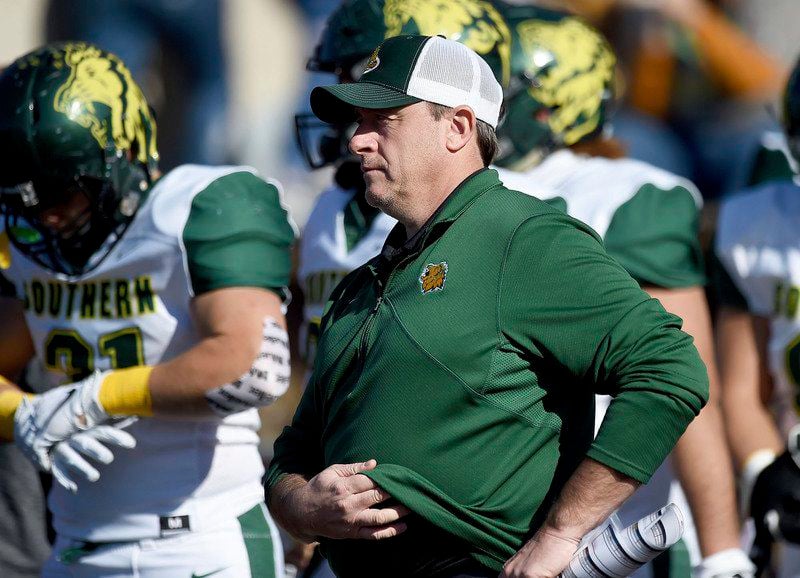 Colorado Buffaloes offensive lineman Arlington Hambright (51) celebrates in the second quarter of a game on Aug. 30, 2019, in Denver.AP FILE

Jeff Sims believes there are football players who simply voice the cliche and there are those who live up to it.

Arlington Hambright, an offensive tackle selected by the Chicago Bears with the 226th pick in the 2020 NFL Draft, was an example of the latter.

“In life and specifically in football, the common thing you’ll hear someone say is that they’re a hard worker and they’re willing to do everything in their power to succeed for their family, their mother or whatever it may be,” Sims said. “I would say Arlington is one of the best at truly believing and living up to that.”

Hambright, the 56th player coached by Sims to make it to the National Football League, said his journey to the professional ranks felt like “a dream that steadily turned into a reality,” and it all stemmed from a chance that Sims took on the Ypsilanti, Michigan, native when he was lightly recruited lineman out of Belleville (Michigan) High School.

“I’ll always consider Coach Sims to be a great coach and even greater person,” Hambright said. “He wants you to be the best player you can possibly be and be successful. He drilled that mindset into me and my teammates every day, and it paid off. Especially for me.”

Jermain Crowell, hired as the head football coach at Belleville in the winter following Hambright’s senior football season, put Hambright on Sims' radar in 2014 when he was the head coach at Garden City (Kansas) Community College. Crowell had previously sent Sims a quarterback named Jayru Campbell, who went on to win a National Junior College Championship at Garden City in 2016 and then reach the Division II national title game with Ferris State in 2018.

“Not to be braggadocious, but we take a lot of pride in the fact that we are consistently recruiting and consistently looking for the guy who wants to make it and has the tools to make it,” said Sims, now the head coach at Missouri Southern State University. “Arlington was a big young man — all of 6-foot-5, 280 pounds, and could play basketball and football. So he had the size and athletic ability.

“In his actions, I really saw a guy who was trying to make it for him and his mother. I think when you ask a question about him and how he is personally, you can see that he grew up in a home where he was expected to carry himself a certain way and treat and love others in a certain manner. In return, when he’s away from that home, he really put in the work to try to represent his mom and do well for her.”

Hindering Hambright in the recruiting process was a lack of hype and promotion for him and his high school team, which won just three games in Hambright’s senior campaign.

“I don’t think he really had a chance to go to many camps and get noticed,” Sims said. “But we took a chance on Jayru, and because we did, I think that assured them that we intended to develop Arlington as a student and an athlete. We saw an enormous amount of potential, and we wanted him to see it though.’”

Then the scholarship offer came. Hambright, who had only been contacted by Division III Olivet College prior to that point, was enthralled by the opportunity to play at Garden City despite hardly knowing anything about the college, the program or the state of Kansas in general.

“When I got offered by Coach Sims at Garden City, it felt like I just got offered by Ohio State or something,” Hambright said, laughing. “It was big to me. They said they were paying for my school, and I had somewhere to stay. That’s all I needed to go further and show I could do something more. I was just blessed and thankful.”

It marked the start of a standout college career that ultimately led Hambright to the Division I ranks. He was part of Garden City’s 11-0 season in 2016 that resulted in an NJCAA national title before he enrolled at Oklahoma State, where he redshirted in 2017 and eventually earned his undergraduate degree.

Hambright started the first five games for the Cowboys in 2018 before suffering an injury that sidelined him until he returned for the Liberty Bowl. And last season, as a graduate student at Colorado, Hambright started all 12 games at left tackle and was named honorable mention All-Pac 12 by the league’s coaches.

“It’s been quite a journey, and I’ll always look back fondly to those days in Garden City,” Hambright said. “That’s where I think the transformation really started. It was my first real chance. Coach Sims, he brought us all together. And years later, it means a lot to me to make him proud.”