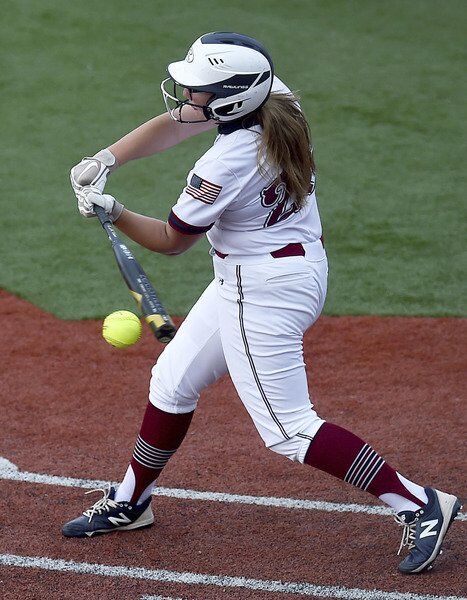 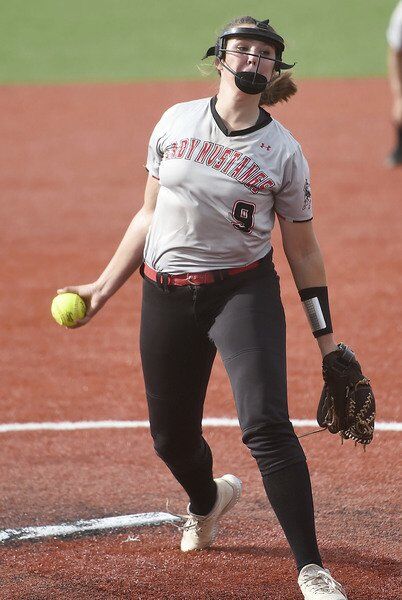 McDonald County's Alexa Hopkins delivers a pitch to the plate during their game against Joplin on Tuesday at JHS. Globe | Laurie Sisk 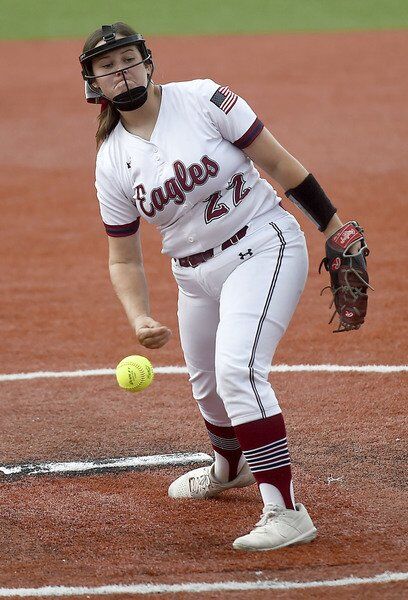 Joplin's Madisyn Tracy delivers a pitch to the plate during the Eagles' homeopener against McDonald County on Tuesday at JHS. Globe | Laurie Sisk 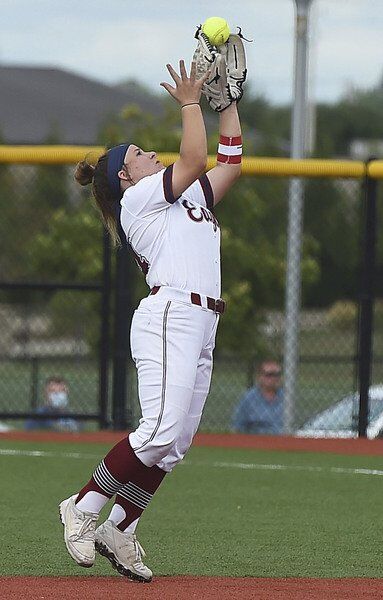 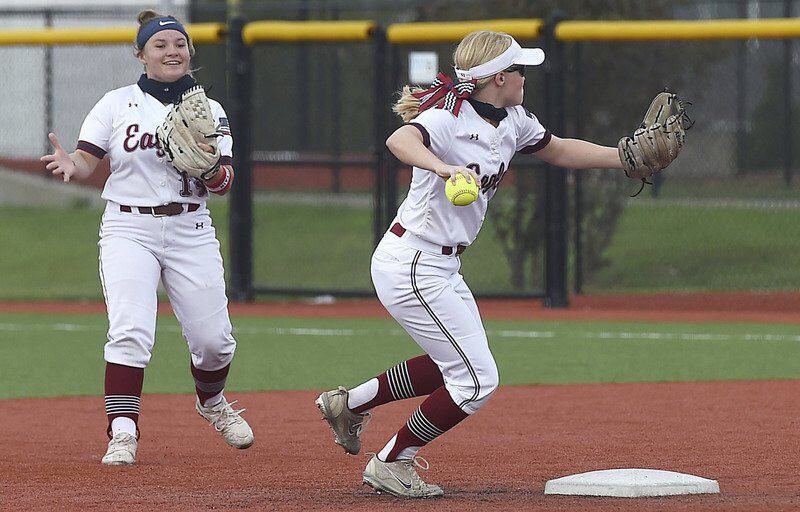 Joplin's Isabella Yust, right, throws a runner out as teammate Reece Shroer looks on during the Eagles' game against McDonald County on Tuesday at JHS. Yust celebrated her Sweet 16 during JHS' home opener. Globe | Laurie Sisk

McDonald County's Alexa Hopkins delivers a pitch to the plate during their game against Joplin on Tuesday at JHS. Globe | Laurie Sisk

Joplin's Madisyn Tracy delivers a pitch to the plate during the Eagles' homeopener against McDonald County on Tuesday at JHS. Globe | Laurie Sisk

Joplin's Isabella Yust, right, throws a runner out as teammate Reece Shroer looks on during the Eagles' game against McDonald County on Tuesday at JHS. Yust celebrated her Sweet 16 during JHS' home opener. Globe | Laurie Sisk

The Mustangs (2-0), ahead 2-1 after three innings, doubled their fun in the fourth as three two-base hits spiced the uprising.

Madeline McCall started the inning with a double to left field, and one out later, she scored on Nevaeh Dodson's double to center. Dodson took third on Adasyn Leach's groundout to shortstop and scored when Deorica Zamora reached on an error. Mariana Salas followed with a double down the left-field line to score Zamora and give the Mustangs a 5-1 lead.

"We try to start with three good at-bats to start an inning and stretch it to five," Mustangs coach Heath Alumbaugh said. "We got three (in that inning) and were able to stretch the lead out, and it ended up being the game. It was a great inning for us."

The Eagles got two runs back in the bottom of the inning.

The Eagles added another run and threatened to take the lead in the fifth.

Bailey Ledford led off with a bunt single, and McCall came in to pitch for starter Alexa Hopkins. Ledford stole second, continued to third on a throwing error, and after Isabella Yust walked and stole second, Ledford scored on a passed ball.

Madisyn Tracy walked and Snider was hit by a pitch to load the bases. McCall retired the next two batters on popups before Shroer's fly ball was caught by left fielder Dodson at the warning track.

"That was a quality at-bat right there," Flores said. "'Ree,' she fouled three or four pitches off before she put a good swing on that one. That's the game sometimes. You're going to put a good swing and they are going to make a good play. We have to keep our head down and keep working."

McCall retired the Eagles in order in the last two innings — four via strikeouts — to earn the save. Hopkins yielded six hits, struck out seven and walked one in four innings.

"It wasn't our best game," Alumbaugh said, "but hats off to Joplin. They scratched for seven innings, kept fighting. We talk about it all the time ... give our pitchers a one-run lead with six outs to go and we'll shut the door. Madeline McCall was able to come in and do that. Alexa Hopkins gave us a great start, gave us a lead, and Madeline came in and shut the door."

The Eagles utilized their speed during the game. Half of their six hits were bunts, and they stole six bases, including two by Ledford.

"We're going to do whatever it takes to win," Flores said. "Whether that's small ball for that game, or maybe we're having good approaches and we're driving the ball a little bit because we do have some girls who can drive it. But our goal this year is to put as much pressure on defenses as we can."

The Mustangs collected seven hits, including a double and triple by McCall and single and double by Salas.

The Mustangs grabbed a 2-0 lead when McCall tripled and scored on Dodson's sacrifice fly to center in the second and Katelynn Townsend singled home a run in the third.

The Eagles got on the scoreboard in the third when McGinnis doubled to left and scored when Kirsten McMillen's perfectly placed bunt rolled into shallow right-center field. McMillen's bunt went between the charging pitcher and first baseman and continued to roll as the second baseman went over to cover first.

"We competed," Flores said. "We continued to grind, and we found a way to put ourselves in position to win it late. That's all you can ask for.

"The girls came out and showcased some of the things we've been working on. I told them 'Let this be the start. We have to continue to grow, continue to get better from here.' But I am 1,000% pleased with what they brought today."

Games on Thursday match Joplin at Cassville and Marshfield at McDonald County.